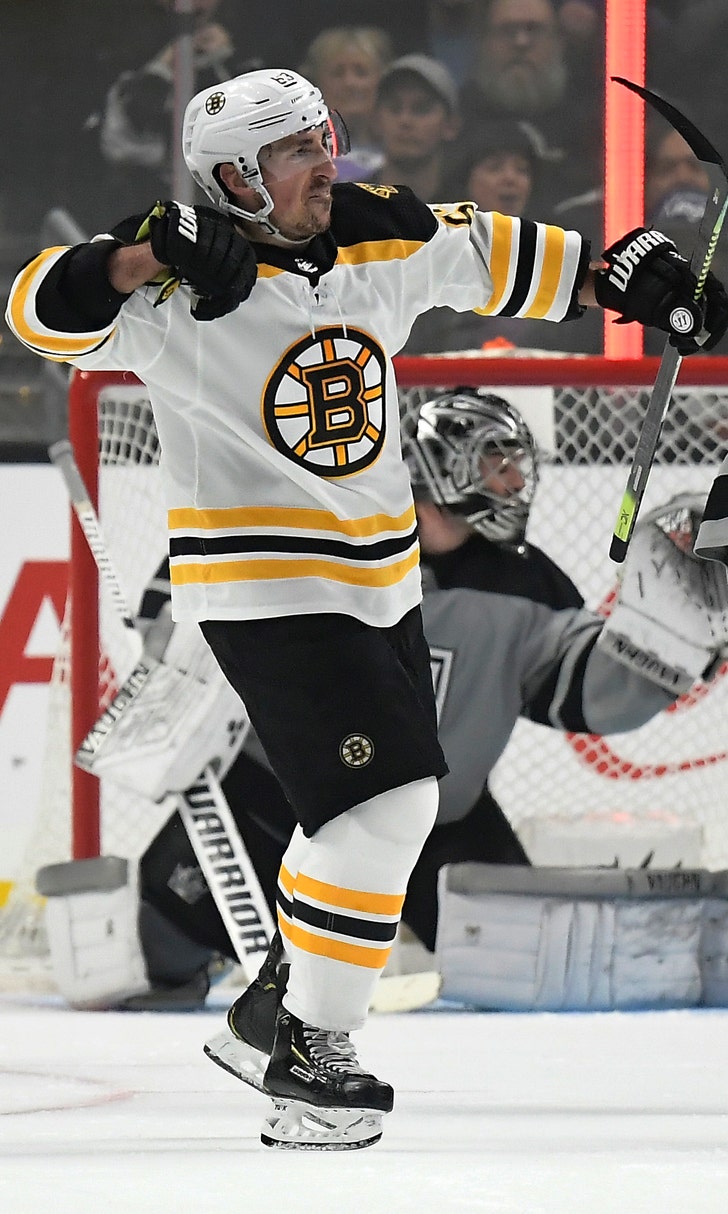 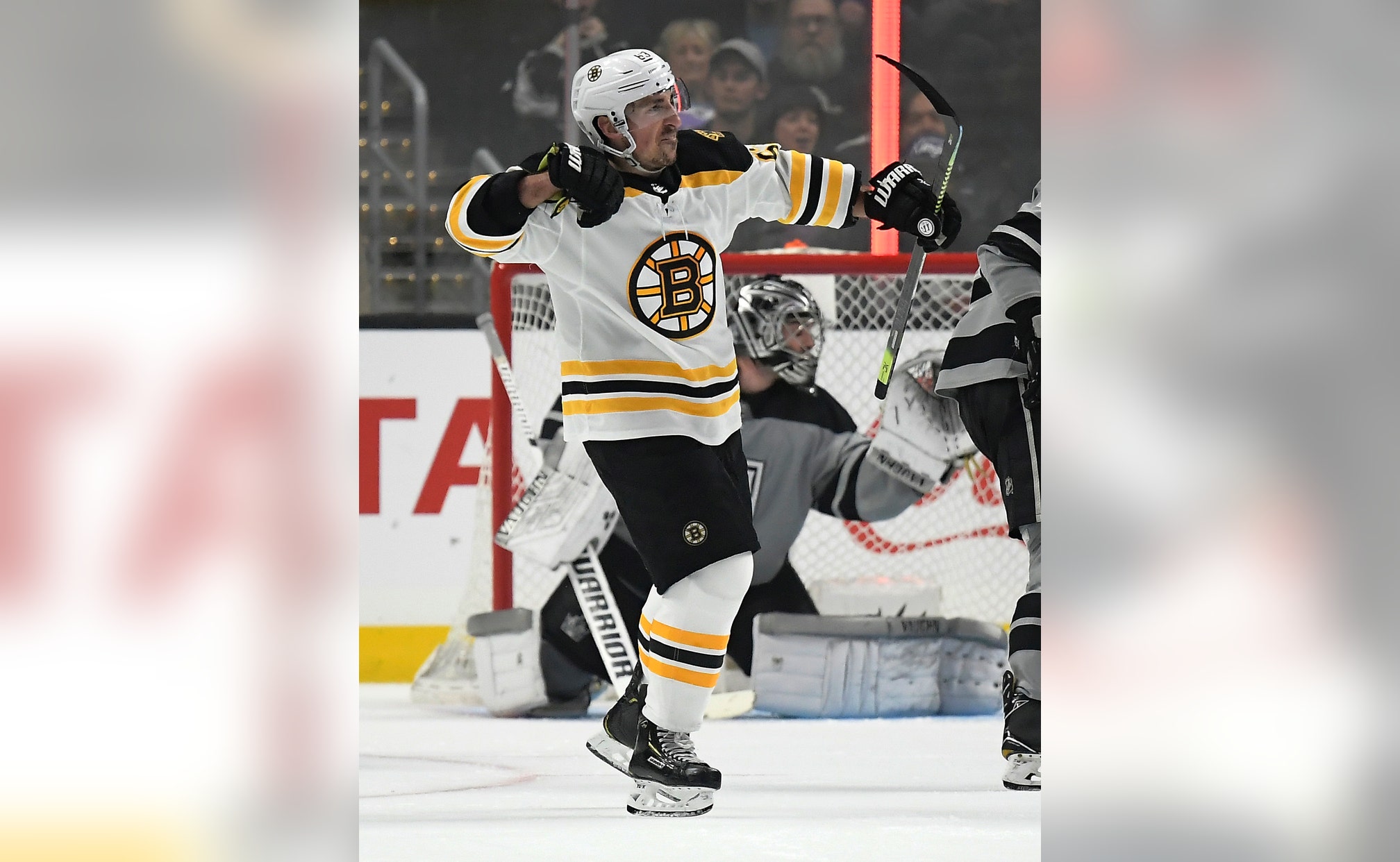 LOS ANGELES (AP) — Charlie McAvoy and the Boston Bruins made one last push in the third period.

McAvoy scored with 1:13 remaining, and the Bruins beat the Los Angeles Kings 4-2 on Saturday night for their fifth consecutive victory.

McAvoy scored on a backhand after Alex Iafallo tied it for Los Angeles 15:37 into the third period. Patrice Bergeron added an insurance goal at 19:23.

"You've got to win in a lot of different ways if you want to be a good hockey club so tonight, it was not that we were behind but it looked like the game was going to get away from us late there and a quick turn of events it goes our way," Boston coach Bruce Cassidy said.

The Bruins improved to 7-0-3 in their past 10 games. Jake DeBrusk scored for the third consecutive game, Brad Marchand got his 23rd of the season and Tuukka Rask made 23 saves.

Ilya Kovalchuk had a power-play goal for the Kings, who have lost four straight. Jack Campbell, a surprise starter with Jonathan Quick out because of an illness, made 20 saves.

Los Angeles appeared to have the momentum after Rask's kick save of a shot by defenseman Paul LaDue went right to Iafallo for his 12th goal of the season, and Marchand was whistled for a hooking penalty on Kings center Jeff Carter 23 seconds later. But the Bruins did not allow a shot on the ensuing Kings power play.

"Very proud of how we played in the third," said Rask, who won his fifth straight start. "Even after they tied the game, a few minutes left and then we get a penalty, we did a great job with that penalty kill. It just shows how resilient our group is."

Kings captain Anze Kopitar shattered his stick over the crossbar of his own net after McAvoy scored, which he attributed to anger over his defending on the play and frustration from the team's inability to produce with the man advantage.

"With four minutes left and having a power play in a tie game, we have to find a way to score," Kopitar said. "We didn't even get in the zone. That's embarrassing."

Rask did his part to stifle the Kings, making a brilliant save on Iafallo late in the second period. Rask is 11-0-2 in his past 13 starts.

"He was the biggest reason why we won the game tonight, obviously," DeBrusk said. "He was holding the fort down and it was impressive to watch."

NOTES: DeBrusk set a career high with his 17th goal of the season. ... Bruins F Karson Kuhlman played 9:47 in his NHL debut. Kuhlman was captain of Minnesota-Duluth's 2018 national championship team and named most outstanding player of the NCAA tournament that season. ... Kings D Alec Martinez will miss one to two weeks after sustaining an upper-body injury against Vancouver on Thursday. With Martinez and Sean Walker (upper body) out, Matt Roy made his NHL debut and played 11:32.