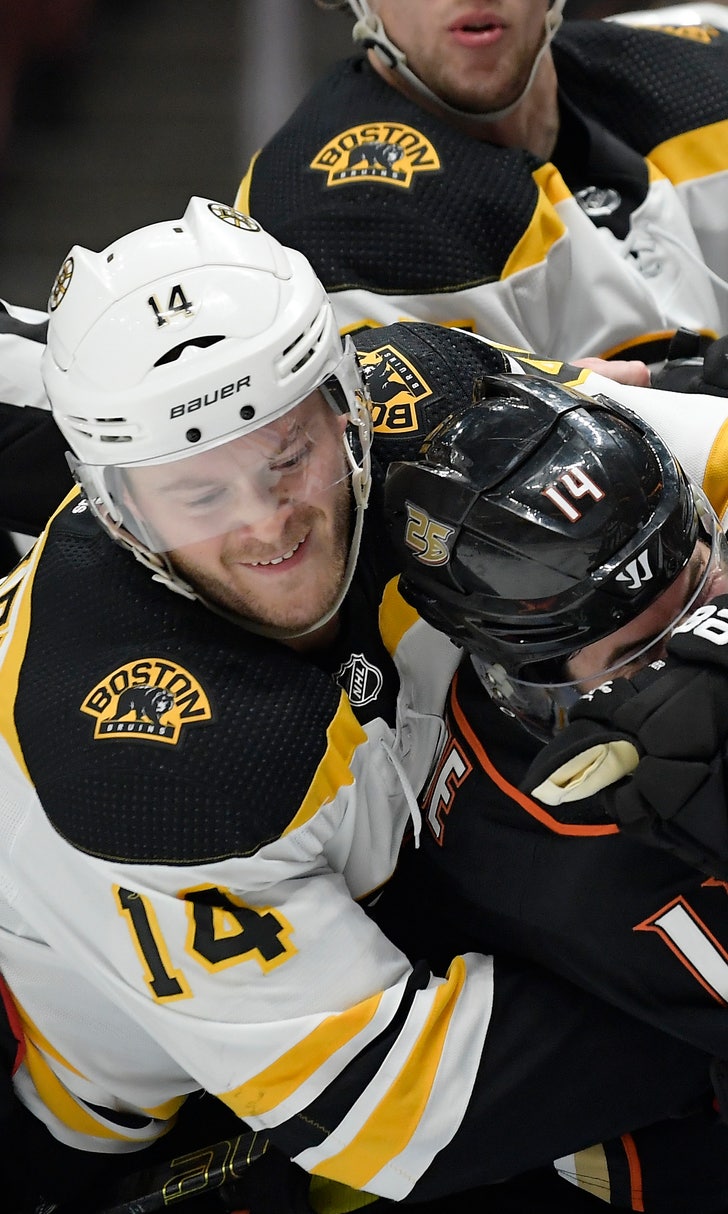 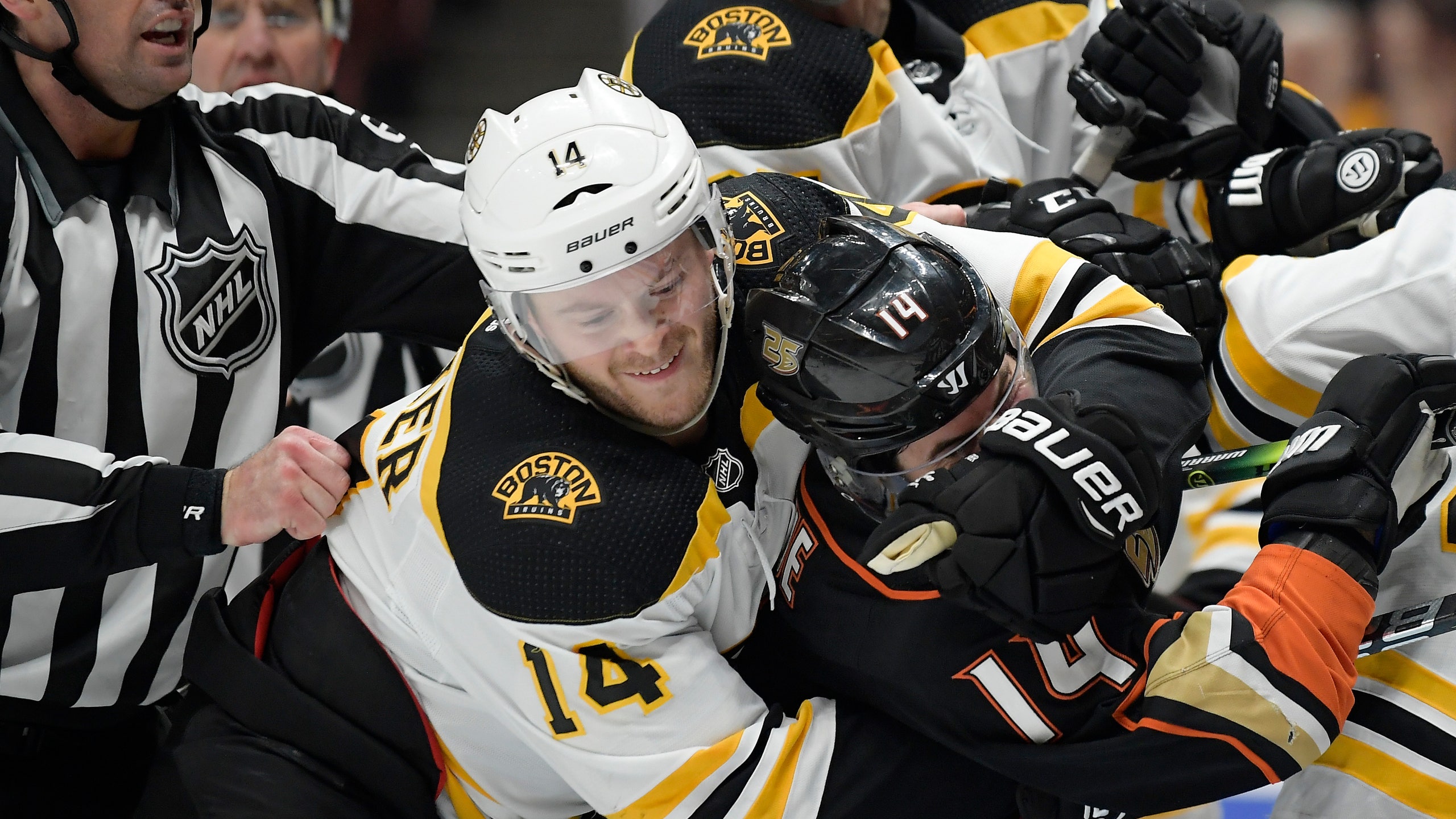 ANAHEIM, Calif. (AP) — The Boston Bruins have been trending in the right direction for a while.

Jaroslav Halak is starting to round into form again.

Halak made 30 saves in his fourth shutout of the season, and the Bruins beat the Anaheim Ducks 3-0 on Friday night for their fourth consecutive victory.

"It's a team effort all the time," Halak said. "Like anytime we win a game or I get a shutout, it has to be everybody on the same page and I think tonight we were for 95 percent of it, and that makes you successful. We opened up the trip on the right note."

Noel Acciari and Jake DeBrusk scored for the Bruins, who have earned at least a point in nine consecutive games. Chris Wagner added an empty-netter with 1:31 remaining.

Halak has won consecutive starts since a 1-4-2 stretch during which he allowed 23 goals. Bruins coach Bruce Cassidy attributed the rough patch to the defense's inability to clear traffic from in front of the net and give the Slovakian goalie a chance to see the puck.

"He had a real hot streak at the start, cooled off a little," Cassidy said. "A product of both those streaks is usually the team in front of you. You play well, they keep the net clear, the goalie is going to look good."

Halak did his part, denying Corey Perry on an odd-man rush that was set up by Rickard Rakell's stellar backhand pass in the opening minute of the second period.

Jones didn't have the angle he wanted initially and hesitated to shoot after racing past three Bruins at the blue line, allowing Halak to square up and make the initial save.

"A couple of times I got help from my D by clearing the puck or making a save for me, but I think it was a good effort," said Halak, who got his 46th career shutout.

Acciari put the Bruins in front 5:31 into the first period when he tipped Carlo's powerful slap shot past Boyle, ending a 16-game scoreless streak.

The Bruins made it 2-0 on DeBrusk's power-play goal 5:07 into the second. Anaheim goalie Kevin Boyle got caught out of position after challenging David Krejci, who easily skated past the rookie and fed DeBrusk for an easy tap-in. DeBrusk scored for the second straight game.

"Yeah, I was grinding for that one, that's for sure," DeBrusk joked. "It was pretty much lying in the crease and I had a front-row view to it, and it was just nice to be in the right place at the right time and help the team."

The Ducks have dropped 20 of their past 23 games. They have been shut out three times in their past nine games and scored a total of nine goals in that span.

"You can't expect to shut teams out every night," Ducks defenseman Josh Manson said. "It's unfortunate, but we know we have to score. It doesn't change anything for us."

NOTES: Torey Krug had the secondary assist on DeBrusk's goal, his sixth assist during a five-game streak. Krug has nine assists in his past nine games. . Anaheim was shut out for the sixth time this season. ... Sean Kuraly had two assists.