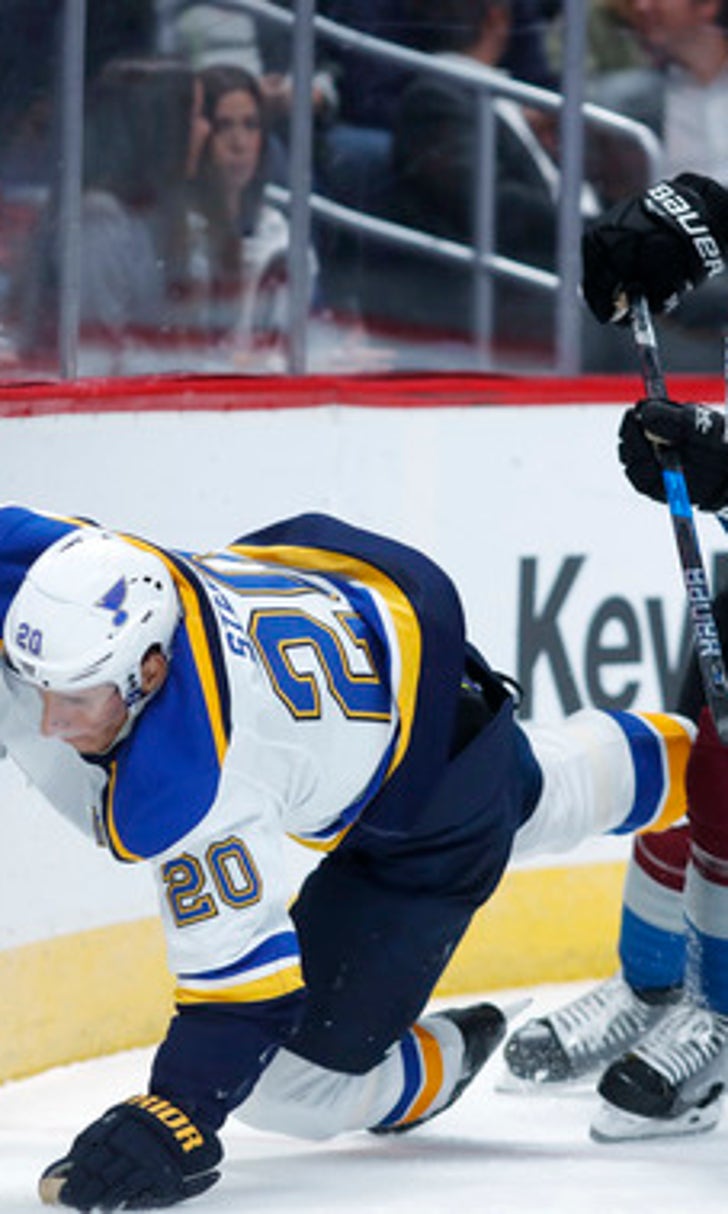 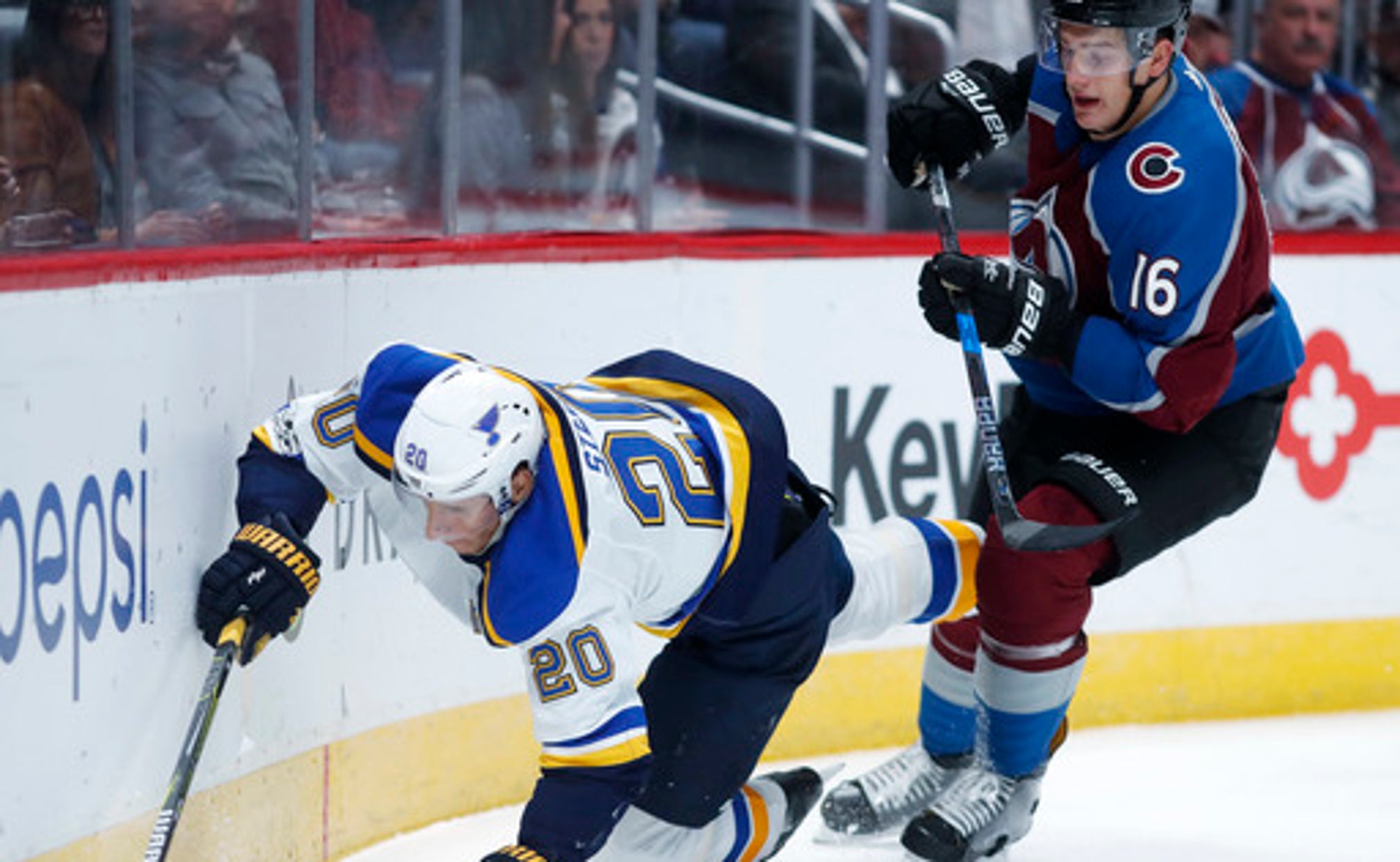 DENVER (AP) Robert Bortuzzo took full responsibility for plowing into his own goaltender to set up an easy and momentum-swinging goal for Colorado.

The St. Louis defenseman made up for it minutes later with the sealing goal.

Jaden Schwartz and Vince Dunn added goals 52 seconds apart in the second period and the Blues overcame three crazy plays down the stretch to beat the Avalanche 4-3 on Thursday night.

''It weighs on you a bit,'' Bortuzzo said about the costly collision. ''So to put in a goal, it relieves some of that stress.''

Here's a look at some of the bounces in a bizarre third period:

- Blake Comeau scored what amounted to be an empty-netter with goaltender Carter Hutton on the ice after Bortuzzo crashed into him.

- Alexander Kerfoot tapped in a funny carom as Hutton chased after the puck behind the net with 4:20 remaining.

- Mikko Rantanen had the tying goal disallowed with less than 3 minutes remaining after St. Louis challenged. The video replay showed Sven Andrighetto was offside as the Avalanche dropped their third straight.

''A couple of bad bounces. But our goalie was good,'' Paul Stastny said. ''Found a way to squeeze it out.''

It was quite a night for Stastny, the former Avalanche player who still makes his offseason home in Denver. He added a goal and an assist to give him 601 career points. The 600-point plateau runs in the Stastny family, with father Peter recording 1,239 points and uncle Anton accumulating 636.

''It's cool. It's special,'' Stastny said. ''Anytime we can add to that Stastny history and legacy, it's always nice.''

Schwartz followed up his hat trick in a 5-2 victory over Chicago on Wednesday night with another goal. He beat Jonathan Bernier with a shot while tumbling to the ice.

Colorado pulled Bernier with around 1:41 left and had several quality scoring chances turned aside by Hutton.

Comeau cut the deficit to 3-2 early in the third period on an unusual play. Comeau and Bortuzzo collided near the goal, with Bortuzzo falling on top of Hutton off to the side of the net. While both were on the ground, Comeau tapped his stick to call for the puck and easily scored once Colin Wilson got it to him.

St. Louis challenged the play for goaltender's interference, but after video replay the referee ruled it a good goal.

Bortuzzo restored the two-goal lead midway through the third period. It was his first goal since last November and appeared more than enough for Hutton. But then a puck took a big hop off the boards and right to Kerfoot, who tapped it in to make it 4-3.

''I think I got some pretty fortunate bounces tonight,'' said Kerfoot, who also scored in the first period. ''I just wanted to move my feet. The coaches talked to me after the Nashville game and just said that I needed to be more intense and harder on pucks and that's what I tried to do today.''

This proved to be a costly game for the Avalanche, with J.T. Compher suffering a broken thumb. Patrik Nemeth and Tyson Jost also had lower-body injuries.

''We lost some guys to injury and the guys that were still in our lineup, up front especially ... played their hearts out,'' Avalanche coach Jared Bednar said. ''I loved the way we competed.''

Stastny tied it at 1 just 39 seconds into the second period. The goal came after defenseman Alex Pietrangelo broke up an Avalanche scoring chance. Stastny was then fed a pass, took a quick look at Vladimir Tarasenko on his left before lining a shot that clanged off the inside post.

In a television interview between periods, Stastny said that scoring his milestone points in the Mile High City was like ''coming full circle.'' He played nearby at the University of Denver and spent his first eight seasons in an Avalanche sweater.

''Funny how the world works like that,'' Stastny said.