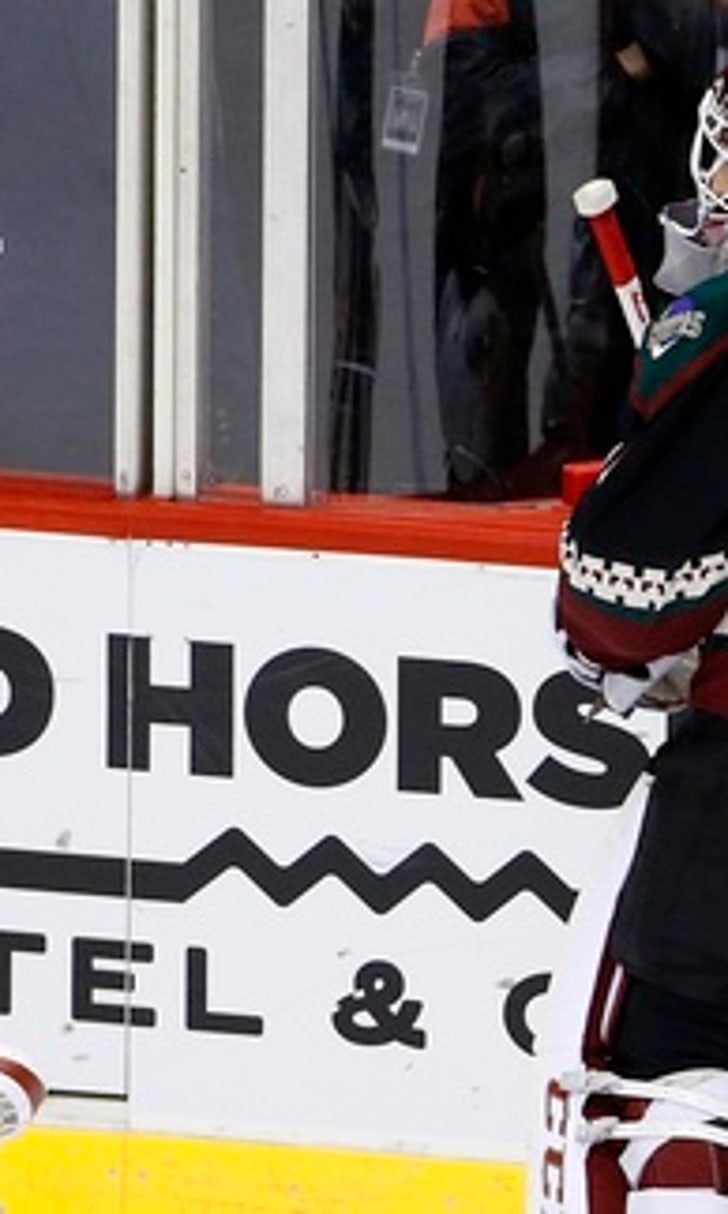 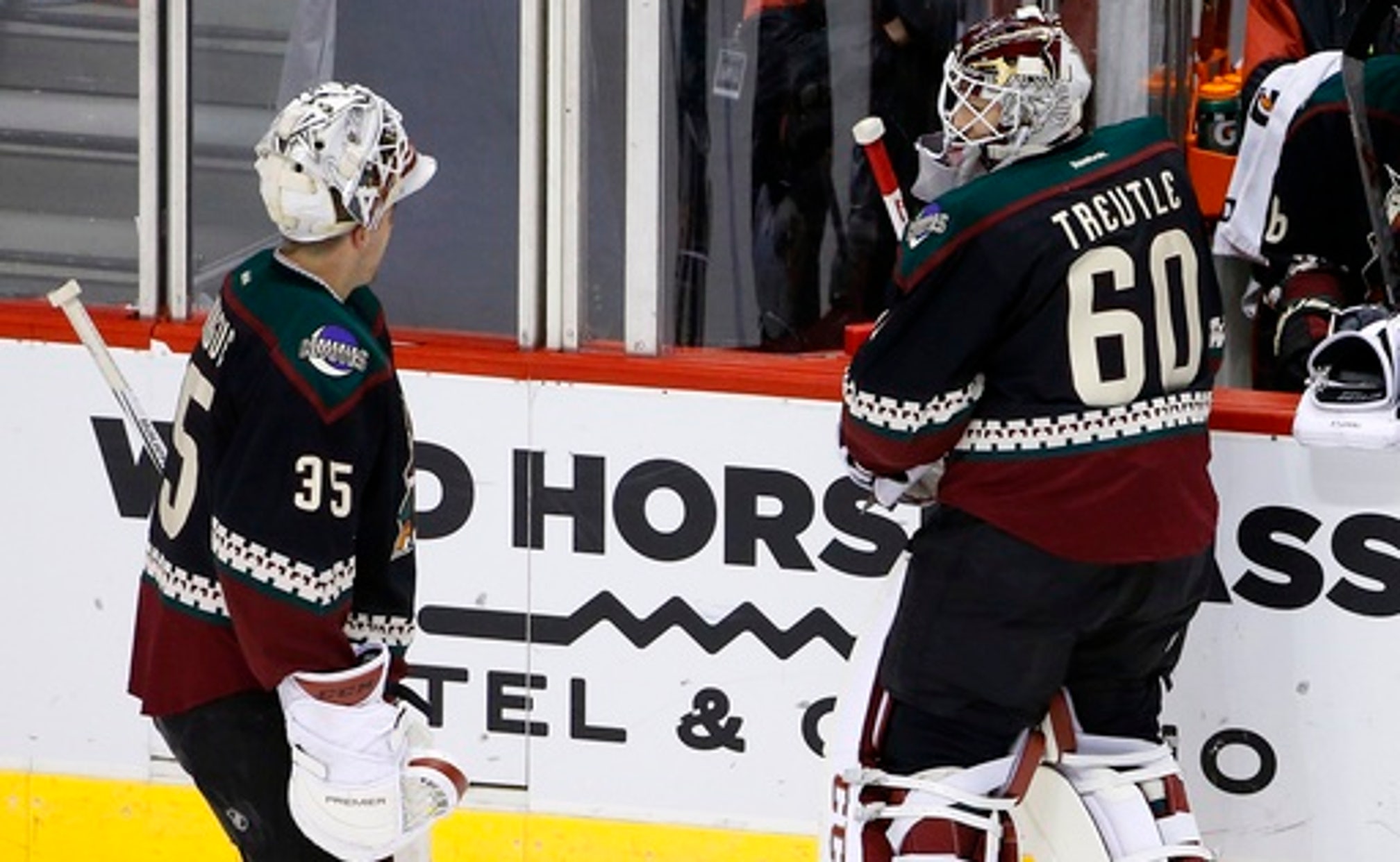 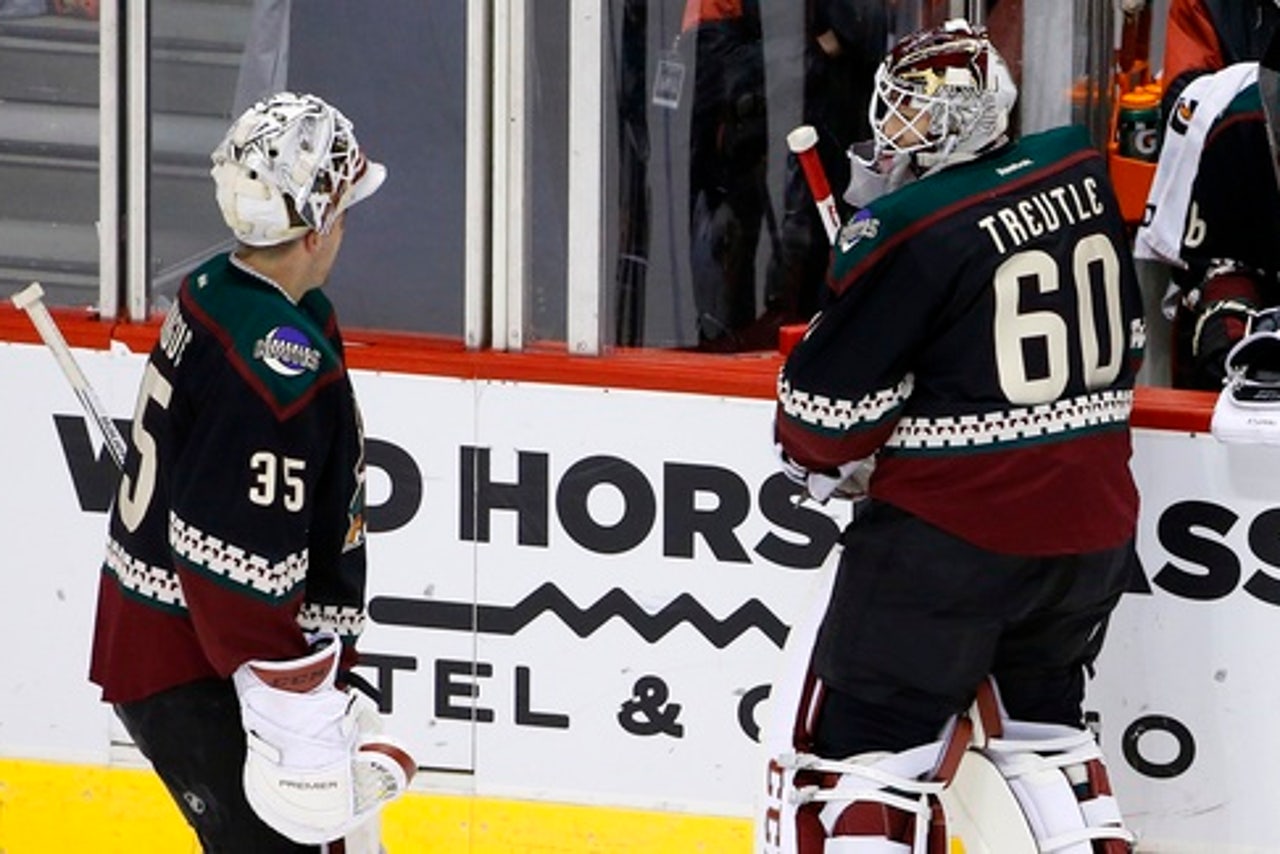 GLENDALE, Ariz. (AP) Vladimir Tarasenko, David Backes and Alexander Steen each had a goal and an assist and the St. Louis Blues used a four-goal first period to beat the Arizona Coyotes 6-4 on Saturday night.

Arizona has lost seven of 10 and are about to start a five-game trip. Max Domi scored twice, Kevin Connauton had a goal and two assists and Shane Doan also scored. Louis Domingue stopped 30 of 35 shots and was pulled for the second half of the first period before returning.

The Blues led 4-1 after 11 minutes behind Tarasenko's power-play goal and scores from Steen, Schwartz and Gunnarsson.

After Doan scored 23 seconds in, Tarasenko got his goal less than a minute later. His 28 goals lead the Blues, who have a power-play goal in six of their last 7 games.

Steen scored from an angle after Domingue provided too much room between himself and the goal at 4:22. Schwartz tapped in a puck as it danced along the goal line at 7:49.

Gunnarsson's second goal of the season appeared to deflect off Connauton, making it 4-1. Niklas Treutle, called up from Springfield of the AHL on Feb. 16, came on for Domingue at 10:06 of the first period for his NHL debut.

Domingue returned to start the second period. Treutle, added to the roster with Anders Lindback out indefinitely after a recent Achilles tendon surgery, finished up the first period without allowing a goal and stopped four shots.

Doan's 22 goals lead the Coyotes this season, and 11 of those have come in the first period.

A fight between Doan, the Coyotes' 39-year-old captain, and Blues defenseman Joel Edmundson broke out midway through the second period. Both players were penalized 5 minutes for fighting with Doan serving two more for roughing.

Connauton scored on a long shot that went through traffic in front of the net at 9:21 of the second period to cut the Blues' lead to two. Then he displayed some grit in keeping possession of the puck before taking a shot that Domi knocked in for a goal at 50 seconds of the third period, making it 4-3.

But the Coyotes' comeback bid was quieted when Berglund knocked in a pass from Scottie Upshall at 7:18 of the third period. Domi scored with 33.2 seconds left and an extra attacker on the ice, then Backes got an empty-net goal.

NOTES: Coyotes defenseman Oliver Ekman-Larsson left the game with a lower-body injury after being called for tripping 42 seconds into the game. He went back to the locker room, returned later in the first period and left again. ... Steen left the game in the first period holding his left arm after Connauton delivered a hard check that sent Steen crashing into the base of the boards. Steen did not return. ... The Coyotes sported their throwback black Kachina-design jerseys from 20 years ago. ... Chicago White Sox outfielder Adam Eaton did the pregame howl for the crowd. The Sox hold spring training a couple of miles from Gila River Arena at Camelback Ranch.