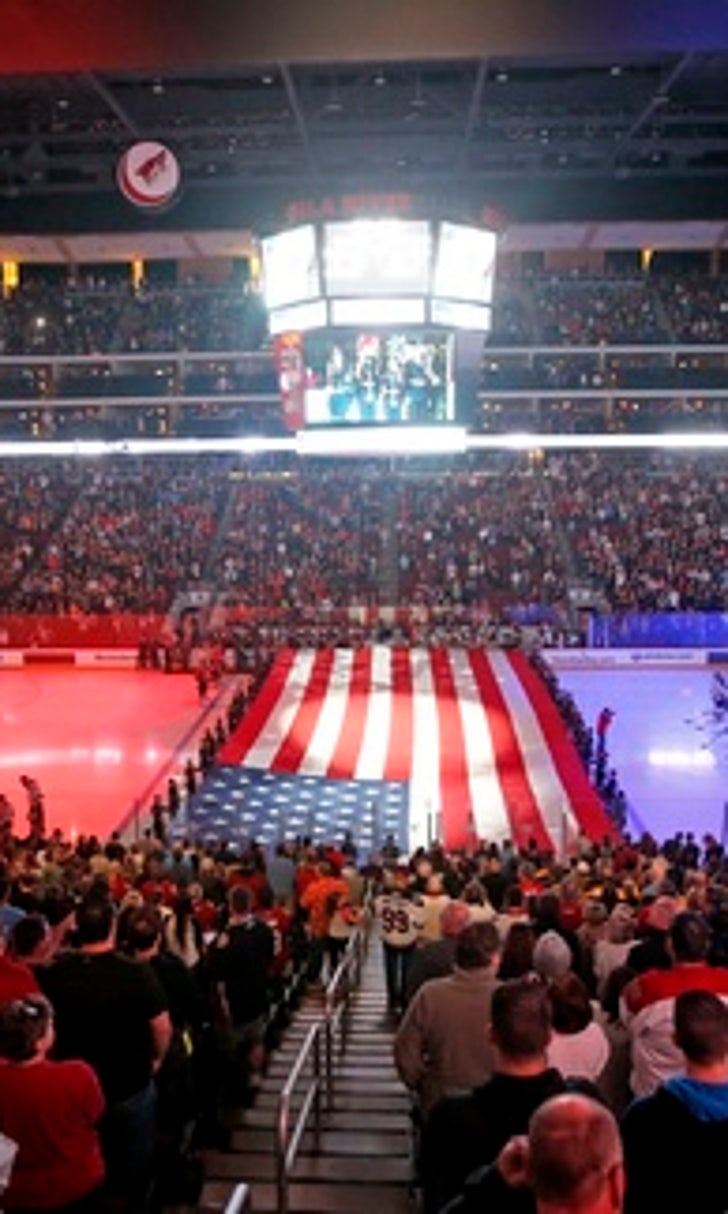 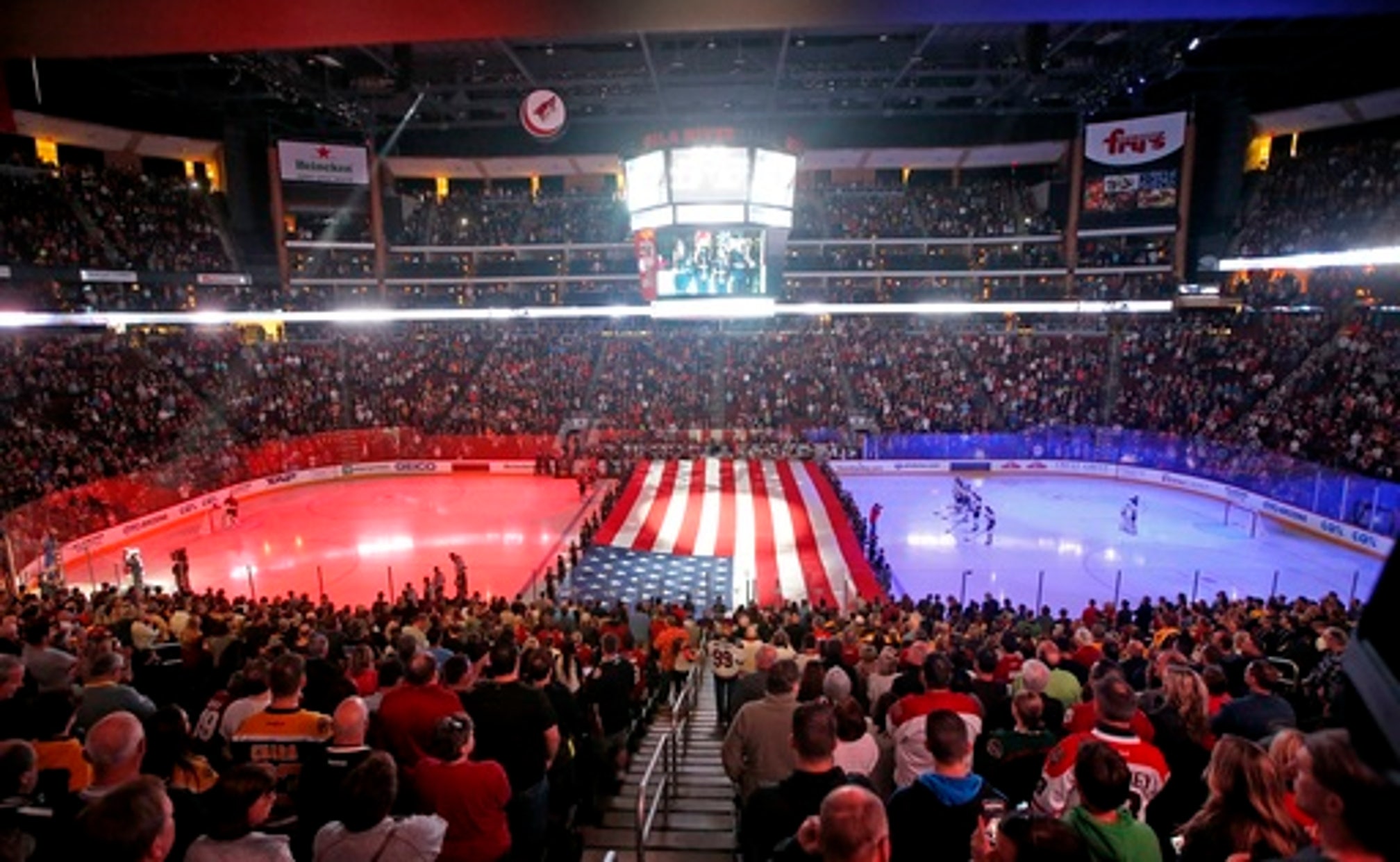 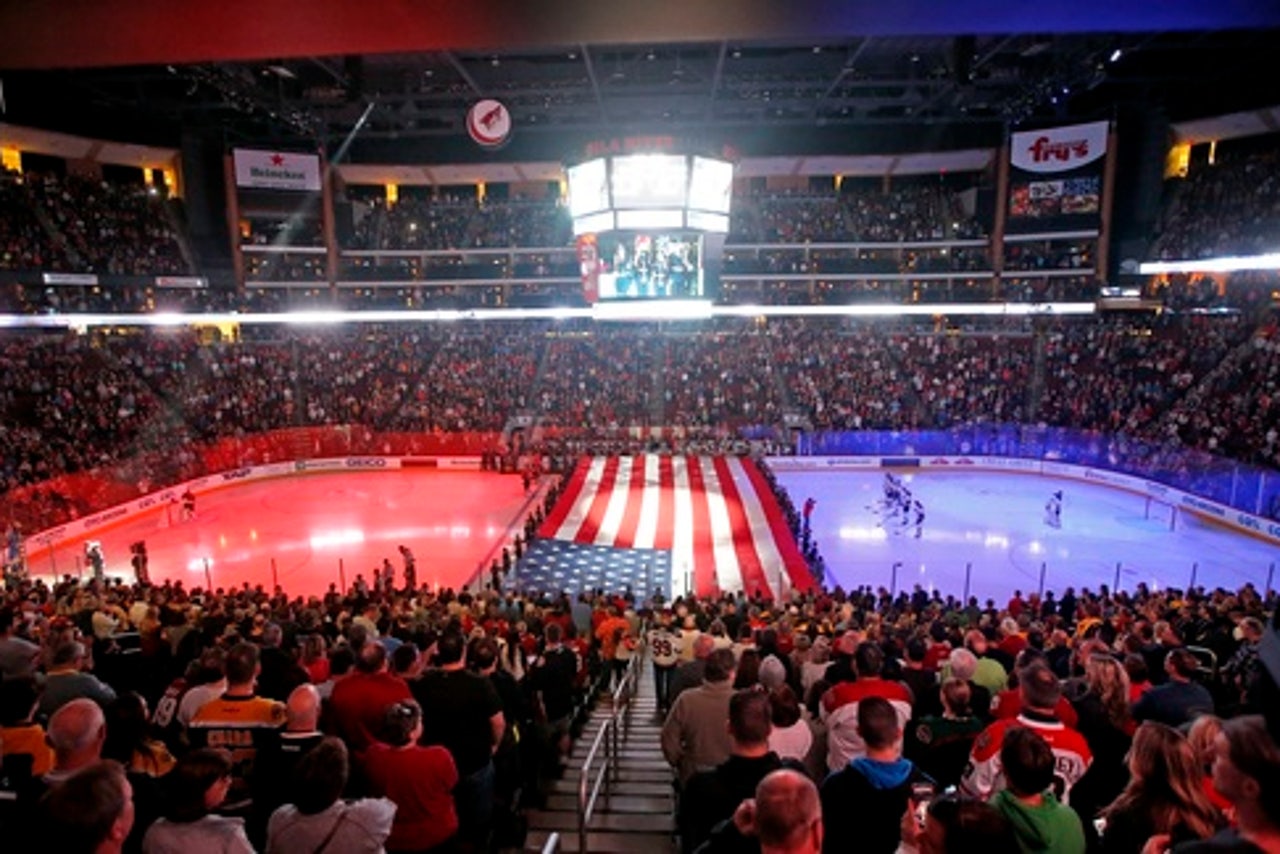 GLENDALE, Ariz. (AP) The Arizona Coyotes announced a proposal Monday to build a 16,000-seat arena that would be the third home for the team since it moved to Arizona in 1996.

The plan would have the Coyotes playing in Tempe near the main Arizona State University campus. The arena would include an attached 4,000-seat multi-sport arena that would be used for Coyotes practices as well as by ASU athletics and youth hockey teams.

The Coyotes' agreement with developer Catellus Development Corp. sets a June 30 deadline for creating the overall budget, design and operational plan for developing the arena.

''We are thrilled to partner with Catellus on this tremendous project that will include our future new home in the East Valley,'' Coyotes majority owner Andrew Barroway said in a statement. ''The Coyotes are committed to Arizona, and we are extremely excited about our bright future.''

The team has played in the Phoenix suburb of Glendale since 2003. Before that, the Coyotes had shared an arena with the NBA's Phoenix Suns in downtown Phoenix.

The Coyotes' time in Glendale has been tumultuous, starting with former owner Jerry Moyes taking the team into bankruptcy in 2009, leading to the franchise being operated by the NHL for four years.

The Coyotes signed a 15-year, $225 million arena lease deal with the city of Glendale in 2013, but the City Council voted to terminate the lease last year. The sides agreed to a restructured lease agreement last July to keep the team in Glendale for two more seasons.

Arizona had considered sites in downtown Phoenix, Scottsdale and Tempe before President and CEO Anthony LeBlanc announced in June that the team had selected a yet-unnamed site for its new home. LeBlanc has said in the past that the team will play in Glendale at least three more years, most likely on a year-to-year lease.

''Over the past year we have been exhaustive in our research regarding the most optimal location for our new home in the Valley,'' LeBlanc said in a statement Monday. ''While we have tremendous fans all across the greater Phoenix metro area, not to mention the entire state, it became clear that the East Valley is home to a majority of our fans and corporate partners. Our fans in the West Valley have shown us tremendous support over the past 13 years, and we look forward to working with them as we transition to our new home in the future.''