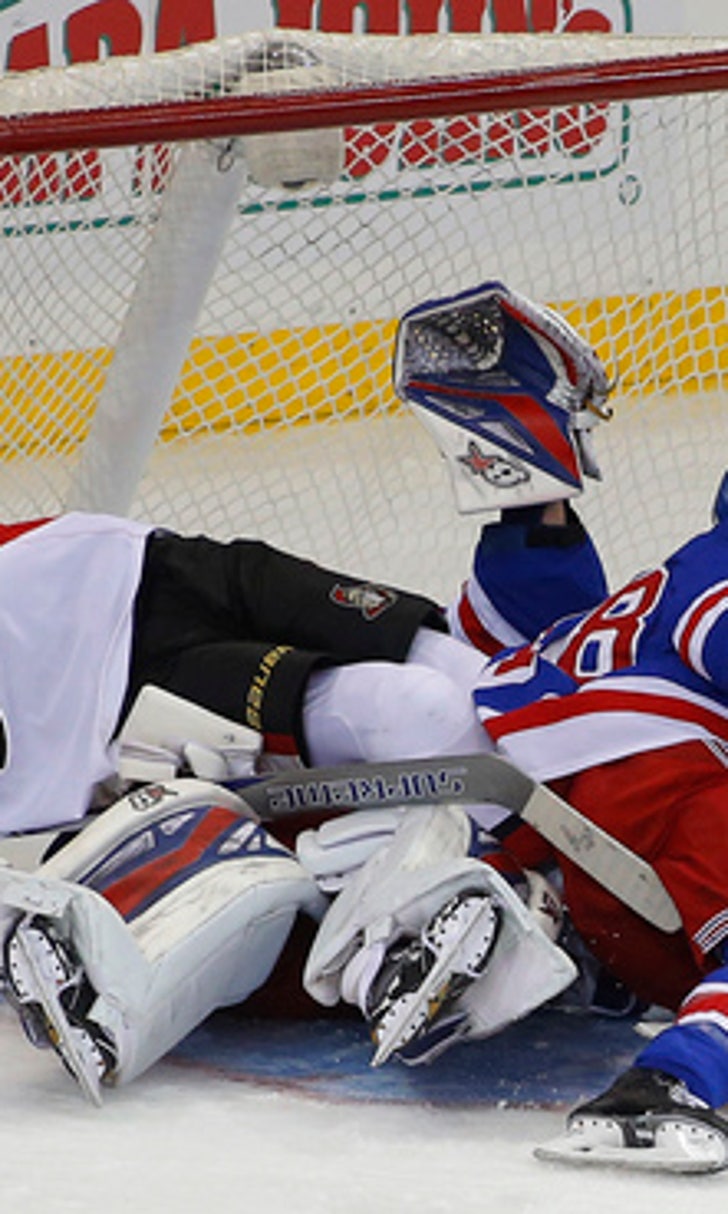 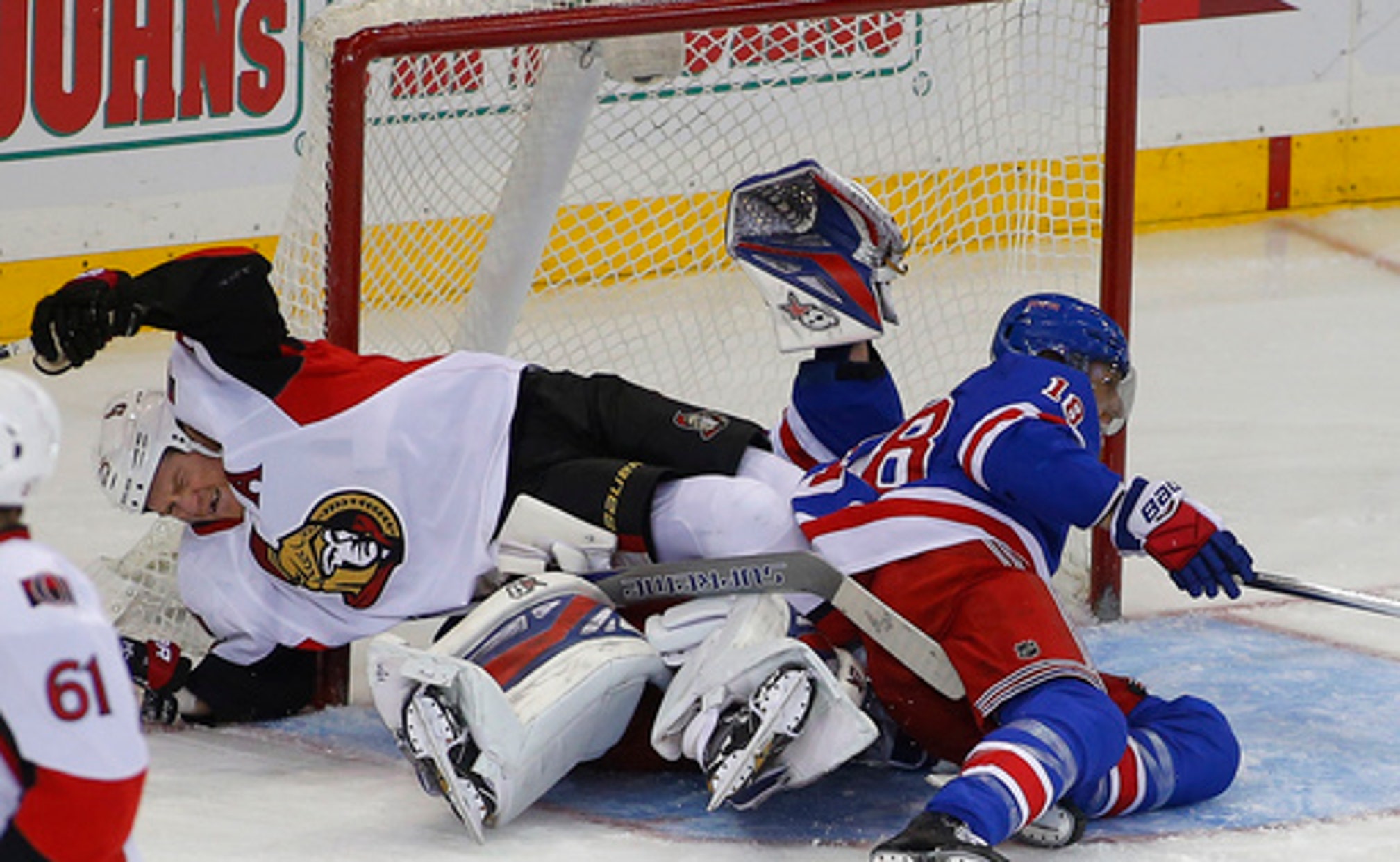 previous story
Banged-up Brady glad week's over - and with win for Patriots
next story
Wilson, Seahawks put end to winning streak in perspective 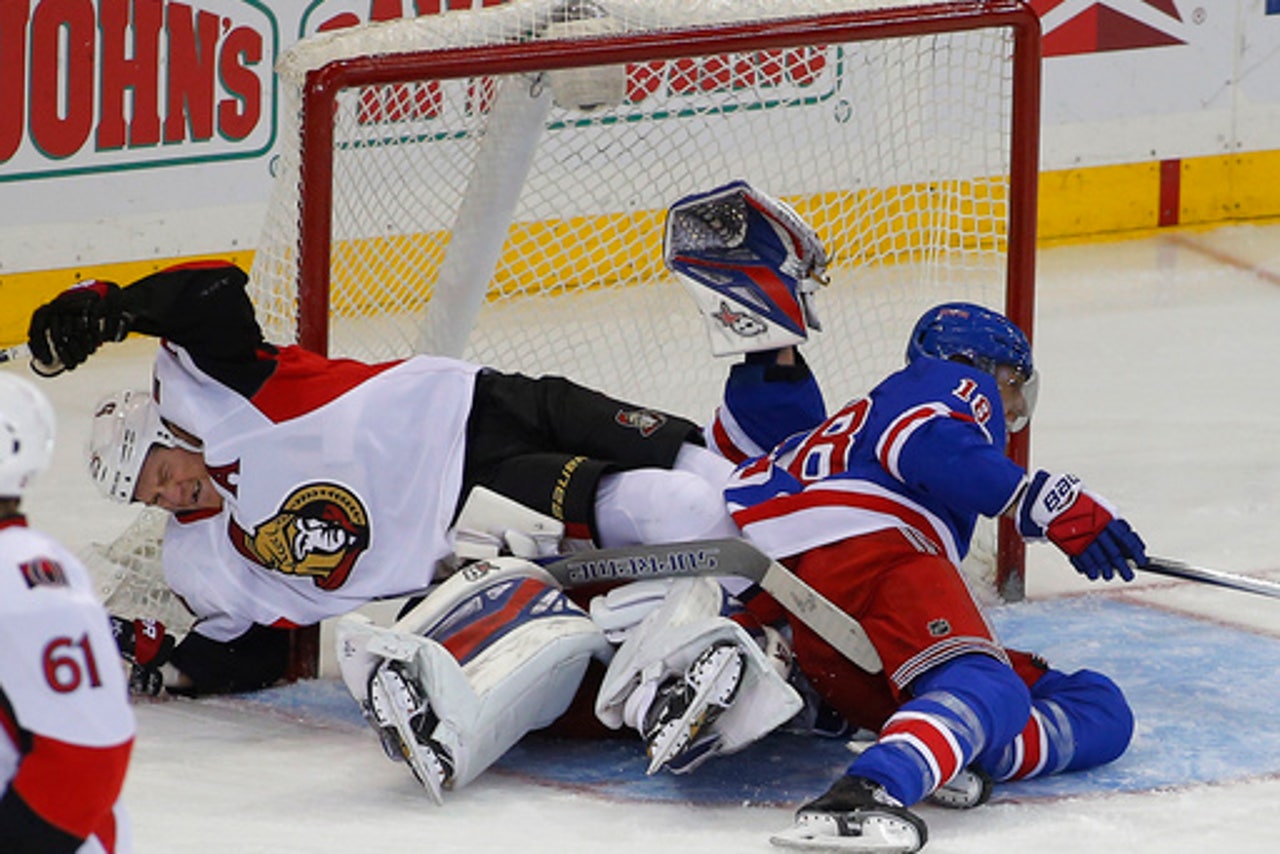 NEW YORK (AP) Craig Anderson made 32 saves for his third shutout of the season and the Ottawa Senators beat the New York Rangers 2-0 on Sunday night for their fourth straight victory.

Jean-Gabriel Pageau and Zach Smith scored in the second period.

Rangers goalie Antti Raanta made 18 saves in his first loss of the season. He was making his first start since Nov. 21 against Pittsburgh.

Ottawa improved to 6-3 in the road. It also improved to 3-0 in the second night of back-to-back sets.

The Rangers were 8-0-1 at home through their first nine games before going 0-3-1 in their last four games at Madison Square Garden.

Pageau scored 1:54 into the second. Smith worked the puck behind the Rangers' net to Tom Pyatt, who drew in two defenders and fed Pageau in front of the net for his third goal of the season.

The Senators scored again on a power play. Mark Stone fired a wrist shot from inside the faceoff circle for his sixth goal of the season.

Ottawa forward Derick Brassard played against the Rangers for the first time since he was traded over the summer. New York sent Brassard to Ottawa on July 18 for Mika Zibanejad and a draft pick.

NOTES: Adam Clendening and Oscar Lindberg were healthy scratches for the Rangers. ... Mika Zibanejad missed his fourth game with a broken left fibula. ...Fredrik Claesson and Max McCormick were scratched for the Senators.