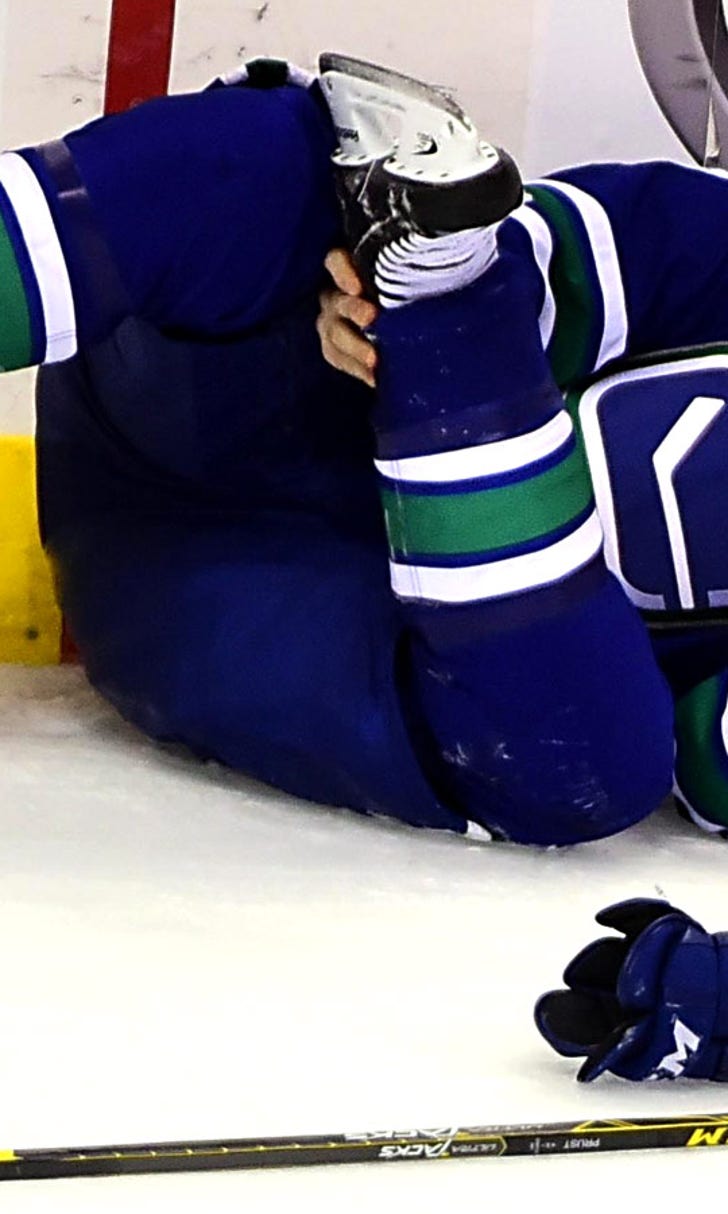 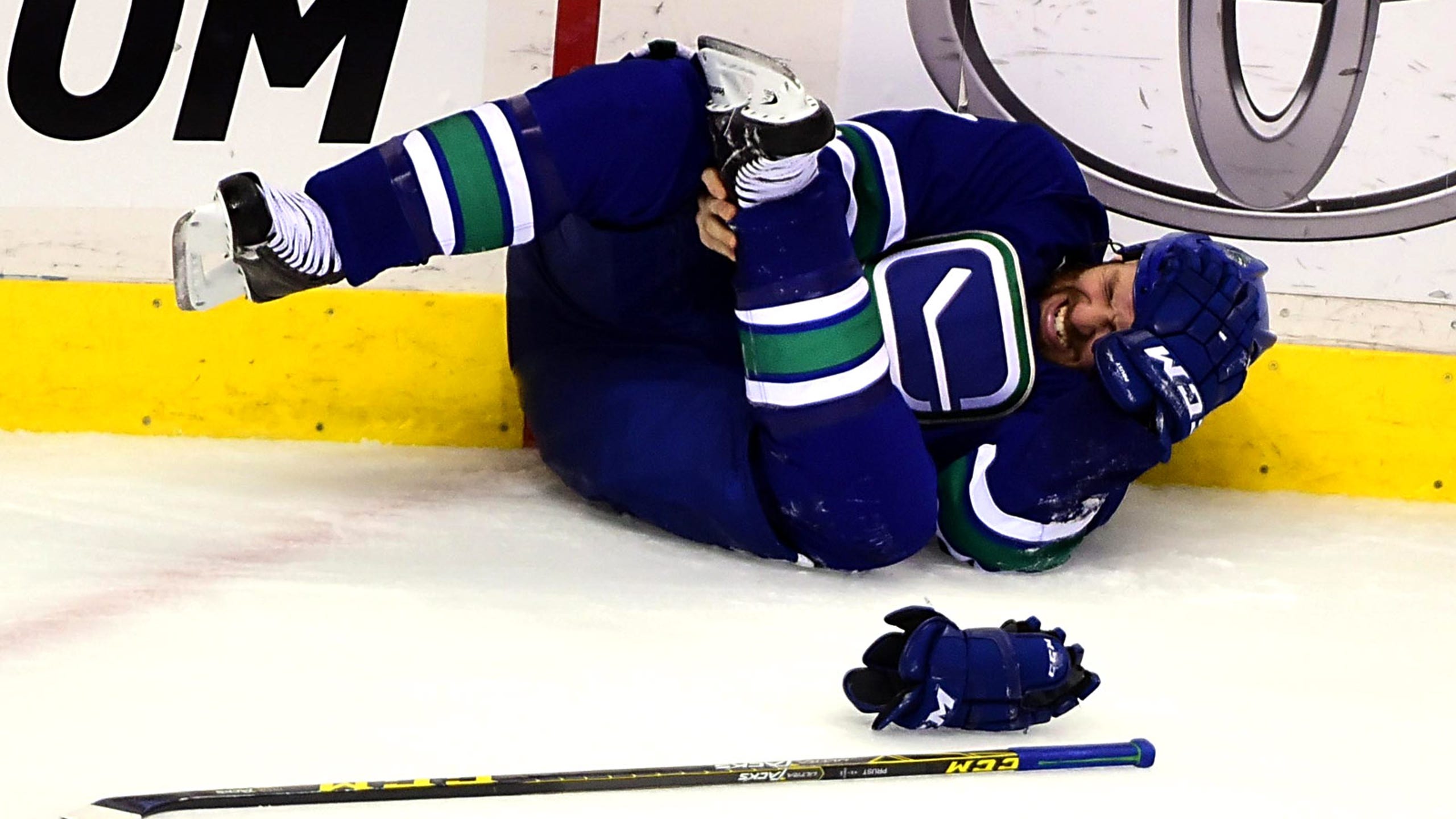 After X-ray comes back clean, Brandon Prust turns to MRI for injury verification 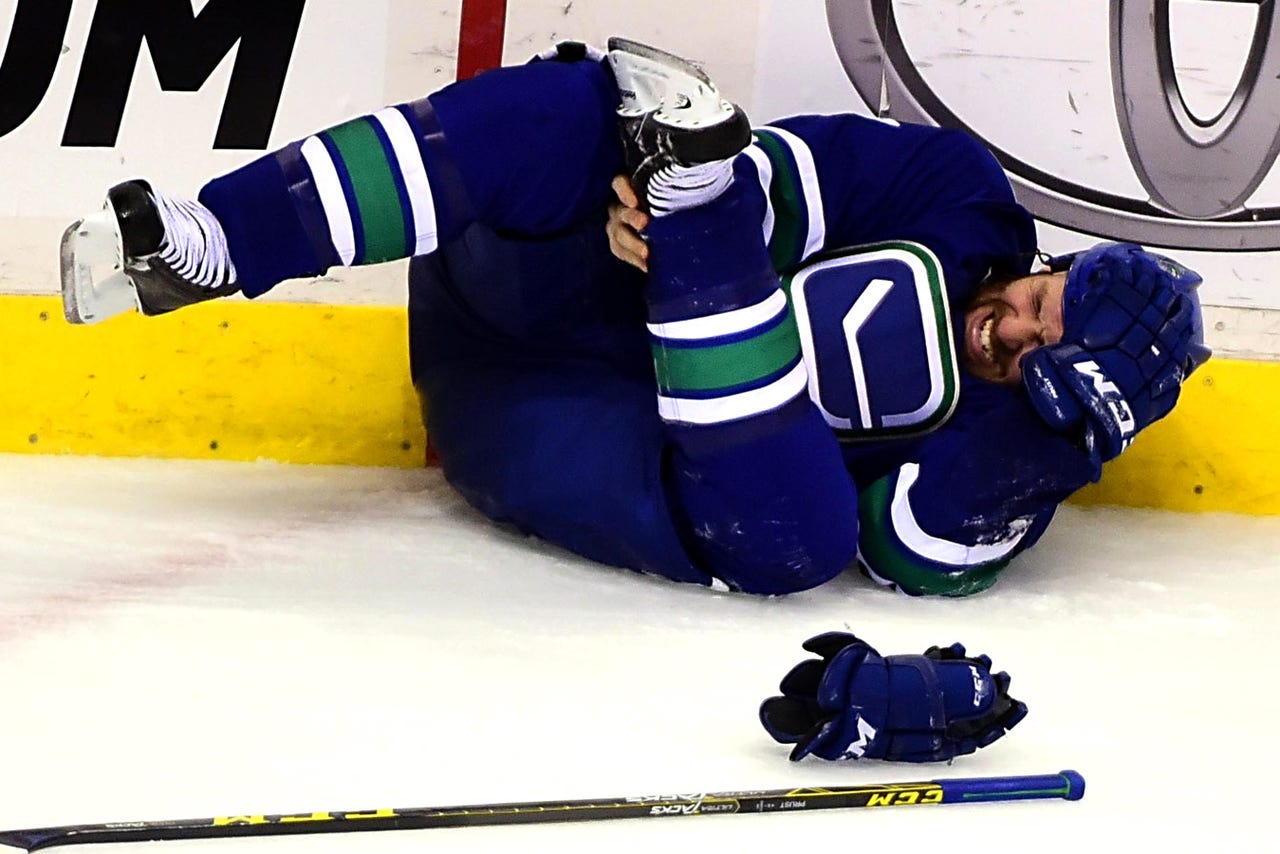 New Canuck Brandon Prust got the final results he wanted against his former team on Tuesday night, but his own personal evening was marred by an injury he suffered with 2:30 remaining in the second period of the Canucks' win over the Canadiens.

The forward got hurt when he chased a puck into the corner and was tripped up by Brian Flynn's stick. Prust was writhing in pain on the ice, and Canucks fans feared the worst when he gingerly skated off the ice and went straight to the room, but Prust told the media after the game that initial X-rays did not show a fracture.

"I hit a rut and just rolled right over my ankle and I didn’t hear any pop," Prust told reporters. "It’s definitely sore and we’ll find out more tomorrow (Wednesday) with the MRI, but I won’t be skating for a few days. I was able to put weight on it, but we’re not 100 per cent sure what’s up with it."

The team announced Tuesday night that Prust will not fly with the Canucks to Dallas on Wednesday ahead of Thursday's game against the Stars.