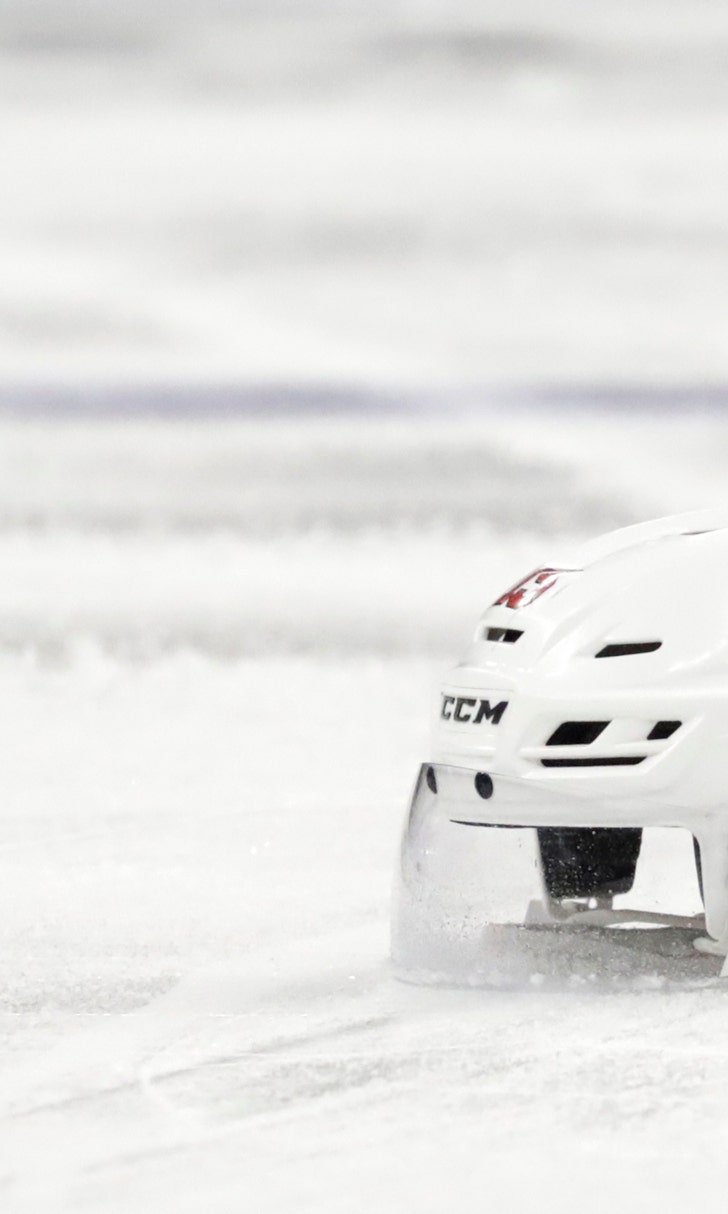 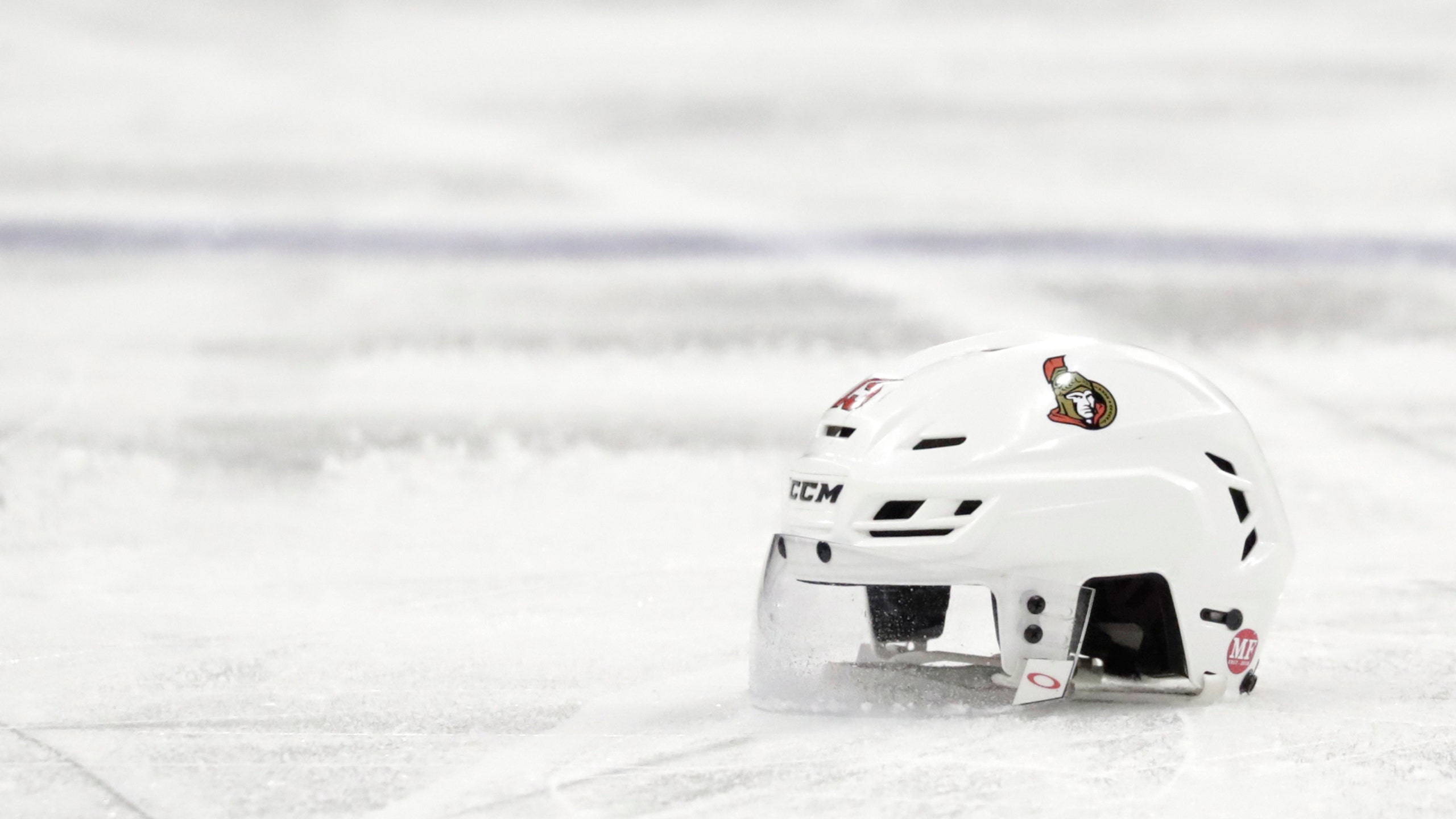 After fire sale, Senators have little hope for near future

WASHINGTON (AP) — The recent past, present and immediate future are all bleak for the Ottawa Senators.

They are on their way to missing the playoffs for the fourth time in six years, just sold off their top three forwards in a trade-deadline fire sale and, despite being dead last in the NHL, have no chance at a top-three pick in the draft because they included that in a deal last season.

Gone in the past eight months are Erik Karlsson, Mike Hoffman, Mark Stone, Matt Duchene and Ryan Dzingel, and what's left is uncertainty about how long the Senators' long-term rebuild will take.

For those left in the aftermath of the recent trades of Stone to Vegas and Duchene and Dzingel to Columbus, there will be lots of losing and plenty of hoping against hope someday things will turn around.

"I knew there were going to be some aches and pains at some points and growing pains here," said Chris Tierney, who was part of the return for Karlsson in September and is now Ottawa's top-scoring forward with 40 points. "In years to come — I'm not sure, obviously, how long I'm going to be here — but it's going to be fun watching this team grow and develop and being a part of it right now."

Right now isn't a whole lot of fun for the Senators, who scored just three goals in their past four games and blew a 2-0 lead Tuesday before losing 7-2 to the Washington Capitals. Aside from defenseman Thomas Chabot, whose play has been a bright spot in an otherwise lost season, even coach Guy Boucher is concerned about where the goals are going to come from in the final 19 games.

There isn't any real incentive to lose in hopes of landing potential top draft pick Jack Hughes. The Senators traded away a first-round pick to get Duchene in a three-team deal in November 2017, decided to keep the No. 4 pick last summer and now the Colorado Avalanche could reap the benefits of those decisions.

"Just going to see where it all falls in at the end of the year," Avalanche general manager Joe Sakic said.

At the end of the year, Colorado could have two picks before the Senators get to take a player with the selection they recouped last week from Columbus for Duchene. And even if the all-in Blue Jackets somehow miss the playoffs and win the lottery for one of the top three picks, the Senators would have to wait until the 2020 draft.

There's going to be lots of waiting for an organization that made 19-year-old defensive prospect Erik Brannstrom the key piece of trading Stone and is counting on Chabot and 2018 first-rounder Brady Tkachuk to continue developing into stars. In the meantime, veterans understand it's their job to help set up the next generation of Ottawa players.

"You've got to kind of block out that little voice in your head that might be telling you to kind of back off or take it easy," defenseman Mark Borowiecki said. "You've got to sort of fight that human nature. Yeah, we want to help these guys grow and develop, these young guys, and that's our goal, but we still want to win games. Young guys are going to learn how to be winners in this league by winning. And I get that there's a process to that, and we all know that. You're not going to go through a rebuild and win right off the hop."

Or probably any time soon. Senators GM Pierre Dorion has amassed up to 17 picks in the first three rounds of the next three drafts.

Boucher also has no certainty in his job beyond this season yet is tasked with trying to build a foundation for the future. Only five players are left from his team that went to Game 7 of the Eastern Conference final against Pittsburgh in 2017, and he's no stranger to turnover and the challenge of trying to make the most out of far less talent than the Senators had even a week ago.

"I'm up for it," Boucher said. "I've had quite a few days where the names changed day in, day out, and now that I know what the names are, then I'll try to create some consistency over the next weeks."

Consistency won't be measured over the next few weeks but over the coming months and years for the Senators , whose plans for a downtown arena are falling through and whose fan base is going from angry to apathetic. Inside the locker room, players say they'll play for each other and try to squeeze as much out of the rest of the season as they can.

"We've just got to stick together and try to stay positive," Chabot said. "Obviously it's not going to be easy. There's a lot of good teams. But we're just trying to get better as a group and build around that."