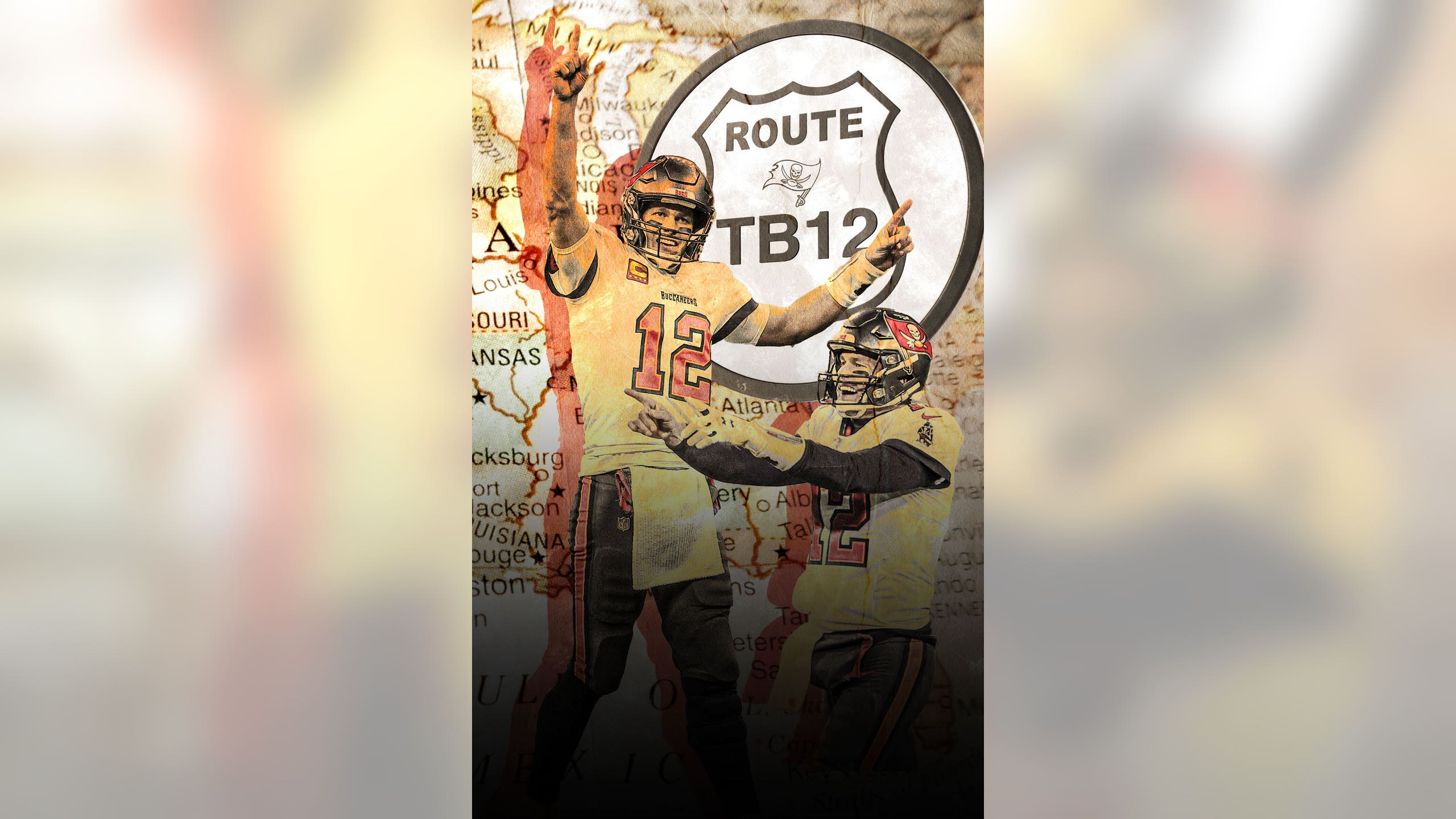 For one particular quarterback, this year's Super Bowl is a familiar destination preceded by an unfamiliar route.

With a record 10 Super Bowl appearances, Tom Brady has been a mainstay on the biggest stage in football.

But his journey to Super Bowl LV with the Tampa Bay Buccaneers is unlike any he has experienced before. In his previous nine runs at the Lombardi Trophy, all with the New England Patriots, Brady had at least one home playoff game.

This year has been different, as the fifth-seeded Buccaneers had to go through the Washington Football Team, New Orleans Saints and Green Bay Packers – all on the road – for the right to play in the Super Bowl.

As luck would have it, the Bucs finally earned a "home" game and will be the first franchise in league history to play for the championship on their own turf at Raymond James Stadium.

For a man with more Super Bowl rings (six) than fingers on his throwing hand, where does this accomplishment ⁠— taking a franchise to not only its first playoff appearance in 13 years but also its first Super Bowl since 2002 ⁠— rank among his greatest achievements?

Considering it is Brady's first season with the Bucs in a year when the preparation schedule was turned upside down by the pandemic, Skip Bayless thinks this accomplishment serves as TB12's magnum opus.

"To me, this is his greatest achievement because of degree of difficulty and circumstances. ... He has virtual OTAs, he has little to no preseason because they don't play a single preseason game ... He took that 7-9 team to the Super Bowl."

As Bayless looked at Brady's achievement from a macro, season-long perspective, Shannon Sharpe viewed the win against the Green Bay Packers in Sunday's NFC Championship as a standalone event.

While impressed, Sharpe pointed out that Brady's teammates deserve a fair share of the credit for the 31-26 victory.

"The reason why I don't give this as much credit is because I believe the offensive team that he's playing with currently is his most talented team that he's had in his 21-year career ⁠— if you look at it [from] skill position, top to bottom."

The Hall of Fame tight end conceded that if Brady goes on to win the Super Bowl against Patrick Mahomes and the Kansas City Chiefs, having taken down Drew Brees and Aaron Rodgers along the way, it'll be the greatest Super Bowl run in history.

ESPN's Dan Orlovsky's thinking aligned with Bayless', as the former NFL quarterback was effusive in his praise for Brady on Monday.

"For a guy that has the biggest and longest list of incredible accomplishments ... this one tops it."

Ryan Clark followed that by comparing Brady to the greats of the NBA, in which one player can take a team from also-ran to contender in one transaction.

"Brady is like a hooper. ... LeBron James changes conferences, and now the Los Angeles Lakers become champions. That's who Tom Brady is. He's a force multiplier. He makes everyone better, and yesterday we saw that."

But, of course, Bayless wasn't about to let LeBron's 2020 NBA title run be measured against Brady's exploits this season.

However Brady's current voyage ends — with a seventh title or a fourth loss in the Super Bowl — there's no denying it has been one hell of a ride.

But as Brady would likely point out: It's no fun driving to Disneyland just to sit in the parking lot.

He and the Bucs want to cap this journey with a win.