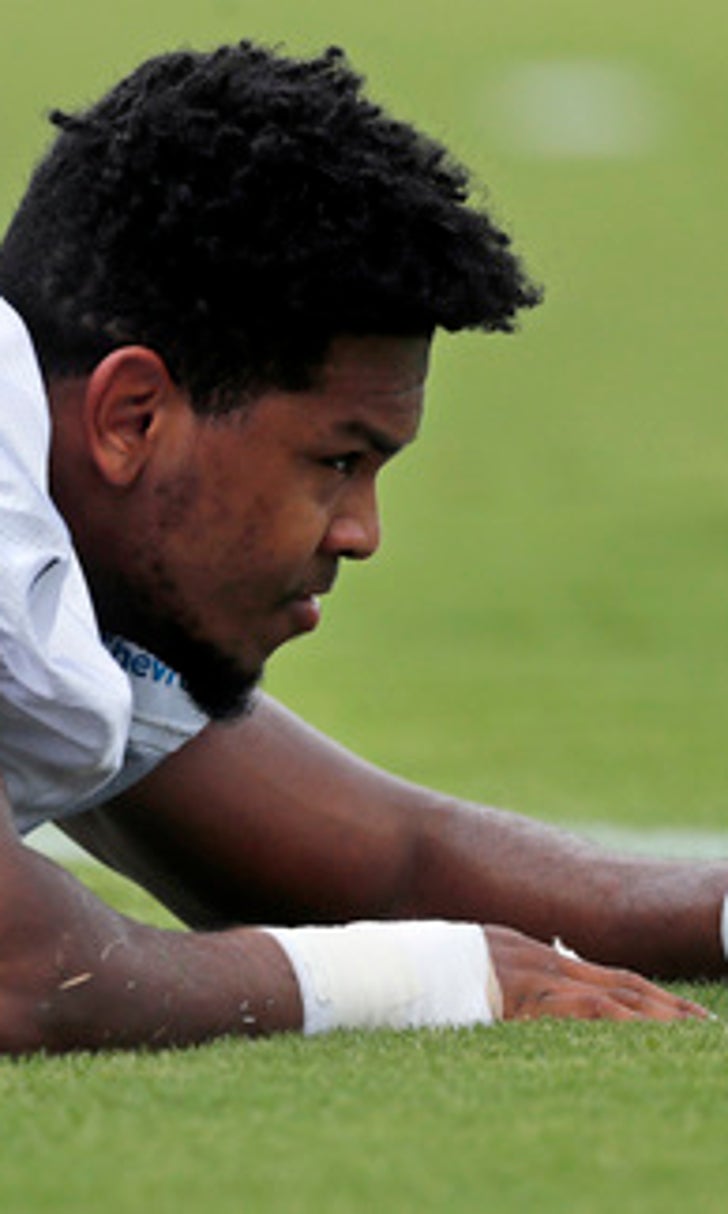 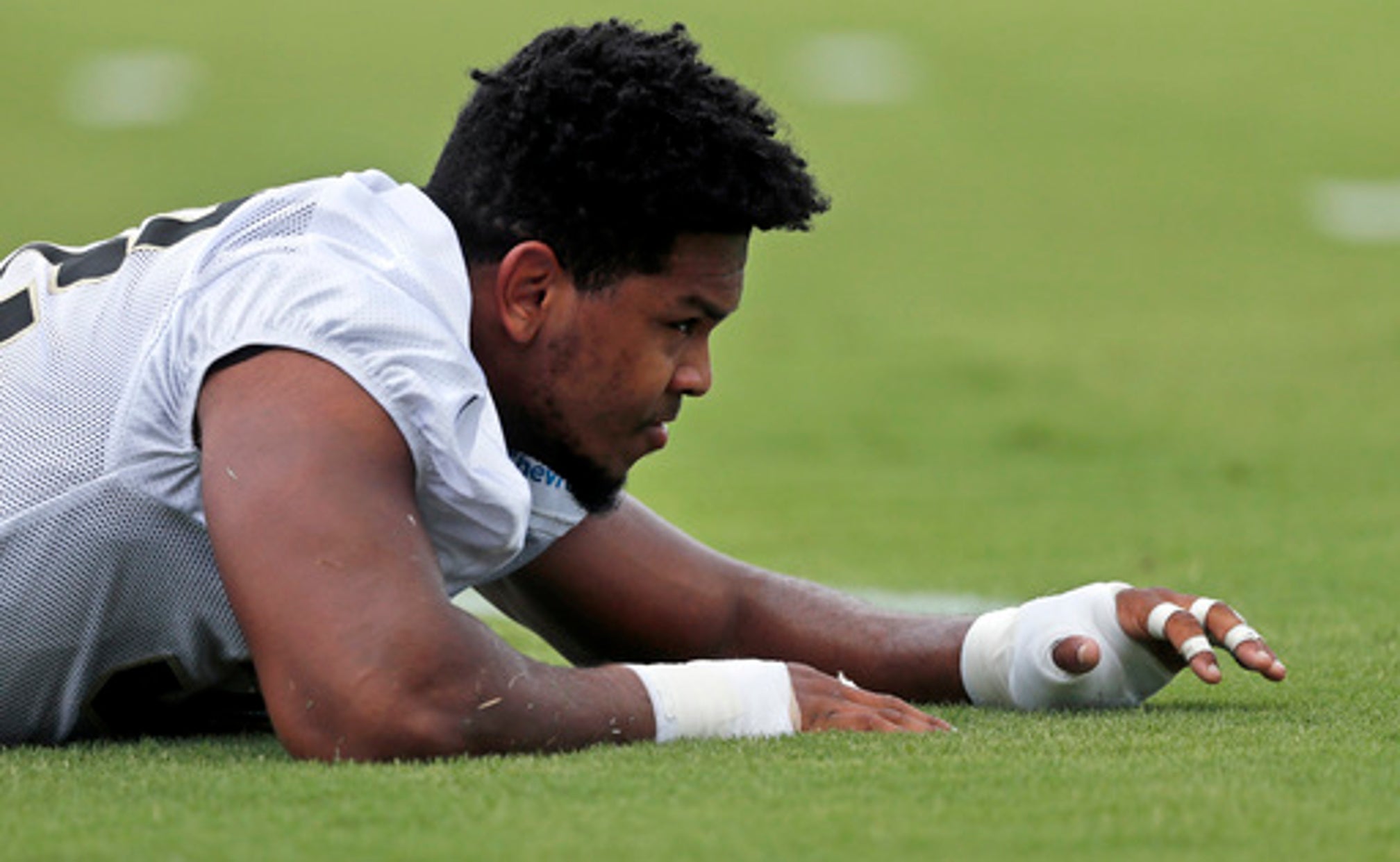 previous story
Coming attractions: LA Rams tour their palatial new stadium
next story
A 7 and a 78: Ugly numbers for Tiger Woods in US Open

But the lingering injury didn't prevent him from demonstrating the skills that led the organization to pay a high price to acquire him. Davenport, a defensive end from Texas-San Antonio, is expected to be ready to go when the team reconvenes for the start of training camp in late July.

''He's explosive. He can run. He's got a quick twitch,'' Saints defensive line coach Ryan Nielsen said. ''All the stuff you saw on his college tape and everything he did at the combine. He's every bit as explosive. He's a good athlete, bends well. You can really see that on tape.''

New Orleans saw enough of Davenport (6-foot-6, 265 pounds) before the draft to trade next year's No. 1 pick and a No. 5 this year to the Green Bay Packers to move up 13 spots to select him.

''Man, he is big and he's long,'' Saints head coach Sean Payton said. ''He's a tremendous worker. He is coming along really well. There is a strength element you feel and you saw it when he played (in college). And now he is really working on his pass rush, working on his pass rush plan and developing the three different pitches he needs to be effective when it is not just playing the run.''

New Orleans hopes the addition of Davenport will continue the defensive improvement the Saints showed last season. The Saints allowed 40 fewer yards per game, 50 fewer passing yards and eight fewer points in 2017 compared to 2016. Additionally their sacks increased from 30 to 42 as the team improved from a 7-9 record to 11-5 and an NFC South title.

''I see a guy who has all the qualities you're looking for in a right defensive end,'' defensive coordinator Dennis Allen said. ''I think the one thing that really stood out to us throughout the draft process was his ability to rush the passer. He's got the size, he's got the length, he's got the athletic ability.''

Nielsen said he has been impressed by more than Davenport's athleticism.

''I didn't realize that he was a 3.8 student in college,'' Nielsen said. ''He picked things up really quickly in terms of the scheme and where to align. He's a rookie and made a couple of mistakes, but still he's really picked it up. He's a very intelligent player so it was easy. It's good when you can put in a lot of stuff and they can pick it up pretty easily.''

Davenport had been practicing with the thumb injury until leaving practice early Tuesday. It was unclear if his departure was related to the thumb injury, and Davenport sat out practice Wednesday. Payton canceled the final practice Thursday and said Davenport could have surgery as early as Friday.

The Saints expect Davenport to be a complement to Pro Bowl left end Cameron Jordan, who missed OTAs while recovering from offseason foot surgery and was excused from mini-camp because his wife was having a baby. Incumbent right end Alex Okafor has been limited while recovering from a torn Achilles suffered last season.

Their absence has allowed Davenport to get additional work, especially with the first team.

''We're just working on everything right now -- pass rush, runs, stunts -- everything to make him a well-rounded, complete player with all the fundamentals,'' Nielsen said. ''It boosts the rotation. You've got another good player out there. It's going to help us across the line.''

Davenport showed the athleticism that enabled him to play wide receiver early in his high-school career.

''Even when I was playing receiver I gravitated toward defensive ends,'' Davenport said. ''I always thought they were big and fast and when you sack the quarterback it's a big deal.

''I thought it was a cool concept. But when I first got (to Texas-San Antonio) I was there to catch balls and score touchdowns. Things change.''