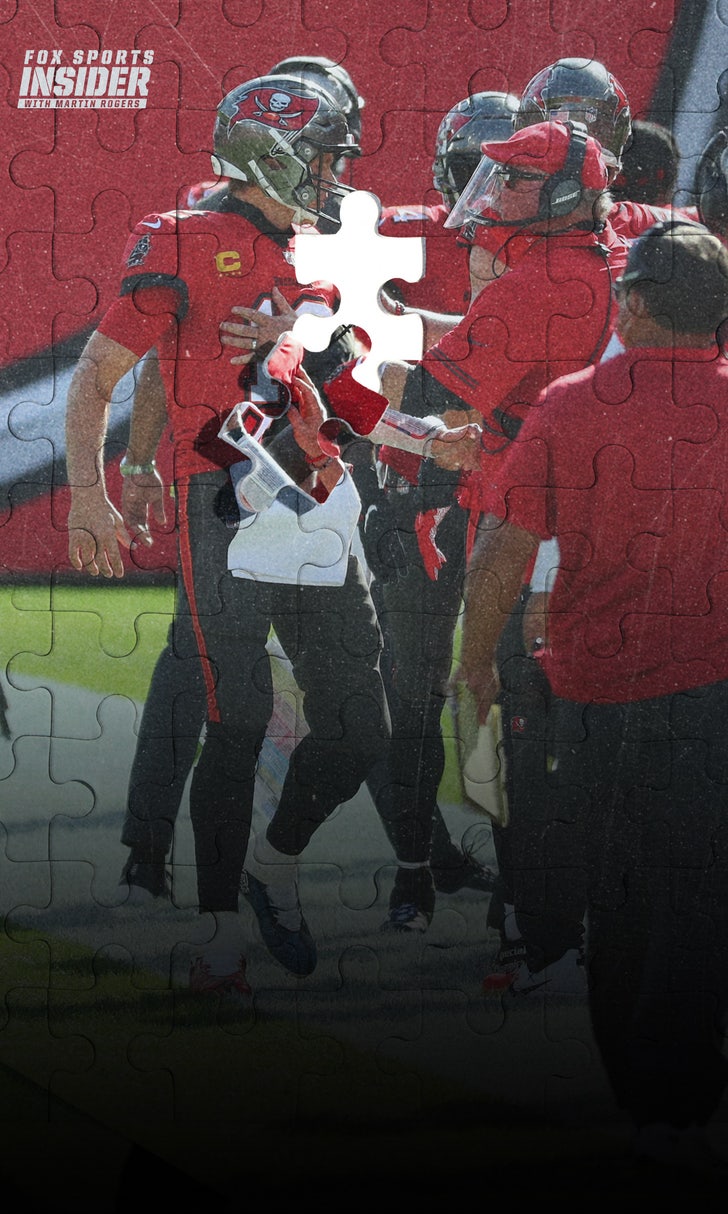 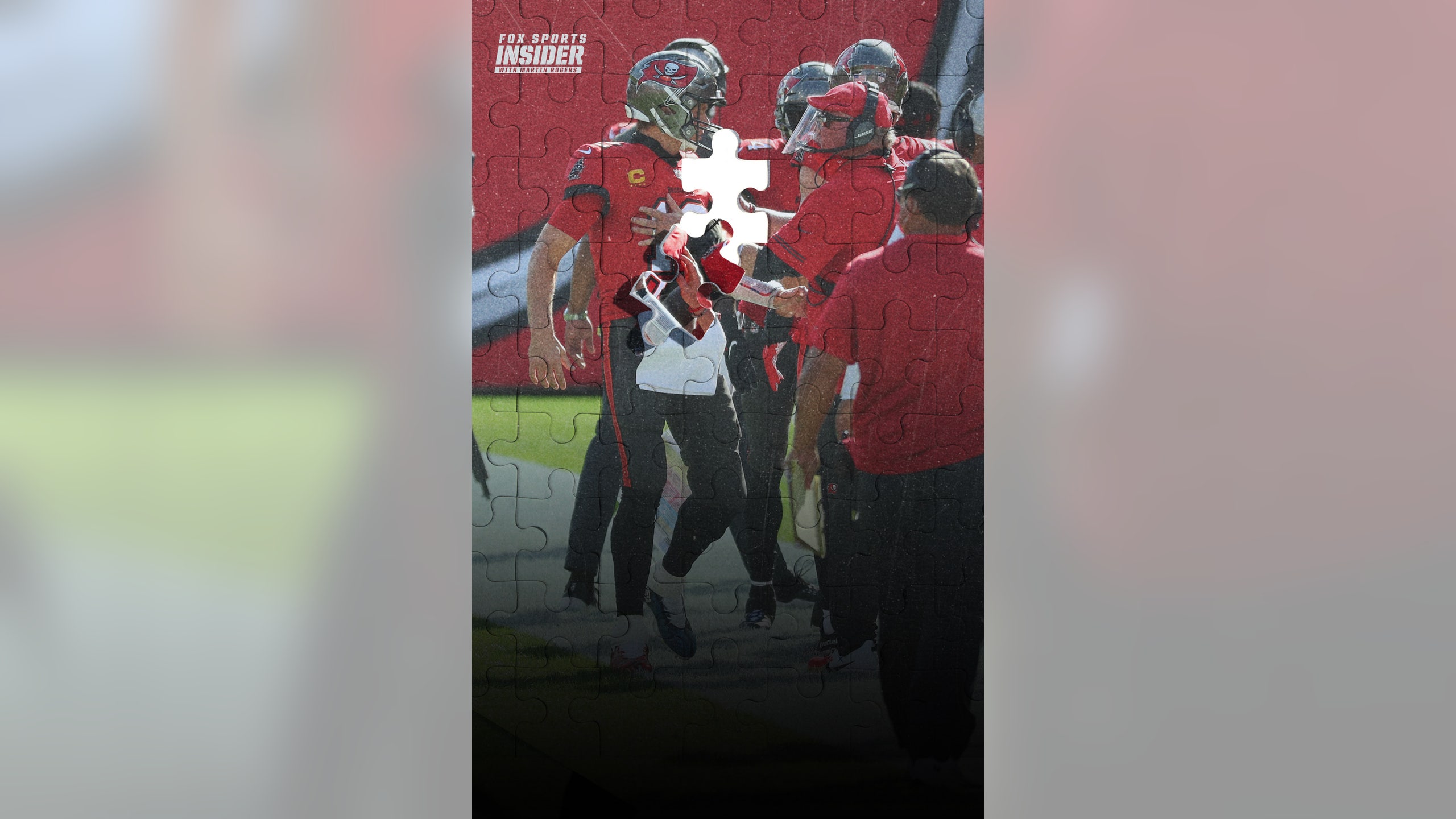 The NFL's Most Puzzling Duo

After making his big move south, linking up with the Tampa Bay Buccaneers after two decades with the New England Patriots and six Super Bowl rings, he hasn’t displayed as much grit and determination as you’d expect.

Brady has made uncharacteristic errors and lapses in judgment, things like not targeting top receiver Mike Evans even when Evans is open. He has overthrown the football. He has struggled with the deep ball, never in practice, but in games.

He knows he hasn’t been playing as well as he can – but at least he can count on the support of his head coach, Bruce Arians.

"I don’t know why anyone is criticizing Tom," Arians told reporters this week. "He’s not getting enough credit for what he’s doing. Tom’s had a Pro Bowl year."

Except, and here is where it all gets a little weird and mind-games-y, that all of those observations from the top came from one place and one man – Arians.

Brady hasn’t actually been on the receiving end of overt criticism from the public and the media. When he has performed poorly, think the New Orleans Saints (twice), or the Chicago Bears (when he got the downs count wrong), sure, there has been some talk that this isn’t quite the Tom of old, but nothing to suggest that he’s washed up and no longer of valuable service to his new team.

When he’s done well, most notably in the Bucs’ convincing win over the Green Bay Packers, he has been celebrated for still being able to get it done at the twilight of his career.

Frankly, the most consistent criticizer of Brady, is Arians himself. Until now.

Their relationship is a tough one to read. The chance to play with Arians was thought to be one of the main reasons why Brady selected Tampa as his destination of choice in the spring.

Over the bye week, the pair were due to play golf together at Tampa’s Old Memorial, before the NFL quashed the idea, on account of rules preventing meetups outside of team facilities.

Brady has offered things like this about his coach.

"I’ve got a great relationship with B.A., and we talk every day," Brady said. "I’ve got a lot of respect for him and how he runs the team and so forth."

Rick Stroud, who covers the Bucs for the Tampa Bay Times, has consistently claimed that any differences between the pair are specifically tactical in nature, and not personal.

"To suggest some squabbling over play selection or game plans may lead to a divorce between Brady and Arians at this point is a little far-fetched," Stroud wrote.

What exactly, then, is Arians doing?

Was the criticism his way of getting the best out of Brady, trying to tap into the competitive spirit and figuring that at this stage of his career, Brady’s ego is not fragile enough to require platitudes at every turn?

Or an attempt to make a clear show to the rest of the squad that no one gets preferential treatment and that everyone is held to the same standard of accountability, even one of the best to ever play the game?

The Bucs are 8-5 and wholeheartedly on a path to the postseason. But any chances of running away with NFC South and landing a favorable seed evaporated once the Saints went on a mid-season tear.

Going into Sunday’s clash with the Atlanta Falcons (1 p.m. ET on FOX), the Bucs are in line for the sixth seed, with a solid finish needed to avoid dropping a spot and still a chance of moving up to 5th. Barring a Saints meltdown, it won’t get any better than that.

They are not considered by many to be a true Super Bowl contender, as FOX Bet currently lists Tampa Bay at +1700 to win it all, and Brady’s statistics don’t bear up particularly well to scrutiny.

Brady ranks 25th in completion percentage (64.8) and only four other QBs have thrown more interceptions than his tally of 11. And yet, there is more optimism around the Bucs than at any time in recent memory, at least part of which is down to a belief that Brady’s experience and knowhow will be especially valuable in the playoffs.

So, what do we make of Arians’ methodology, especially the current switch to lavishing him with praise? Could it be that this was part of the plan all along - holding him to account throughout the campaign but now, with the most pivotal part of the year approaching and the old Brady required more than ever, seeking to lift him up?

"The rule of thumb in management is ‘praise in public and criticize in private’ and Bruce Arians has taken a different tack," FS1’s Kevin Wildes said. "His tack is to be honest – most of the time – honesty with an asterisk.

"But when stuff really hits the fan, Bruce Arians will come through for you. I love it. I think Arians has taken a lot of guff for the way he handled Tom Brady but if they’re ever really in trouble, he’s got his back."

Brady’s move to Tampa was always going to have some kind of theatrical element to it, for the narrative of an aging champion seeking a final shot at glory is an irresistible story.

Arians, by extension, was always going to be one of the chief supporting cast members.

But with three weeks left in the season, we’re still trying to figure out whether Arians is Brady’s greatest supporter, his biggest critic, his wannabe golf buddy or the architect of his late-career dreams.

Brady vs. Mahomes: A Clash Of Titans
Patrick Mahomes is set to take on Tom Brady in a Super Bowl matchup that’s as juicy as it gets in both star power and context.
1 hour ago

The Scenic Route
Is taking the Buccaneers from the wild card to the Super Bowl the greatest accomplishment of Tom Brady's career?
5 hours ago

Breaking Down The Early Super Bowl Odds
Where did the point spread open? How has it moved? And where is the early value? Jason McIntyre explains what you need to know.
11 hours ago

Generation Gap
It's GOAT vs. Baby GOAT! But beyond Brady and Mahomes, Geoff Schwartz examines the matchups that will decide Super Bowl LV.
23 hours ago

The Tom Brady Way
Was it really "The Patriot Way"? Or did Sunday prove that it was always about the GOAT? Charlotte Wilder is no longer sure.
1 day ago
those were the latest stories
Want to see more?
View All Stories
Fox Sports™ and © 2021 Fox Media LLC and Fox Sports Interactive Media, LLC. All rights reserved. Use of this website (including any and all parts and components) constitutes your acceptance of these Terms of Use and Updated Privacy Policy. Advertising Choices. Do Not Sell my Personal Info