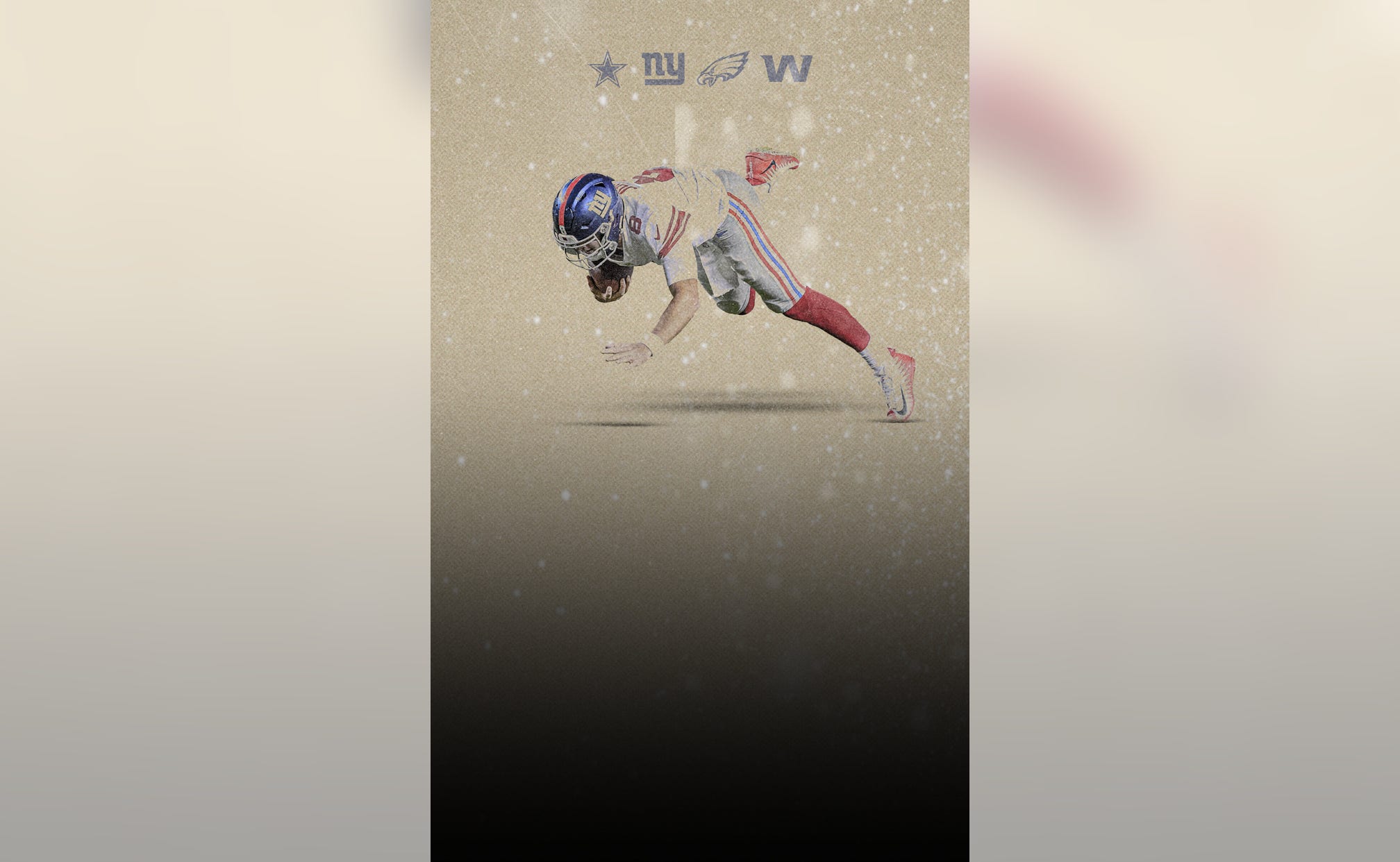 A lot of weird things have happened in 2020.

Time sped up, slowed down, stood still and generally fried our concept of normal. For a while, paper towels and sanitized wipes were the most valuable/hoard-worthy/tradable thing in your neighborhood. One of the year’s most popular TV celebrities was a convicted felon with the rather marvelous name of Joe Exotic.

In sports, well, we have the NFC East.

It is a weird, awful division both in optics and in numerical fact. It is filled with teams that are floating between varying levels of disfunction and it has reached that rare distinction of being so bad that it has simultaneously become hugely interesting.

It may be that no division in the National Football League has ever been so strange. Certainly, the way things are going, no division has ever been as inept. The Philadelphia Eagles (3-5-1), New York Giants (3-7), Washington Football Team (2-7) and the Dallas Cowboys (2-7), this season, are a sorry collection of outfits.

They all share these things: a losing record, an ability to somehow make things worse past a point when that no longer seems possible, and an infinitely better chance of making the playoffs than any of them deserve.

“Five wins might win this division,” Hall of Famer Shannon Sharpe said on FS1’s Undisputed. “I don’t think (it is a joke) either. I am looking at everybody’s schedule. I just don’t see four (more) wins. I don’t see three wins when Philly still has Seattle and Green Bay and Cleveland and New Orleans and Arizona. I don’t see wins there.”

Careful Shannon, you’re about to start disappearing down the rabbit hole. It’s an easy thing to do. There is something about statistical absurdity that is utterly irresistible for sports nuts. Just take a look at the NFC East standings and the upcoming schedules and see an hour disappear as you analyze the propensity for chaos.

Perhaps the likeliest head-scratcher would be if the Eagles were to win only two more games and yet still clinch the division. That’s right, we’d see a 5-10-1 team making the postseason and getting a No. 4 seed, plus home field advantage thrown in for free.

We’ve seen losing teams make the playoffs before. But not 6-10, and certainly not 5-10-1, and absolutely not 5-11, which is still feasible for the Giants, Washington and the Cowboys, if enough things line up.

In Philly, the love affair with Carson Wentz has resoundingly run out of steam. In the nation’s capital, there is little optimism after the chance for a rare victory slipped away against the Detroit Lions. The Cowboys were a bad team before Dak Prescott’s terrible injury and a much worse one since.

And so it is the Giants, yes, really, that feel the best about themselves just now, having won two straight and prompting the ludicrous, but totally correct headline on Bleacher Report: “New York Giants have a legitimate shot at NFC East title.”

Now, it must be put into context that those two wins were against division rivals (Eagles and Washington) because there haven’t been many victories outside of the NFC East. Against opponents from outside the division, the Eagles, Giants, Cowboys and Washington Football Team are 2-18-1.

“The overall standings, we’re not going to look at those, we’re not going to focus on those,” Giants head coach Joe Judge told reporters. “That’s not an emphasis in our organization. We’ve got to keep improving as a team to give ourselves a chance to be the best program we can be.”

You might want to take a quick peek, Joe - because guess what? You’re right in the mix. Somehow.

When it comes to comparing the four teams in the NFC East to others in the NFL, FiveThirtyEight.com ranks them 22nd, 28th, 29th and 30th in the entire league. The Eagles come in at No. 22 on that list, which seems overtly kind.

A couple of shaky tough weeks was enough to send the Seattle Seahawks tumbling to third in the NFC West. The Cleveland Browns are 6-3 and three games behind the top spot in the AFC North. The Miami Dolphins have won five straight yet are still in a dogfight for a playoff spot, even with the field expanded this year.

Those things sound about right. But such general logic doesn’t apply in the NFC East, where the Eagles could lose their next four and still find themselves divisional favorites.

“We just finished Week 10 and they (the NFC East Division) have 10 wins,” Sharpe added. “That’s ridiculous. But somebody has to win it. Can we just take another team from another division that’s really competitive?”

As he knows, we can’t. Someone is going to be first of the worst, and creep into the postseason on the back of ineptitude that is slightly less bad than the others.

Until then, we will be wondering ... how bad can one of these teams get away with being?