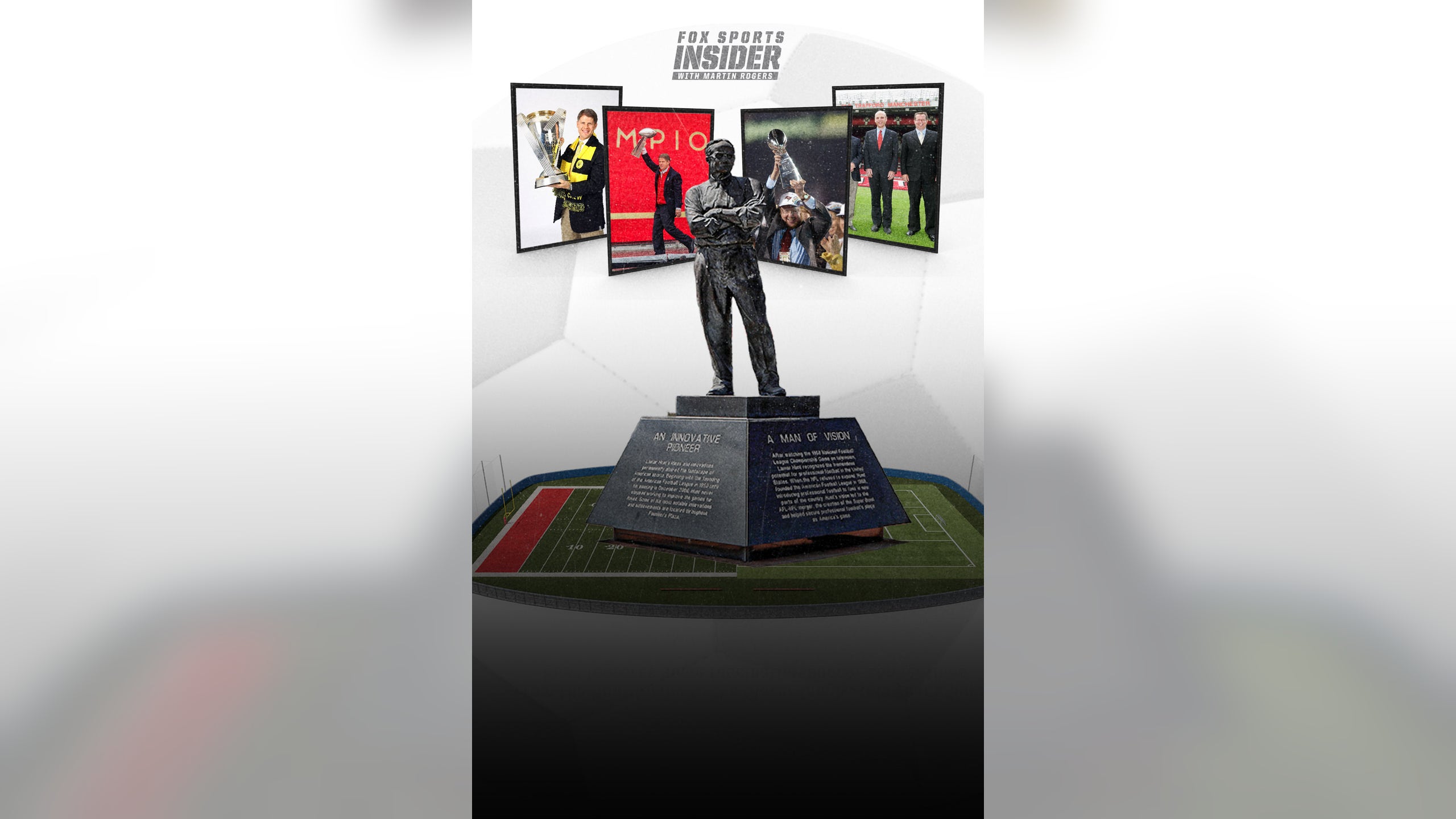 previous story
How to win $25,000 on the NBA in FOX Bet's Super 6 contest
next story
The Houston Rockets, sans James Harden, are a defensive juggernaut
National Football League

It’s Super Bowl week, so let’s start with a Patrick Mahomes anecdote, even though it only tangentially fits the theme of what we’re talking about.

Over to you Clark Hunt, CEO of the Kansas City Chiefs.

"Every year I take my son to Chiefs training camp," Hunt told me last week via telephone. "He’s a good soccer player, and we always get together with the punter and kickers and see how many times we can all juggle a soccer ball.

"When he was a rookie, Patrick joined in, and he was really good. I don’t remember the exact number, but it got up close to 100. I don’t think there’s anything Patrick Mahomes couldn’t be really successful at."

So there you go: further proof, if any was needed, that Mahomes has a sickening level of athletic talent. Remember, he also played college baseball at Texas Tech (more on that later this week) and was a basketball standout in high school.

As for the soccer links to the biggest game in American football? Well, they run far deeper than a casual kickaround back in 2017.

"It is pretty interesting when the NFL owners all get together at owners meetings," noted Hunt, whose son, Knobel, is now a verbal commit to SMU, where Clark was a captain on the soccer team and two-time academic All-American. "A lot of the time, the topic turns pretty quickly to soccer. There is so much crossover now."

NFL owners tend to cast their sporting properties far and wide, especially into the soccer realm. Each of the past five Super Bowls has featured an owner who owns a team in Major League Soccer, yet this year’s Super Bowl combatants — the Chiefs and Tampa Bay Buccaneers — arguably have the tightest bonds of the bunch.

Clark’s father, Lamar Hunt, fell in love with soccer after watching the 1966 World Cup on television. He founded the North American Soccer League in 1967, played a role in helping the United States win World Cup hosting rights in 1994 and became a key initial investor in MLS.

At MLS commissioner Don Garber’s National Soccer Hall of Fame induction in 2018, Garber (whom Hunt recruited to soccer from his role as head of NFL International) said the accolade gave him "an opportunity to honor the memory of Lamar and to make a strong statement on how indebted … MLS is to the Hunt family."

"Quite simply, if you didn’t have pioneers like the Hunt family, who not just believed in soccer but doubled down on it when times were tough, soccer in the U.S. looks nothing like how it looks today," former U.S. captain and FOX Sports soccer analyst Alexi Lalas told me. "As important as the Hunts have been to the NFL, the impact on soccer is even greater – because soccer truly needed them."

Clark Hunt remembers a time when there were only 10 teams in Major League Soccer. Six of them were owned by Phil Anschutz, who still operates the LA Galaxy. Three — in Kansas City, Dallas and Columbus, Ohio — came under the auspices of the Hunts. And the Kraft family of New England Patriots lore took charge (and still do) of the New England Revolution.

Things are drastically different now, with the league due to expand to 30 teams by 2023, all with different ownership groups and valuations of up to $500 million. The Hunts still control FC Dallas.

MLS tried to get the Glazer family that spearheads the Buccaneers interested in buying the ill-fated Tampa Bay Mutiny in the early 2000s. The Mutiny shared Raymond James Stadium with the Bucs, but when no sale could be arranged, the team folded in 2002.

The Glazers, led by patriarch Malcolm Glazer (who died in 2014) went global instead, engineering a bid to take over English Premier League behemoth Manchester United.

At the time, English soccer was not yet accustomed to foreign ownership, and there was some initial suspicion. Even now, as is often the case in European soccer, owners shoulder part of the blame when things do not go as planned on the field.

However, United are currently second in the EPL table and contending for their first league title since 2013. In 2018, the club was ranked the most valuable soccer club in the world by Forbes.

"The Glazers brought a different approach when they came in and were trailblazers for the new type of big foreign investment to a large extent," BBC journalist Peter Shuttleworth told me via telephone. "They brought a level of corporate professionalism, but they haven’t held back from spending when it was needed."

United invested a world-record $116 million to sign Paul Pogba in 2016, and the $92 million acquisition of Portugal’s Bruno Fernandes last year is seen by many as the catalyst for the most recent revival in fortunes under head coach Ole Gunnar Solskjaer.

Meanwhile, on the domestic front, MLS continues to make major strides, in terms of both the standard of play and commercial values.

"It has been fun to watch MLS develop to the point where it is one of the most dynamic leagues in the world and can now hold itself up against the established international leagues," Clark Hunt said. "Conversely, the NFL is making strides internationally, which I have loved being part of."

Lamar Hunt’s interest in soccer was piqued when he saw European stadiums packed with screaming fans, and he envisioned something similar in the U.S. It has been a long process.

Back in 2007, when I followed David Beckham’s first season with the Galaxy, there was still significant antipathy toward soccer from many NFL fans. Over time, the relationship has morphed into a comfortable coexistence.

Soccer in America is here to stay — not as a direct competitor to the NFL but as a complementary part of the sports landscape.

Some of the millions watching American football’s biggest game on Sunday will be from the soccer community, and they’ll have plenty of round ball connections to enjoy.