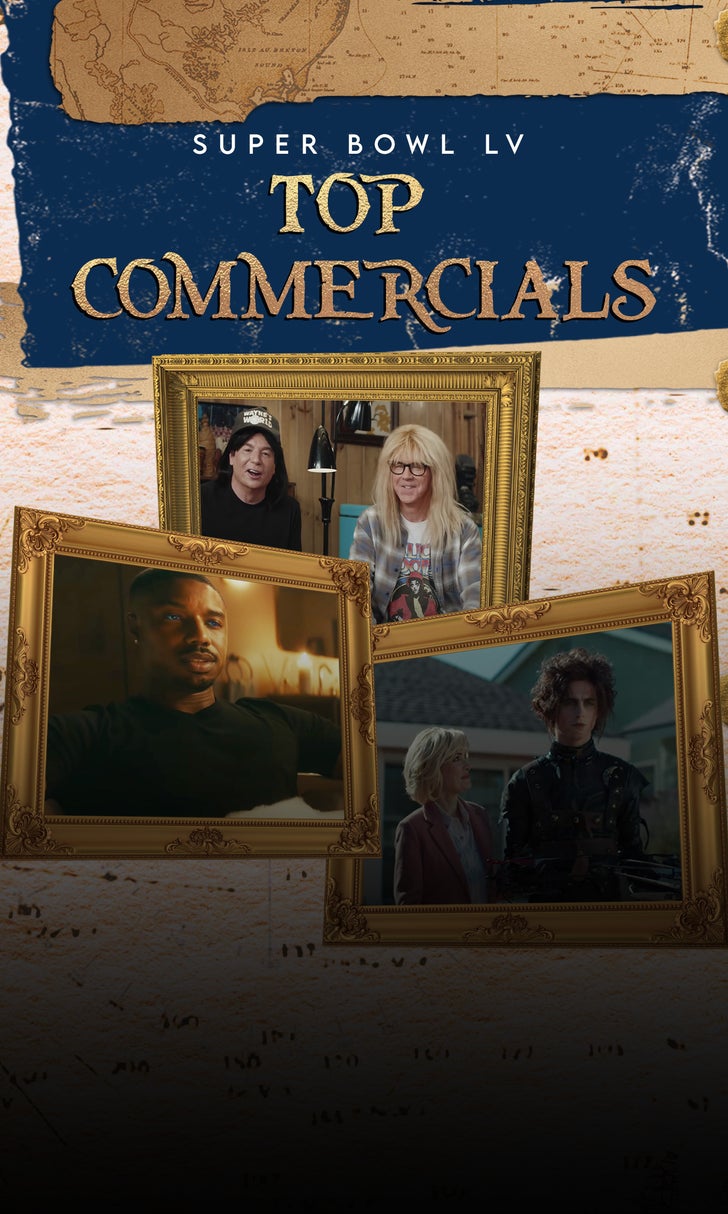 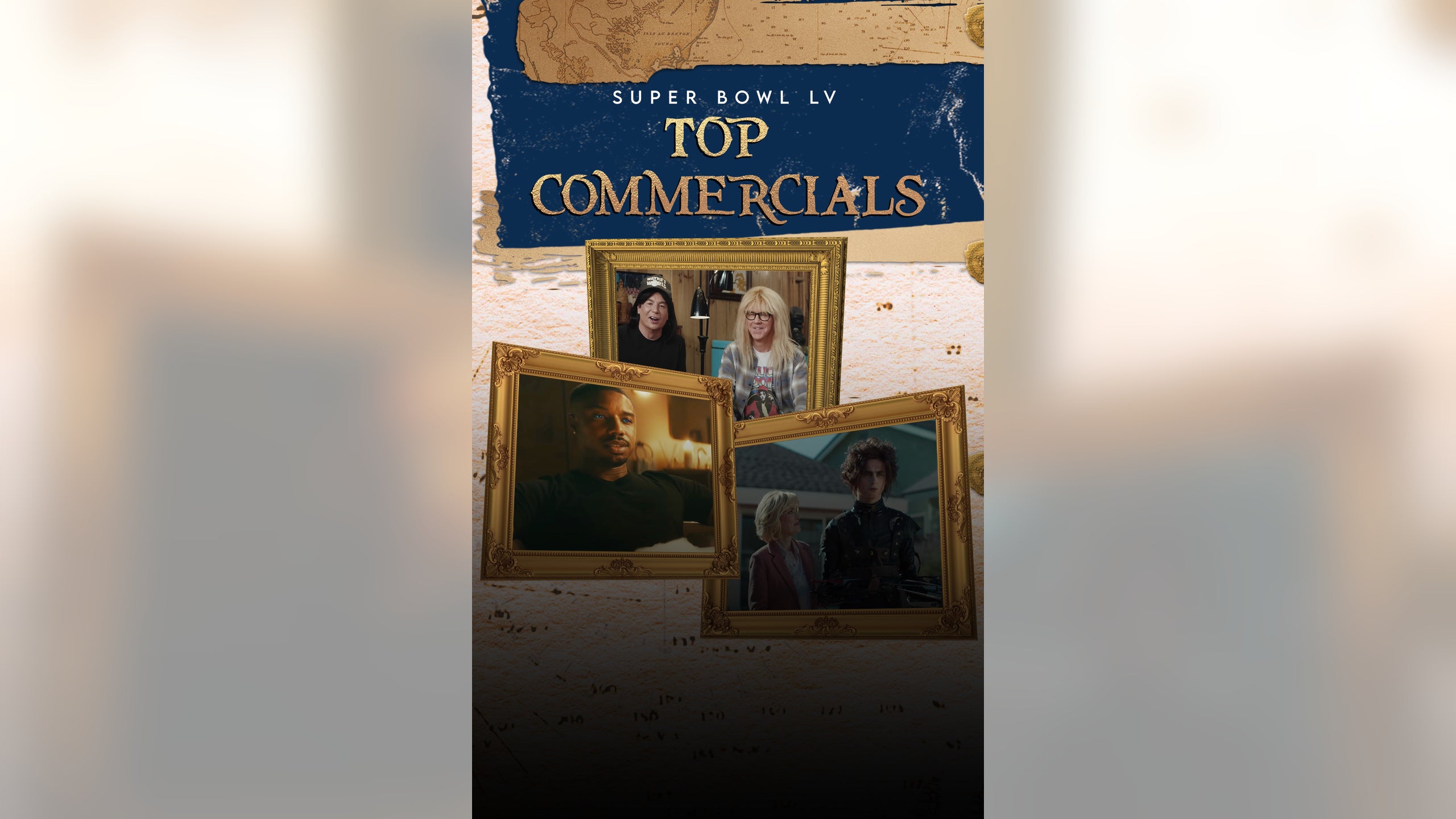 The Super Bowl is must-see TV — even when the game is on pause.

While the Tampa Bay Buccaneers and Kansas City Chiefs duked it out for the Lombardi Trophy ⁠— with Tom Brady emerging victorious ⁠— advertisers competed for the coveted title of best Super Bowl commercial.

Which ads were worth the investment? In no particular order, here are 15 of the best commercials money could buy, including extended looks at the spots.

Apparently, Norway sells the most electric vehicles per capita ... and Will Ferrell isn't pleased about that news.

The "Saturday Night Live" legend enlists the help of Kenan Thompson and Awkwafina to send Norway a message, and hilarity ensues.

Sticking with the "SNL" vibe, Mike Myers and Dana Carvey reprise their roles as Wayne Campbell and Garth Algar, respectively, with an assist from Cardi B in this spot from Uber Eats.

The extended cut redefines the word "extended," clocking in at more than two-and-a-half hours as local Uber Eats-affiliated restaurants scroll by.

Meanwhile, Wayne and Garth hang out in the background, causing a ruckus.

It turns out that 1990's "Edward Scissorhands" had an alternate ending in which Edward and Kim Boggs, played by Winona Ryder, get together and have a son of their own: Edgar, played by Timothée Chalamet.

Edgar experiences hardships similar to what his father went through in the movie, but times have changed between then and now ⁠— cars included!

Amazon's flagship smart device, Alexa, has a sleek, new look. But could it be even easier on the eyes?

Well, the answer is yes — if Michael B. Jordan could house Amazon's software. The idea is purely fantasy in 2021 ... but hey, never say never.

Can you spot real from fake?

Michelob Ultra plays the look-alike game with Don Cheadle, Megan Fox, Serena Williams, Sylvester Stallone and a host of other celebrities ⁠— or are they? ⁠— playing a part.

The adult beverage at the center of it all is Michelob Ultra's Organic Seltzer, which is "as real as it tastes," according to Cheadle. There's another surprise reveal at the end of the commercial to leave you questioning all you hold dear.

Apologies are sweet, but an apologies with candy are sweeter.

Who better than The Boss, Bruce Springsteen, to be a voice calling for unification?

Set in Lebanon, Kansas, at a chapel that, according to Springsteen, "stands at the exact center of the lower 48," Springsteen calls for people to meet in the middle.

This is one of the few politically inclined ads in this year's Super Bowl slate, and it packs a powerful message.

The Bud Light has gone missing, but some familiar faces are on the case, including Post Malone and Cedric the Entertainer.

A bevy of other icons from Bud Light commercials past and present ⁠— hello, Bud Knight! ⁠— rally to fix the issue.

Is there anything smarter than saving the day? Probably not, if you're asking the "Real Men of Genius" singer.

Not all commercials went the celebrity/comedy route. Case in point: Indeed's ad called "The Rising."

With a cover of Andra Day's "Rise Up" providing the backdrop, the spot hits the heartstrings during an uncertain time in the employment market.

Tide answers the question you didn't think anybody asked: What if my hoodie with Jason Alexander's face on it could react to various conditions of cleanliness?

Turns out, in classic Alexander fashion, the hoodie with his face isn't too thrilled about getting messy. Good thing Tide is there to make it good as new!

For the "Seinfeld" die-hards, the soundtrack of the "Greatest American Hero" theme song serves as a fun call-back to George Costanza's answering machine.

In the category of "who's cutting onions in here?" Super Bowl ads, we have Toyota's 2021 spot.

This commercial shares the inspiring story of Jessica Long, a Paralympic gold medalist who was adopted from Russia at 13 months old and, because of a rare condition, had her lower legs amputated at 18 months old.

Long has won 23 Paralympic medals in swimming, including 13 gold. Toyota is a sponsor of Team USA Olympians and Paralympians.

Cheetos ⁠— It Wasn't Me

Quarantine put a lot of relationships into a pressure cooker, and celebrities weren't immune.

Hollywood super-couple Mila Kunis and Ashton Kutcher put that on display in a Cheetos ad in which Kunis is spotted munching Kutcher's Cheetos Crunch Pop Mix.

That's where musician Shaggy comes in, suggesting Kunis use his excuse from 2000's hit "It Wasn't Me" as her defense.

Despite all the evidence to the contrary, including orange fingers and lips, the gambit apparently works!

A CGI Samuel L. Jackson yelling at video game characters, including a cuddly bear that happens to be carrying a spiked mace?

Keep an eye out for Pittsburgh Steelers wideout Juju Smith-Schuster making a cameo.

Leave it to Tracy Morgan to illuminate the difference between being "pretty sure" and being "certain."

Between jumping out of an airplane with something you're "pretty sure" is a parachute and being "pretty sure" you could take down Dave Bautista, Rocket Mortgage goes to great lengths to show how it important it is to be certain when it comes to buying a house.

It's difficult to change someone's mood in four words, but this spot for Anheuser-Busch reminds folks that it isn't impossible.

In this ad, the words "Let's grab a beer" do indeed mean that, but they also represent much more, depending on the context.

Let Deshaun Go
The Texans have ruined their relationship with their star QB. Now, they have no choice, Charlotte Wilder writes.
38 mins ago

Dak Drama
The waiting game continues in Dallas as the Cowboys have yet to negotiate a deal with franchise quarterback Dak Prescott.
7 hours ago