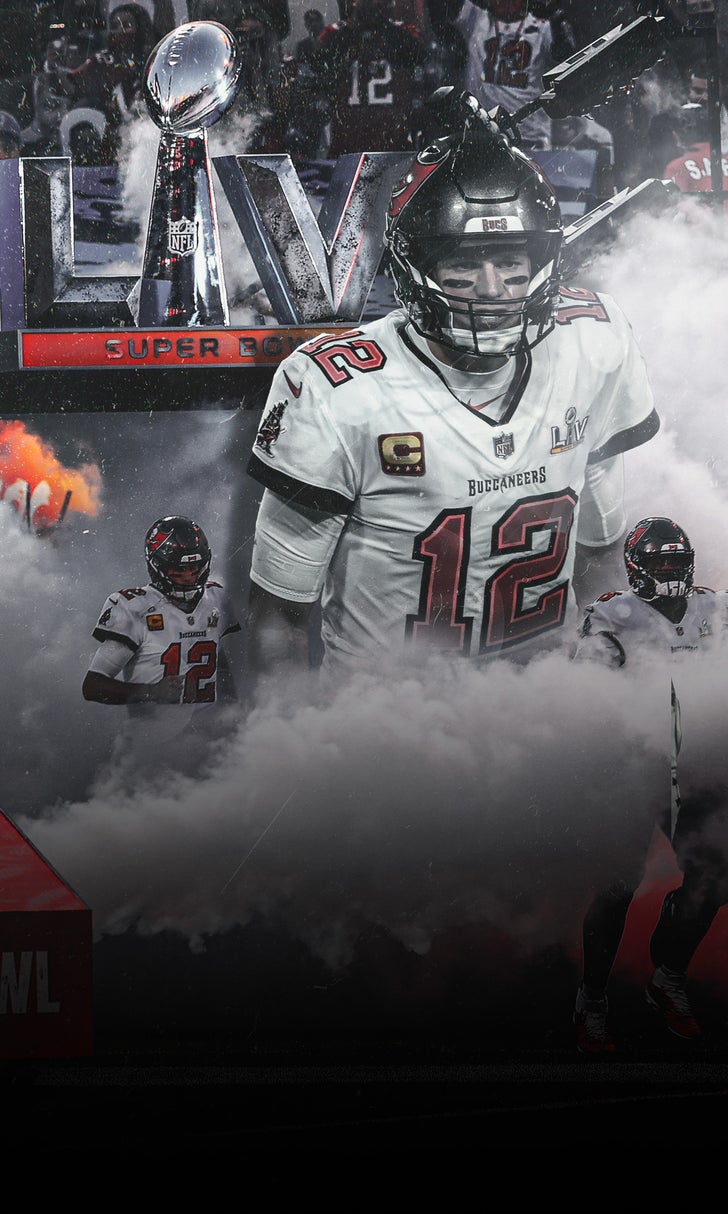 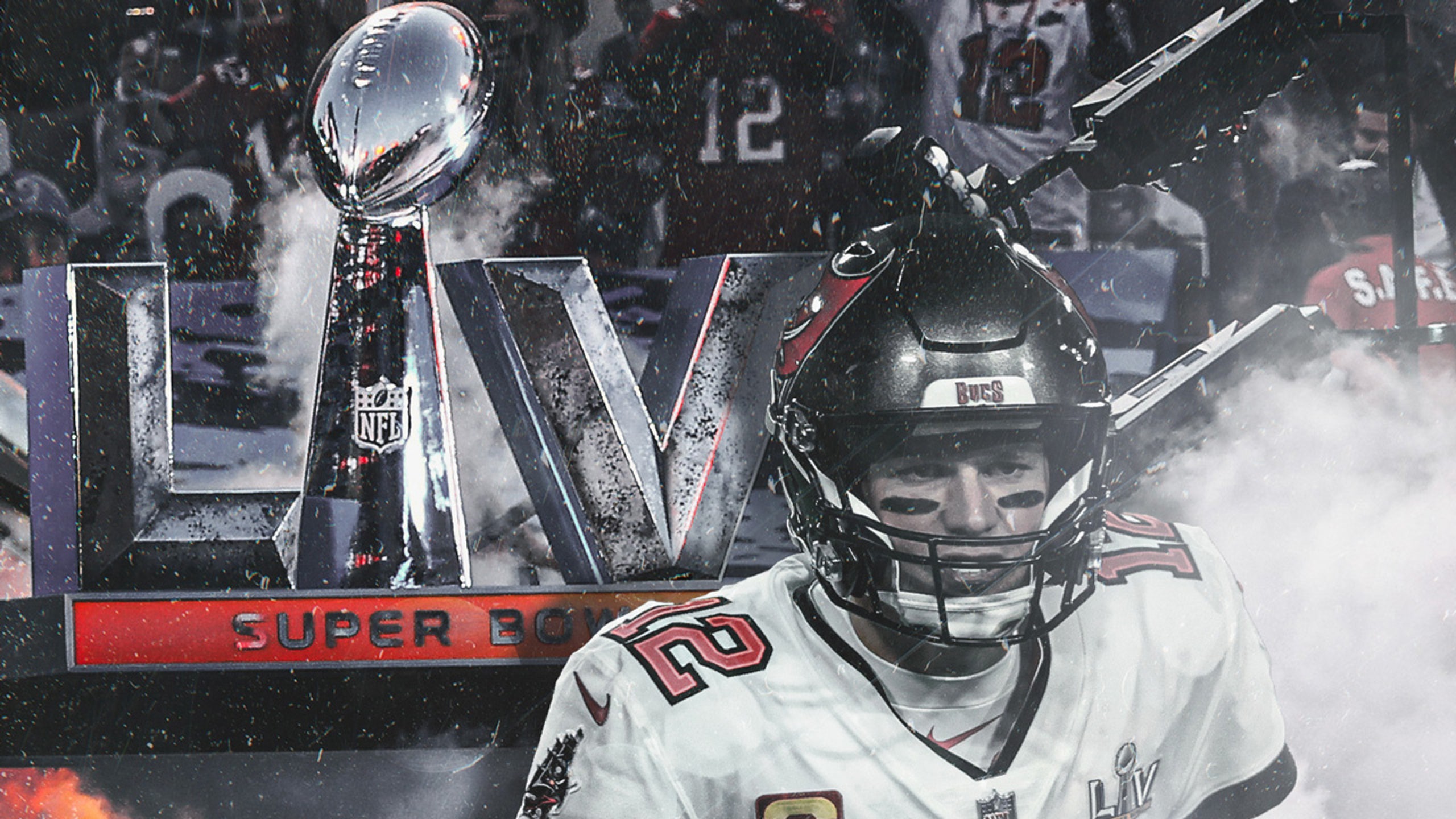 Ultimately, it was Tom Brady.

Of course, Tom Brady. Despite all the reasons against it, despite the supposed improbability, despite the quality of the opposition, despite the fact that it would need history to be made ... Tom Brady.

On Sunday, Brady led the Tampa Bay Buccaneers to an extraordinary Super Bowl LV triumph at the end of an extraordinary, unprecedented season, unrecognizable in most ways except for the identity of the man hoisting the trophy.

The final score was 31-9, but the most pertinent number of all was seven – yes, seven, the absurd number of NFL titles the 43-year-old quarterback has crafted into his personal possession.

It didn’t matter that the Bucs stood across from the reigning champion Kansas City Chiefs and their imperious quarterback Patrick Mahomes – a playmaker as new-age as Brady is timeless – or that the oddsmakers said no, or at least, "Probably not, Tom."

No, Brady took a pair of old cohorts in Rob Gronkowski and Antonio Brown — just like he, big names who had seen their continuing effectiveness called into question — plus a maligned running back and a brilliant defense and tore up everything that didn’t align with his own script.

Back, way back, right at the start, when Raymond James Stadium was glowed with sunset, and all things seemed possible, Brady and Tampa Bay actually began poorly.

It scarcely mattered given what followed, but it is worth noting that the Bucs managed just seven plays and 16 yards on their first two possessions until the spark came from a change in approach.

On the third drive, trailing by three after a Harrison Butker field goal, Brady handed it off to Leonard Fournette three straight times, and just like that, the Chiefs' defense was guessing.

Butker’s earlier kick ensured that for the 62nd game in succession, Kansas City would enjoy the lead at some point. But this time, the Chiefs would never get it back.

Gronkowski, looking so much sharper and speedier these days than prior to his short-lived retirement, was a physical presence for which there was no immediate answer. The Buccaneers, surely needing no reminder of Mahomes’ propensity to engineer playoff comebacks, pressed relentlessly.

An outstanding drive that took the ball to the 2-yard line should have realized points, but Joe Haeg had an end-zone catch punched out on a tackle-eligible play, and two straight run attempts were stuffed at the line.

Usually, those are the kind of things that can ignite Mahomes’ dynamism, but there was no let-up from the Bucs. And when Kansas City punter Tommy Townsend sliced one wildly, Brady was marching again, momentum on his side.

The home side, the first team to play a Super Bowl in its own stadium, dodged misfortune midway through the second quarter when Tyrann Mathieu's interception was erased following a holding flag – and penalties proved to be the Chiefs’ nemesis.

They were piling up. An offsides call on Ryan Succop’s made field goal meant the Bucs kept driving instead. One play, one throw later, Brady hit Gronkowski for a 17-yard touchdown and a 14-3 lead that felt like much more.

Facing uncharacteristic adversity, Mahomes looked for familiar friends. His next drive began with him hitting Travis Kelce, and he went back to the big tight end three more times as the Chiefs finally showed some attacking energy. However, with a potential revival perhaps looming, the Buccaneers' defense chased Mahomes backward on third down, and the Chiefs had to settle for another Butker three-pointer.

Worse for Andy Reid’s group, they left Brady a minute to work with – too long, as it turned out. Pressured into trying to make something happen and wishing for the ball back, Reid took an inadvisable timeout, giving the Bucs more latitude.

After two more penalties, both due to receiver Mike Evans' causing serious headaches, Brown was the grateful recipient of Brady’s third touchdown pass. He ran a spectacular route to juke Mathieu and establish a 21-6 lead right before The Weeknd got the interval action rolling with an electrifying halftime performance.

The city of Tampa, enjoying a sporting renaissance few saw coming – the NHL’s Lightning won the Stanley Cup and MLB’s Rays made it to the World Series – was licking its collective lips as Mahomes was thwarted once more and Butker again stepped up.

Yet the Bucs’ veteran QB, judging by the locked-in look he wore on the sideline, knew there was still much work to be done. A lot of people have headed from the upper part of the East Coast to this section of Florida. Few have made such an early impact.

After another big strike to Gronkowski, it was Fournette – yes, the guy discarded by the 1-15-bound Jacksonville Jaguars – who proved his further worth with an unimpeded touchdown run to make it 28-9.

By now, there was unease and tiredness in the Chiefs' camp. Mathieu fumed on the sideline, and suddenly two questions had to be answered. Could the Chiefs' defense find a way to get stops? And the brain teaser we thought we’d never ask: Could Mahomes, who always finds a solution, do it this time?

As Mahomes was sacked on the next possession, then hoisted a desperate throw that ended up being tipped into the arms of Antoine Winfield Jr., it became clear that this time, he couldn’t.

However much it seems like it occasionally, unstoppable doesn’t truly exist.

Tampa Bay ...  "Tompa" Bay ... whatever you want to call it, it doesn’t have the same electrifying ability as its opponent, yet it was the Bucs who showed the Chiefs-like trait of looking like they’d score every time they had the ball.

Even when mild mishap occurred, with a snap sailing over Brady’s head toward the end of the third, Succup calmly drilled a 52-yarder, and the gap hit 22.

At that point, it became about sensible management of clock and ball. Who better, in such circumstances, than the guy with too many rings to fit on one hand? Brady stayed error-free, Mahomes was forced into greater and greater risks, and the clock became Kansas City’s greatest enemy.

The final nail came when a harried Mahomes fired one into the hands of Devin White, cornerstone of a defense that stymied Mahomes, Aaron Rodgers and Drew Brees in successive games.

Time, yes, of all things, time, worked in the favor of the serial winner who has been around forever.

It doesn’t make sense. Greatness isn’t supposed to. There is only one way to explain it.

Mayfield Or The Field?
Colin Cowherd played another fun game this week called 'Baker Mayfield or the Field.'
17 hours ago