PITTSBURGH (AP) — Le'Veon Bell is free to go. Antonio Brown, maybe not so much.

The Pittsburgh Steelers have no plans to place a transition tag on Bell, allowing the star running back to reach the open market when free agency begins next month. And while the team will explore moving Brown, general manager Kevin Colbert stressed Wednesday the Steelers will not cut the talented but turbulent star wide receiver just to appease him.

"By no means are we going to make a trade or any type of move that will not be beneficial to the Pittsburgh Steeler organization," Colbert said. "We will not be discounting (Brown) on the trade market and we certainly will not be releasing (him)."

Brown began openly campaigning for a new team shortly after Pittsburgh finished 9-6-1, upset after being made inactive for the regular season finale against Cincinnati for failing to provide coach Mike Tomlin with an update on his status after Tomlin sent Brown home from practice a couple of days before the game to nurse an injury.

The Steelers won but missed the playoffs. Brown has spent most of the last two months thumbing his nose at the organization via social media in an effort to assure he wouldn't be welcomed back, including calling out quarterback Ben Roethlisberger for having an "owner mentality" and questioning Tomlin's integrity.

Yet Colbert said he doesn't believe Brown's erratic behavior will hurt his trade value and didn't even rule out a chance that Brown returns to Pittsburgh for a 10th season in 2019. Brown met with Colbert, team president Art Rooney II and vice president Omar Khan in Florida on Tuesday to clear the air. Though both sides agreed "looking into a trade would probably be the best course of action," Brown and Rooney posed for a picture afterward , a gesture Colbert called more indicative of Brown's character than the drama that's surrounded him at times during his prolific rise from sixth-round pick to the most productive wide receiver of his generation.

The team has not yet entered into active trade talks for Brown, the only player in NFL history with six straight seasons of at least 100 receptions. That figures to pick up with free agency set to begin on March 13 and Brown due a $2.5 million roster bonus on March 17.

"He believes there will be demand and hopefully for our situation there's a demand that can satisfy anybody," Colbert said.

What "satisfy" means is up to the Steelers and not Brown, who along with agent Drew Rosenhaus will be kept in the loop but will not be given freedom to go seek their own deal. Colbert declined to get into specifics on what the team is looking for, pointing out it could be a draft pick or an established player or perhaps some combination. The Dallas Cowboys gave the Oakland Raiders a 2019 first-round pick for Amari Cooper last fall. Pittsburgh even snagged a third-rounder from the Raiders last spring for Martavis Bryant.

Neither Cooper nor Bryant has anywhere near Brown's resume, but they also don't have his contract. Brown, who turns 31 in July, has three years left on the $68 million extension he signed in the spring of 2017. Though he's cryptically mentioned "new demands" in various social media posts, if traded he would be tied to that deal with his new team.

Colbert allowed Brown could remain in Pittsburgh if the asking price isn't met, and doesn't seem too concerned about Brown's recent antics making it impossible for him to assimilate back into the locker room.

"I've seen players change perspectives from beginning of a game to the end of game to the following week let alone a season to an offseason to a new season," he said. "I don't think any relationship is irreparable."

At least when it comes to Brown. Mending fences with Bell isn't a priority because there aren't any to fix. Rather than engage in another standoff with Bell — who sat out all of 2018 after declining to sign his one-year, $14.4 million franchise tender — the Steelers will let him go via free agency.

Pittsburgh had the option of placing the transition tag on Bell, but the machinations involved and the money and time it would tie up during the early days of free agency proved prohibitive. Colbert said the team would rather use in other areas the salary cap space created by not tagging Bell. The Steelers appear set at running back with James Conner and Jaylen Samuels but could need help at wide receiver if Brown is traded. Inside linebacker and defensive back are both filled with question marks after a 2-4 slide to end the regular season.

"Le'Veon is still a great player but we can't afford to use any type of tag with other needs that we have," Colbert said.

The team does plan to bring back kicker Chris Boswell, who converted just 13 of 20 field goals in 2018 after being a Pro Bowler in 2017. Boswell is expected to face competition in training camp. The team also plans to work on a contract extension for the 36-year-old Roethlisberger, though Colbert also wants some of Roethlisberger's veteran teammates to take on more ownership of the club's performance.

"I honestly believe (leadership) can be a burden on Roethlisberger than he may like to admit, Colbert said. "He's got 52 kids under him, honestly, and I want them to step up and say, 'Hey Ben, what do I have to do?'" 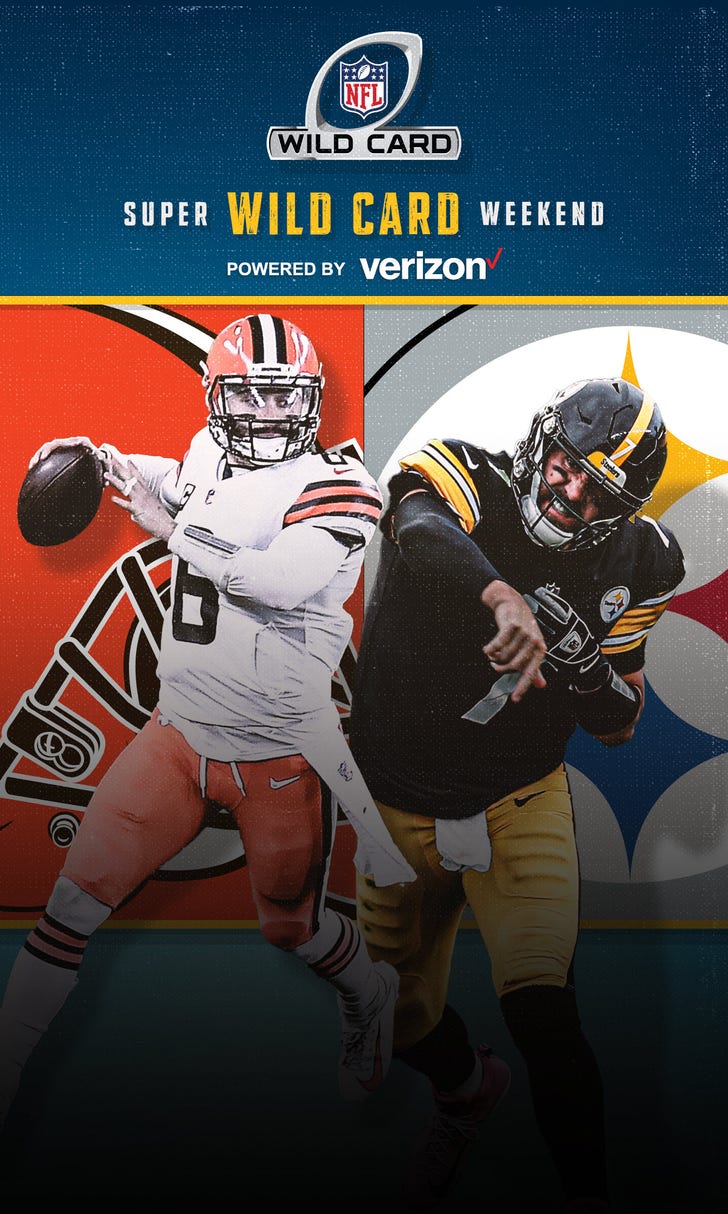