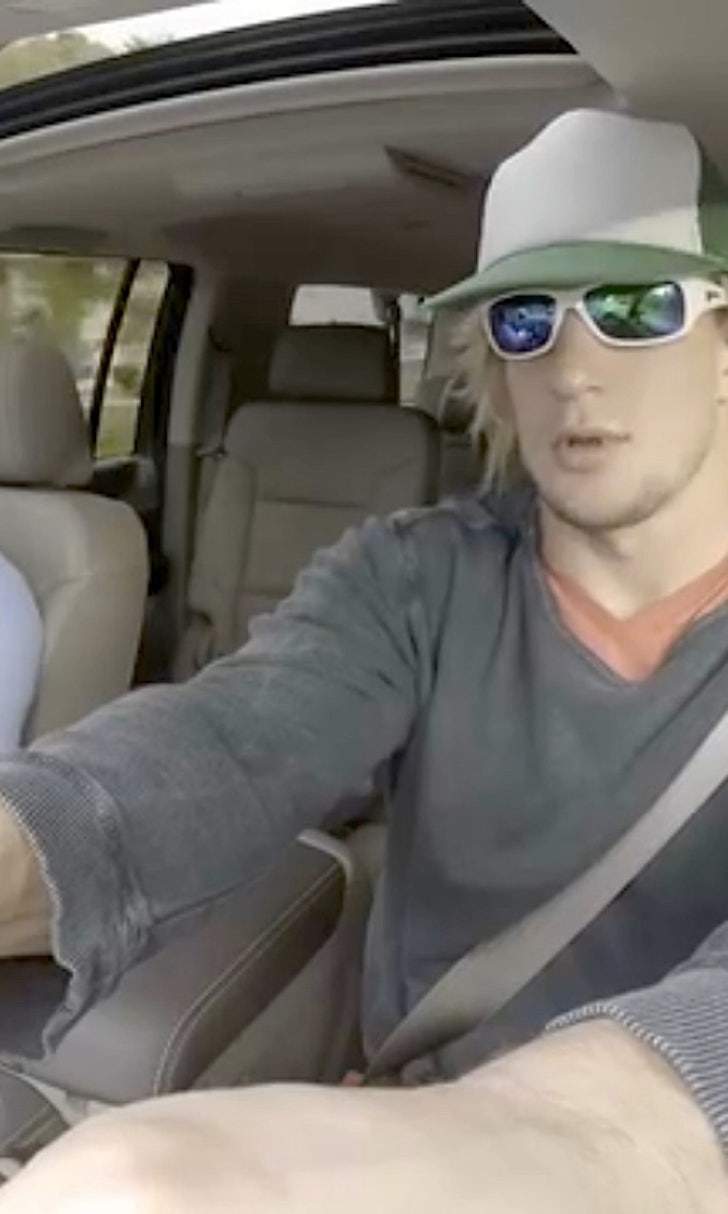 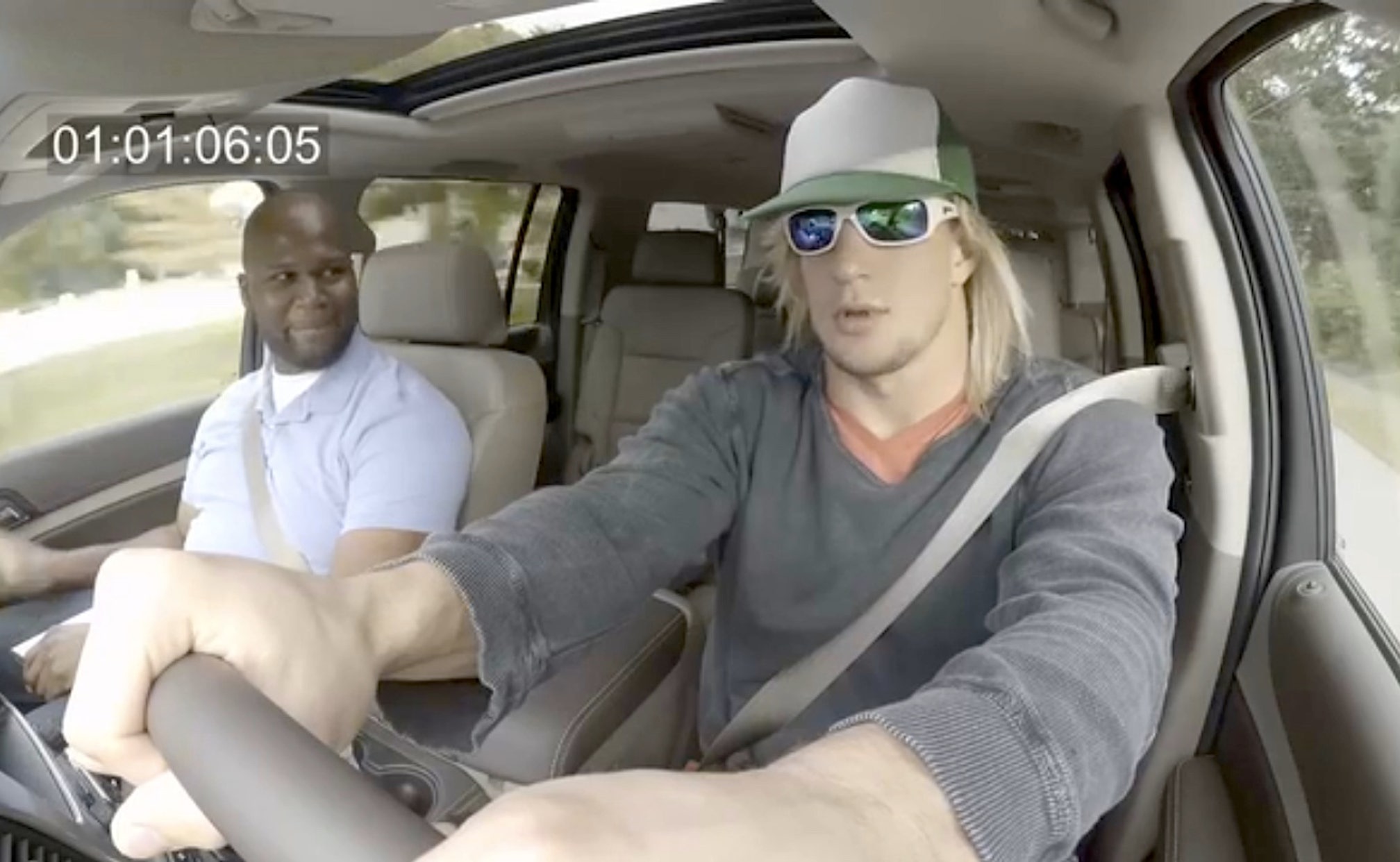 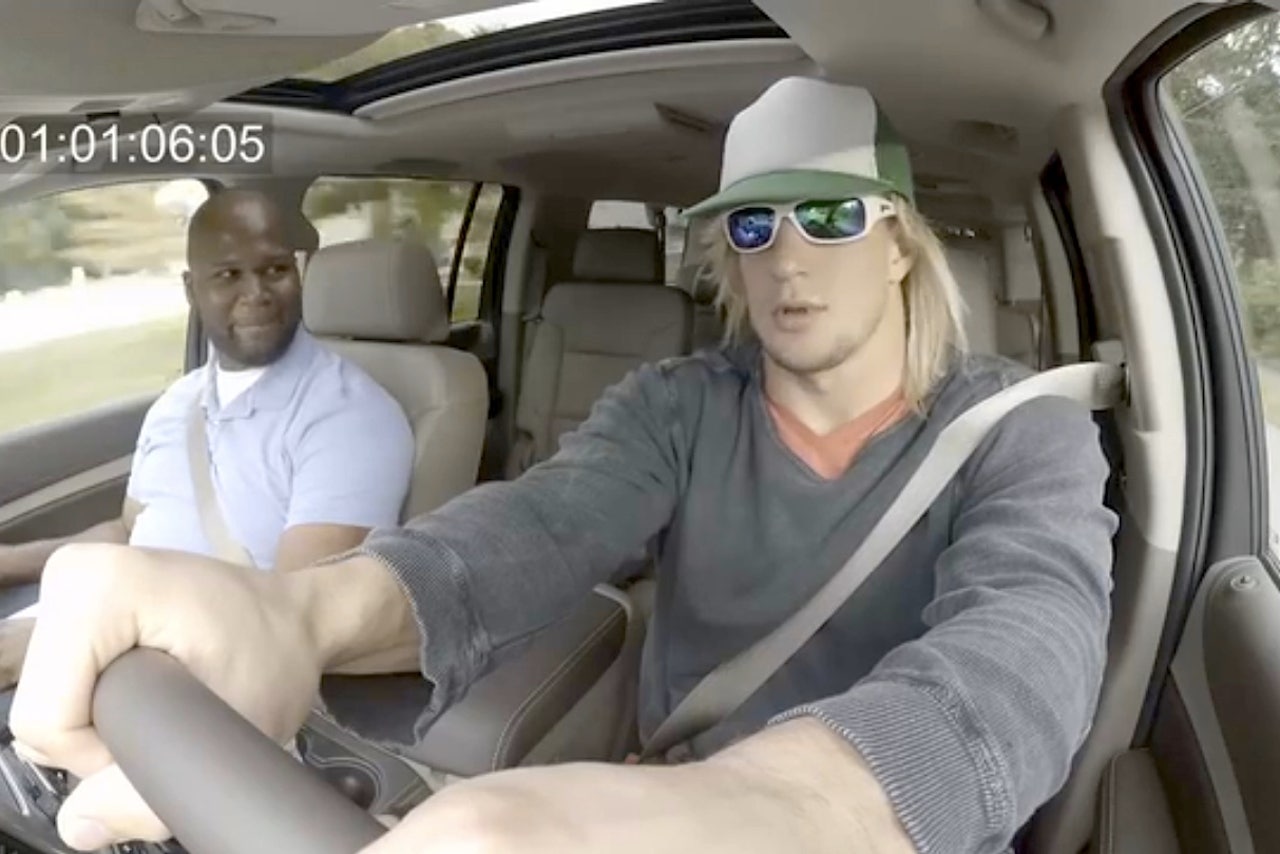 Rob Gronkowski is a big man. He’s 6-foot-6, 265 pounds and doesn’t look like your average human being.

Because of that, it’s hard for him to go unnoticed in public places, which is why he doesn’t usually try to hide his identity. However, he recently went undercover as a Lyft driver by wearing a goofy wig and hat, and acting like he’s an expert in astrophysics. Spoiler alert: he’s not.

Passenger: "What can you tell me about astrophysics?"

As large and recognizable as he is, Gronk went mostly unnoticed – even when talking about Tom Brady and himself.

“I love that guy,” Gronk said to one passenger. “I’ve got like four posters of him.”

Gronk continued to talk about Brady, saying “he probably puts this lotion on all the time after he showers.”

The best part is when a guy says he’s actually met Gronk at a bar downtown. Gronkowski calls him out and says he definitely was never at that bar, therefore debunking his claim of meeting Gronk.

Inside The Patriots' Shocking Decline
Something has changed in New England and it has done so with stunning rapidity, Martin Rogers writes.
7 hours ago

Newton's Flaw
After starting the season on a high, Cam Newton has come back down to earth ⁠– hard. Can he and the Pats salvage the season?
15 hours ago

The Wright Tiers
The 'Herd Hierarchy' finally has some competition. Here are Nick Wright's NFL tiers heading into Week 7.
5 days ago

Worth The Risk?
Antonio Brown's name is being attached to the Seahawks. Should Russell Wilson & Co. roll the dice on the mercurial wideout?
5 days ago
those were the latest stories
Want to see more?
View All Stories
Fox Sports™ and © 2020 Fox Media LLC and Fox Sports Interactive Media, LLC. All rights reserved. Use of this website (including any and all parts and components) constitutes your acceptance of these Terms of Use and Updated Privacy Policy. Advertising Choices. Do Not Sell my Personal Info