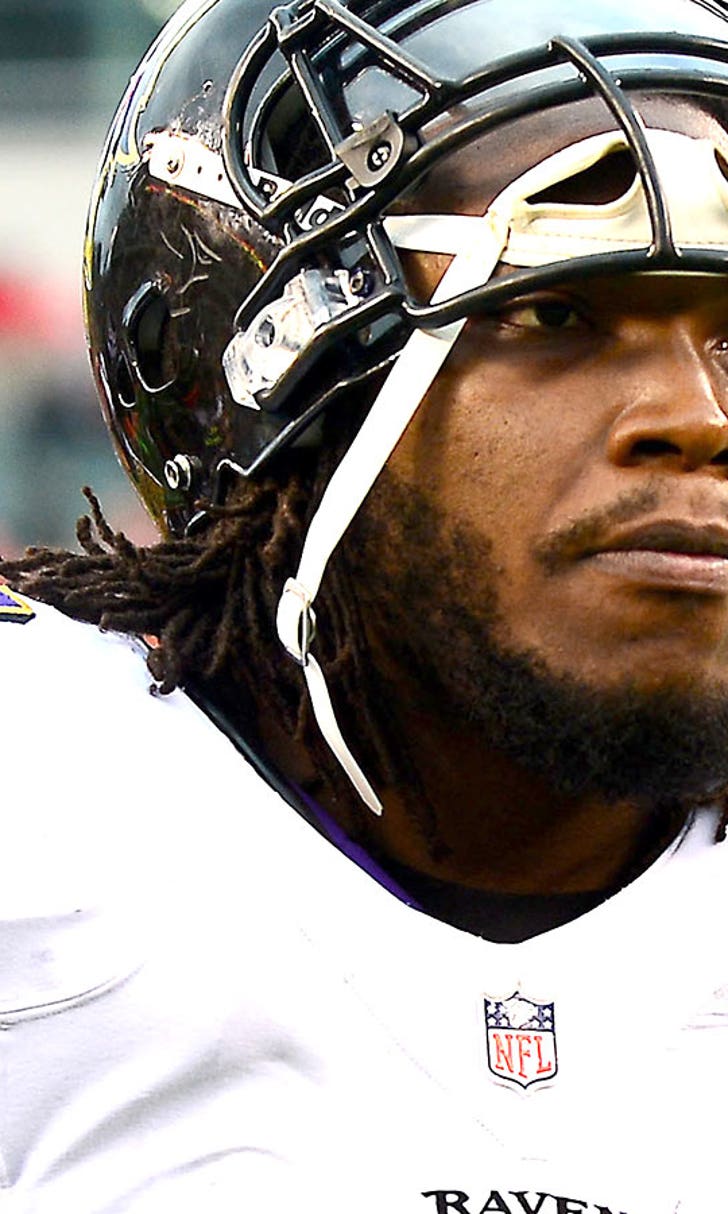 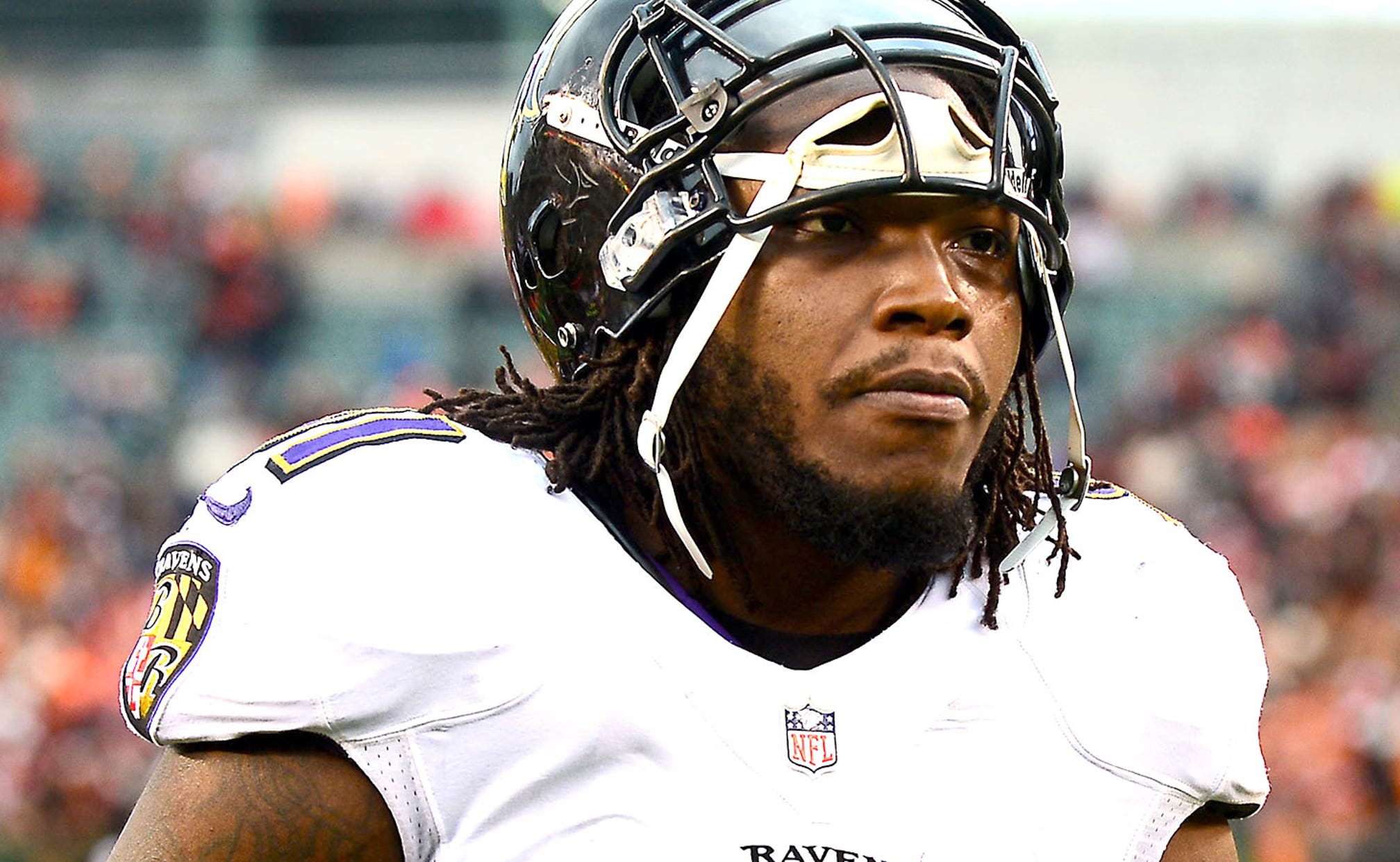 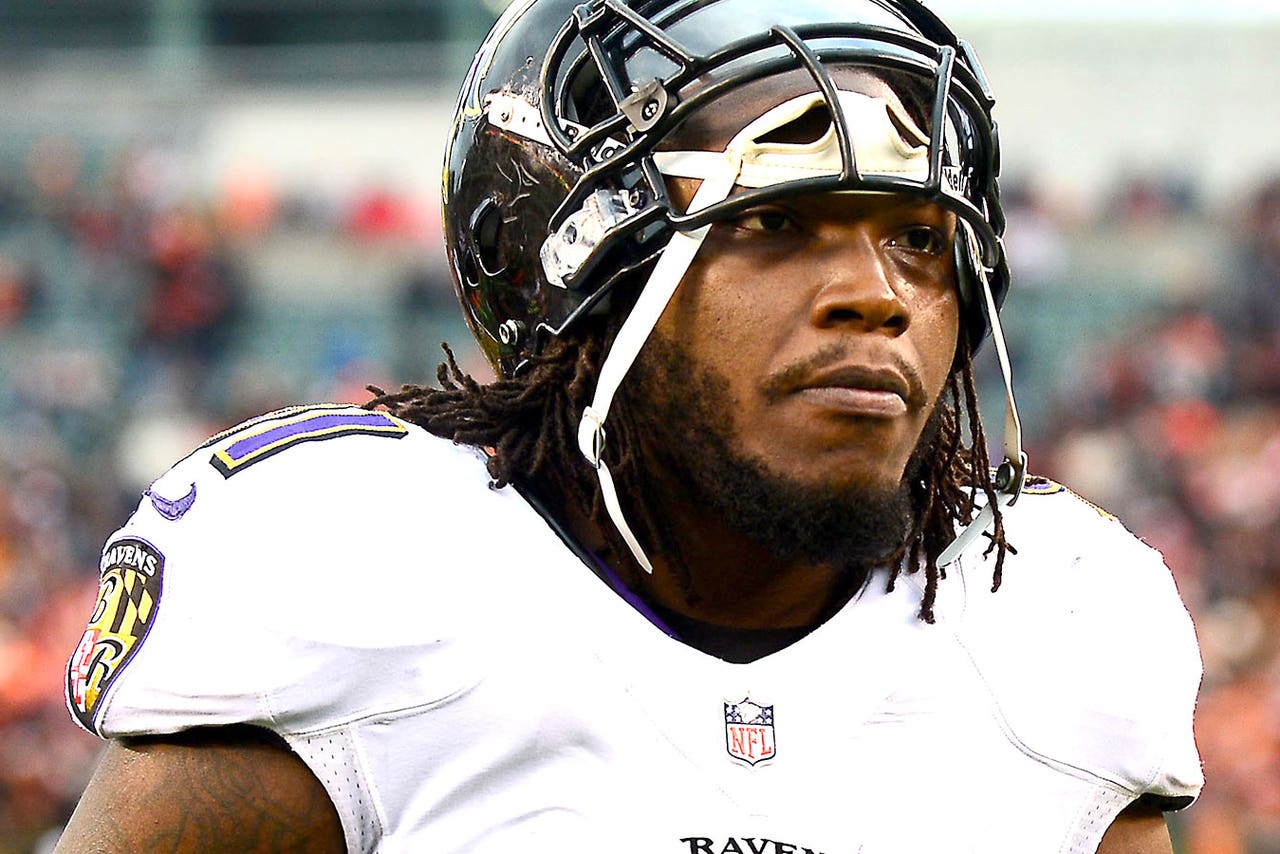 When Jimmy Smith's 101-yard interception return for a touchdown was taken off the board by Courtney Upshaw's offsides penalty on Sunday, it looked like it was going to cost the Baltimore Ravens a win over the Pittsburgh Steelers. Instead, it will likely just cost Upshaw an expensive dinner.

Trailing 20-10 with 7:27 left at the Ravens 1-yard line, Steelers quarterback Ben Roethlisberger tried to hit Antonio Brown on a quick out to the left. Instead, the ball tipped off Brown's hands directly to Smith, who sprinted 101 yards untouched the other way for what seemed like the nail in the coffin.

Then the flag came for this:

Upshaw was penalized for an obvious neutral zone infraction, and DeAngelo Williams scored two plays later to make it a field goal game. Just what the Steelers needed to reverse their fortunes and escape with a win on a very shaky day.

Instead, Upshaw redeemed himself with an 8-yard sack of Roethlisberger on Pittsburgh's next possession, and the Steelers were unable to convert the first down from there. But when the players entered the locker room, Smith sent a quick joke Upshaw's way.

"All I can say to him is, ‘I’m sorry, man,’” Upshaw said via the team's official website. "I was even celebrating. When I looked and saw the flag, I was like, ‘I hope it wasn’t on me.’ I wish I could take it back."

Smith likely won't show the same remorse when he runs up the tab at Upshaw's expense.

Herd Hierarchy: Week 7
Another week, another new No. 1 team in Colin Cowherd's 'Herd Hierarchy.' Find out who's in front heading into Week 7.
3 days ago

MVP Watch: Wilson Bolsters Case
Just how good is Russell Wilson? Even in a bye week, the Seahawks quarterback strengthened his claim for the MVP award.
4 days ago

NFL's Top Plays of Week 6
There was a role reversal in New England and a wild touchdown in Philly. Check out the other top plays from NFL Sunday!
6 days ago
those were the latest stories
Want to see more?
View All Stories
Fox Sports™ and © 2020 Fox Media LLC and Fox Sports Interactive Media, LLC. All rights reserved. Use of this website (including any and all parts and components) constitutes your acceptance of these Terms of Use and Updated Privacy Policy. Advertising Choices. Do Not Sell my Personal Info