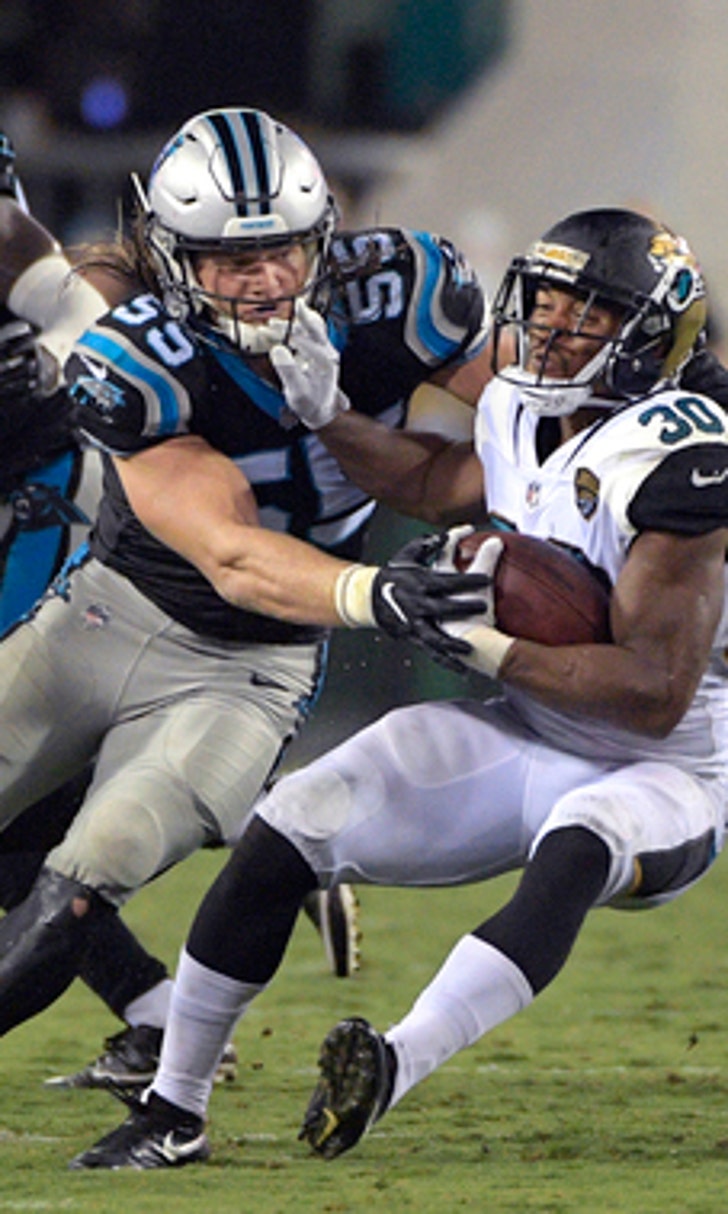 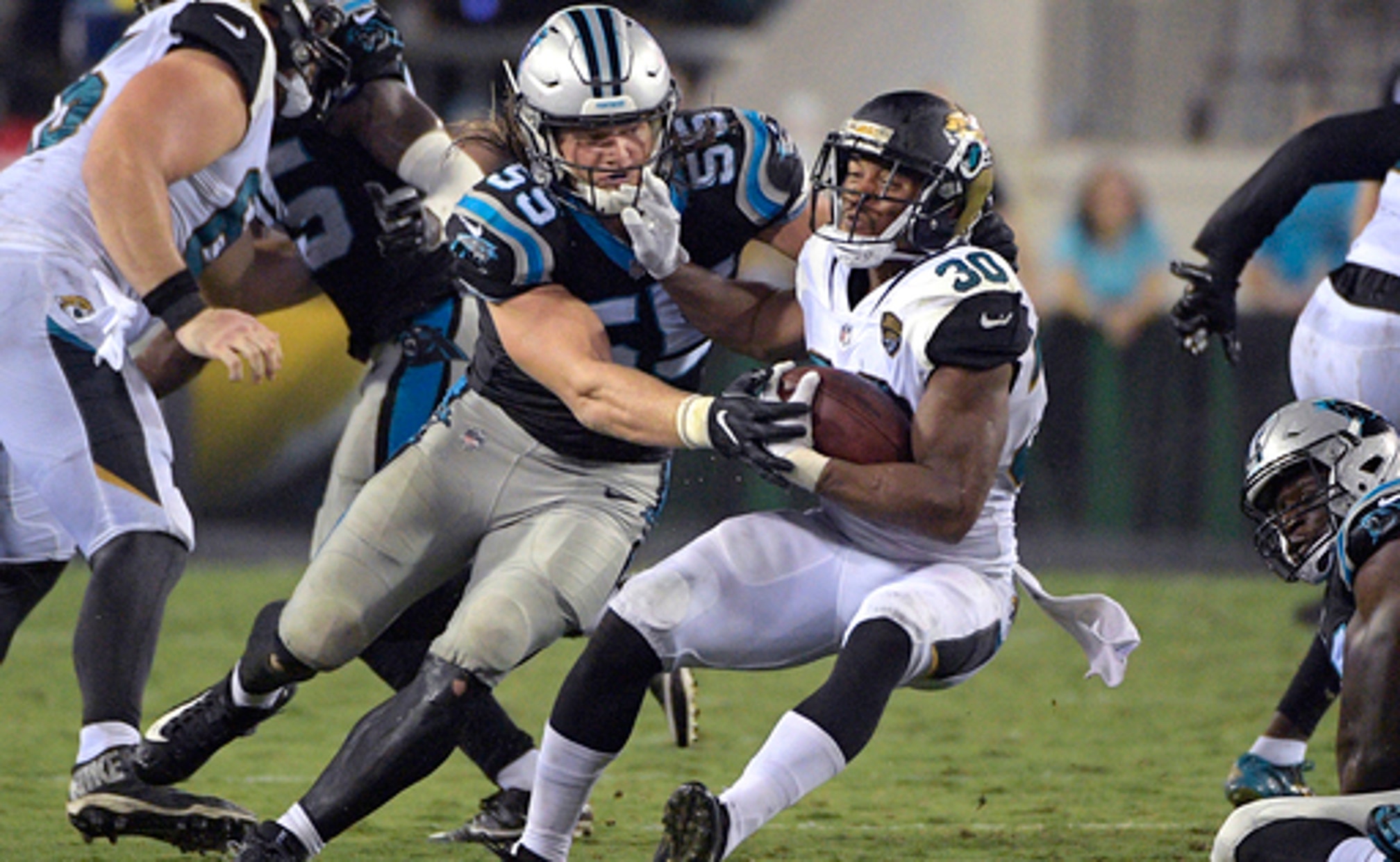 CHARLOTTE, N.C. (AP) The Carolina Panthers are faced with the difficult task of replacing three-time All-Pro Luke Kuechly for the third time in three seasons, the

Only this time they don't have A.J. Klein to fill in at middle linebacker.

Kuechly is back in the NFL concussion protocol after taking a blow to the head in Carolina's 28-23 loss to the Philadelphia Eagles on Thursday night. He attended practice on Tuesday but did not participate. Coach Ron Rivera said Kuechly is ''advancing'' in the NFL protocol, but said his status remains unclear for Sunday when the Panthers (4-2) visit the Chicago Bears (2-4).

Kuechly spent three weeks in the NFL concussion protocol in 2015 and 2016 and has missed nine games altogether in the previous two seasons.

''You can't replace Luke Kuechly,'' said Julius Peppers. ''... He leaves a void in the defense. He's the main communicator, his leadership, all of those things we miss out there. ... But you can't replace players like that. He's a special guy.''

With Klein having signed a big free agent contract with the New Orleans Saints this offseason, the task of filling in for Kuechly falls on third-year linebacker David Mayo.

Mayo has never started a game and primarily plays on special teams.

The Panthers' fifth-round draft pick in 2015 struggled in pass coverage against the Eagles. When Kuechly took a blow to the head and neck area and left the game in the second quarter the Panthers hadn't allowed a touchdown. The Eagles scored three TDs after he left the game.

Adams has spent 16 seasons in the NFL and said he's never played with a linebacker who has the ability to call out an opponent's plays before they happen the way Kuechly can. When Adams arrived in Carolina, he made a point to start studying game film with Kuechly.

But Adams said after spending months with Kuechly he's still not quite sure how he does it.

''If I could tell you how it happened, believe me I would do it myself,'' Adams said with a laugh. ''That's why he's special. He just knows.''

Rivera played with Mike Singletary and coached Brian Urlacher in Chicago, and said both linebackers have similar qualities to Kuechly in their ability to know what play was going to be run before it was called.

He also said teammates have come to rely on Kuechly, the NFL's Defensive Player of the Year in 2013.

''Luke has built so much trust with his teammates that some guys may feel that if they don't make the play then Luke will make it,'' Rivera said. ''They expect Luke to do so much for them.''

Rivera believes Mayo has the same type of qualities, but hasn't had the opportunities yet.

Mayo said he's up for the challenge if asked to start against the Bears this Sunday.

''I know they are going to try to run the ball first,'' Mayo said. ''They have two really good backs so that will be our main focus to stop the run.''

But Mayo knows Kuechly has set the bar high.

''Luke pushes me every day, more than he probably knows just from who he is and how he prepares for the game,'' Mayo said. ''And obviously his motor and how hard he works every day, too. I have learned a lot from him and continue to learn a lot from him.''

Adams said if Mayo is asked to play, he has full confidence in him.

The Panthers signed free agent linebacker Andrew Gachkar and promoted quarterback Garrett Gilbert from the practice squad to the 53-man roster, while waiving quarterback Brad Kaaya and safety Dezmen Southward. The moves means Gachkar could play special teams and would allow Mayo to focus solely on defense until Kuechly returns. 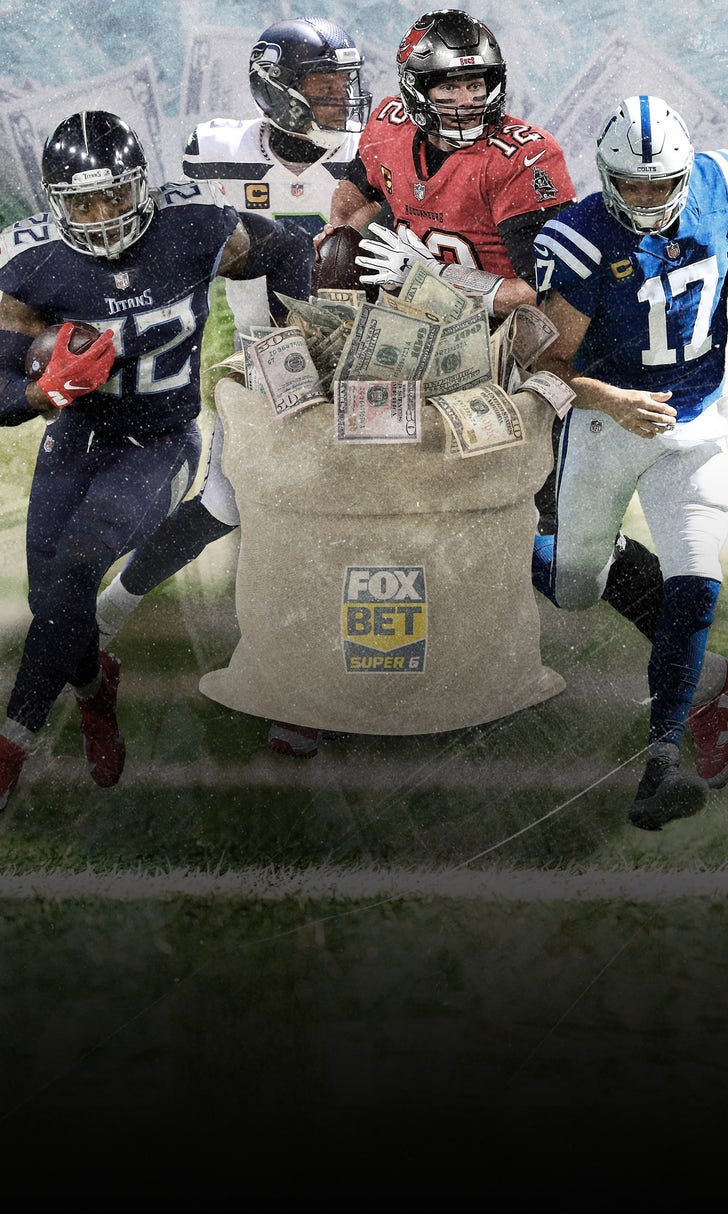 Road To $1 Million In Week 9
NFL fans have a chance to win $1 million for free Sunday. Jason McIntyre's loading up on road underdogs and home favorites.
November 4
those were the latest stories
Want to see more?
View All Stories
Fox Sports™ and © 2020 Fox Media LLC and Fox Sports Interactive Media, LLC. All rights reserved. Use of this website (including any and all parts and components) constitutes your acceptance of these Terms of Use and Updated Privacy Policy. Advertising Choices. Do Not Sell my Personal Info