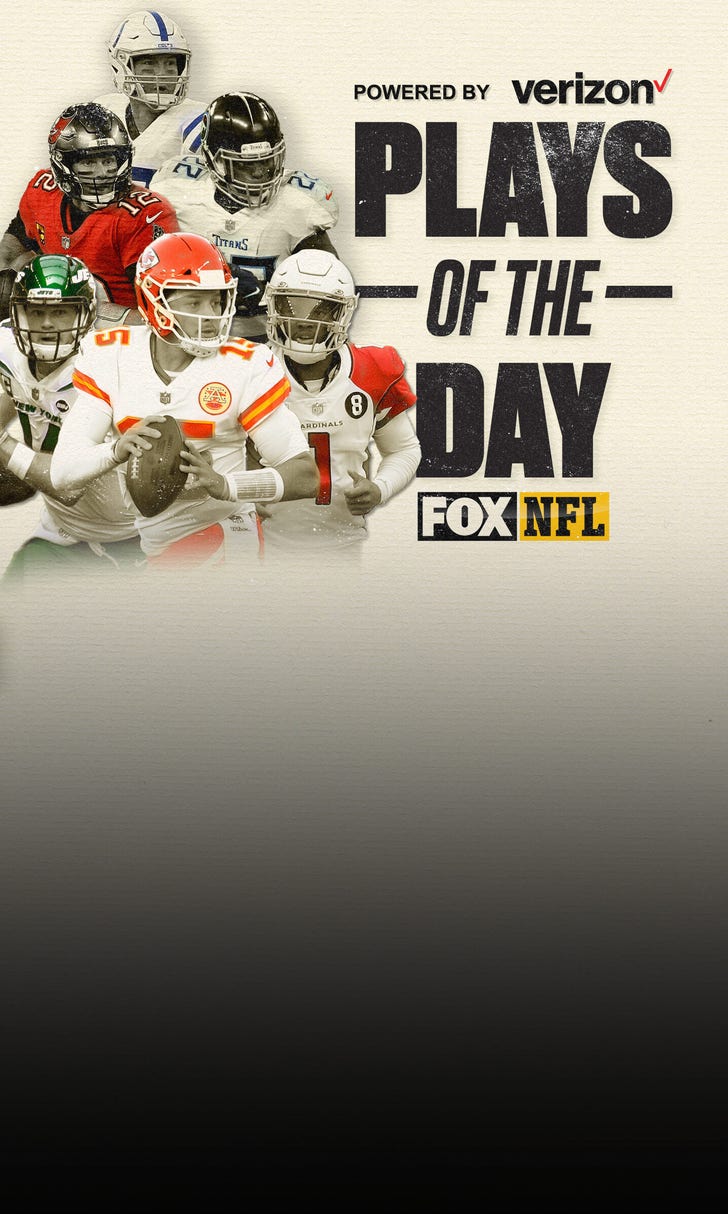 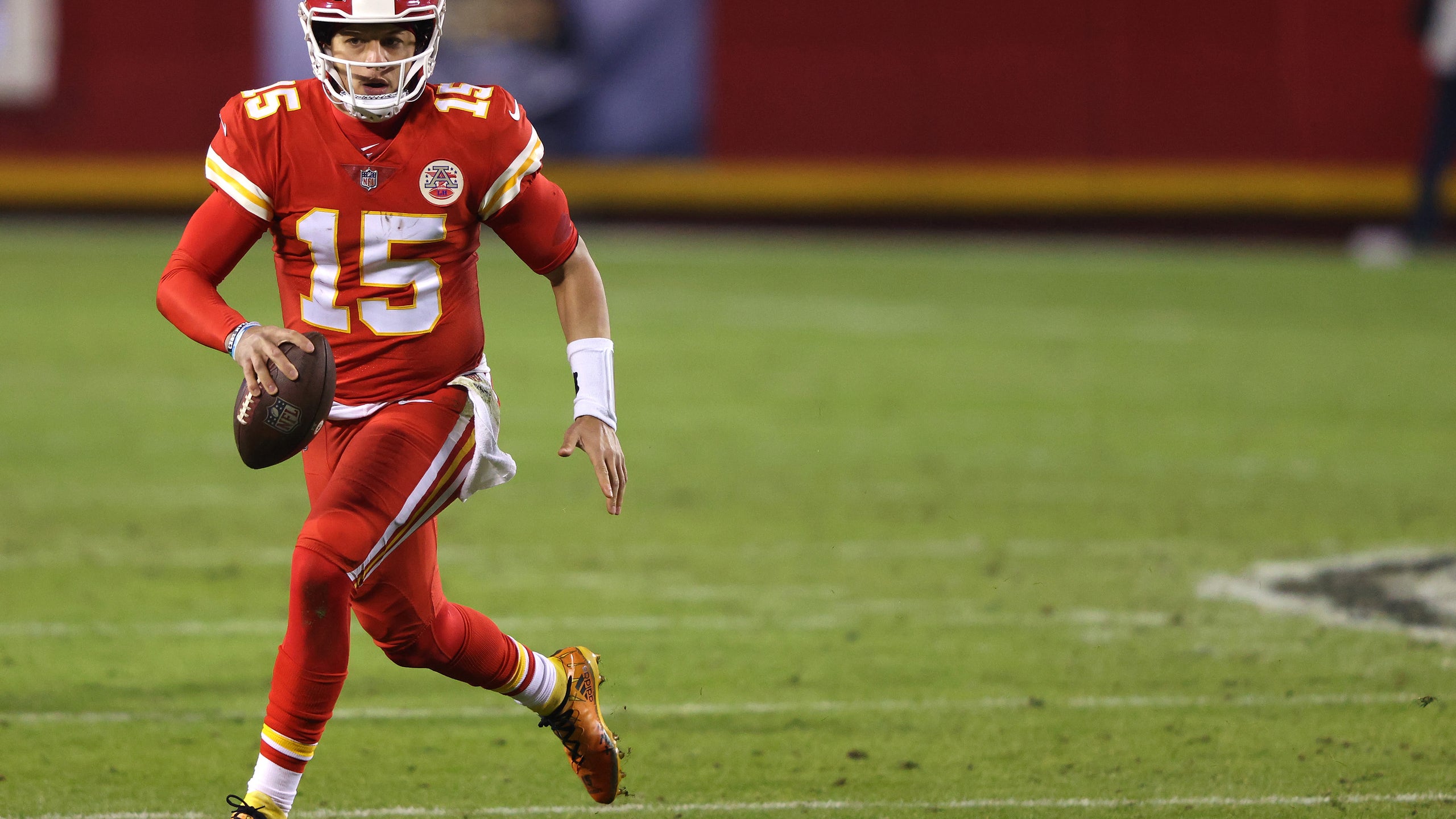 Week 14 of the NFL schedule features big-time clashes that will affect both playoff positioning and next year's draft order, and things got off to a quick start.

One hand, no problem

The Titans ran a flea-flicker on their first drive, but the real highlight came from AJ Brown's ridiclous one-handed catch for the touchdown.

Finally, LA broke through in a tight game, winning 20-17.

This blocked field goal by DaQuan Jones kept the Jaguars from putting points on the board against the Titans.

In his QB debut, Jalen Hurts fumbled the football late, allowing the Saints an opportunity.

And the Dolphins weren't done there, intercepting Mahomes a second time in the first quarter, as Miami picked off the Chiefs QB three times on the day.

Catch him if you can

Bears running back David Montgomery only needed an ounce of daylight to run for an 80-yard score.

If Khalil Mack gets anywhere near the ball, there's always a chance of this being the result.

The Cowboys defense has been much-maligned for the majority of the season, but it came to play against the Bengals, forcing a second fumble in the first half.

Taking the top off

Tom Brady and Scotty Miller took the top off of the Vikings defense to score on this 48-yard bomb.

When Tyreek Hill has space, there's a good chance he won't be stopped, as evidenced by this 32-yard touchdown.

Khalil Mack forced a fumble in the first quarter against agaisnt the Texans and then followed it up by forcing a safety.

Tyrann Mathieu picked off Dolphins quarterback Tua Tagovailoa in the second quarter, his fourth INT in three weeks and the first of Tagovailoa's career.

The Chiefs start fast in the second half

And then Mecole Hardman returned a punt 67 yards for a touchdown.

Derrick Henry bullied the Jaguars on the ground, running for his second touchdown of the game on the way to 215 yards rushing.

Go up and get it

Mike Gesicki proved to be too big, going up and snatching this touchdown pass over the Chiefs secondary.

Jason Pierre-Paul got the sack, fumble, and recovery all in one motion.

T.Y. Hilton just wanted it more, and it was evidenced by this touchdown reception.

Marcus Maye didn't need any help with pulling in this interception against Russell Wilson.

Another day at the office

Another Sunday, another touchdown for Davante Adams, who scored in his eighth straight game.

Wide out to wide out

Who needs a quarterback when your wide receivers can throw bombs like this?

Fourth down, back against the wall – no problem for Jalen Hurts.

Hurts was out there using his legs in his first career start.

Kenny Moore only needed to get one hand on the ball to reel in this interception against the Raiders.

Washington's defense was everywhere today, including the end zone, after Chase Young's scoop-and-score.

And rookie Kamren Curl and his pick-six.

Matt Ryan heaved it up high for a touchdown, but Rayshawn Jenkins said no way.

In His Shoes
Tom Rinaldi tells the moving story of Packers running back Aaron Jones and his special bond with a boy from western New York.
3 hours ago

Greg Olsen Joins The FOX Sports Family
After a 14-year, record-setting career, the tight end announced his retirement as he joins the FOX Sports NFL broadcast team.
3 hours ago

Our 30-Minute Drill For Playoff Bettors
Four star quarterbacks. Two scintillating matchups. Our gambling experts answer all your questions before kickoff.
4 hours ago
those were the latest stories
Want to see more?
View All Stories
Fox Sports™ and © 2021 Fox Media LLC and Fox Sports Interactive Media, LLC. All rights reserved. Use of this website (including any and all parts and components) constitutes your acceptance of these Terms of Use and Updated Privacy Policy. Advertising Choices. Do Not Sell my Personal Info