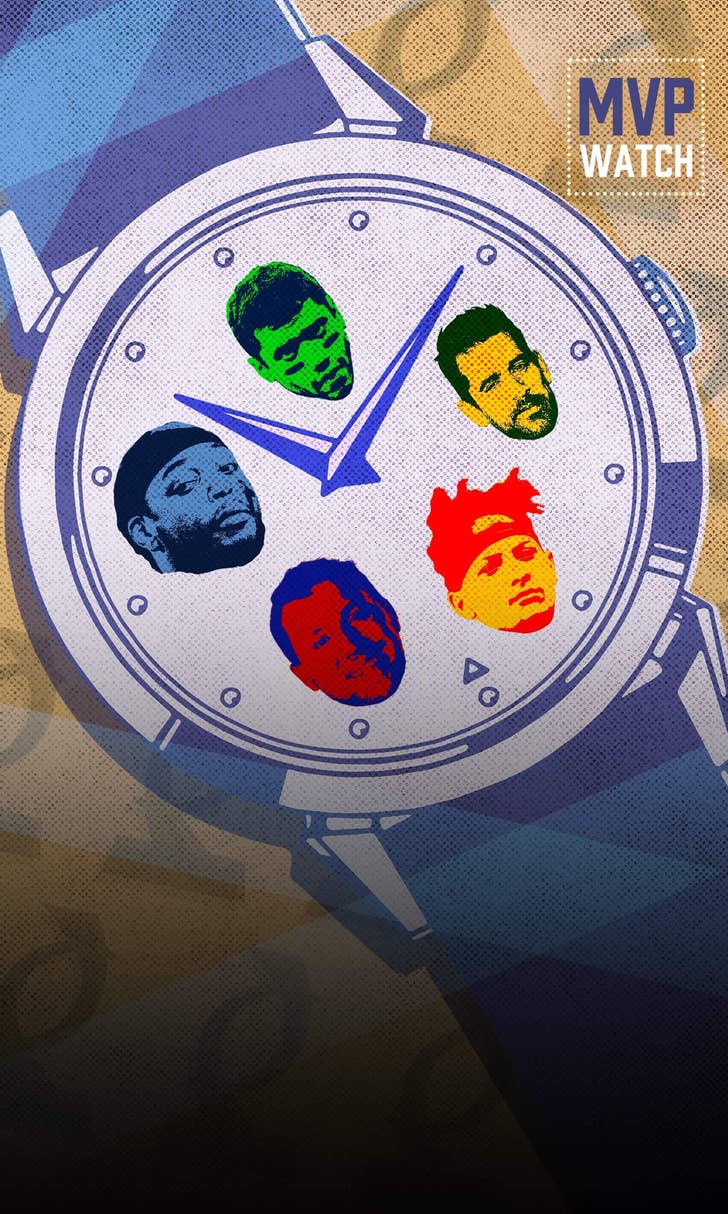 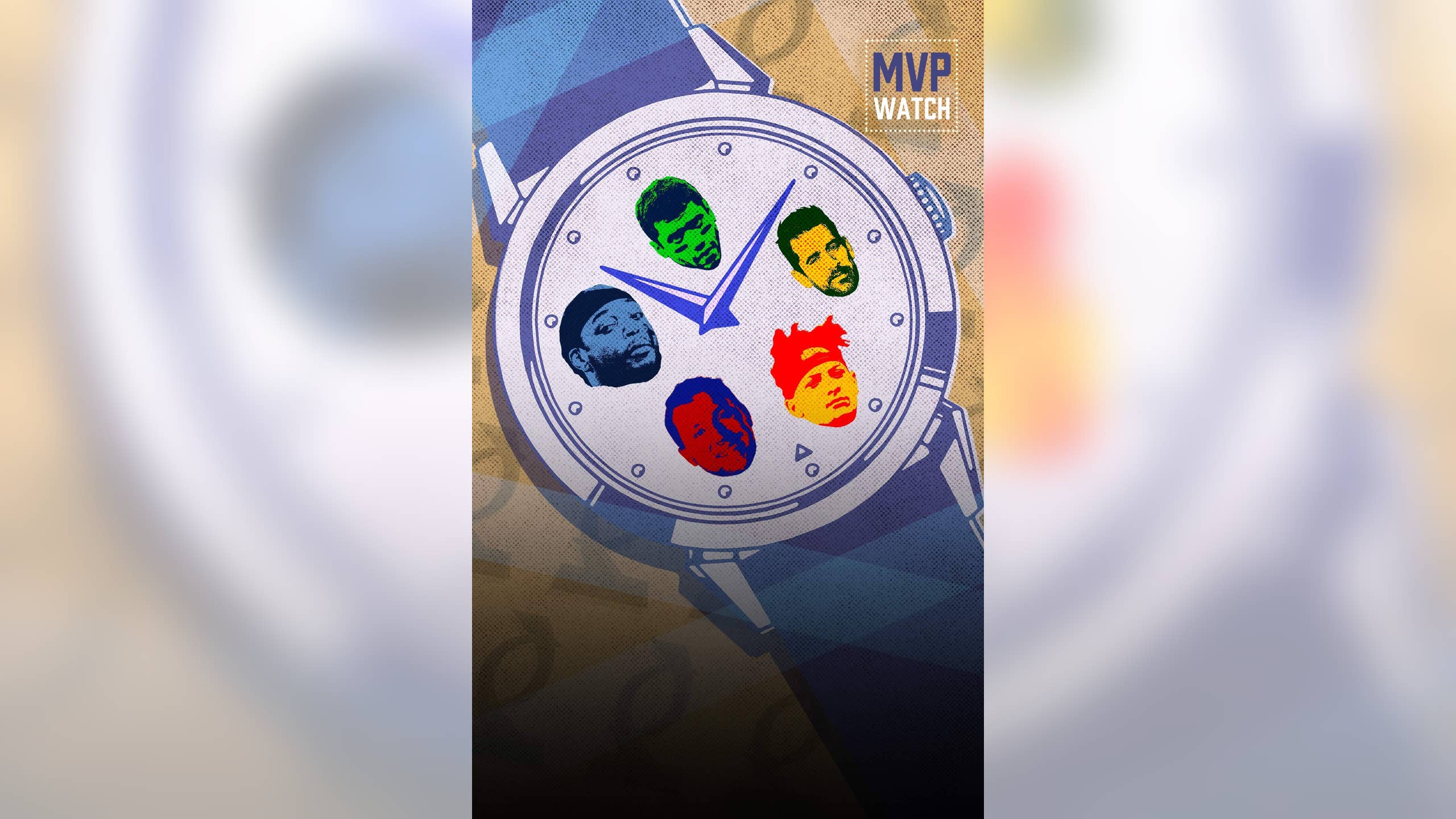 Could there be some late-season drama in the MVP race?

While Patrick Mahomes has been the oddsmakers' favorite for over a month, a surging Aaron Rodgers has been tightening the gap over the past few weeks.

It's seemingly Mahomes' award to lose, but don't count out the wily veteran! 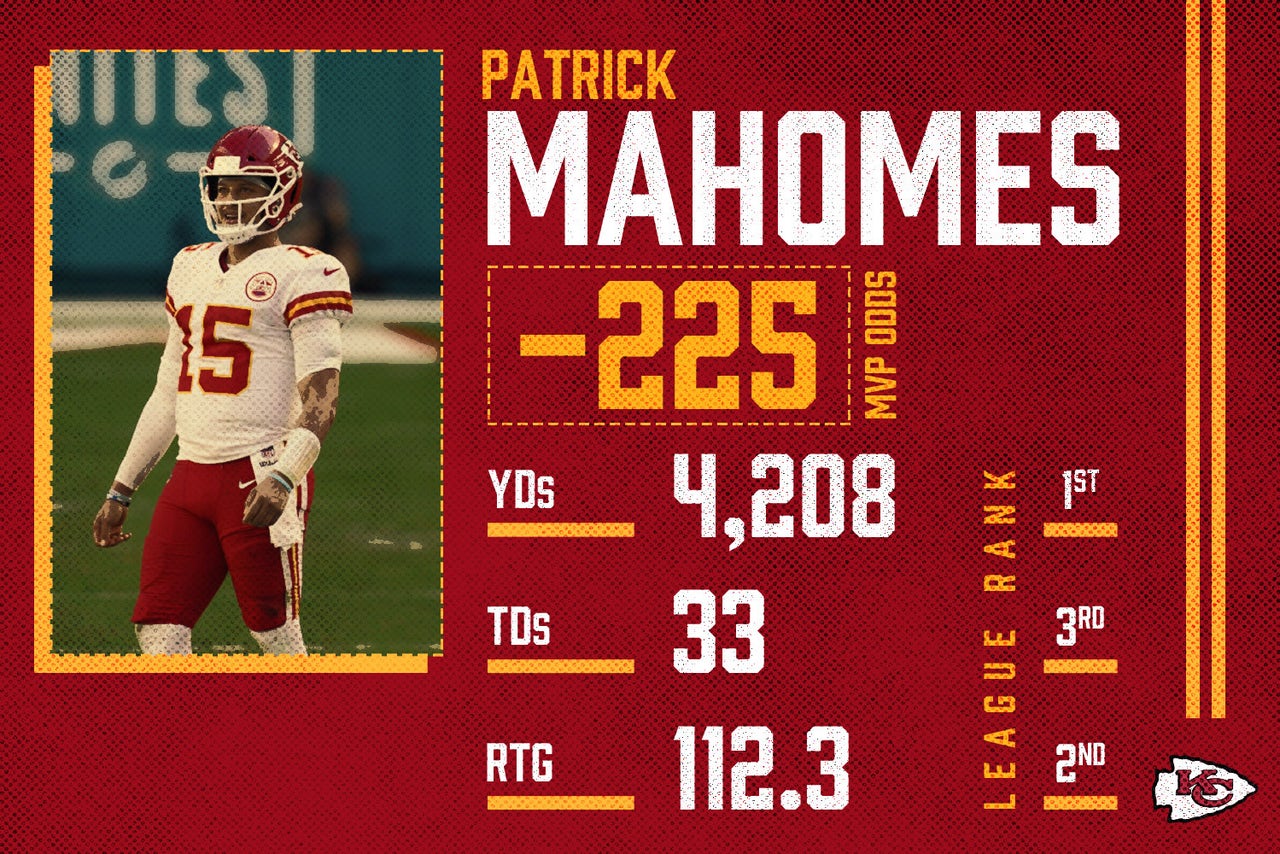 How it's going: For the first time all season, Mahomes looked downright average – for about 15 minutes. In the first quarter against the Miami Dolphins, Mahomes went 5-for-7 with 78 yards, but had two costly interceptions, a fumble that he managed to recover, and took a 30-yard sack. He did get Kansas City back on track against a tough Dolphins team, however, finishing 24-for-34 for 393 yards, two TDs and three picks in a 33-27 win. 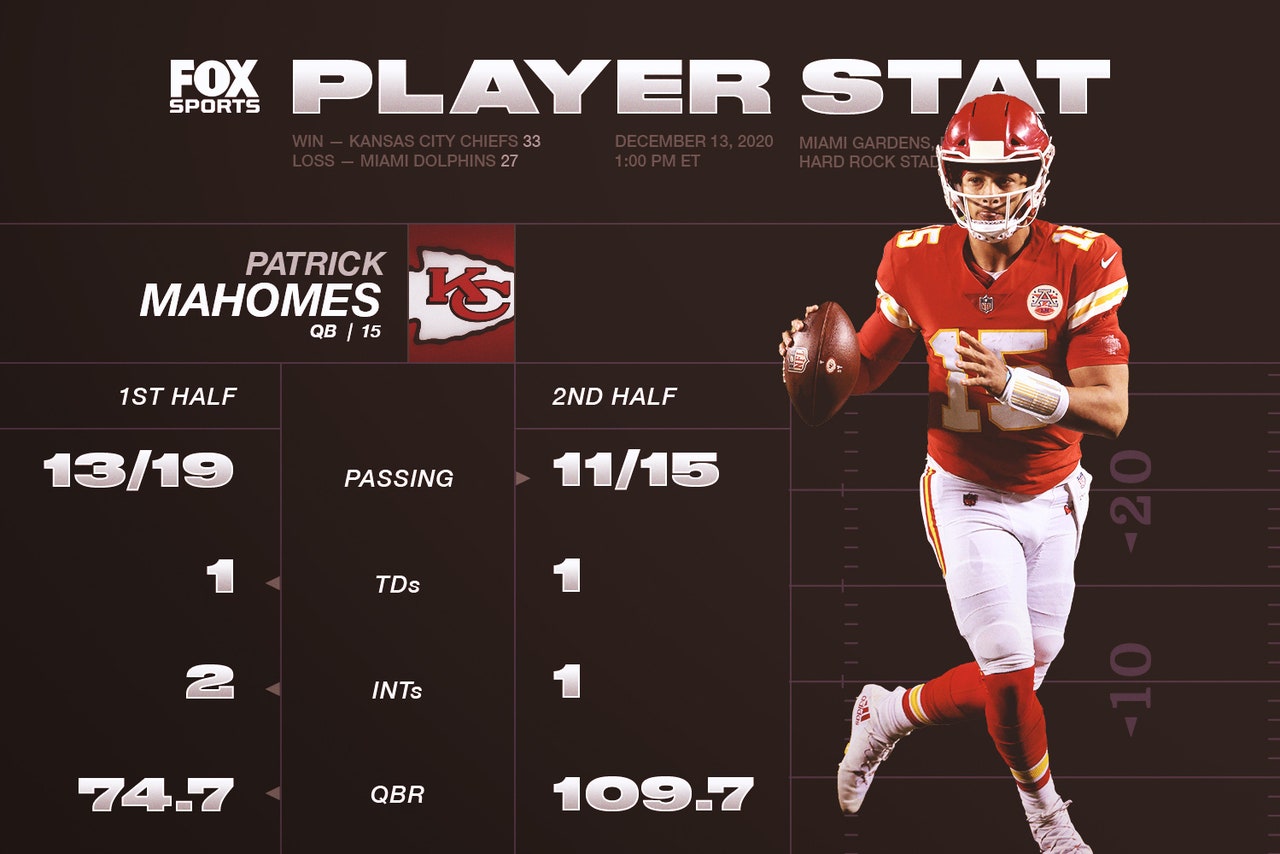 What's up next: Mahomes visits the New Orleans Saints, a team he's yet to face in his career. Sean Payton's solid defense is looking to bounce back after coming off an upset loss to the Philadelphia Eagles. Drew Brees' availability remains a question mark for the game, and many could bill this as a potential Super Bowl preview if both teams are at full strength.

What people are saying: "He threw three picks and they got 33 [points]. Let that sink in ... It just goes to show you how good this kid is." ⁠— Shannon Sharpe, Undisputed 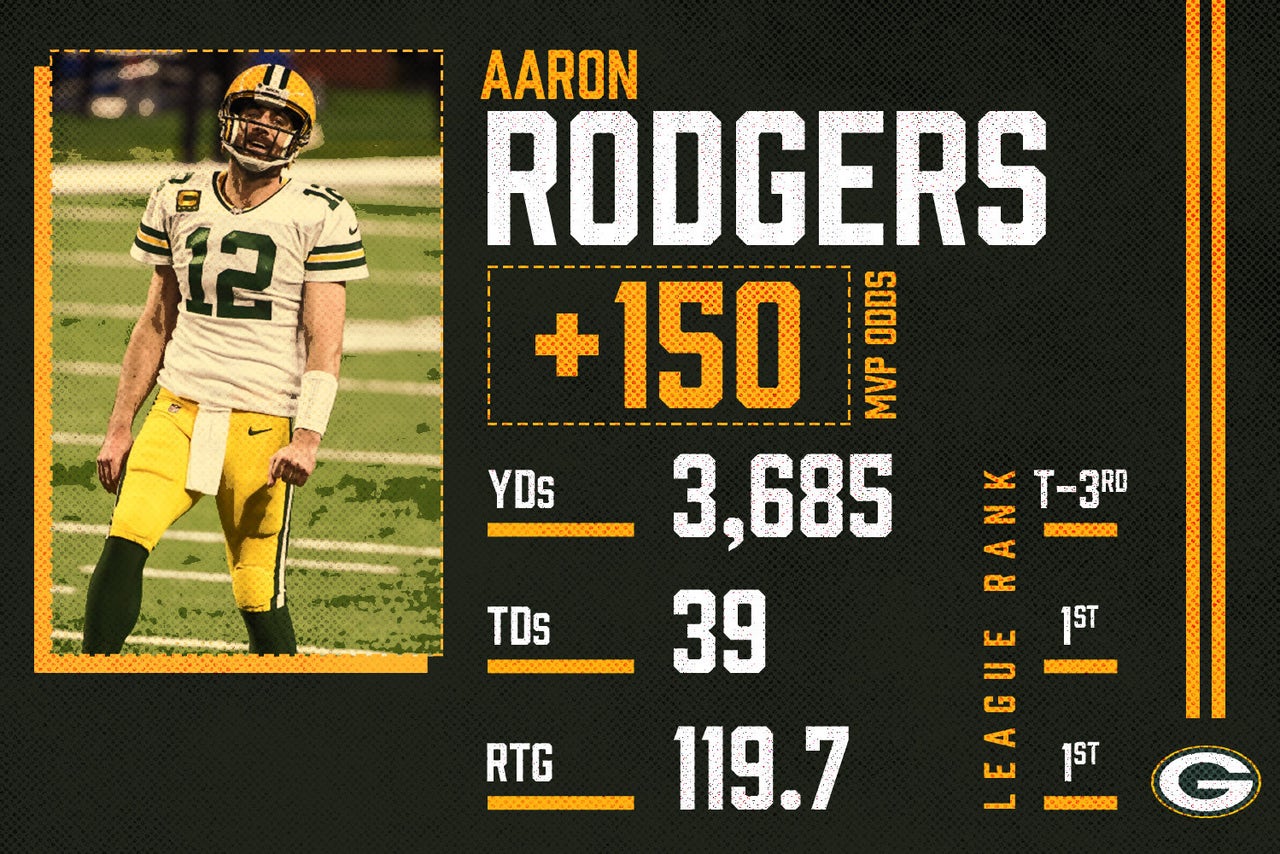 How it's going: Rodgers rolled up another gem against the Detroit Lions, completing 78.8 percent of his 33 attempts for 290 yards and three touchdowns. His 133.6 passer rating continued his streak with a rating above 108, a mark he's hit in eight consecutive weeks. For good measure, he also added a rushing TD in Green Bay's division-clinching 31-24 win.

What's up next: With the NFC North locked up, the Packers will look to keep hold of the NFC's top seed, which they claimed follow New Orleans' weekend loss. The Pack will welcome in the Carolina Panthers, a team Rodgers sports a 3-3 career record against.

What people are saying: "Give me Aaron Rodgers this year. Without Aaron Rodgers under center, the Green Bay Packers wouldn't even be a .500 ball club." ⁠— Bill Enright, SI Now 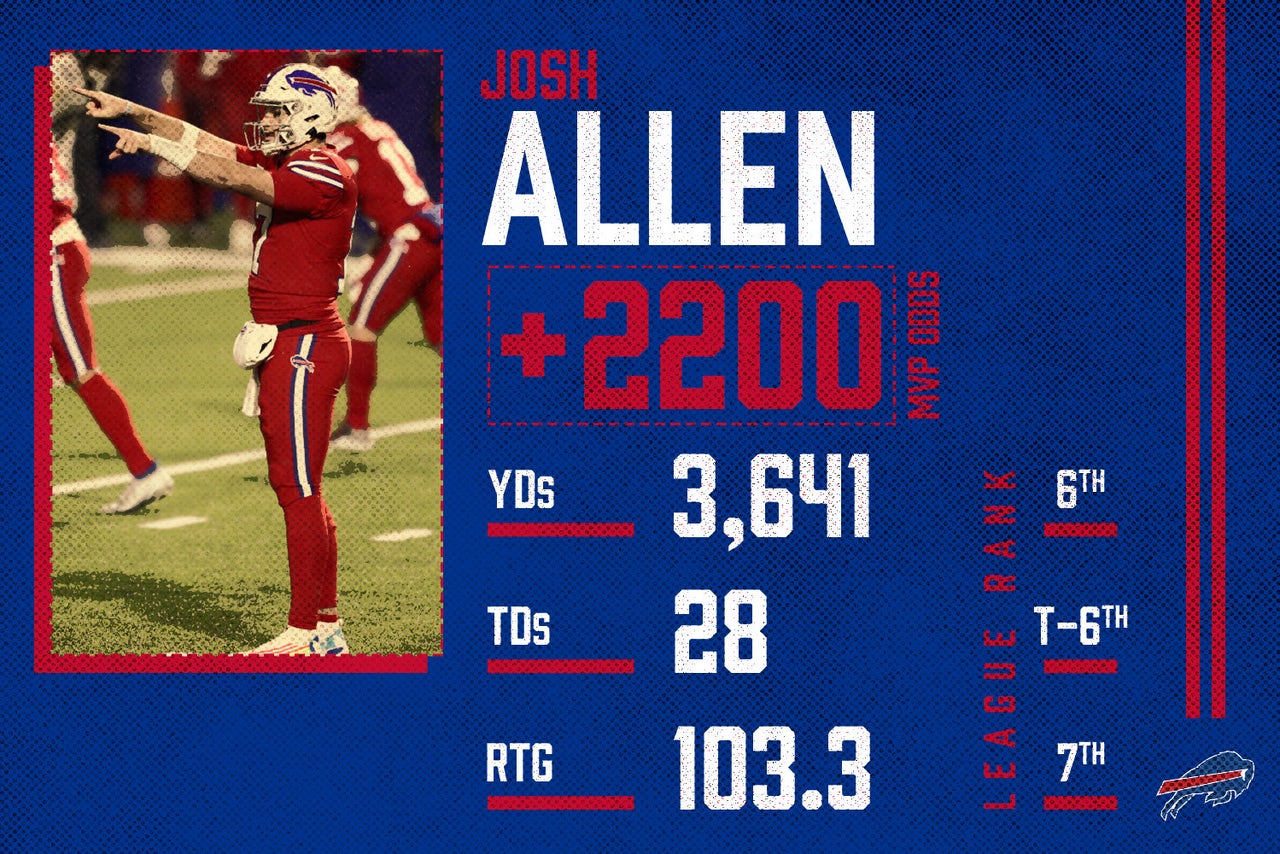 How it's going: Allen's Bills earned a signature win under the lights on Sunday night with a 26-15 triumph against the Pittsburgh Steelers. The young Bills QB didn't have the most efficient game, but his completion percentage of 55.8 and his 238-yard, two-touchdown evening got the job done to push Buffalo's record to 10-3.

What's up next: Riding a three-game winning streak, the Bills travel to Denver to take on the Broncos on Saturday. Allen last played the Broncos in Week 12 of last season, going 15-for-25 for 185 yards, two touchdowns and an interception in a 20-3 rout. A win against the Broncos clinches the division for the Bills, a feat they last accomplished in 1995.

What people are saying: "Under 30 quarterbacks in the league? Give me Mahomes, all day every day. No. 2? It's Josh Allen. I'm starting my team with Josh Allen." ⁠— Peter Schrager, GMFB 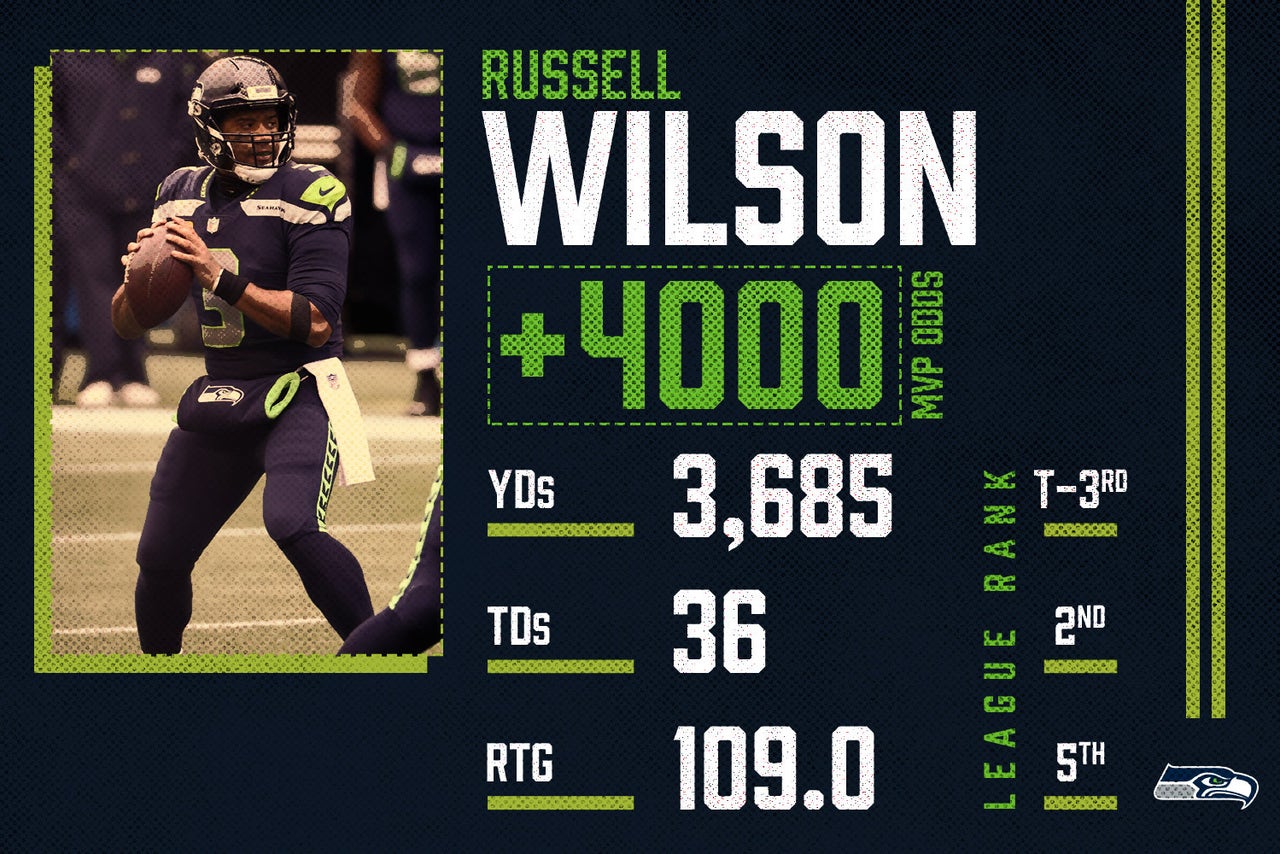 How it's going: Russ bounced back from a grim performance against the New York Giants with a four-touchdown outing against the winless New York Jets. Wilson completed 77.8 percent of his 27 attempts for 206 yards, four scores and one pick before sitting the fourth quarter in a 40-3 blowout. His total of 36 TD passes for the year marks a new career-high.

What's up next: The Seahawks are set to visit the suddenly surging Washington Football Team, led by standout rookie Chase Young, along the defensive line. WFT has won four straight to improve to 6-7 on the season and jump back into the thick of the NFC East race. Wilson has faced Washington twice during the regular season in his career, splitting the results with four touchdowns and two interceptions.

What people are saying: "They started fast, which was tremendous to see. I think you could sense that Russell could have thrown seven touchdowns against that team if he wanted to and had he stayed in." – Brock Huard, via 710 ESPN Seattle 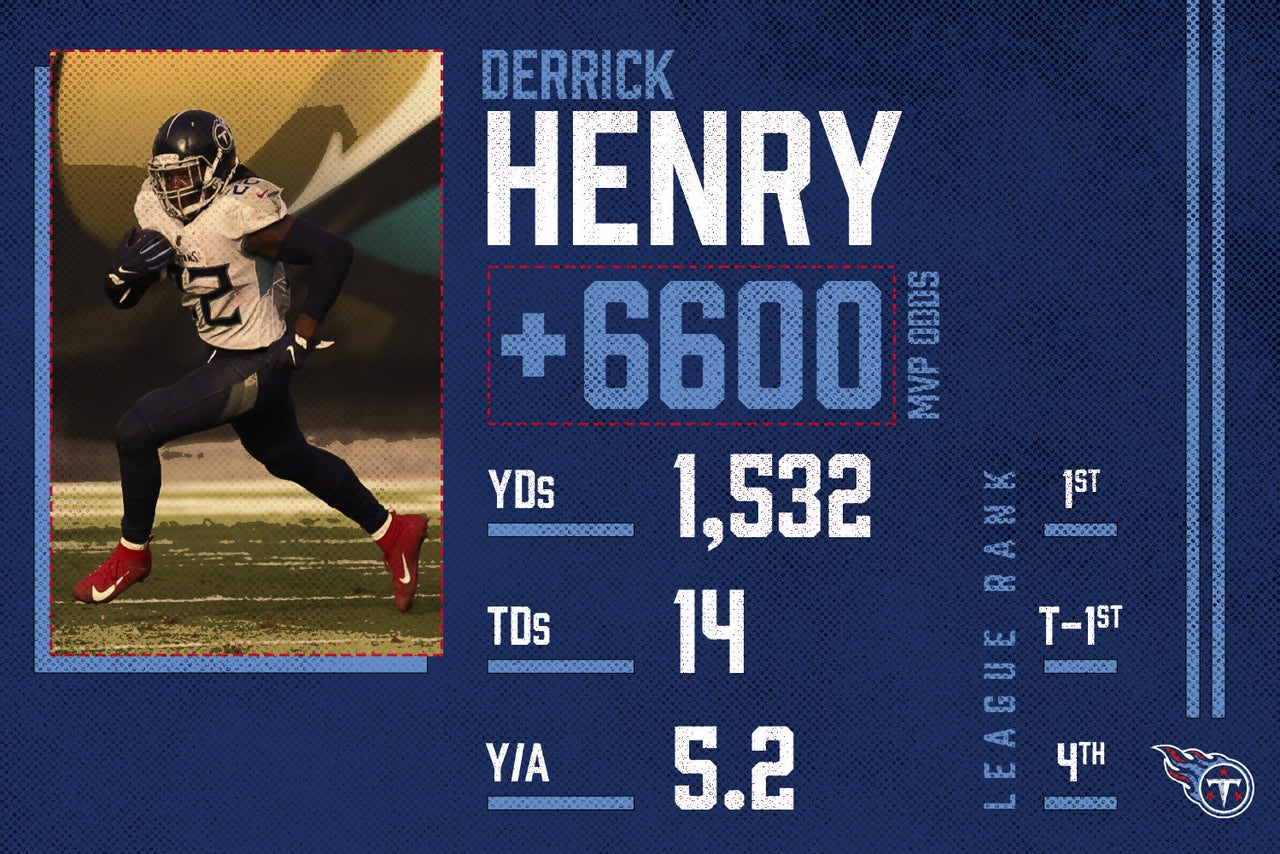 How it's going: King Henry is the first player to break up the quarterback party in the top 5 of MVP favorites since this feature began in October. Henry has been a handful – and then some – this season, leading the league with 1,532 rushing yards this season and 117.8 yards per game for the Titans. He's tied for first with 14 rushing TDs and ranks fourth among qualified running backs with 5.2 yards per carry.

What's up next: Henry and the 9-4 Titans host the Lions on Sunday. Detroit is allowing 132 rushing yards per game, which ranks 29th in the league. The last time the Lions took on a running back of Henry's ilk, Detroit allowed Minnesota Vikings RB Dalvin Cook to trot for 206 yards and a pair of touchdowns on 22 carries in Week 9.

What people are saying: "Derrick Henry though? Best running back in the NFL, absolutely. But when you're talking about Patrick Mahomes and Ben Roethlisberger and Josh Allen, [the MVP award] goes to a quarterback always." ⁠— Jay Glazer, NFL on FOX 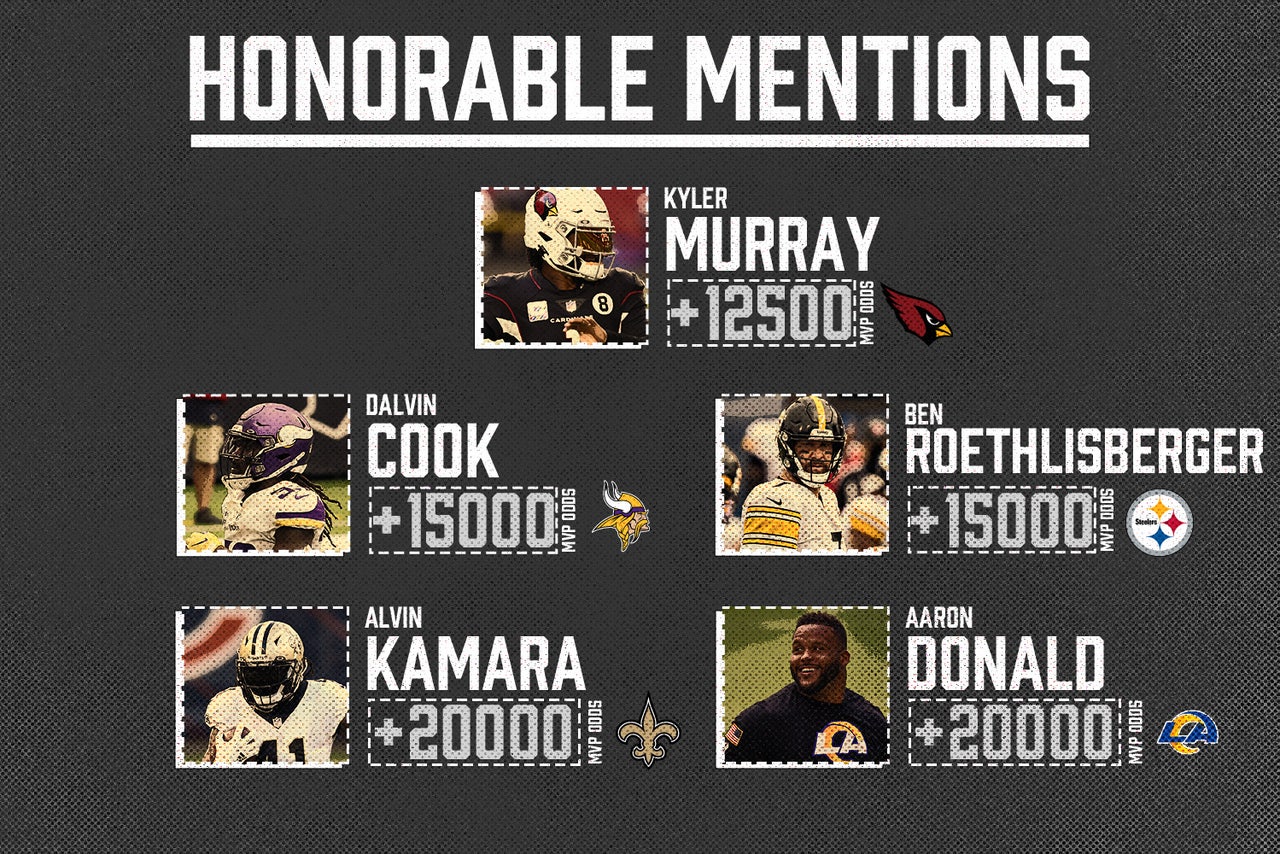 Terri gets her Truck
Terri from Maryland scored Terry's brand-new truck last week, and you can be the big winner this week by downloading Super 6!
13 hours ago

Just How Valuable is Patrick Mahomes?
With the Chiefs star's status still in question, Sammy P asked the experts how much each remaining QB matters to the spread.
17 hours ago

Nick Wright Pays His Dues
"Bills Mafia" continues to win, and Nick Wright finally paid up on his bet, with his condiment shower on full display.
18 hours ago

Tipping Point
With the recent departure of Seattle's pass-friendly OC, what does the future hold for superstar QB Russell Wilson?
20 hours ago
those were the latest stories
Want to see more?
View All Stories
Fox Sports™ and © 2021 Fox Media LLC and Fox Sports Interactive Media, LLC. All rights reserved. Use of this website (including any and all parts and components) constitutes your acceptance of these Terms of Use and Updated Privacy Policy. Advertising Choices. Do Not Sell my Personal Info