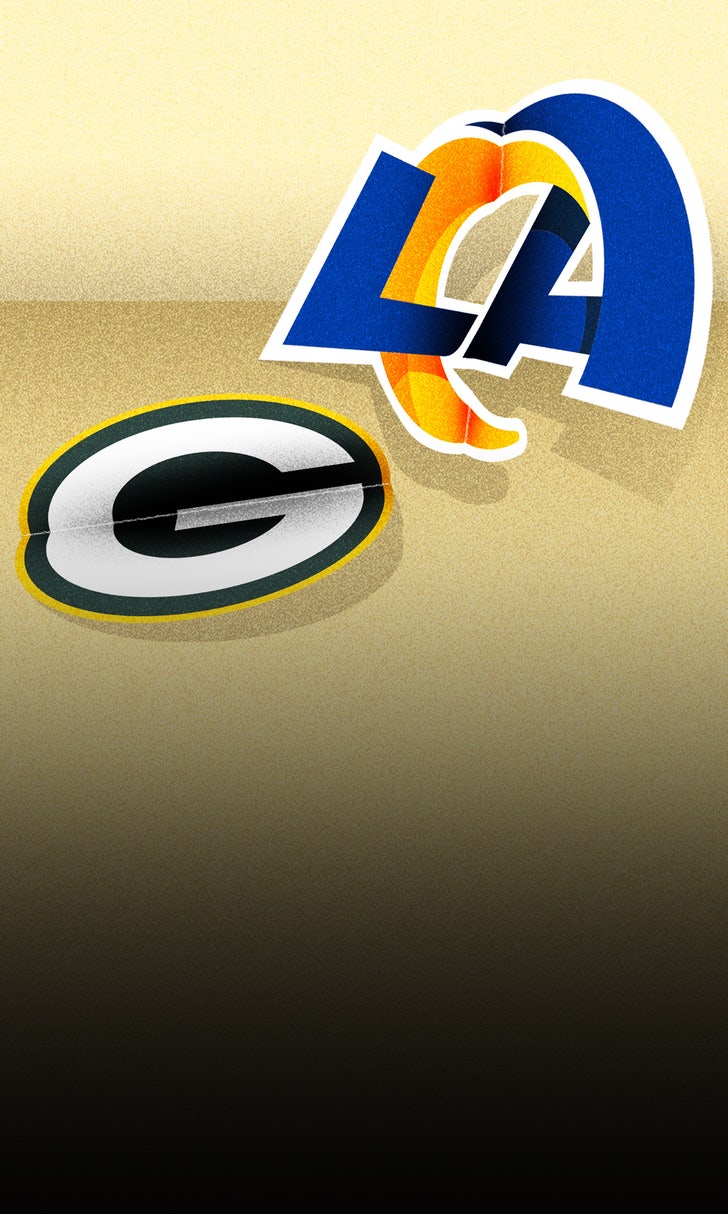 When the Los Angeles Rams visit the Green Bay Packers on Saturday, with a spot in the NFC Championship on the line, that old adage will apply.

Something's got to give.

Sean McVay's Rams completed the regular season with the No. 1 ranked defense in the NFL, allowing a league-low 281.9 total yards per game, as well as a league-low 18.5 points per game.

Enter Matt LaFleur's Packers, a team that finished the regular season averaging a league-best 31.8 points per game, in addition to 389.0 total yards per game (fifth in the NFL).

Add the two up, and the intrigue is enormous.

Who will come out on top: the stingy, Aaron Donald-led Rams defense, or the Packers' elite offense, led by the dynamic duo of Aaron Rodgers and Davante Adams?

Guessing is a difficult game, but one advantage that Green Bay has is the home-field kind. And don't expect the 30-degree weather to bother Rodgers, who led the league in completion percentage (70.7), passing touchdowns (48) and passer rating (121.5) during the regular season.

Rodgers is the favorite to win his third NFL MVP award according to FOX Bet (-2000), and he found his lethal weapon, Adams, often this season.

Throughout the season, several top-ranked defenses weren't able to slow the Pack down. For instance, in a Week 3 win at New Orleans, Rodgers put up 37 points, throwing for 283 yards and three touchdowns without Adams, who was sidelined due to injury.

New Orleans finished the regular season with the fourth-ranked overall defense (310.9) and allowed just 21.1 points per game, the fourth-fewest in the league.

The 37 points that the Saints allowed to Green Bay were the most they allowed all season.

However, Rodgers has had his struggles this season – specifically when he's under pressure – which was on full display against the Tampa Bay Buccaneers in Week 6.

Tampa Bay's defense heckled Rodgers throughout the day, racking up five sacks, 13 quarterback hits, six passes defended and six tackles for loss, which led to Rodgers being pulled halfway through the fourth quarter in favor of backup Tim Boyle, with the game well out of reach.

Despite a poor showing against the Bucs, Rodgers' offensive line has been nearly impenetrable, as Green Bay owns an NFL-best 74 percent team pass-block win rate.

Rodgers was sacked only 20 times this season, second-fewest in the league among quarterbacks who started all 16 games.

However, the Cheeseheads will meet a tough challenge in Aaron Donald, Jalen Ramsey and the Rams.

LA allowed a league-low 17 passing touchdowns in the regular season and finished second in the league in sacks (53).

The Rams gave up just 170 passing first downs this season, third-fewest in the NFL.

In their last three games – wins over Arizona and Seattle twice – the Rams have allowed 261.3 total yards per game and 15.7 points per game

While much of the focus will be on Donald's "D" vs. Aaron's "O," there are those who are looking at the outliers that could affect Saturday's result, mainly Green Bay's defense.

Because of Rodgers' protection and otherworldy skill, Shannon Sharpe said the Rams' defense will not be the difference-maker.

Instead, whether or not the Packers can stop LA will decide the victor.

Green Bay finished middle-of-the-pack in rushing yards allowed per game (112.8) and points allowed per game (23.1) this season, which doesn't bode well for the Packers, considering Rams rookie Cam Akers dominated the Seahawks on Super Wild Card Weekend, erupting for 176 yards from scrimmage and one touchdown, including 131 rushing yards.

As of Tuesday, FOX Bet favors the Packers by a touchdown in the matchup (-7). However, it's tough to bet against Rodgers or Donald.

We'll see which superstar gives in, allowing the other to advance to the NFL's final four.

Terri gets her Truck
Terri from Maryland scored Terry's brand-new truck last week, and you can be the big winner this week by downloading Super 6!
8 hours ago

Confidence Picks For Championship Weekend
Both the AFC and NFC title games are rematches, so Geoff Schwartz examines what we can learn from those first meetings.
9 hours ago

Aged Beef
Aaron Rodgers and Ndamukong Suh are set to rekindle a rivalry that dates back a decade. How might it impact Sunday's matchup?
19 hours ago
those were the latest stories
Want to see more?
View All Stories
Fox Sports™ and © 2021 Fox Media LLC and Fox Sports Interactive Media, LLC. All rights reserved. Use of this website (including any and all parts and components) constitutes your acceptance of these Terms of Use and Updated Privacy Policy. Advertising Choices. Do Not Sell my Personal Info