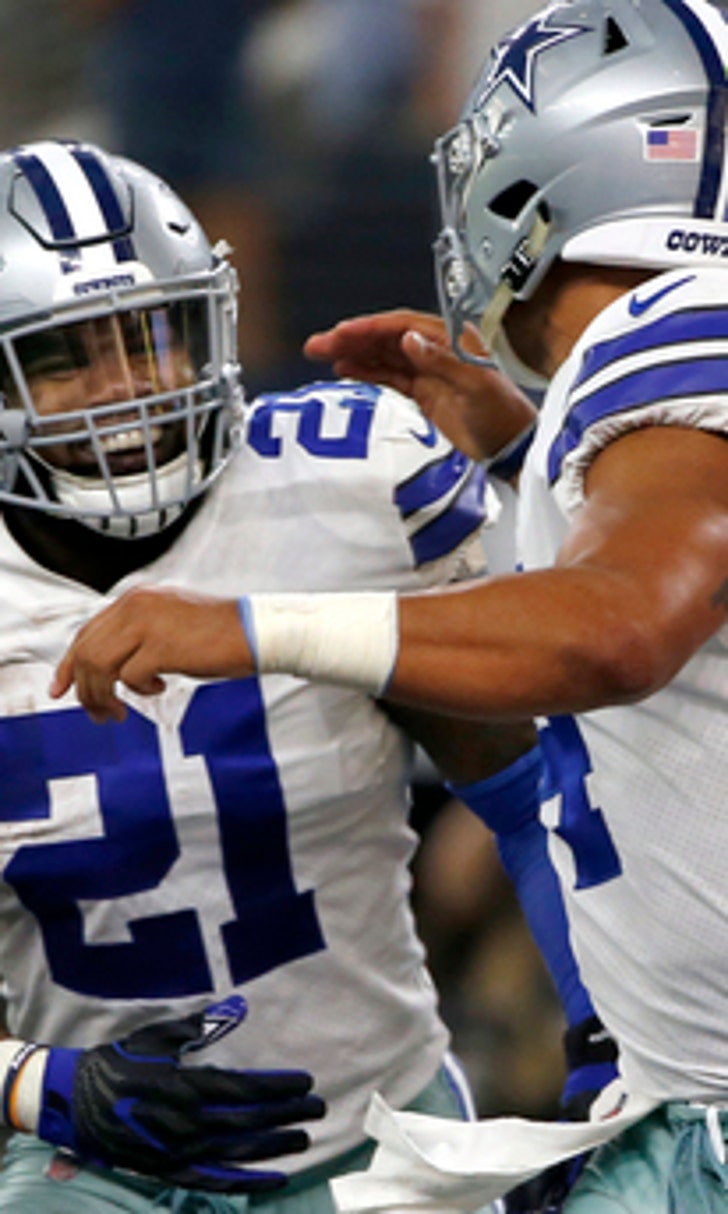 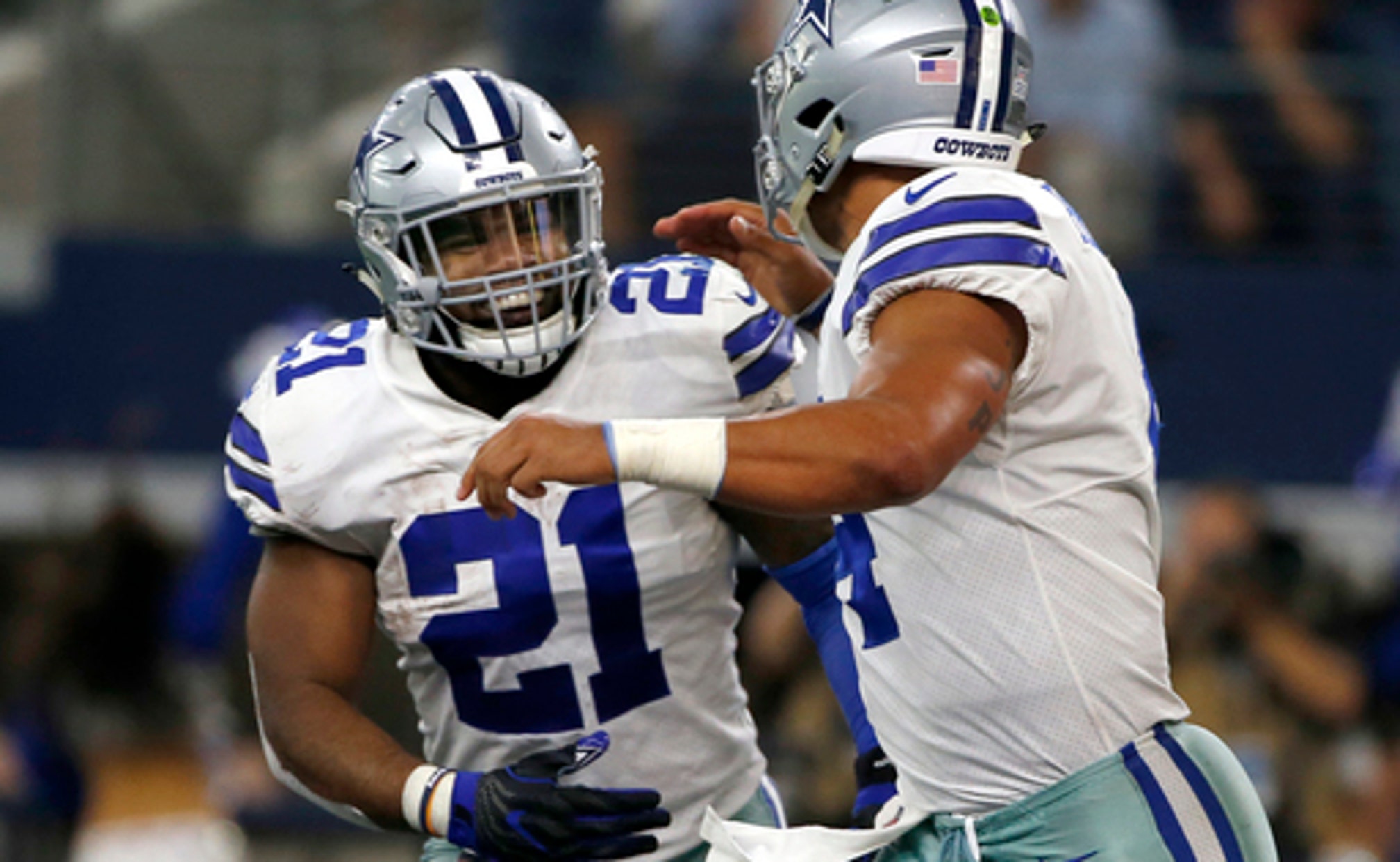 With two teams on bye this week, you figured setting your fantasy football lineup would be easy.

Unfortunately, Green Bay quarterback Aaron Rodgers broke his collarbone, Denver wideout Emmanuel Sanders is out due to an ankle injury and Jacksonville running back Leonard Fournette will try to play through his ankle injury.

Still, the matchups give several suggestions that can help you determine who to start in Week 7.

The Browns have yielded the second most fantasy points per game (FPPG) to opposing QBs and have given up the most passing TDs (14). Although Mariota didn't run the ball much, he threw for 306 yards in Week 7, and didn't re-injure the hamstring which forced him to miss Week 6.

QBs have thrown an average of 334 passing yards per game against the 49ers over the past three weeks, and they've yielded the seventh most FPPG to the position. The Cowboys are executing a higher percentage of pass plays this season and Prescott has 11 TD passes, (fourth most in football). He has also averaged 25 rushing yards per game.

If you're forced to play Hundley, don't panic. He's studied under Aaron Rodgers since 2015, and has three very capable WRs to throw the ball to. Hundley had a 150.8 QB rating at UCLA and will have a full week of practice with the Packers' first team. Starting Hundley is risky, but he's playing at home against a team that normally plays under a dome.

We're not recommending Peterson based solely on his phenomenal Week 6 Arizona debut. The Cardinals have tweaked their offensive line, and the Rams have given up the most FPPG to RBs, 4.8 yards per carry (YPC) and 140 rushing yards per game.

The 49ers suggested Matt Breida would have a larger role in their running game in Week 6. In reality, Carlos Hyde converted the only two 49ers RB red zone carries into touchdowns. As long as he's healthy, Hyde looks like the 49ers' primary back.

The Cardinals may face the Rams without star CB Patrick Peterson, who re-injured a quad. Arizona has allowed the second most passing TDs (13) in football, and Kupp leads the Rams in red zone targets.

The Colts have surrendered the third most receiving yards to WRs and the eighth most FPPG to the position. Despite being out-targeted by Marqise Lee, Hurns leads the Jags in red zone targets, receptions and has TDs in four of his five games versus the Colts.

Hooper has seen an uptick in targets and receptions the last two weeks (16 and 12 respectively), and the Patriots have given up the third most FPPG to TEs this season.

Henry has 18 targets, 10 catches and two TDs the past three weeks. He faces a Broncos team giving up the fifth most FPPG to TEs.

Dalton has a passer rating of just under 70 in his last three full games against the Steelers. The Steelers give up the second fewest FPPG to QBs, and are second in the league with 20 sacks. With the poor play of the Bengals offensive line, that does not bode well for Dalton.

Winston may be medically cleared to play despite spraining the AC Joint in his throwing shoulder, however he'd be facing a Bills team that has allowed just two passing TDs to QBs while intercepting them eight times. Winston has been shaky even when healthy, ranked 20th among QBs for total fantasy points scored.

The Falcons have allowed just two rushing TDs to RBs, and Gillislee hasn't scored a TD since Week 2. He fumbled late in the first quarter in Week 6, and spent much of the rest of the game on the sideline. You have to wonder if that will carry over to Week 7.

The Browns allow the lowest yards per carry (3.0) and have surrendered just two rushing TDs to RBs. Murray has been hampered by a cranky hamstring since the preseason, and although he is expected to play, he'll likely be limited.

Fitzgerald has averaged just 53 yards in his last three games versus the Rams, and has one TD in their last six meetings. They have given up the fifth-fewest FPPG to WRs.

The Broncos have allowed the third fewest receptions to WRs (50) and the sixth fewest FPPG to the position. Allen has eight total catches, 53 receiving yards and one TD in his last two games against Denver.

The Packers haven't allowed a TD to a TE, and give up the third fewest FPPG to the position. The Saints scored 52 points in Week 6 and Fleener had one target. That speaks volumes.

Henry Hammers Colts, Falcons Roast Raiders
Plus, the Patriots earn a gritty win over Arizona, the Bills outlast the Chargers, and the Vikings win in comeback fashion.
10 hours ago