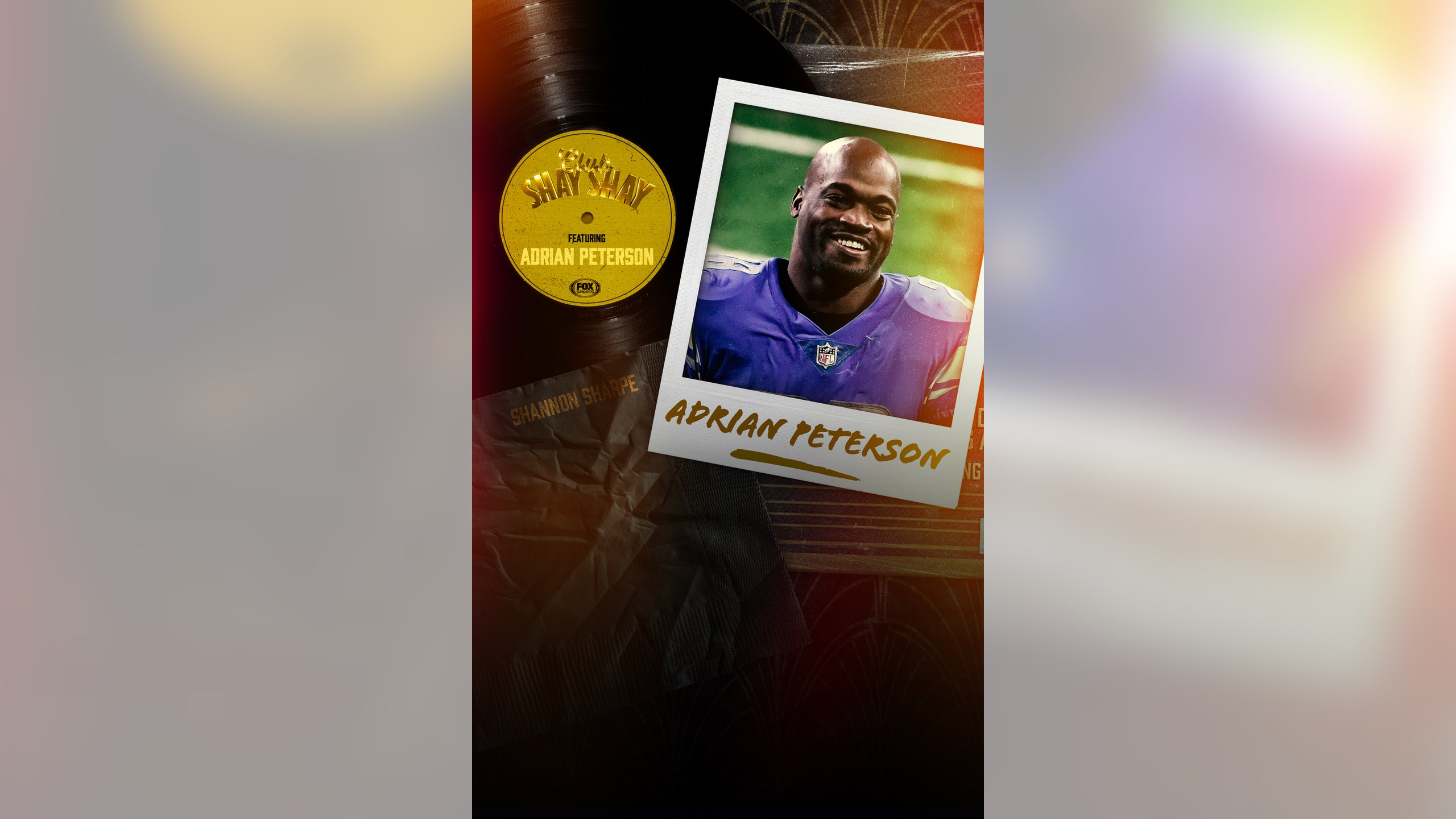 One future gold jacket owner joined a current one at "Club Shay Shay" on Tuesday.

Free-agent running back Adrian Peterson has one of the greatest football résumés of all time at his position. He ranks fifth in rushing yards (14,820), he's a seven-time All-Pro, and he was the 2012 NFL MVP, among other accolades.

On Tuesday, he joined Shannon Sharpe on the latest edition of "Club Shay Shay" to discuss his career, what he wants to accomplish next and where he believes he ranks all time.

Seemingly the only thing missing from Peterson's Hall of Fame résumé is a Super Bowl ring, which is one of his top priorities at this stage in his career.

Whether that can be accomplished in Detroit, a franchise that just traded longtime quarterback Matthew Stafford for Jared Goff, remains to be seen.

Peterson doesn't seem keen on returning to the Motor City.

"The quarterback situation that just took place, them bringing in [Jared] Goff, I don't know how he will fit within that offense. I feel like [the Lions] will have the tools offensively, but there were a lot of guys that were on their last year. Marvin Jones, [Kenny] Galloday – if these guys aren't coming back, then it really is going to be a rebuilding situation, and of course, that is not something that I would love to be a part of."

Even without a Super Bowl ring, Peterson believes he belongs in the same breath as some of the greatest athletes and winners in modern sports history – such as Michael Jordan and LeBron James – based on his natural gifts.

"It comes from the standpoint of talent, the God-given ability."

Of course, while Peterson was visiting, Sharpe couldn't let him leave without clearing the air on a quote that offended Peterson in the past but was simply lost in translation.

Watch the latest episode of "Club Shay Shay" with Adrian Peterson below!

Three Ideas For Russ & The Seahawks
Martin Rogers presents three options to address Russell Wilson’s displeasure with the way things are being handled in Seattle.
21 hours ago

Trade Deshaun Now
Colin Cowherd is always thinking. On Monday, he thought up five reasons the Houston Texans should move off their superstar quarterback.
23 hours ago