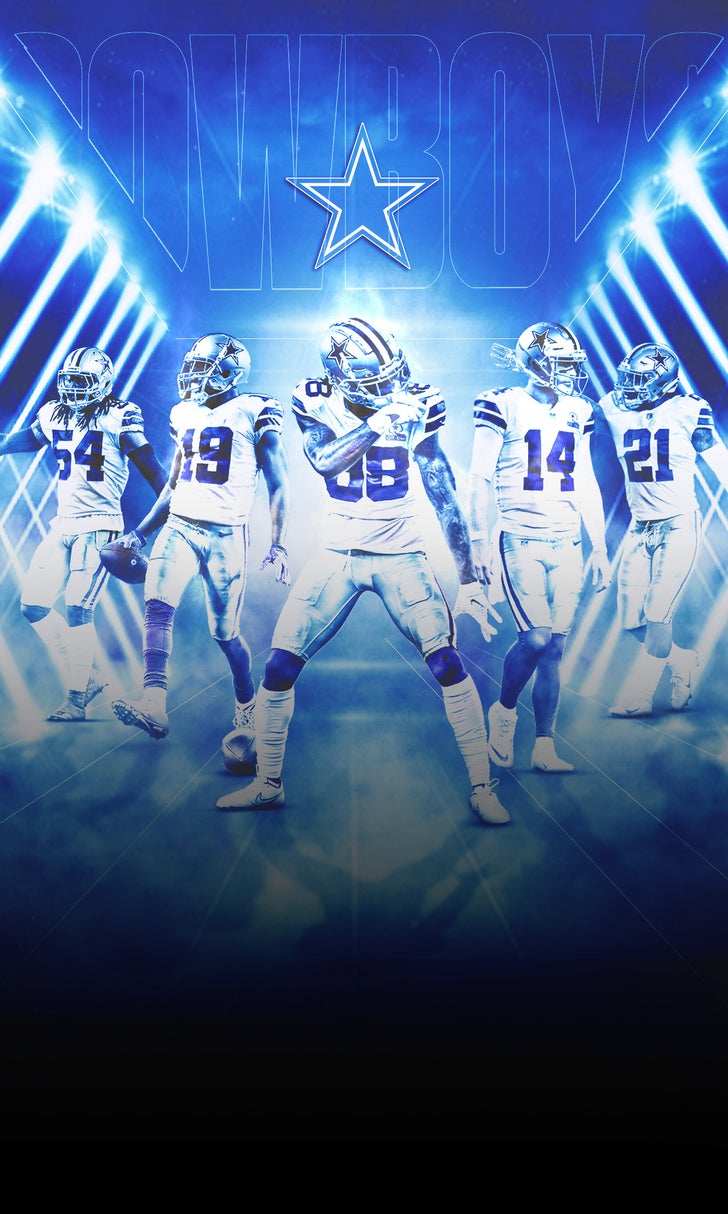 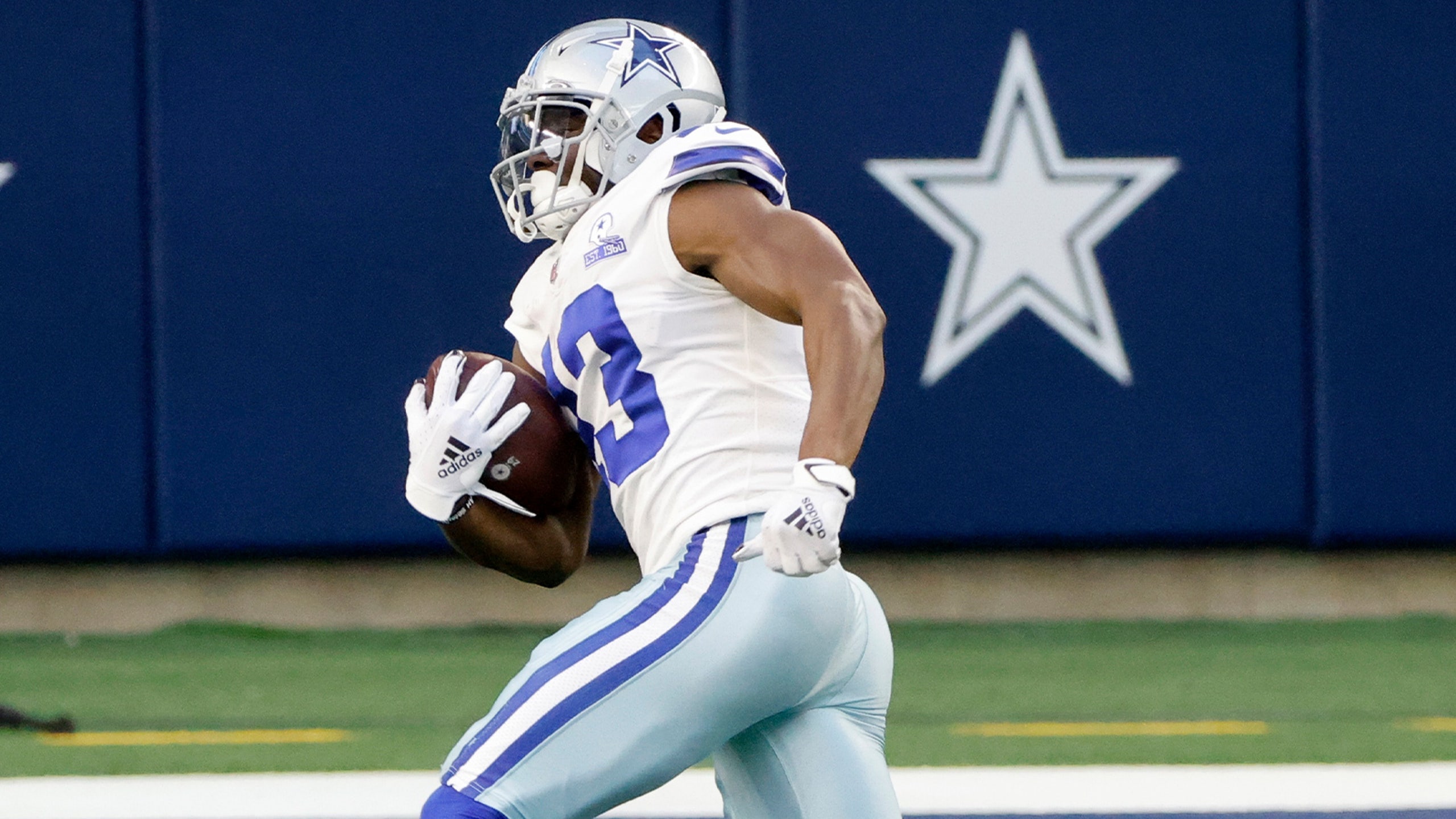 Against all odds, the Dallas Cowboys are still in the playoff hunt.

After essentially being written off following Dak Prescott's season-ending injury in Week 5, the 6-9 Cowboys stand on the precipice of a playoff berth.

A 37-17 demolition of the Philadelphia Eagles on Sunday extended Dallas' winning streak to three games, with the Cowboys offense putting on a clinic for the third straight week.

Andy Dalton roasted Philly's secondary to the tune of 22 for 33 passing for 377 yards, three touchdowns and an interception, connecting with Michael Gallup for a game-high six receptions and 121 yards, as well as a pair of TDs.

Both of Gallup's touchdowns came in the first half, when the Cowboys erased an early 14-3 deficit to take a 20-17 lead into halftime.

It was smooth sailing from there, as Dallas' defense buckled down and kept the Eagles off the board the rest of the way, forcing rookie QB Jalen Hurts into a trio of turnovers and eliminating their NFC East rivals from playoff contention in the process.

And now, it's one team down and two to go for the Cowboys to make the playoffs out of the East.

And his excitement lasted through Monday morning's Undisputed.

During their three-week run of success, the Cowboys have boasted one of the league's most prolific offenses.

Their 108 points scored in Weeks 14 through 16 are second-most in the NFC, behind the 110 points the Chicago Bears have posted over that span. 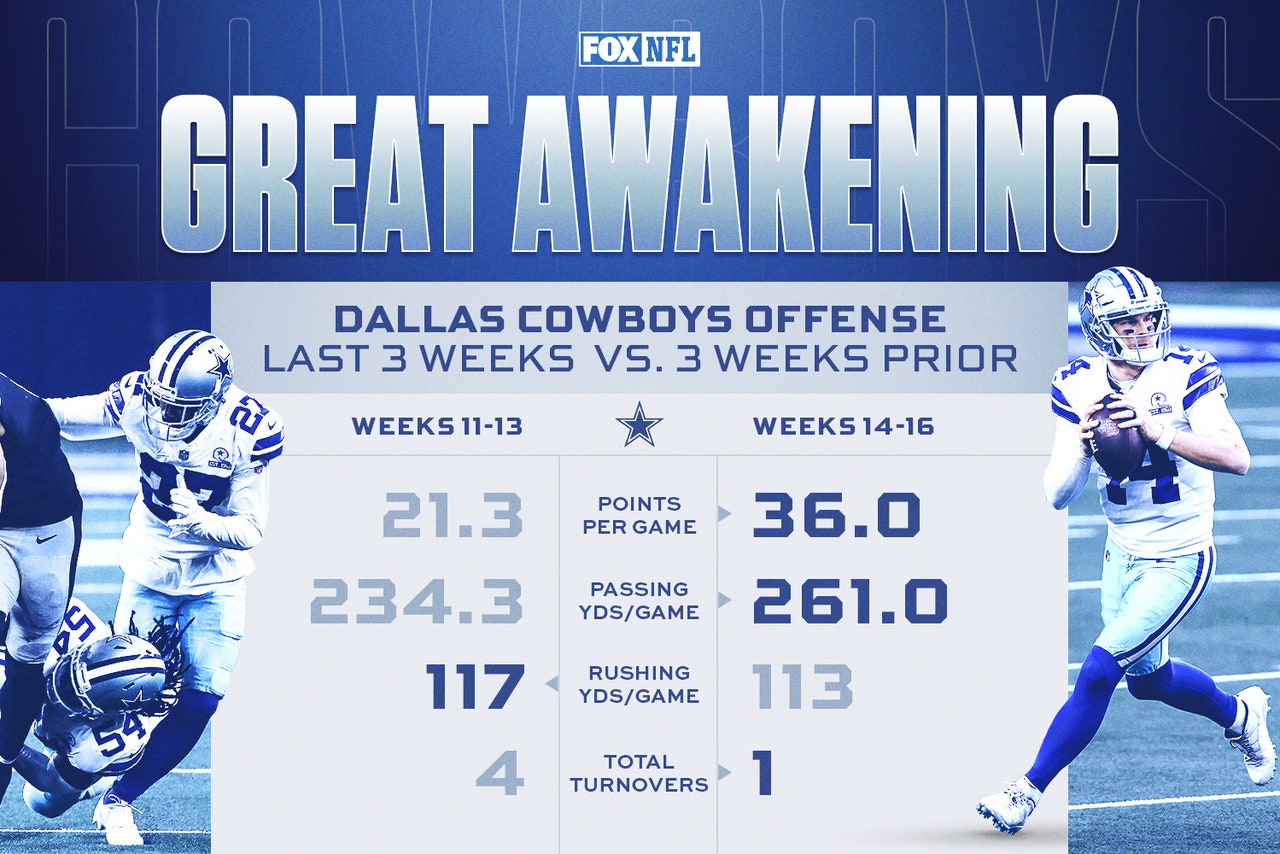 Even Ezekiel Elliott, who was inactive in Week 15, got in on the action Sunday against Philadelphia with 19 carries for 105 rushing yards ⁠— his high-water mark for the season.

However, even with the Dallas offense clicking and the defense doing its part ⁠— the Cowboys lead the league with a plus-nine turnover differential over the past three weeks ⁠— Shannon Sharpe is still skeptical.

As he pointed out, the Cowboys' current winning streak has come at the expense of the Cincinnati Bengals, San Francisco 49ers and Philadelphia, three teams that sit at the bottom of their respective divisions and share a combined record of 14-29-2.

Even with a Week 17 win over the New York Giants, America's Team will need a little bit of help elsewhere in the NFC East to clinch a playoff berth.

Washington Football Team is the only NFC East representative that controls its own fate, but a loss or tie against the Eagles, coupled with a Dallas win, would put the Cowboys at the No. 4 seed in the NFC playoffs.

Given Washington's recent trajectory ⁠— back to back losses ⁠— combined with a tumultuous quarterback situation, the door is certainly open for the winner of Cowboys-Giants to win the NFC East.

Should that be the case, and the Cowboys sneak into the playoffs after sitting at 3-9 heading into Week 14, Dallas fans could be dancing for joy.

Pressure Point
With the NFC's Super Bowl berth at stake, two top QBs are feeling the heat, but who is under the most pressure?
10 hours ago