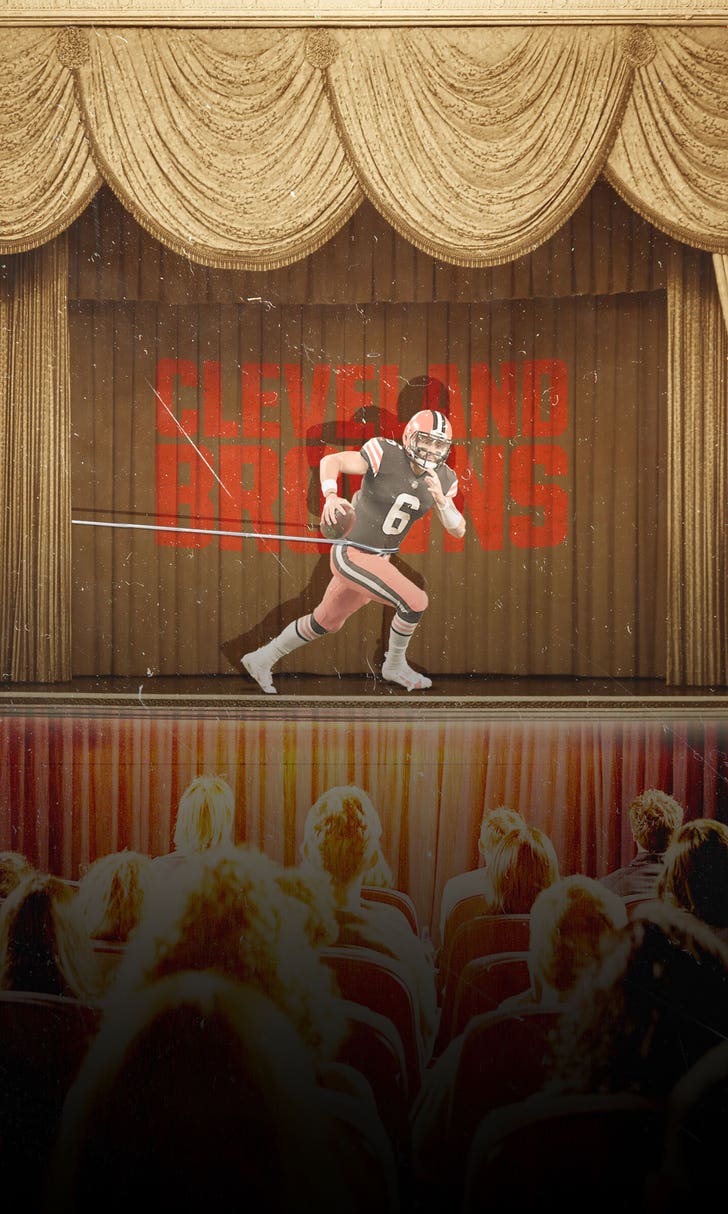 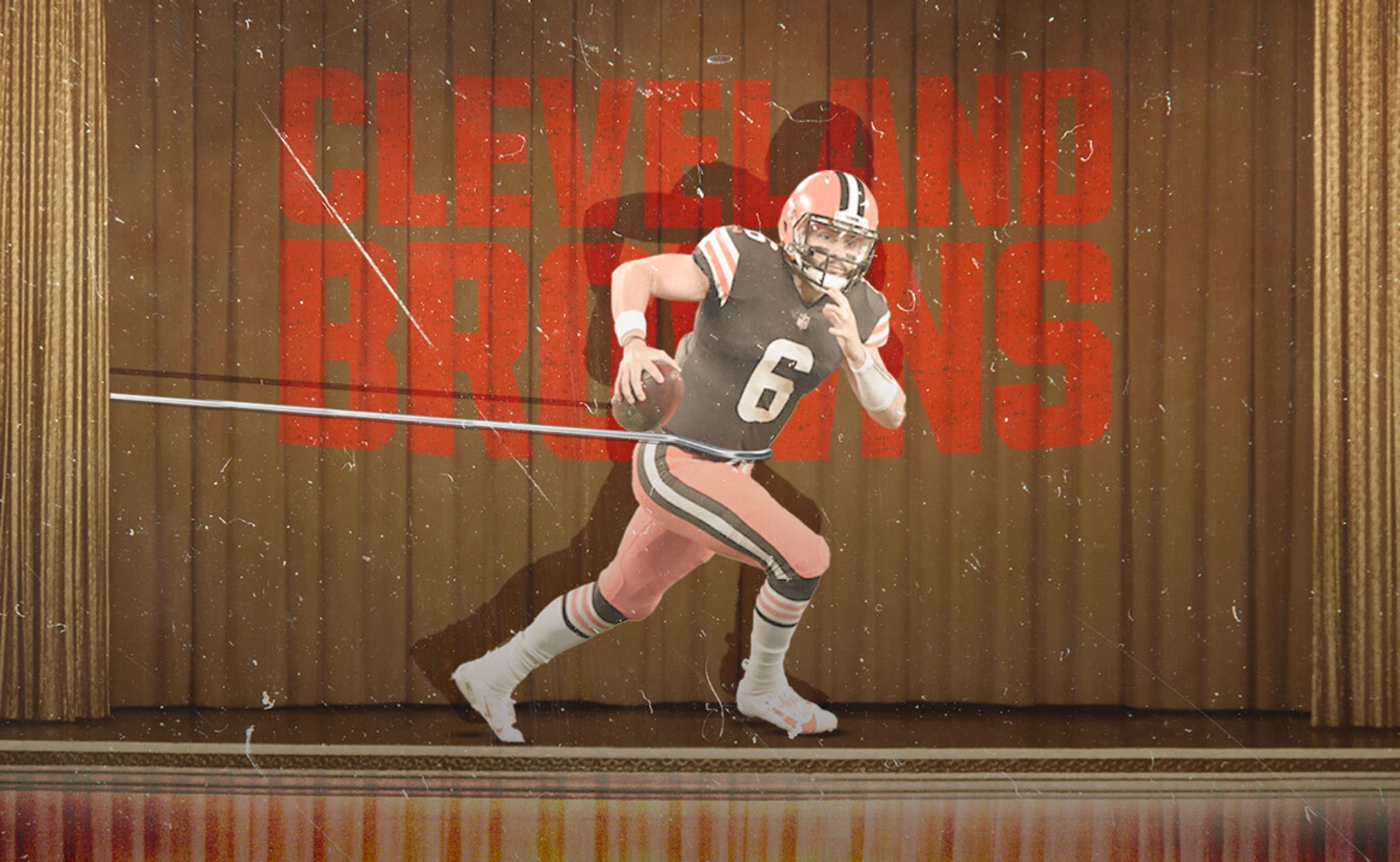 For Their Next Act

Week 13 is almost in the books, and the Cleveland Browns were certainly the talk of Sunday – for teams on the winning side of things, anyway.

There was plenty of chatter around tanking for Trevor Lawrence and whatever in the world is going on with the Philadelphia Eagles, too. Here are my takeaways from Week 13 in the NFL, as the playoffs loom (with all odds via FOX Bet).

What to make of Baker Mayfield

The Browns played their best half of football in years on Sunday in Nashville.

Cleveland led the Tennessee Titans 38-7 at halftime, after a thoroughly dominating first two quarters of football. The Browns had 22 first downs, 344 yards on offense, converted 88 percent of their third down attempts, and nearly hung 40 points.

Baker Mayfield also had his best half as a pro, accounting for 290 of those 344 yards on 20 of 25 passing. On defense, Cleveland forced two fumbles, held the Titans to zero third down conversions, and kept wrecking ball Derrick Henry to just 15 yards rushing.

The 9-3 Browns couldn’t have played better. They were fantastic and are now eyeing the postseason and earned a big win over a Titans squad that will be in the playoffs.

Here's the thing. Until this weekend, Mayfield was underwhelming. He’s been shaky most of the season, and when playing against good defenses that can pressure him, Mayfield's been downright bad, only completing 40 percent of his passes against pressure.

Head coach and primary playcaller Kevin Stefanski had a fantastic game plan against Tennessee, knowing all that. He’s been wonderful all season, and it’s so easy to see the difference in coaching between him and Freddie Kitchens from last season.

Sunday was exceptional. It was a must-win, and Stefanski came out with a diverse game plan that generated big plays and “easy” throws for Mayfield. Throughout the season, he’s attempted this recipe, but once Mayfield gets pressured, it all falls apart.

On Sunday, Mayfield was kept clean and played well – but that’s how average quarterbacks play. They can stand out when they don’t have to face adversity. And the Browns need more than average at that position.

This thought isn’t something new to me, but it became crystal clear during Sunday's matchup: The Browns have a Super Bowl-caliber roster and need to swing for the fences this offseason. It’s time for the Browns to pull the trigger at QB like Kansas City did in 2017.

After the 2016 season ⁠— and the Chiefs' third postseason appearance in four seasons ⁠— Kansas City traded up from 27 to 10 in the 2017 NFL Draft, and snatched Patrick Mahomes to eventually replace Alex Smith.

Smith is better than he gets credit for, but he’s not a Super Bowl-winning quarterback. So after Smith had the best season of his career in 2017, the Chiefs still traded him to the Washington Football Team in order to usher in the Patrick Mahomes era.

Kansas City won a Super Bowl in Mahomes' second full season and are the favorites to repeat this year. The Chiefs knew they had a Super Bowl-caliber roster, but needed to upgrade the quarterback. That is where the Browns are right now. It’s time to call your shot.

Yes, I said the Browns have the makings of a Super Bowl roster with a competent coaching staff. They are outstanding on the offensive line and at the skill positions. On defense, they have an elite pass rusher and multiple other defenders who can rush the passer. Their secondary is continuing to improve and they could use some money to improve this offseason.

What they lack is the Super Bowl QB.

And I know for Browns fans, this might be painful to hear, but deep down, you know I’m correct. You know Baker Mayfield isn’t the guy to take Cleveland to the gridiron promised land. He’s too inconsistent and needs everything to be right to win.

This offseason, the Browns need to be bold. They need to use their resources to trade for a quarterback who can deliver the ultimate prize.

From Wentz he came

The Eagles got rolled again, losing to the Packers by 16 points, in a game that wasn’t that close.

The Packers were up 20-3 early in the 3rd quarter when Philly coach Doug Pederson removed Carson Wentz from the game and inserted 2020 second round pick Jalen Hurts.

Before Wentz was sat down, the Eagles scored just those three points, ending four of their five drives without points. Wentz continues to look lost and it made sense to pull him for Hurts, who promptly threw for a touchdown pass on his second drive.

However, that was all the offense that Philadelphia could muster against just a so-so Green Bay defense, and the Eagles remain in a bad spot.

There’s a myth about NFL football, that the best player is always the one who’s starting. That can be true, but not always. Contract status and sunken cost, whether via a draft pick or a long-term contract, are most often the reason players get their chance to start, and this is the case with Wentz.

The Eagles signed Wentz to a massive contract before the 2019 season, guaranteeing him $107 million. Philly is stuck with Wentz in 2021, with the earliest out being 2022, where the Eagles would need to eat nearly $25 million in dead money.

If the Eagles wanted to get out sooner via trade, who is taking this contract? Not a soul.

The Eagles are paying Wentz to play in 2021 and they need him to be good. You can’t build a winning team with a backup quarterback taking up $34 million of the salary cap, especially when the 2021 cap is going to lower because of a less profitable COVID-19 season that the league is currently enduring. So it does the Eagles no good if Jalen Hurts is their starting quarterback over the next season and a quarter.

The Eagles, whether with a full offseason reboot of Wentz or with a new coaching staff, must make Carson Wentz work. Those are the economics of the league and it’s why the Eagles will continue to roll with Wentz.

Tanking for Trevor Lawrence is alive and well!

Long story short, the winless Jets were up 28-24 against Oakland with 13 seconds left on Sunday. Oakland had the ball around midfield with no timeouts. If the Raiders completed a pass inbounds, the game was over, and it looked like the Jets would earn their first victory if they just kept everything in front of them.

But they are the Jets. So nothing is ever simple.

Jets defensive coordinator Gregg Williams dialed up a zero pressure. A zero pressure is when the defense pressures with every defender who’s not covering a receiver, therefore having zero safety in the middle of the field. It’s a defense that Williams has used before in these situations, but never in this exact situation.

Well, it was an ignorant call in this spot and Las Vegas took advantage. Derek Carr stepped up in the pocket and hit Henry Ruggs III for a game-winning touchdown, and the Jets lost.

Again: tanking for Trevor is alive.

The discussion directly following the game centered around the Jets purposely losing. While it’s fun to joke about, unfortunately (or maybe fortunately), that’s not what happened here. I can never make this point enough: players and coaches do not tank on game day. In fact, we don’t even tank during the week. We try to win.

Coaches design gameplans to win. Players need good film and coaches need wins to save jobs. Look at Williams, who the Jets parted ways with fewer than 24 hours after the loss to Las Vegas.

Adam Gase & Co. do not care about next season’s draft pick. They will not be in New York next season to enjoy Lawrence without producing results on the football field. So what is their motivation to tank on game day?

They don’t have it.

One More Matchup For The Ages
Tom Brady and Drew Brees have faced countless big occasions before, yet Sunday’s showdown between the Bucs and Saints feels different.
18 hours ago

What Is Rams vs. Packers? An Elite Clash
He'll soon fill in for Alex Trebek (no, really). First, Aaron Rodgers and the Packers must face down the NFL's top defense.
23 hours ago