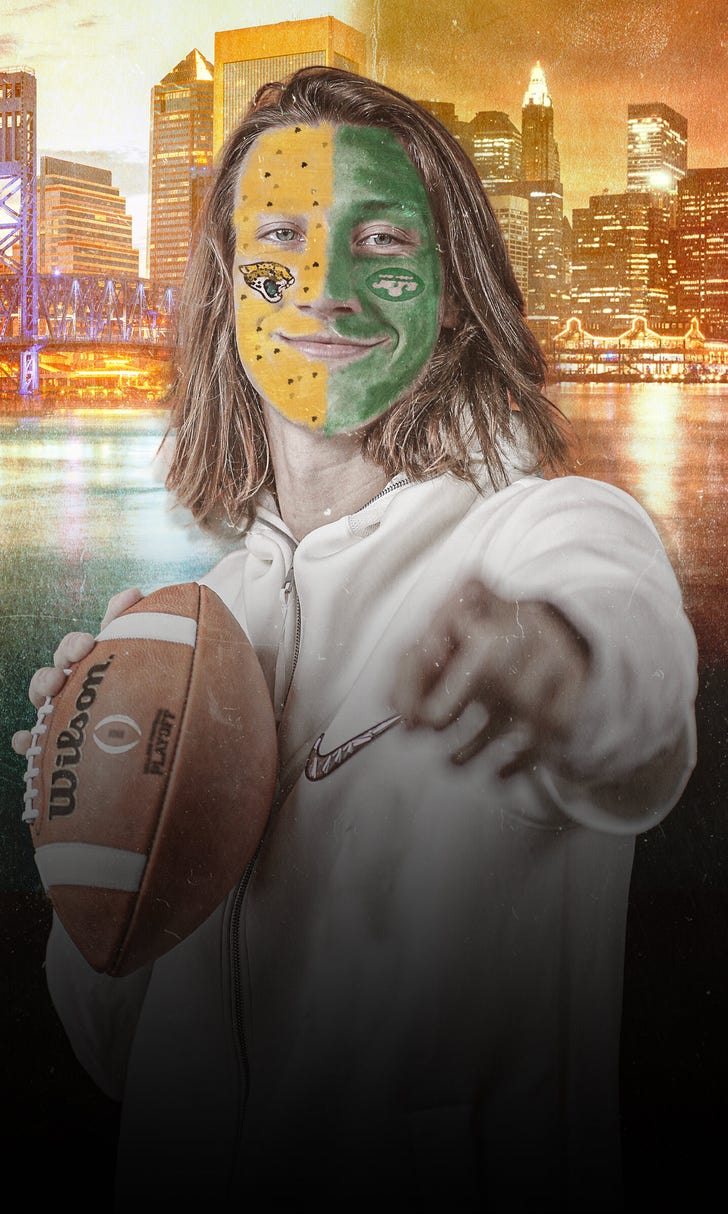 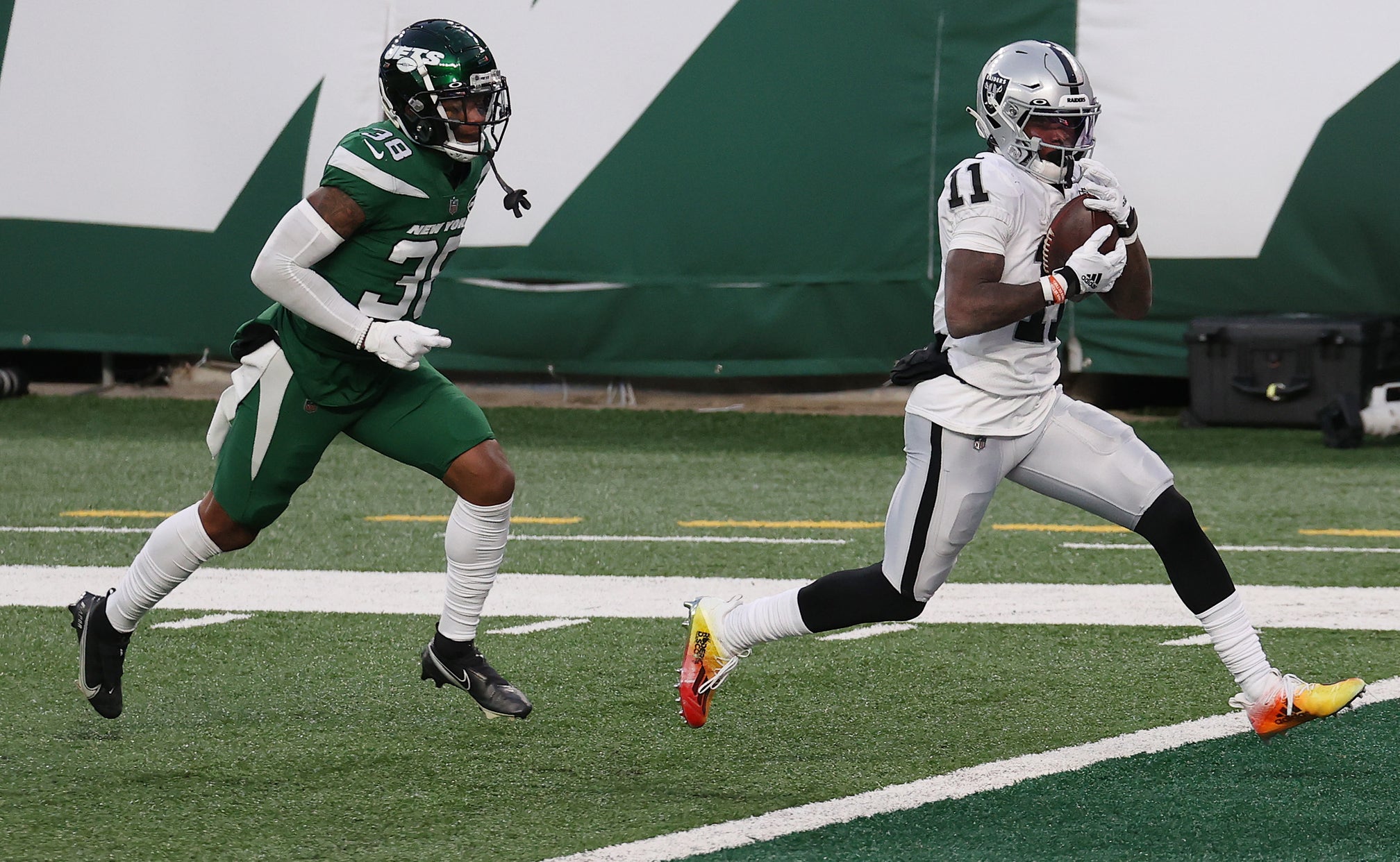 Doing Whatever For Trevor

There’s an amusement park in Salem, New Hampshire, named Canobie Lake Park, where one of the rides is called the Yankee Cannonball. It’s a rickety wooden roller-coaster that was built in 1930 and looks like it — the thing appears about as sturdy as a ladder made of matchsticks.

When I was 13, I waited in line for an hour, got strapped into one of the cars, and then came to my senses and demanded the attendant let me out before the slow gears ground into motion.

So while I never rode the thing, after seeing the New York Jets and Jacksonville Jaguars play football Sunday, I think I know what it would’ve felt like.

Before Sunday, both New York and Jacksonville were on an unstable collision course for the worst record in the NFL, a race to the bottom. The prize? The No. 1 pick in the draft, which will most likely be Clemson quarterback Trevor Lawrence — unless he decides to get his doctorate and stay in school for seven more years so he doesn’t have to play for either terrible team.

Normally, losing is an easy task for the Jets and the Jags. On Sunday, it took extra effort.

Here’s what happened: The Jets somehow took the lead against the Las Vegas Raiders, who, after beating the Chiefs and almost losing to the Jets, are the most confusing team in football.

New York scored two touchdowns in the fourth quarter and just needed one stop in the final 35 seconds of the game to clinch its first win of the season. But on the fourth play of the final drive, down 24-28 with 13 seconds left, Derek Carr found Henry Ruggs III behind the defense for a 46-yard touchdown.

And the Jets lost.

To the relief of many in Florida, the Jags lost, too. Jacksonville put up one heck of a fight against the Vikings, though. Jags QB Mike Glennon led a game-tying drive to force overtime, but Minnesota kicked a field goal to win it, 24-27.

The NFL Red Zone channel toggled back and forth between both games and fans gripped the sides of their couches as though they were hurtling toward a broken plank on the Yankee Cannonball’s track. Winning would mean getting totally derailed.

Thankfully for fans, the wheels didn’t come off. Or perhaps, the wheels stayed off? I’m confusing myself with this metaphor, so let’s switch to a new one.

Because why would any player have any individual incentive to tank? Not every guy on the Jets or the Jags will be on the roster next season, when their long-haired savior— or when the projected second pick, Ohio State QB Justin FIelds — has hopefully arrived. Players need to pad their individual stats for leverage in contract negotiations. Why would anyone risk their personal livelihood for the good of a team that owes him very little?

Sure, it borders on conspiracy theory to say the coaches are trying to lose, as many people on the internet quickly speculated. Maybe Adam Gase and his assistants are just bad at coaching!

But there’s an art to tanking, and the Jets coaching staff, purposely or not, painted a masterpiece with that last play. Defensive coordinator Gregg Williams drew up a beautiful way to throw the game, because despite the fact the only thing that could beat the Jets was a deep ball, the Jets blitzed, and Ruggs was left in single coverage. After putting up a fight the whole game, New York’s defense essentially held the door open for Las Vegas and said please, no, after you.

You don’t have to be a rocket scientist to figure out the only reason Jets ownership would keep a coach like Adam Gase around when the team is winless through Week 13 is ... to keep being winless.

And for fans, failure becomes the ultimate success.

All our lives we’re conditioned to win. No one plays youth sports with the goal of coming in last. Participation trophies became a thing because when you’re trying to raise a generation of winners, losing becomes a moral failure. And someone has to make sure third-graders don’t internalize that too deeply.

Sports fans’ brains, which thrive on instant gratification, aren’t built to root for being bad, so the only way to make tanking palatable is to turn losses into wins. Fans like to root for things — as it becomes clear that winning isn’t an option, the second-best option is to be the best at losing.

And I have to say, I deeply admire this. Talk about finding the silver lining — what a beautiful “galaxy brain” way to turn the fact that your football team sucks into hope for the future. There’s something kind of wonderful about delayed gratification, especially in a year when making sacrifices is the only way we ensure that next year, we’ll have the best holiday parties ever.

Delayed gratification works. At the end of "How To Lose A Guy In Ten Days" ...

... everyone ends up happy.

In the meantime, Jets and Jags fans, hold on tight and hope for the worst.