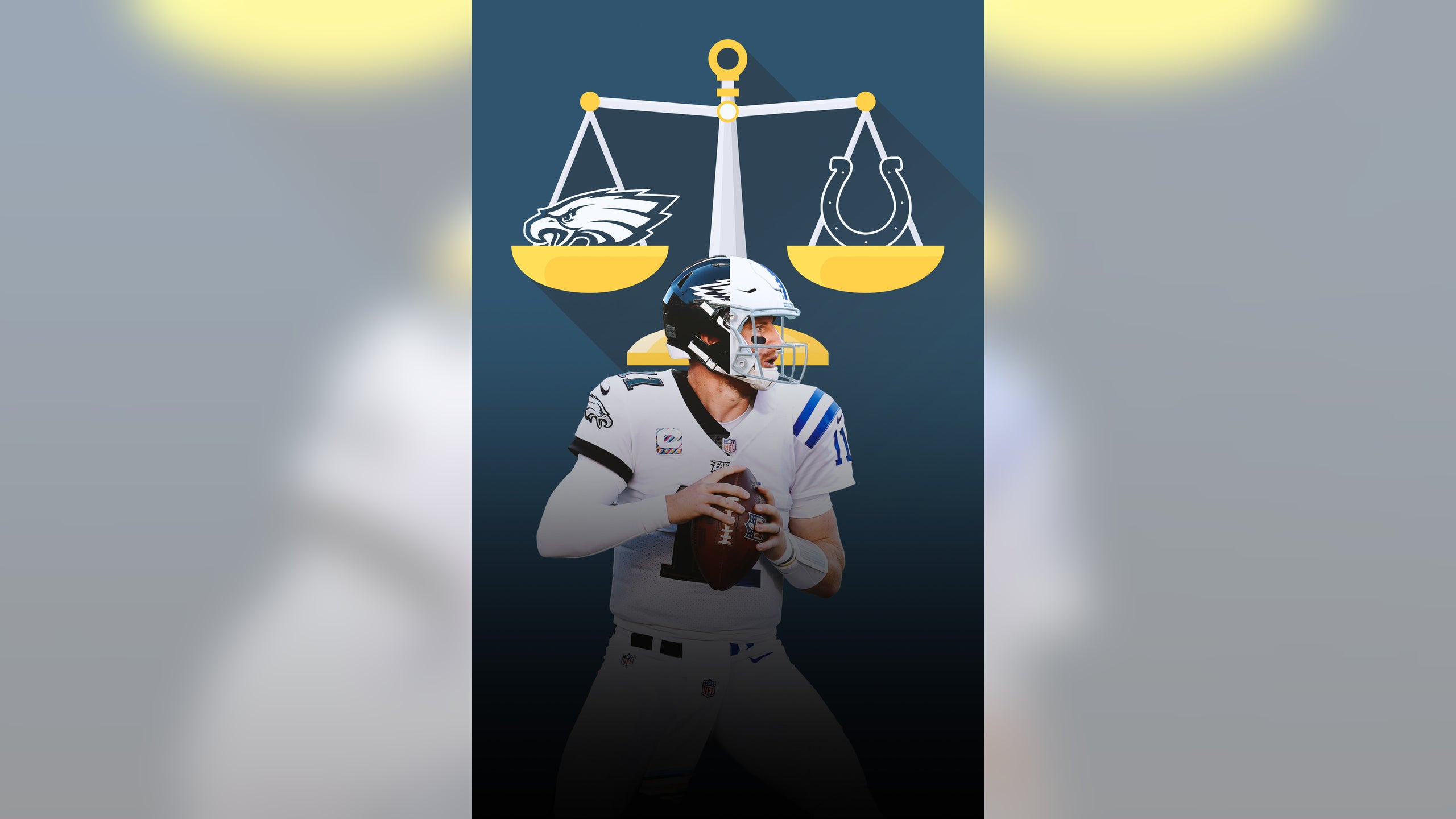 previous story
The Brooklyn Nets are rising in the East thanks to a commitment to defense
next story
A note to NFL fans: Don't doubt Tampa Bay Buccaneers QB Tom Brady
National Football League

Who won the Carson Wentz trade between the Eagles and Colts?

Thursday's blockbuster trade isn't official yet, but it's never too soon to pick a winner when major transactions take place.

Carson Wentz is due to formally join the Indianapolis Colts in the near future, ending a roller-coaster five-year tenure with the Philadelphia Eagles.

In exchange for their former franchise quarterback, the Eagles will receive a 2021 third-round pick and a conditional 2022 second-rounder, which could convert to a first-rounder if Wentz reaches certain benchmarks with his new team.

"Look, the Eagles did not have a lot of trade partners here. The Bears were in it for a little bit, the Colts have been in it the whole time. ... Because of Carson Wentz's money, there were not a lot of teams who were willing to go in it."

Wentz is owed an average of $24.6 million over the next four years if he plays the entirety of his current deal.

As with any trade, there are pros and cons for both sides.

For the Eagles, they're stuck taking on an excess of $33 million in dead money on this year's salary cap, but they're out from the rest of Wentz's contract and the $40 million guaranteed over the next two years.

They also received the aforementioned picks from Indy, one of which will likely be a first-rounder if Wentz stays healthy ⁠— and effective ⁠— in 2021.

The Colts get not only a quarterback to take over for the retired Philip Rivers but also one who enjoyed great success with head coach Frank Reich in the past.

Wentz blossomed into an MVP-caliber quarterback in his first two years as an Eagle, when Reich was the team's offensive coordinator from 2016 to '17.

In his sophomore campaign with Reich, Wentz threw for 3,286 yards, 33 touchdowns and seven interceptions, posting an average passer rating of 101.9 before an injury cut his season short.

Indianapolis will be banking on Wentz's recapturing that magic, as opposed to his more recent displays with the Eagles.

There's also Wentz's injury history to consider, as three of his seasons with the Eagles ended early. This would help explain the reported snap-percentage condition on the draft pick included in the transaction.

With all of those pros and cons considered, the Eagles and Colts still found common ground.

Which team got the better deal?

Marcellus Wiley and Emmanuel Acho broke it down Thursday on "Speak For Yourself."

Wiley took the floor first, explaining why he isn't sold on the 28-year-old Wentz.

"Frank Reich knows he can put some of that magic dust on Carson Wentz. And he did it once, he thinks ⁠— at least in his ego ⁠— 'I could do it again.' But if you think that so much of Carson Wentz, how come you got him for just a third-rounder? How come the league-wide evaluation was so low of him? ... You get what you pay for."

Acho saw it in a different light, as he zeroed in on the conditional pick involved in the trade.

"The success of the trade for the Eagles is dependent on Carson Wentz's success."

Speaking of success for Wentz, ESPN's Mina Kimes picked the quarterback himself as the winner of the trade between the Colts and Eagles.

"A quarterback who was arguably the worst starter in the NFL last year, or bottom five, just compelled his employer to eat $34 million in dead cap and forced his way onto a better team."

As with all transactions, only time will tell which team got the better end.

For now, opinions are pretty split, which could mean that the deal winds up satisfying everyone — or no one — in the long run.

Visions of greatness?
Some think New England has the chance to snag a QB reminiscent of a former Patriots legend with the No. 15 pick in the NFL Draft.
11 mins ago