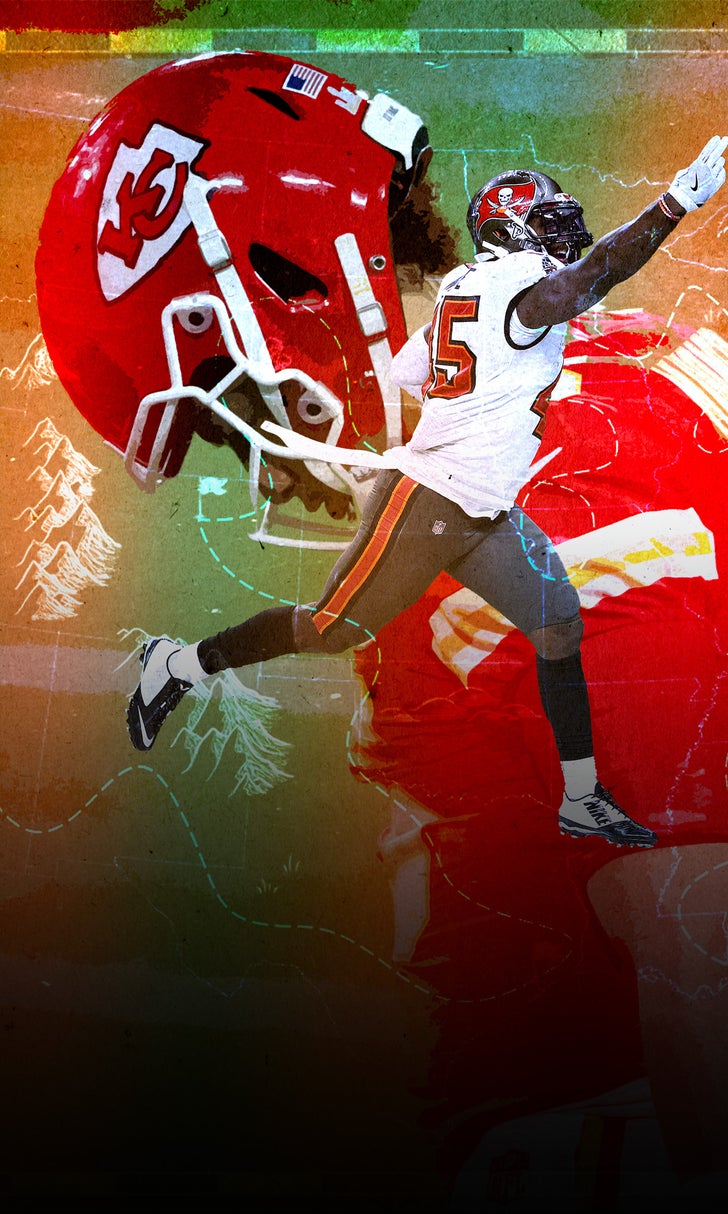 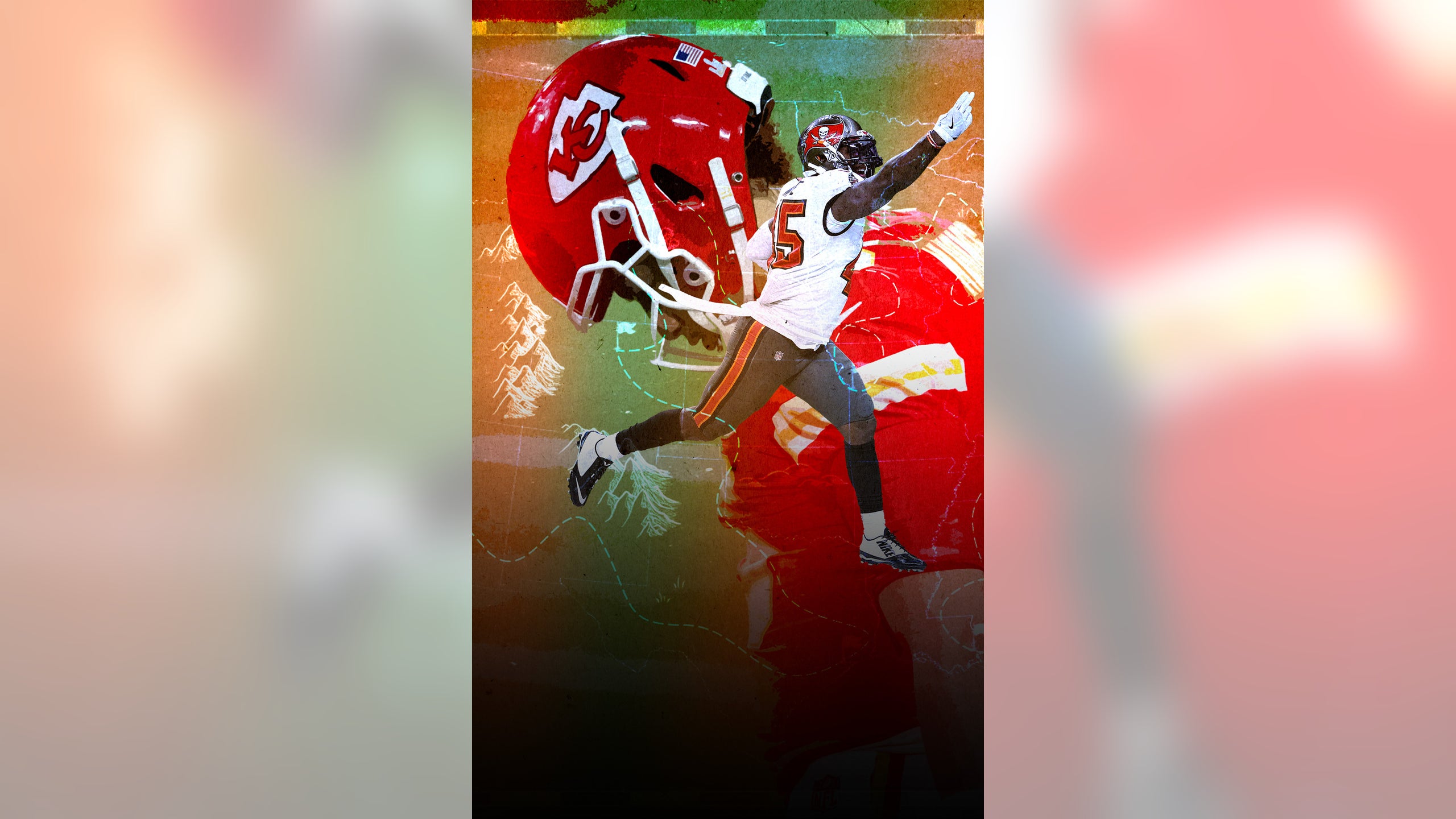 The Buccaneers claimed the second title in their history, and Tom Brady won his seventh ring in a dominating performance that no one outside of Tampa thought was possible.

How did Tampa Bay pull off such an emphatic victory over Kansas City in Super Bowl LV?

Here are my three takeaways from the Bucs' 31-9 win on Sunday:

1. The line of scrimmage

I’m humble, so I’d never tell y’all that I warned everyone who would read, listen or watch me this week that the Bucs were significantly better in the trenches, and when handicapping a game, this is where we should look first.

I specifically highlighted that the Chiefs' offensive line was an issue heading into this game. We all tried our best to ignore it because Patrick Mahomes seems to defy the odds more often than not, and he has been playing with most of the backup unit all season.

But Sunday, it was just too much.

It became clear early in the contest that the offensive game plan was designed with the understanding that the K.C. offensive line was limited. That looked like quick passes, run/pass options, moving the pocket and barely any running plays. It was not effective on early downs, and because of that, the Chiefs' offense lived in third-and-long.

There's no protecting the offensive line on third-and-long, and Tampa Bay took advantage of that.

The Bucs' pass rush was so quick to Mahomes that it often forced him to leave the pocket early and attempt some wild throws. Mahomes was able to make some incredible completions while taking a beating, and he proved his toughness.

He's not at all the reason the Chiefs lost this game.

On the flip side was the Bucs' offensive line, a unit with three outstanding linemen. On 30 pass attempts, Brady was pressured only four times, including one sack early in the game.

The Bucs' game plan was effective in switching up the plays for the Chiefs' defensive line. Tampa Bay called quick passes, play-action passes and some screens to keep Chris Jones & Co. away from Brady. It was a brilliant offensive game plan from offensive coordinator Byron Leftwich and head coach Bruce Arians.

Brady was also effective and on-target. In the run game, both of Tampa’s running backs averaged more than 5 yards per carry.

It was a butt-kicking by the Bucs. 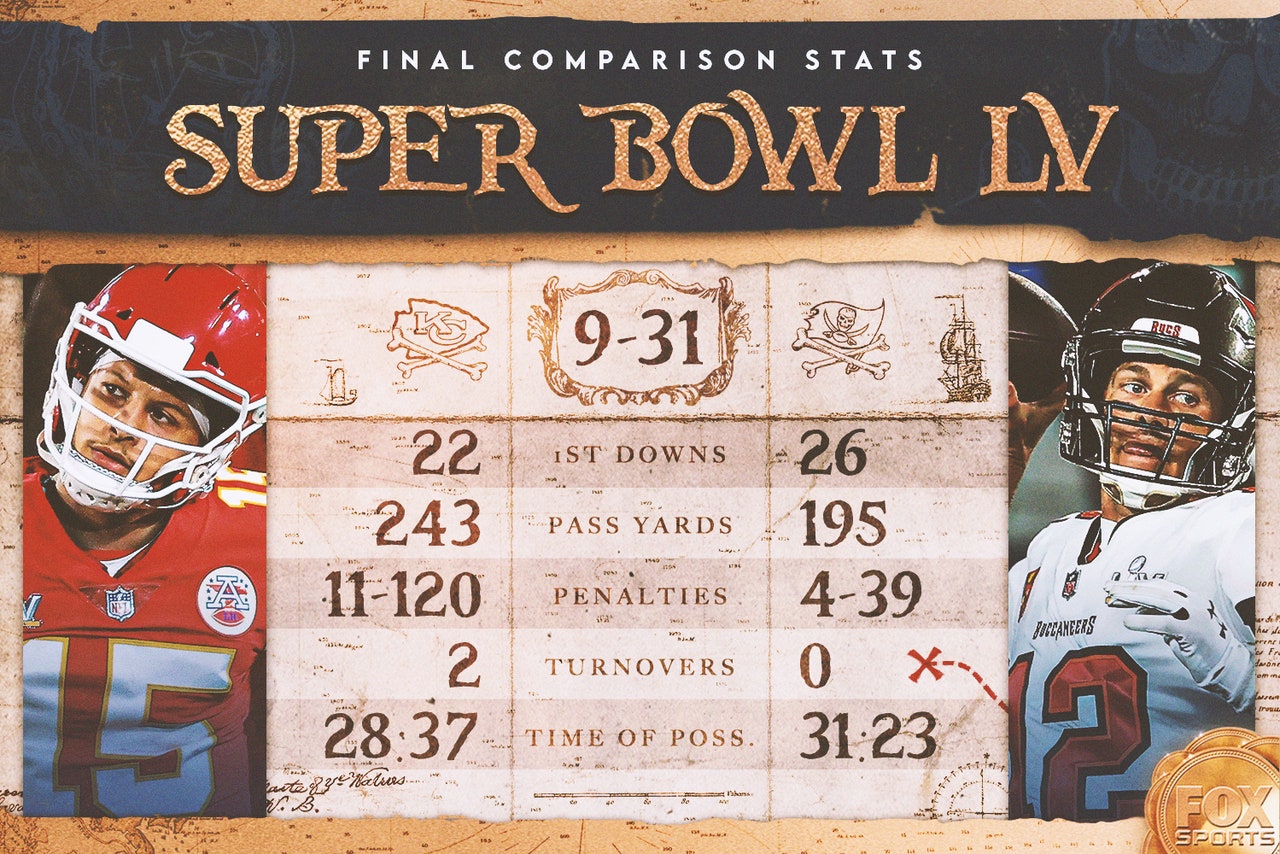 While Brady took home the MVP hardware, I think most would agree that Bucs defensive coordinator Todd Bowles deserved that recognition.

I highlighted the Bucs' pass rush above, but a pass rush is only as good as the coverage behind it. Did you notice many Chiefs receivers open all game? Nope. Credit to the players for executing the scheme, but because Bowles wasn’t stubborn, the Bucs were able to slow down the Chiefs.

Coaches are stubborn by nature. They like their schemes to be familiar with what they are good at and what they’ve always coached. This season, Bowles had his Bucs defense blitzing a bunch.

In their first matchup, Mahomes torched the Tampa Bay defense when it brought pressure. On Sunday, Bowles had two options for a defensive game plan.

Or Bowles could play the defense that got him to the dance, which was to bring pressure and hope for the best. Instead of being rigid and stubborn and having an ego, he chose the best path: play a bunch of two-high, keep everything in front of you, and let your defensive line go to work. 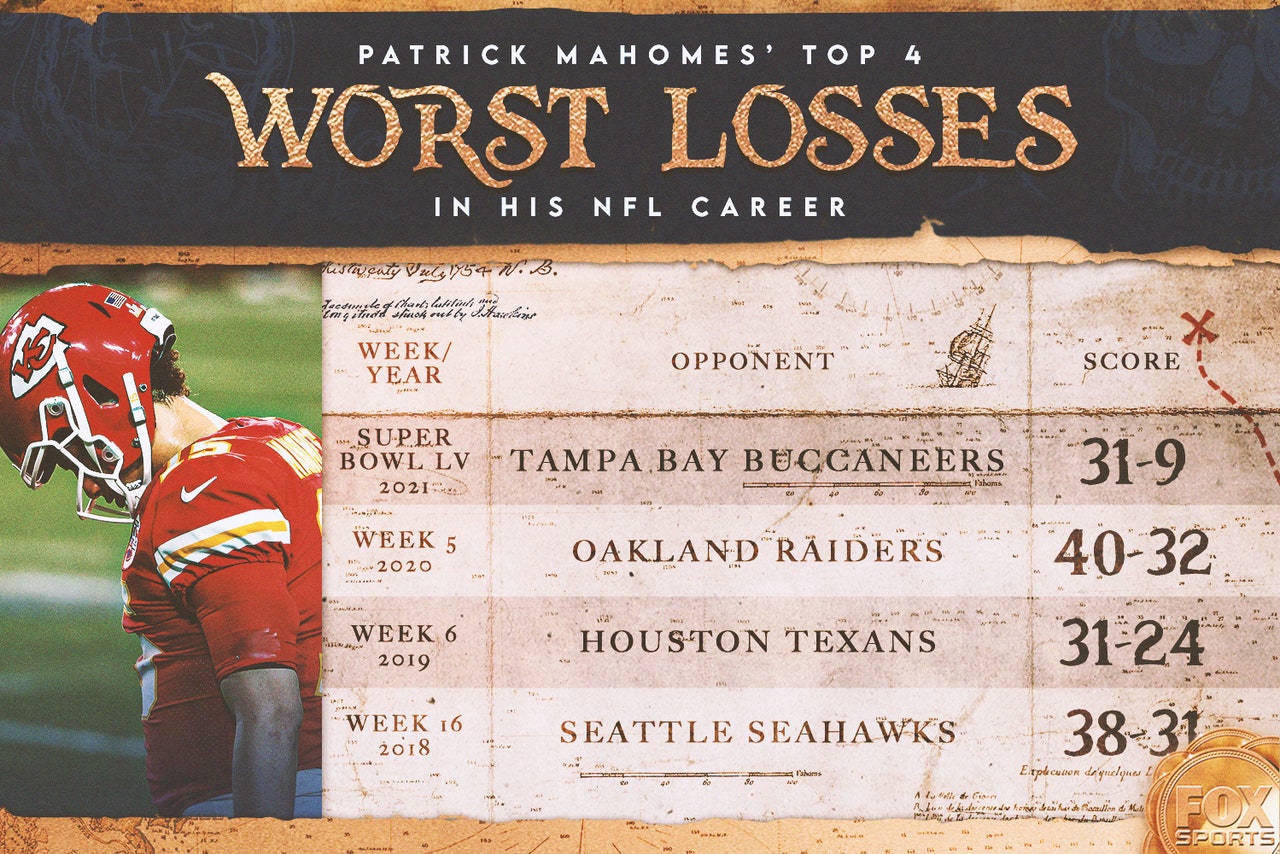 3. Failing to flip the switch

The Chiefs took a physical beating, which is something that can always be explained. It’s the NFL. The other team gets paid also.

But Kansas City had so many uncharacteristic mistakes, and its style of play this season finally caught up to it. The Chiefs had dropped passes and costly penalties in the first half, totaling 95 penalty yards in the first 30 minutes.

Jones was baited into a personal foul, something I did expect to happen against Bucs center Ryan Jensen. The Chiefs had multiple defensive holding and pass interference calls against them. Yes, some seemed ticky-tack, and it appeared the officials were alerted before the game — either by film study or the Bucs coaching staff — that the Chiefs' defensive backs get grabby.

I feel slightly vindicated about my unpopular opinion that I was worried about the Chiefs just trying to "turn it on" when they want. The last two months of the season they coasted to victories, not winning by more than a touchdown. They’d get up early, sit on a lead and then need a fourth-down play to seal the game.

But elite teams blow out opponents. They dominate them. And I was worried that when the defending champs were finally up against a team with Tampa Bay’s talent, the idea of "turning it on" was never going to happen. The Chiefs started slowly again in this game, and we saw the outcome.

They lived on the edge all season, and it didn’t work on the last night of the NFL calendar.