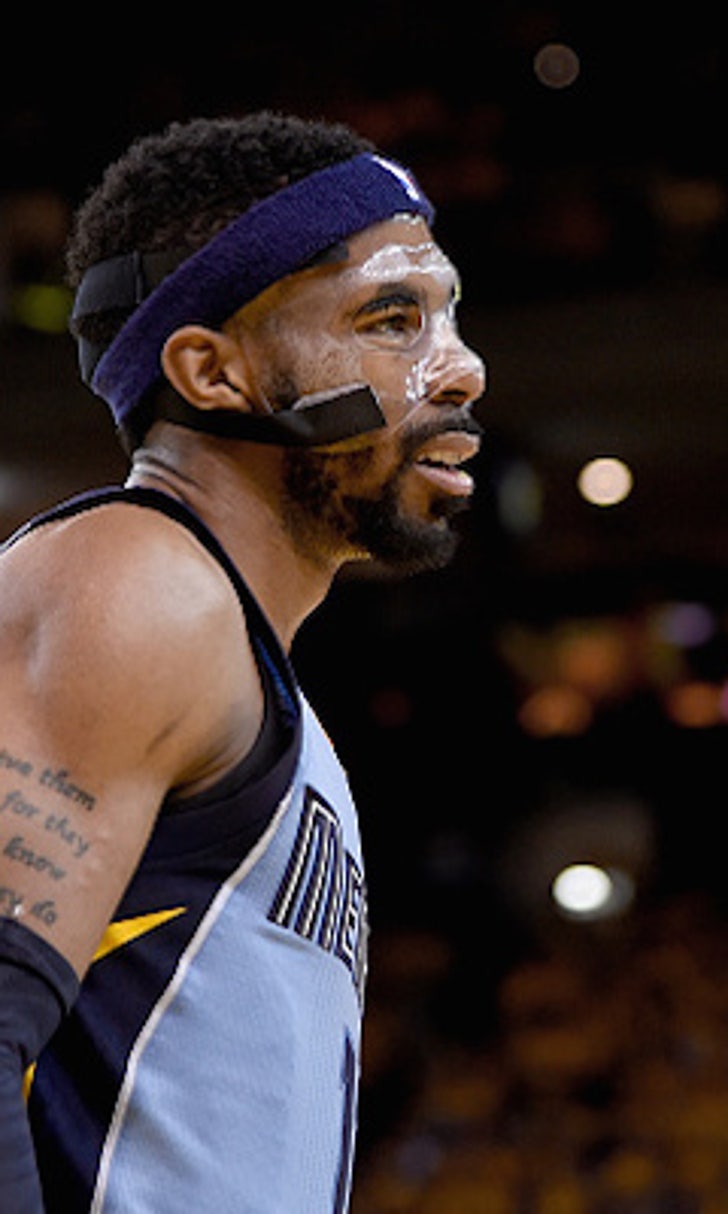 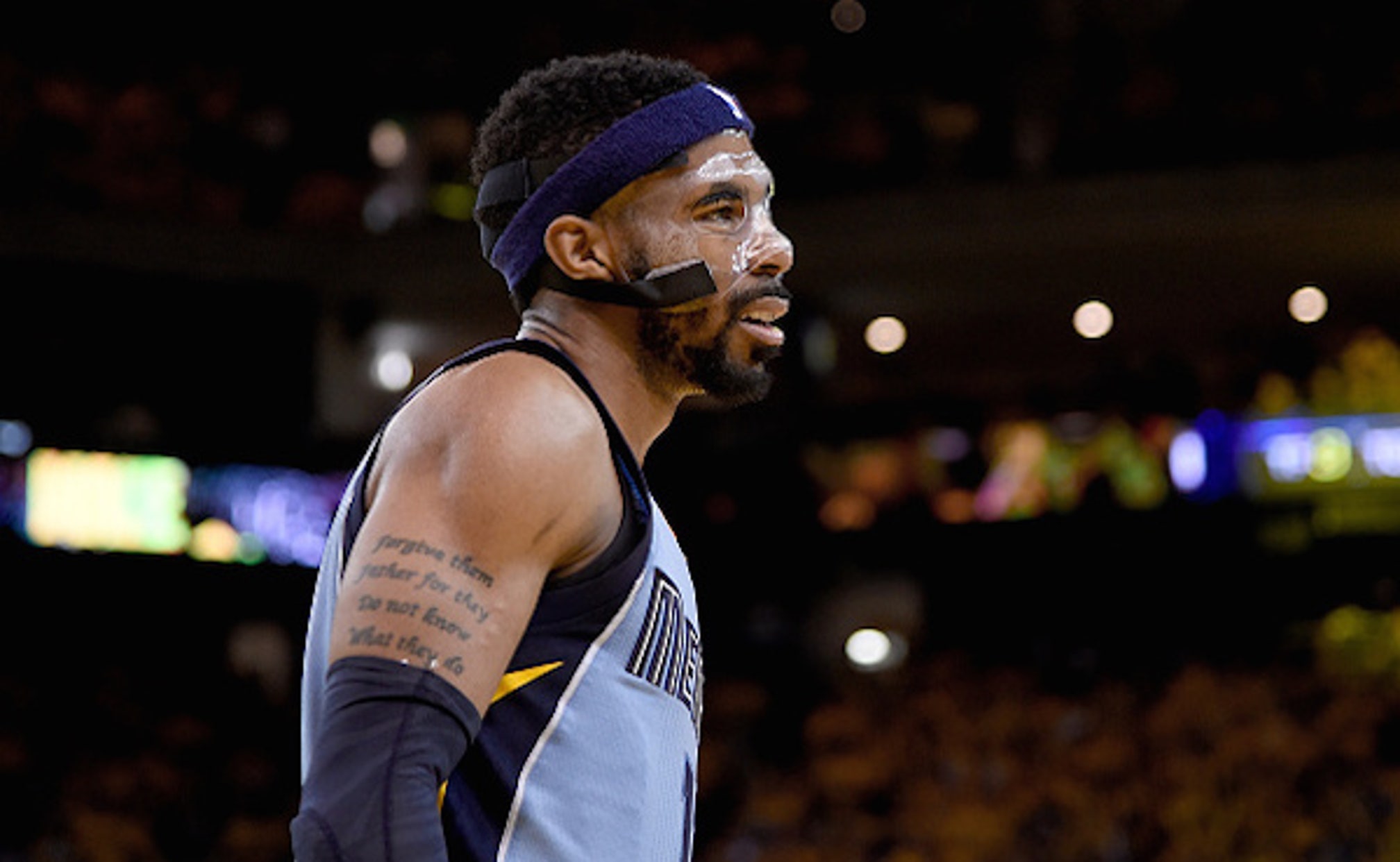 'The Mike Conley Broken Face Game' (and why he's the man) 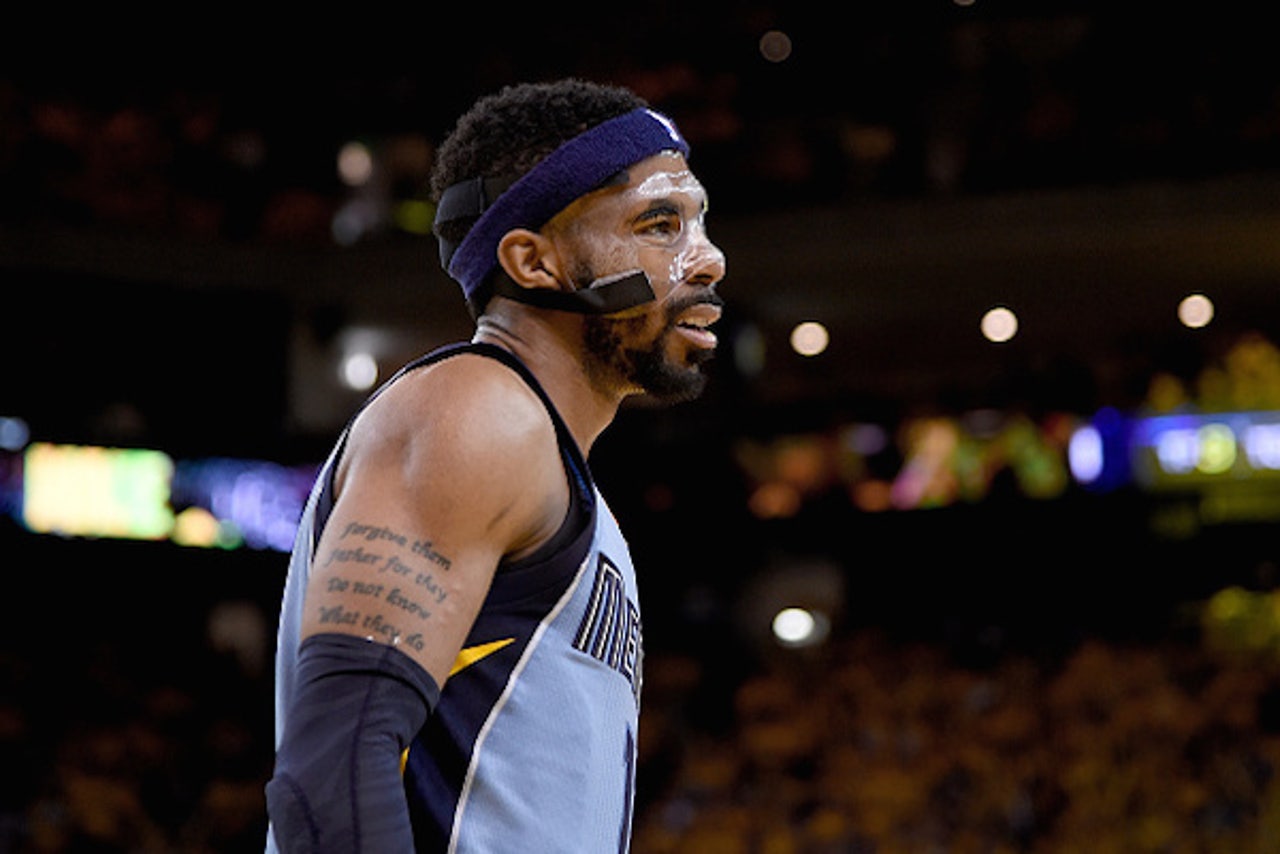 Mike Conley has always been the man.

That last point was driven home on Tuesday evening, as the player who didn’t receive the MVP trophy in Oracle Arena proved he’s just as valuable to his team. Conley had missed the Memphis Grizzlies’ last three games due to undergoing surgery to repair multiple facial fractures. Yes, the man broke his face after catching a wild flying elbow from C.J. McCollum.

This is what Conley’s sad and disgusting face looked like a few days after the elbow during an interview of Game 1 vs. the Golden State Warriors. (Viewer discretion is advised)

After seeing him in that condition on Sunday night, I just assumed Conley wasn’t going to be playing basketball anytime soon. So when I got the notification on my phone that Conley was going to play in Game 2, I truly did not believe it.

Conley, now rocking the face mask and a metal plate in his face, stumbled while trying to drive to the lane. Conley grabbed the ball on the ground and called timeout. Then Draymond came over like a madman (I promise this is a compliment) to snatch the ball, thus smashing Conley’s just repaired face. Was it intentional? Probably not. Will Grizzlies fans have all the Grit and Grind rage for Draymond when he touches down in Memphis? Absolutely.

Here’s the thing. Mike Conley is the man and once again tried to remind the world why on Tuesday night.

Conley’s 22 points in just 27 minutes of action led the Grizzlies into a 97-90 Game 2 victory to even the series at 1-1. Conley’s offensive exploits were certainly missed in Memphis’ already dilapidated offense, as the point guard found ways to navigate the middle of Golden State’s defense and hit crucial threes in big moments. Plus, Conley’s biggest asset has always been his defense. Conley held Steph Curry to just 19 points, shooting an abysmal 2-of-11 on his three-point attempts. Moreover, the Warriors turned the ball over 20 times while registering just 16 assists.

The result? The Memphis Grizzlies looked like the team everyone else in the NBA carried the ultimate respect and fear for. They’re tough as nails, resilient like a rock, and full of grit and grind. After Game 1, many thought the Grizzlies would be swept. After Game 2, no one would be surprised if this series went a full seven games.

The reason? While Zach Randolph has always been the go-to consistent force on the block, Marc Gasol the do-everything two-way savant and Tony Allen the insane defensive nomad we’ve all come to love … Mike Conley is the man, and always has been for this team — even if he’s never been recognized for it. Real recognizes real, even if Conley’s face is looking a bit unfamiliar these days.

Russ, Wall Swapped in Blockbuster Trade
For the second time in less than two years, Russell Westbrook has been traded for another superstar point guard talent.
1 hour ago

Another One
LeBron James isn't shying away from talks of a repeat. But could an infusion of youth backfire for the Lakers?
10 hours ago

Lakers Extend LeBron Through 2023
The wins keep rolling for LA, as the Lakers signed LeBron James to a two-year extension on Wednesday, Melissa Rohlin reports.
10 hours ago

Guess Who's Back
Kevin Durant is ready to prove to himself – more than anyone – that he can return to his old form, reports Melissa Rohlin.
12 hours ago