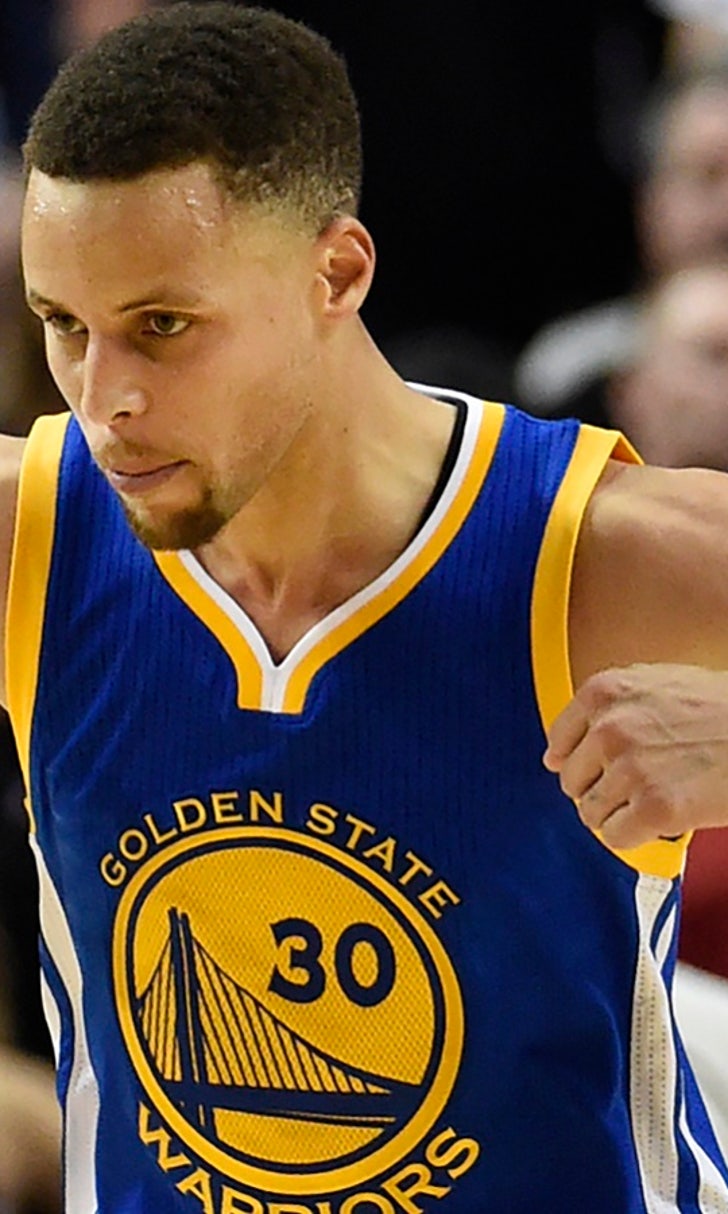 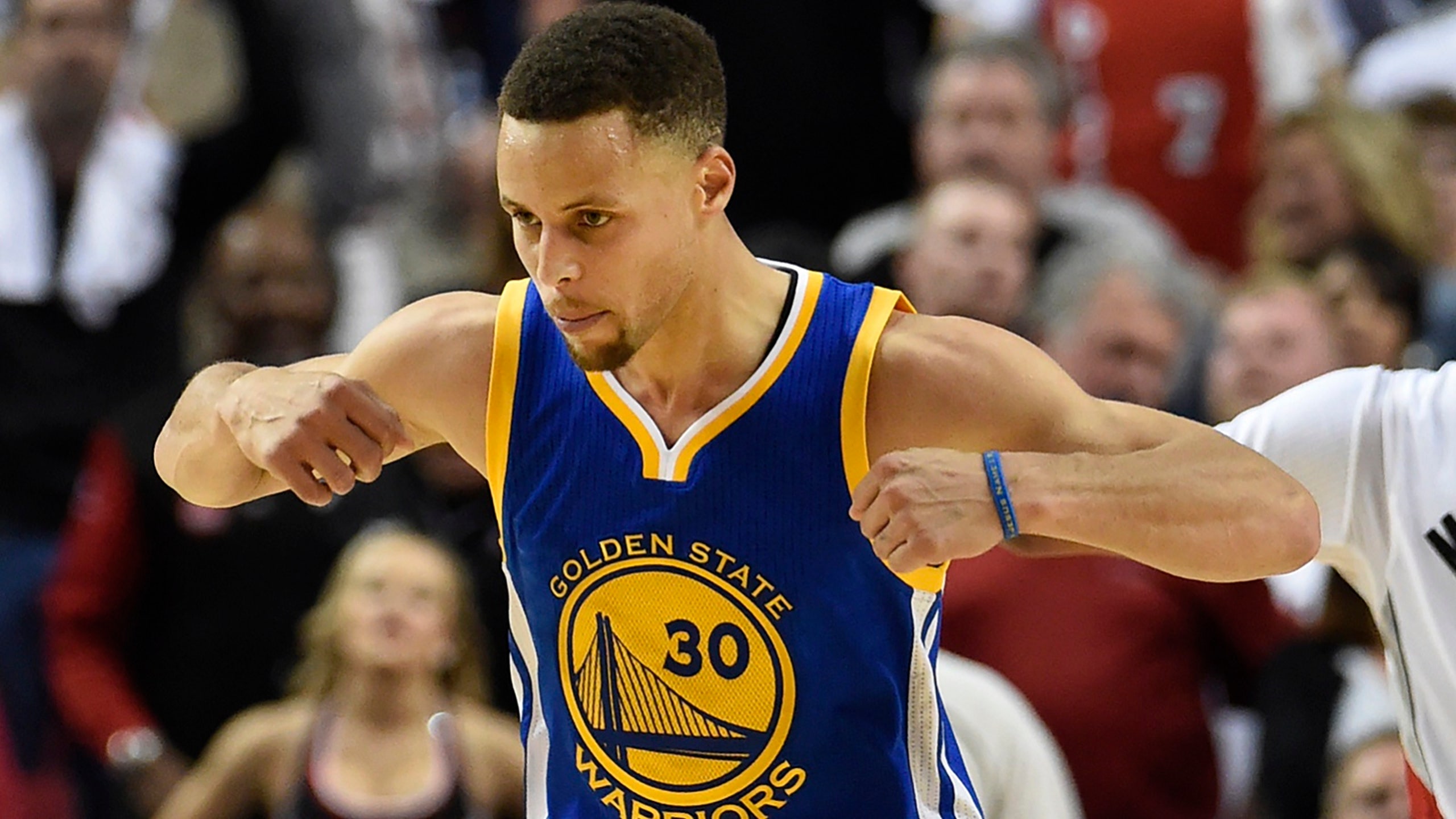 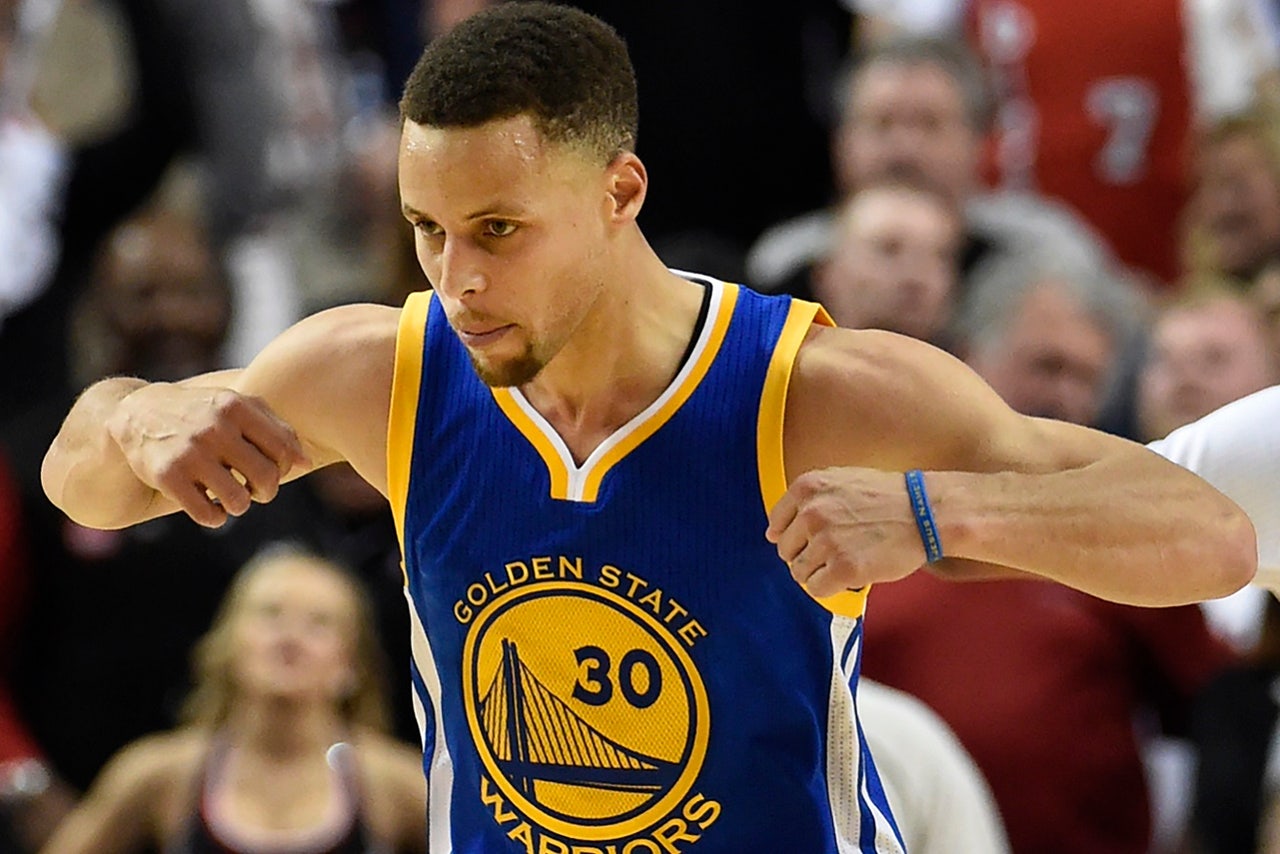 The Golden State Warriors celebrated the return of Stephen Curry by playing like the Philadelphia 76ers.

That was the case to start Game 4 against the Portland Trail Blazers, anyway. The Warriors looked as if they knew their savior was waiting to come in off the bench, so they spotted the Blazers a 16-2 lead. And it wasn't like Golden State was just missing shots; Draymond Green & Co. were an awful, disjointed mess over the first six minutes.

Then Curry checked in, to a chorus of trumpets and hallelujahs, for the first time since spraining his right MCL. Everything was back to normal for the defending champions; basketball gods be praised. 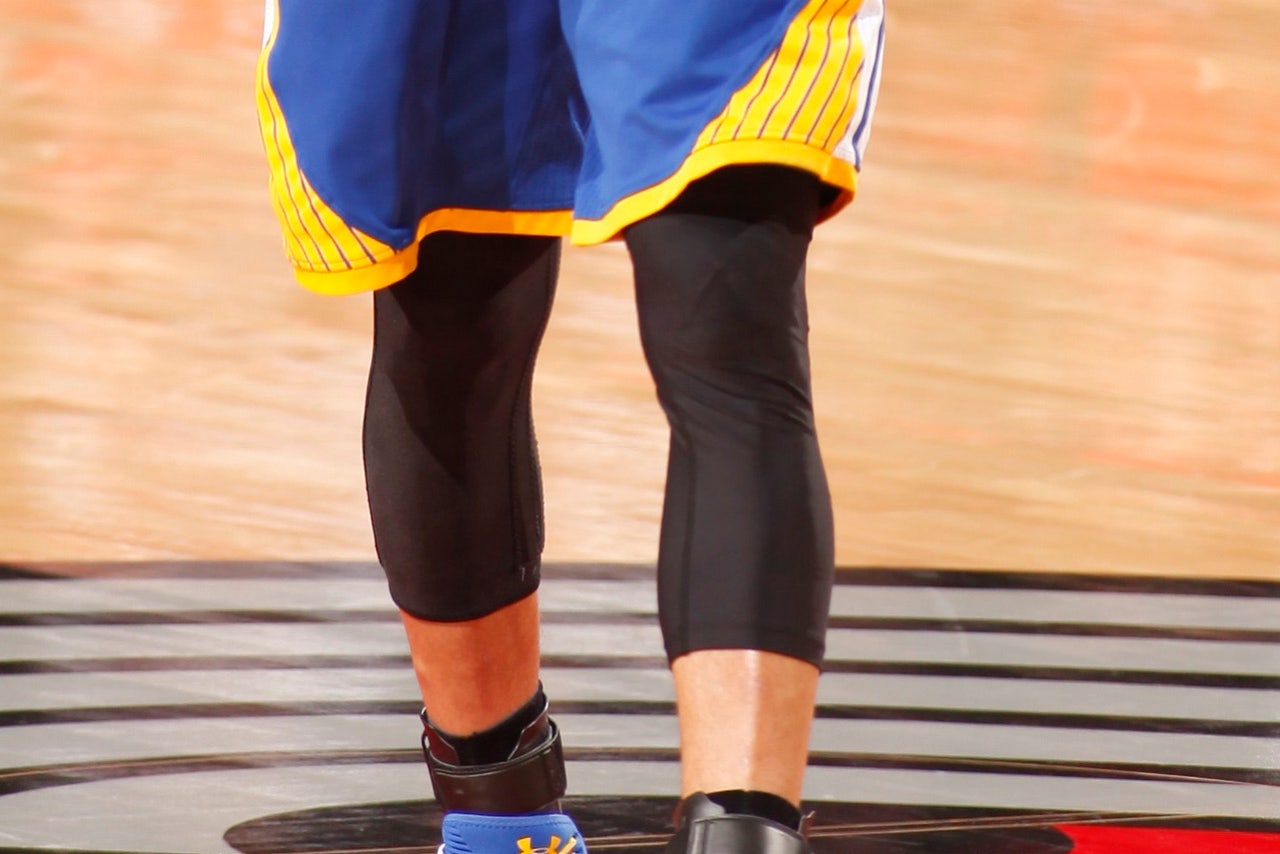 A sight for sore eyes: Curry entered the game without a knee brace.

Only the reigning MVP didn't look anything like himself, not at first. He was tentative on offense, and coach Steve Kerr hid Curry on Allen Crabbe on defense, rather than have him defend the streaking Damian Lillard or his backcourt mate, C.J. McCollum. It was a smart move; until the Warriors knew how healthy Curry really was, there was no need to test him too much.

It backfired. With Curry playing out of position defensively, Golden State gave up a number of easy baskets as they scrambled to figure out who belonged where. The Blazers capitalized on the confusion by running Curry through screen after screen, which affected him on the other end. He hesitated to go to the rim, and he failed to move with purpose as Golden State tried to free him up off the ball. The Warriors were on their way to a second consecutive loss for the first time in 2015-16, regular season or playoffs.

An outburst by Shaun Livingston saved the day. The backup point guard drew the ire of official Scott Foster and got tossed, forcing Kerr's hand. Perhaps Curry would have started the second half anyway after testing his knee and finding he was okay; without Livingston, there was no question about it.

Even a team as good as Golden State thrives on the familiar. With their normal rotation back in place, the Warriors started clicking. The shot selection improved, and guys stopped committing dumb turnovers. As things settled down, the ball moved from player to player as it normally does, even if Curry didn't. He continued to pick his spots, not forcing the action or generating his typical gravity in a whirlwind of perimeter movement. He was fine. He was effective. But he wasn't the MVP we're used to, at least not for the first 48 minutes of the game.

And it was all part of the plan.

Golden State needed to know what it had in Curry as soon as possible. Both the Warriors and the larger basketball world found out on Monday night. He's physically healthy, for one. That became clear as the game wore on and Curry found confidence in his injured right leg. By the fourth quarter, the hesitation from earlier in the night was mostly gone. He looked more and more like himself -- albeit a version of Curry who wasn't quite in game shape, to be frank. On the final possession of regulation, he committed to a half-hearted drive and floater from outside the paint. A bit of rust, maybe, or fatigue from carrying the Warriors in the fourth; you have to figure Curry at 100 percent conditioning would have broken off a ridiculous display of ball-handling or a stepback 3 in Lillard's eye.

Suffice it to say that after a bit of a breather, Curry made up for it in overtime. He scored 17 points in the extra frame, burying the Blazers in the type of barrage to which we've grown accustomed. When there was no time to think, with the game on the line, he let go of what could go wrong and caught fire in the moment.

For the man who made 400 3-pointers in one season, the word "unbelievable" rarely applies. Yet what Curry did in five minutes of overtime on Monday comes pretty damn close. Despite all the glimpses of the MVP we saw in regulation of Game 4, there was nothing to indicate he had this in him. There was undoubtedly a sense the Warriors would pull out the win, because that's just kind of what they do. But it felt like Curry would need Green and Thompson and maybe even Festus Ezeli to carry him to the win. He would play a part. To so forcefully take over the whole orchestra just as it reached a crescendo, though, was the kind of masterful performance only an all-time great like Curry can muster.

Forget what happened in regulation. All doubt disappeared; there was only a red-hot Curry, sinking the Blazers' dying hope of evening the series at two games apiece and continuing their Cinderella run.

That should be all she wrote in this playoff series, giving Curry time to rest, recuperate and test his leg once more in Game 5. By then, Curry will truly be back to his old self -- and just in time for the next round. If the Warriors are to march through the San Antonio Spurs or resurgent Oklahoma City Thunder in the Western Conference finals, they'll need an unfettered Curry.