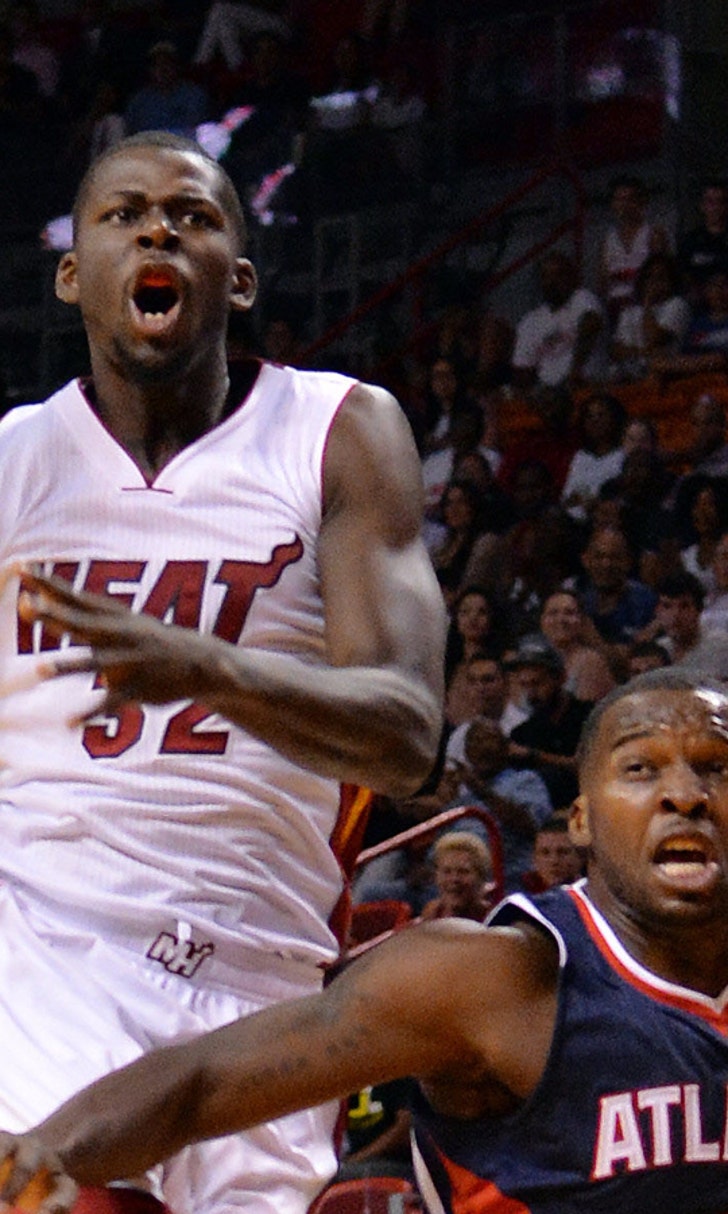 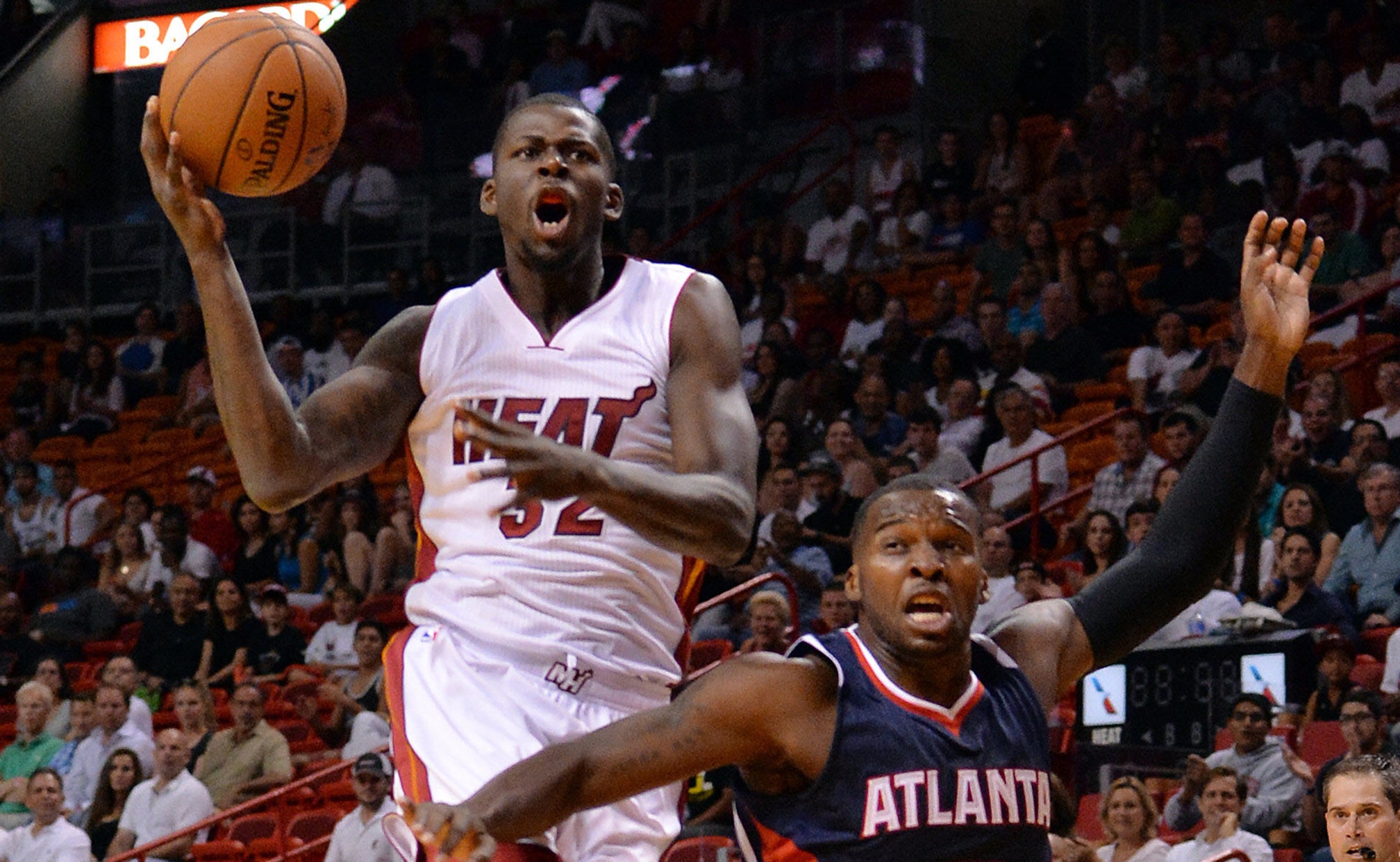 Report: Heat's James Ennis could be cut before the season 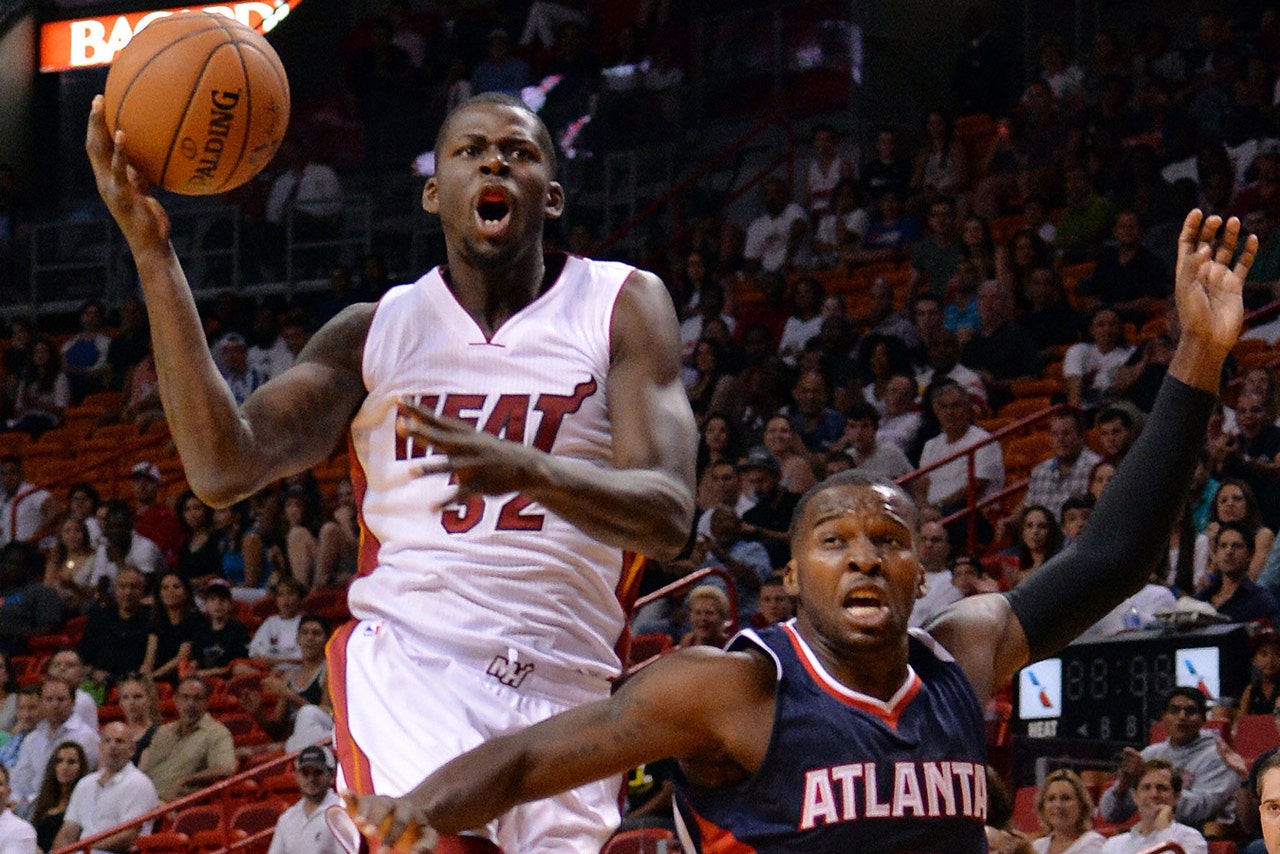 Miami Heat forward James Ennis is on the bubble heading into the 2015-16 season.

After earning a spot in the rotation last season, Ennis couldn't capitalize on his chance to shine in this summer's summer league, and now faces the possibility of being cut to leave an open roster spot and reduce the Heat's luxury tax bill, according to the Miami Herald:

"Barring trades involving Mario Chalmers or Chris Andersen, forward James Ennis appears the only incumbent Heat player at risk of being cut, with his $845,059 salary becoming fully guaranteed on Oct. 28. Ennis, who disappointed the Heat in summer league, is fortunate that the Heat hasn’t used its roster spots on an established veteran who wants to be here (such as Rasual Butler, who expressed interest).

"The Heat players who have been signed to spots 16 through 19 are viewed as D-League players, though forward Greg Whittington could challenge Ennis. If Ennis struggles in camp, the Heat will consider keeping the 15th roster spot open until something intriguing comes along."