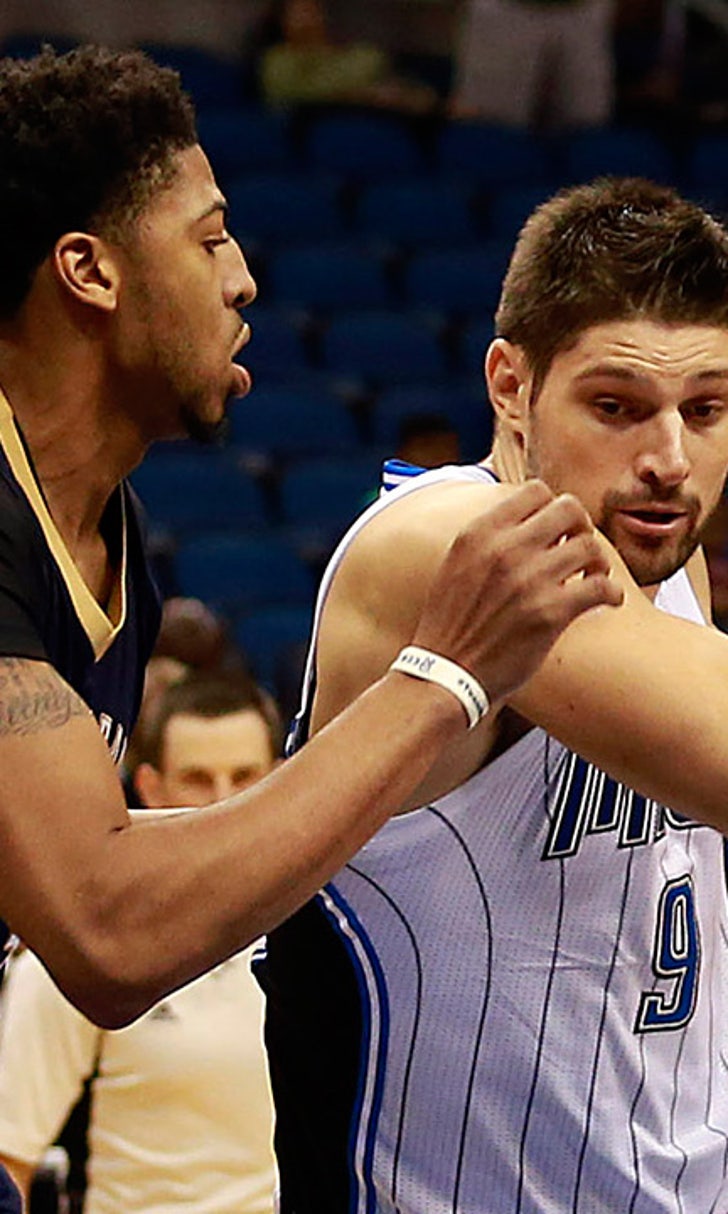 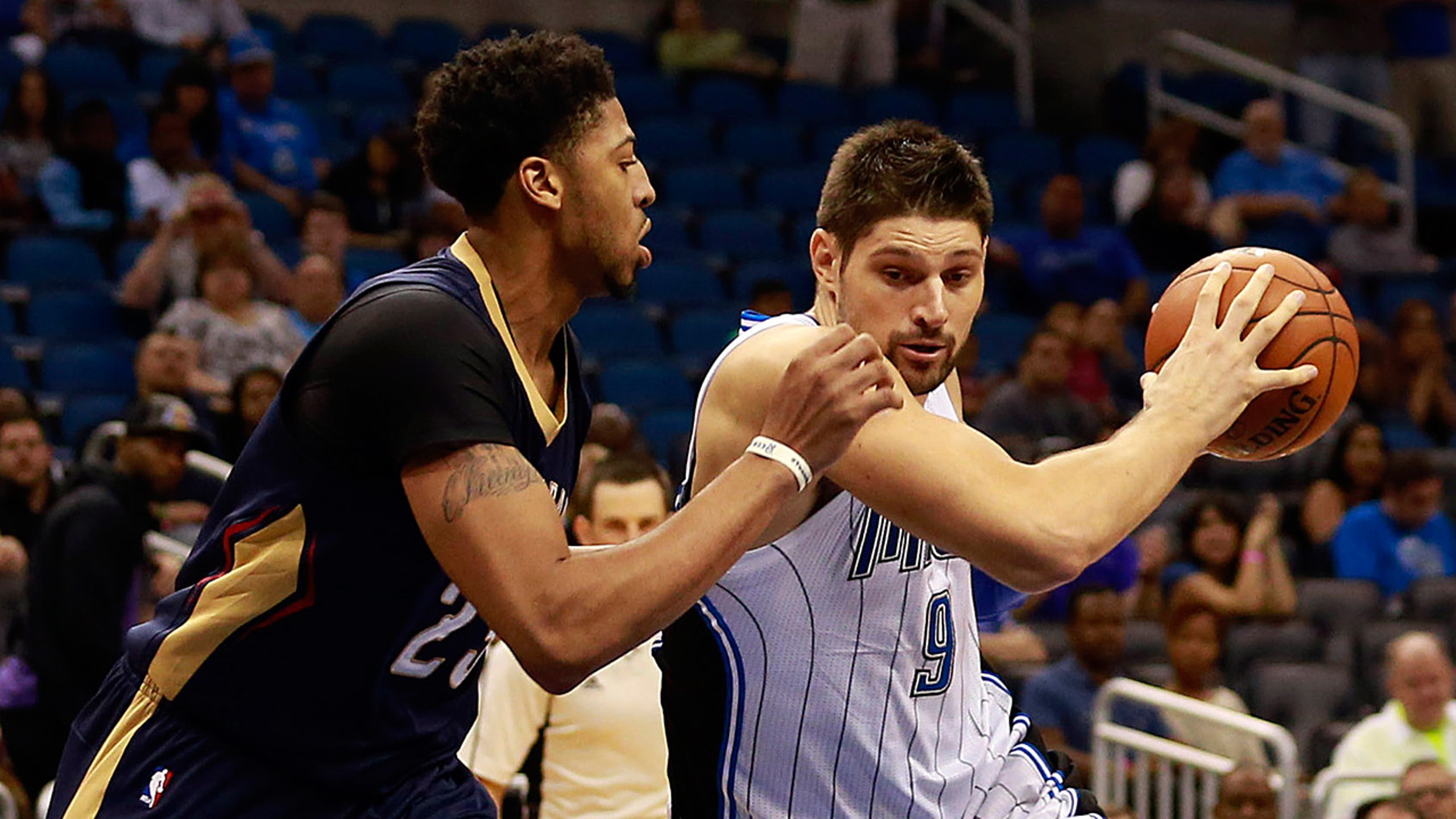 Previewing Magic-Pelicans: Two 0-3 teams enter, one leaves with a win 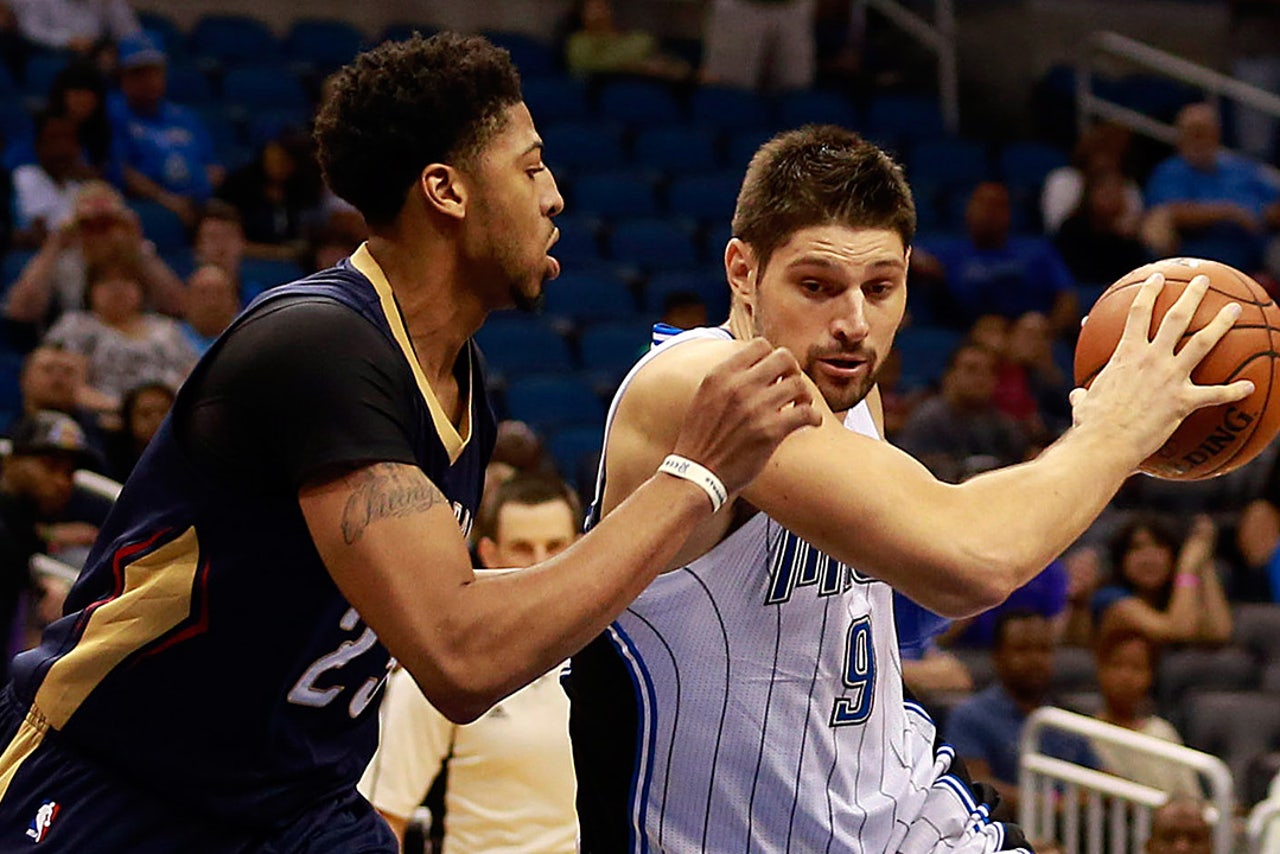 While the Orlando Magic have been so very close to gluing the pieces together, the New Orleans Pelicans are in danger of completely falling apart.

The Magic (0-3) will continue that search in the middle contest of a three-game road trip. It's also their second game in a span of five of six away from home.

Orlando has dropped each game by five points or less, the first an 88-87 loss to Washington in which it coughed up a late lead and the second a 139-136 double-overtime defeat to Oklahoma City.

Sunday's 92-87 loss in Chicago seemed out of reach until a 14-0 run in the fourth quarter. The Magic went cold in the final three minutes, though, and to coach Scott Skiles it was an overall dud.

''We were just lethargic on both ends,'' he said. ''Most of the game we just weren't here tonight.''

The 136 points against the Thunder helped bump up Orlando's offensive numbers, but the Magic still rank toward the bottom of the NBA in field-goal percentage (40.2) and 3-point shooting (29.3).

The same offense scuffled against the Bulls, however, making 38.9 percent of its shots, 30.4 percent of its 3-pointers and 58.8 percent from the free-throw line.

New Orleans (0-3) hopes to see that struggling offense after lining up against one of the NBA's best in two of its first three games. The Pelicans have allowed at least 111 points in each contest, including a 111-95 loss to Golden State in the opener last week and a 134-120 defeat to the Warriors on Saturday.

Opponents are shooting 48.9 percent against New Orleans and 41.3 from 3-point range.

Jrue Holiday has played with a minutes restriction as he works his way back from a lower right leg injury, and Kendrick Perkins suffered a pectoral injury Saturday.

There is no timetable for Perkins' return.

"The injuries are the thing that knocked everything off track," said Gentry, whose team has won six of its last seven home games against Orlando. "Hopefully we get everybody back eventually and we're not going to panic. We don't think that we have the wrong system."

What the Pelicans do have is Anthony Davis. The 6-foot-10 power forward, who could rotate over to center to help fill the void left by Perkins, had 26 points, 15 rebounds, four assists and two blocks Saturday.

Davis holds averages of 19.3 points and 15.0 rebounds in six games against the Magic.

Orlando is on the verge of dropping its first four games for the second straight season, while New Orleans last started 0-4 when it lost its first eight in 2004-05.

3 Takeaways From ORL-MIL – G3
The Greek Freak got some much-needed help from Khris Middleton in the Bucks' 121-107 win over Orlando on Saturday.
August 22, 2020
those were the latest stories
Want to see more?
View All Stories
Fox Sports™ and © 2021 Fox Media LLC and Fox Sports Interactive Media, LLC. All rights reserved. Use of this website (including any and all parts and components) constitutes your acceptance of these Terms of Use and Updated Privacy Policy. Advertising Choices. Do Not Sell my Personal Info