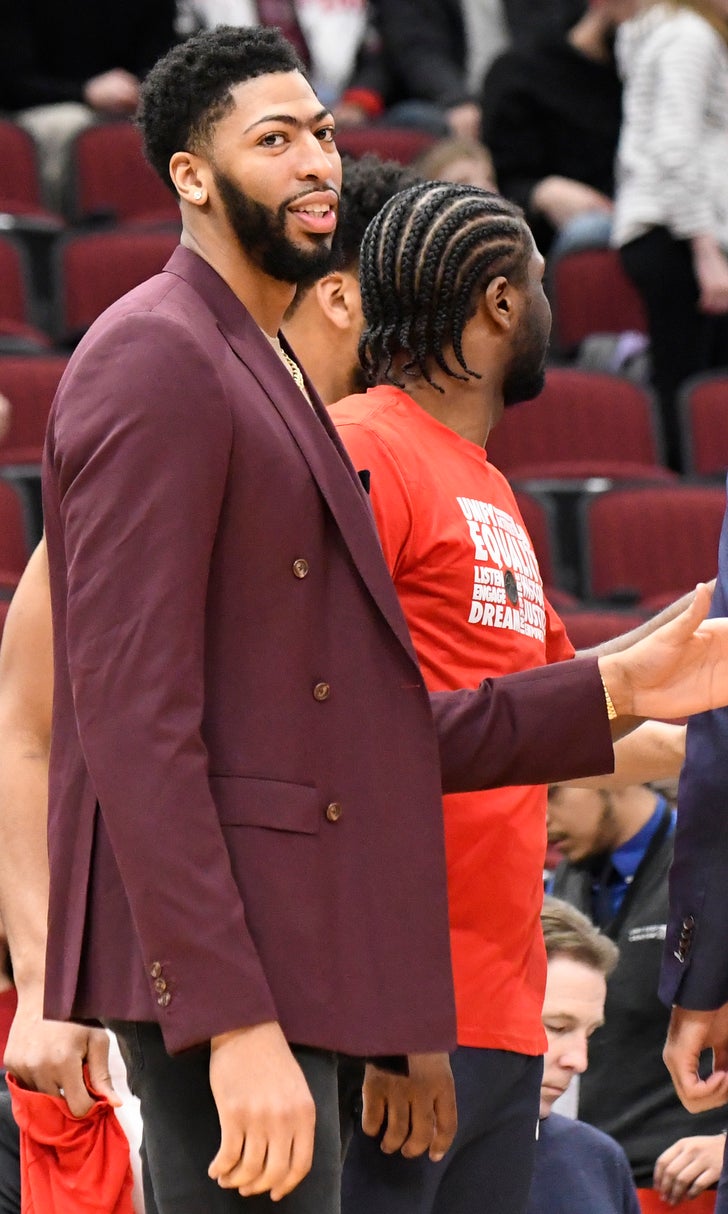 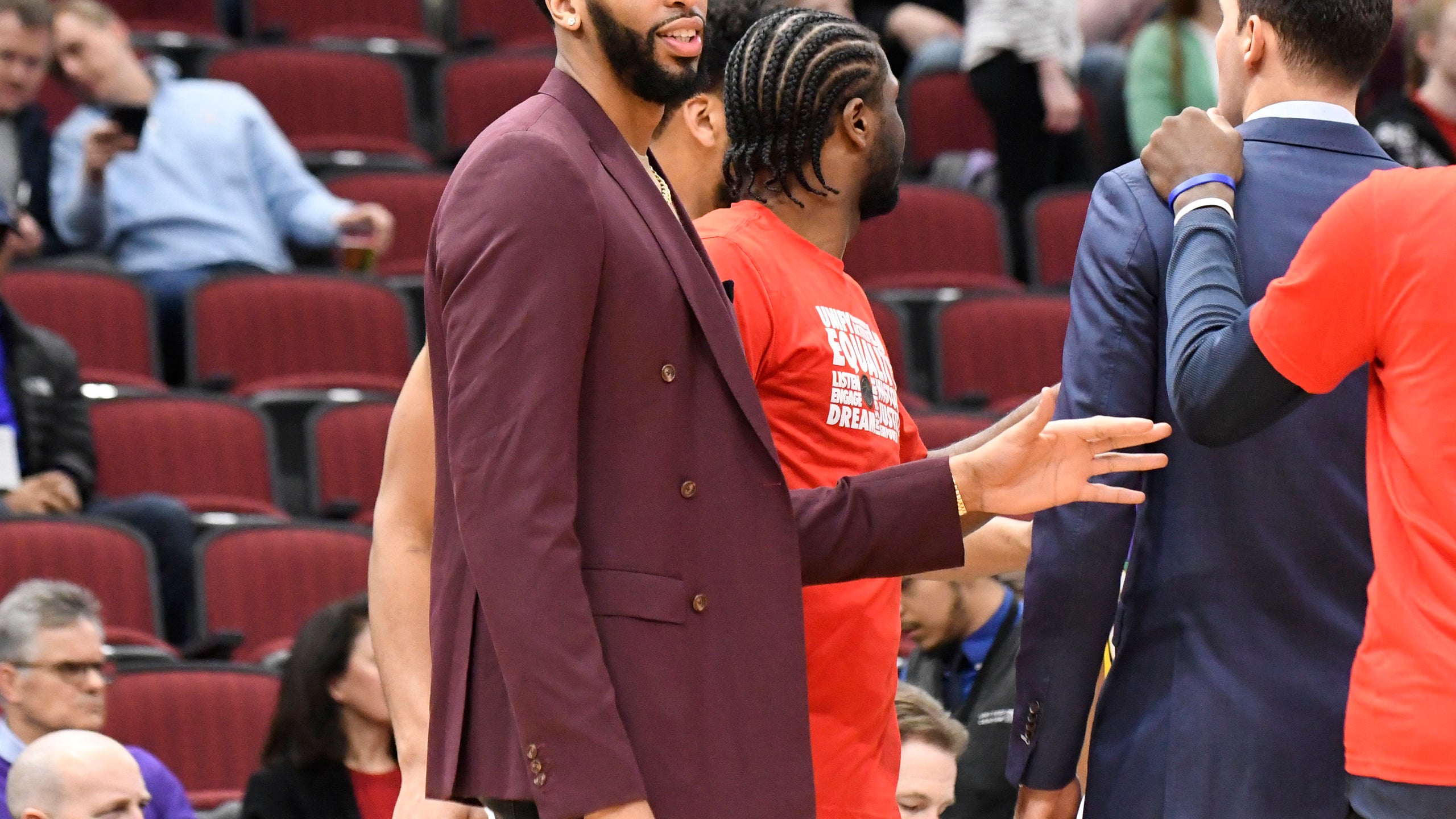 Toronto, Milwaukee and Philadelphia made their moves. Anthony Davis will have to wait until the summer for his.

The New Orleans Pelicans held onto Davis but dealt Nikola Mirotic to the Bucks, one of the Eastern Conference contenders who fortified their teams Thursday before the NBA trade deadline.

The Raptors are getting former All-Star center Marc Gasol from Memphis. The 76ers, a day after acquiring forward Tobias Harris from the Clippers, sent Markelle Fultz to Orlando and will hope Jonathan Simmons can provide some production where the former No. 1 pick couldn't.

"Those teams were already really good. And the assumption would only be that they'd only benefit from those moves," Boston coach Brad Stevens said. "It will be quite a challenge. As we knew it would be."

A busy swap season that included Dallas' acquisition of Kristaps Porzingis from New York ended without a move for Davis, the player who dominated the discussion in recent weeks. The Pelicans didn't find a deal for Davis, who had requested a trade and informed the team he wouldn't sign a contract extension this summer.

But the Lakers couldn't put together a strong enough package to the Pelicans' liking for the All-Star forward, who will go back into the trade market after the season ends. There will be other marquee names available then with a free agent class that could be highlighted by players such as Kevin Durant, Kyrie Irving and Kawhi Leonard.

Boston didn't jump into the trading deadline fray but may try to get involved in the summer.

For now, the Celtics appear to feel they have enough to win the East.

The other conference contenders looked for upgrades — and went out and got some that likely will fit well.

Milwaukee (40-13) already has the NBA's best record and Mirotic's outside-shooting ability for a big man would appear to fit perfectly in a lineup around superstar Giannis Antetokounmpo.

"He is a skilled, two-way player who fits extremely well into our system," Bucks general manager Jon Horst said in a statement. "He shoots at a high percentage from beyond the arc, rebounds and defends at his position and provides depth to our frontcourt."

Two games back of the Bucks, the Raptors sent center Jonas Valanciunias to Memphis to acquire Gasol. Valanciunas had been coming off the bench and Toronto coach Nick Nurse will have to decide whether he uses Gasol in the same manner, or returns to a traditional bigger lineup with the former defensive player of the year in the middle.

"(Gasol) is one of the best fives in the league for a long time now, perennial All-Star, Defensive Player of the Year," Raptors guard Fred VanVleet said. "Just really excited to see how we can acclimate him to what we do and see how much he can give us a boost. Obviously we're very excited about that."

The 76ers have made two major trades during the season, previously getting Jimmy Butler from Minnesota before the deal to bring in Harris, Boban Marjanovic and forward Mike Scott.

"We understand the team invested a lot in us," Harris said. "It was a big move. It was a win-now move. That means a lot. This is already a winning culture and we look to bring our games to it and help as best we can."

All of those clubs feel they improved their chances to be the first East team to reach the NBA Finals without LeBron James since 2010.

Things were quieter in the West, where there were no upgrades by teams currently in playoff position. The Clippers currently hold the eighth and final spot but appear willing to give it up in favor of positioning themselves for the summer, with their moves designed to help them pursue two top free agents in July.

But the Golden State Warriors or teams pursuing them can still bolster their squads by adding players who are free agents. Players on rosters of another team must be waived by March 1 in order to sign with another team and be eligible to appear in the postseason.