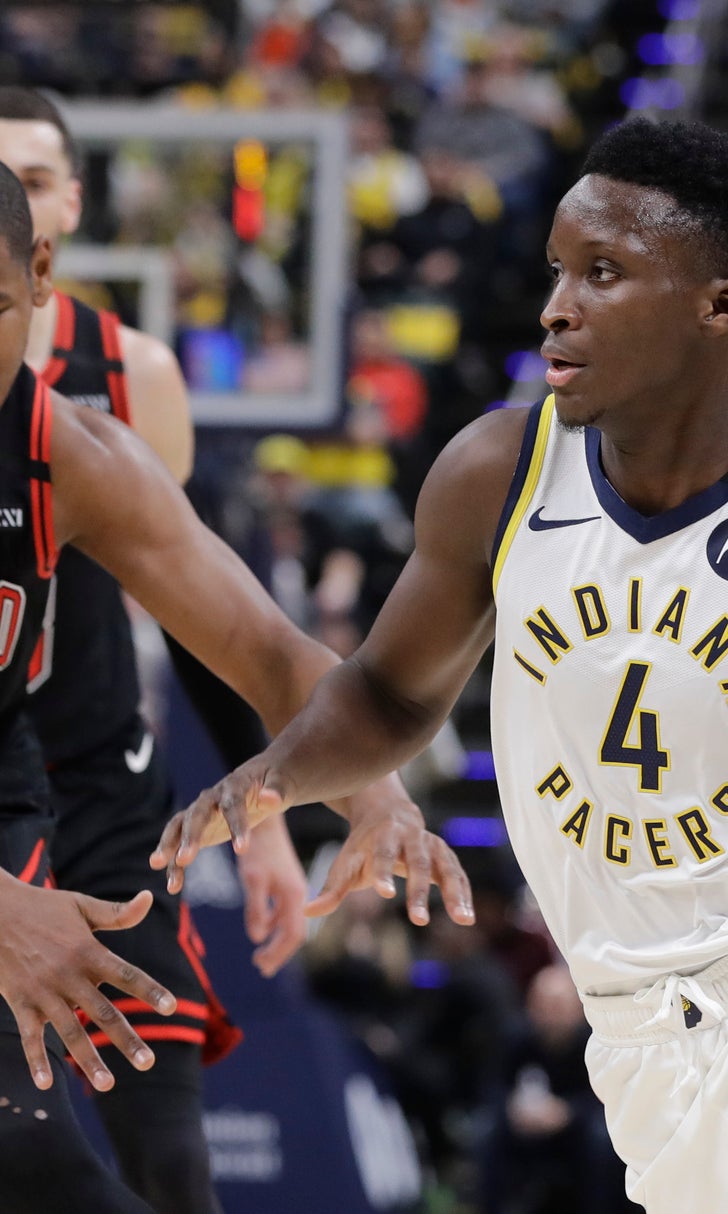 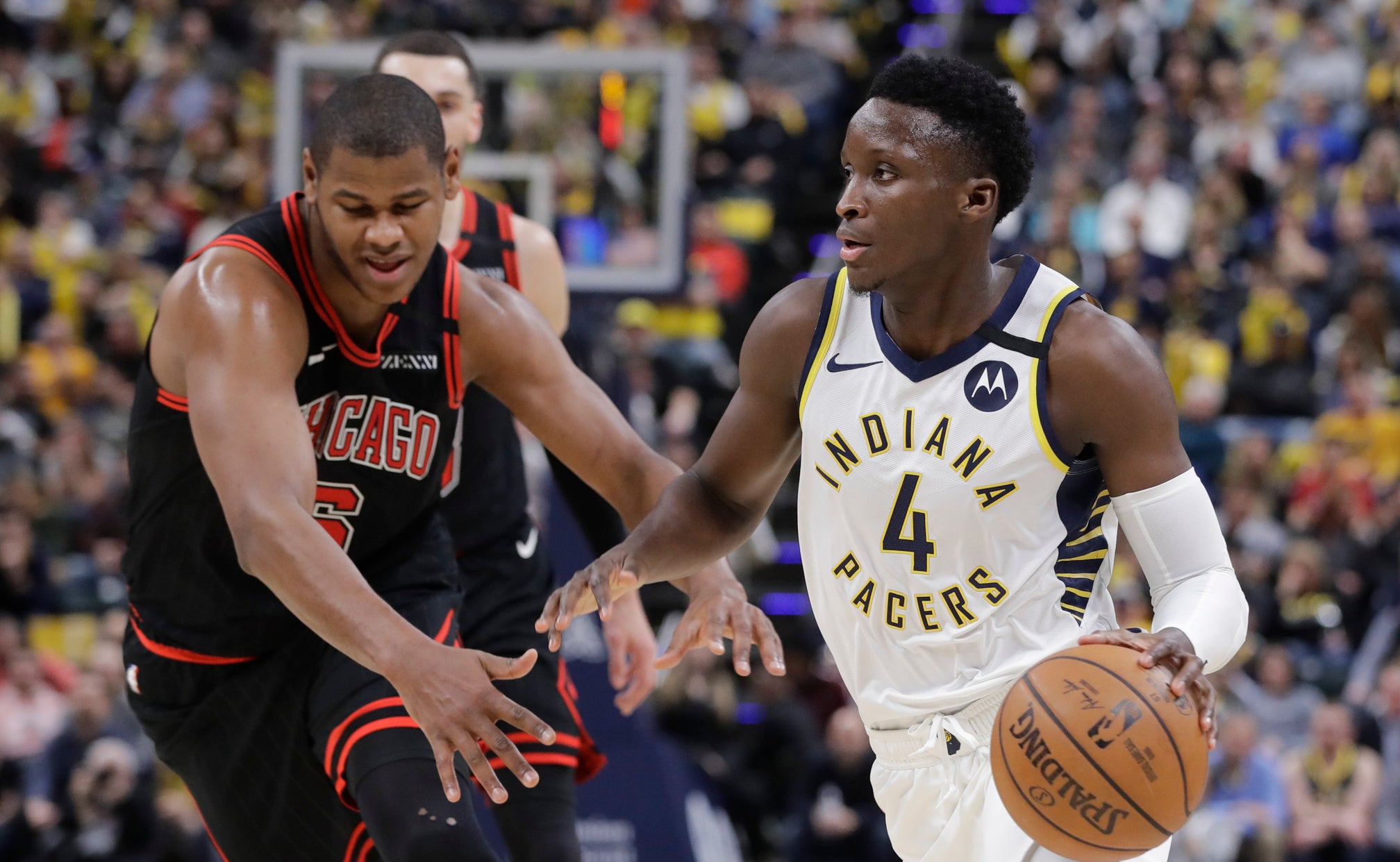 INDIANAPOLIS (AP) — Victor Oladipo's only 3-pointer tied the score with 10 seconds left in regulation, and Malcolm Brogdon scored seven of his 15 points in overtime, helping the Indiana Pacers rally for a 115-106 victory over Chicago on Wednesday night.

Oladipo had nine points in his first game back since suffering a season-ending knee injury last January. T.J. Warren had 25 points to lead the Pacers, who have won eight of their last 10. Brogdon also had eight rebounds and nine assists.

Chandler Hutchinson finished with a career-high 21 points, while Zach LaVine added 20 for Chicago, which lost its eighth straight in the series.

Clearly, Oladipo was rusty. He was 2 of 8 from the field and 1 of 7 on 3s in 21 minutes. He had two rebounds, four assists and two turnovers.

Irving didn't play Sunday at New York after learning of Kobe Bryant's death, and Dinwiddie, a Los Angeles native, was in tears after the game talking about what the Lakers star meant to him.

Dinwiddie changed his number from No. 8, one of the numbers Bryant wore, to No. 26.

Reggie Jackson scored 23 points during one the best games of his injury-plagued season and Derrick Rose had 22 for the Pistons, who have lost four straight.

The Nets left two seats open with flowers on them at Barclays Center in honor of Bryant and his 13-year-old daughter Gianna, who were among the nine people killed in a helicopter crash Sunday. The pair sat in those seats near Brooklyn's bench for a Dec. 21 game against Atlanta. Gianna was a fan of the Hawks' Trae Young.

Tempers flared with 48 seconds left in regulation when Knicks guard Elfrid Payton knocked Memphis’ Jae Crowder into the first row after Crowder attempted a 3-pointer following the steal of an errant inbound pass by Julius Randle.

Crowder and New York’s Marcus Morris Sr. were ejected for instigating the fight. Payton was assessed a flagrant 2 foul, which carried an automatic ejection.

Jonas Valenciunas had 12 points and 13 rebounds and Crowder finished with 18 points and eight assists for the Grizzlies, who have won 11 of their last 13 games.

Randle had 16 points and 15 rebounds, and Payton finished with 15 points and 11 assists for New York, which has lost seven of 10.

DeRozan was 11-for-19 shooting, surpassing 1,000 points for the 10th straight season. He had 21 points in the second half, including a pair of mid-range jumpers from the right baseline in the final 3 minutes to help seal the victory.

Patty Mills had 18 points and Dejounte Murray 16 points for the Spurs.

Schroder had 24 points and nine assists as the Thunder led the entire way and won for the sixth time in seven games. Chris Paul added nine points, 10 assists and seven rebounds, Danilo Gallinario had 19 points and Shai Gilgeous-Alexander scored 17.

Bogdan Bogdanovic scored 23 points and De’Aaron Fox had 19 for Sacramento.

Lillard scored 30-plus points for his sixth straight game, a franchise record.

CJ McCollum had 22 points and Trevor Ariza, playing in just his third game as a Blazer after a trade with Sacramento, matched his season high with 21.

Russell Westbrook led the Rockets with 39 points, extending his streak of games with 20-plus points to 21, and 10 rebounds. Harden had 18.