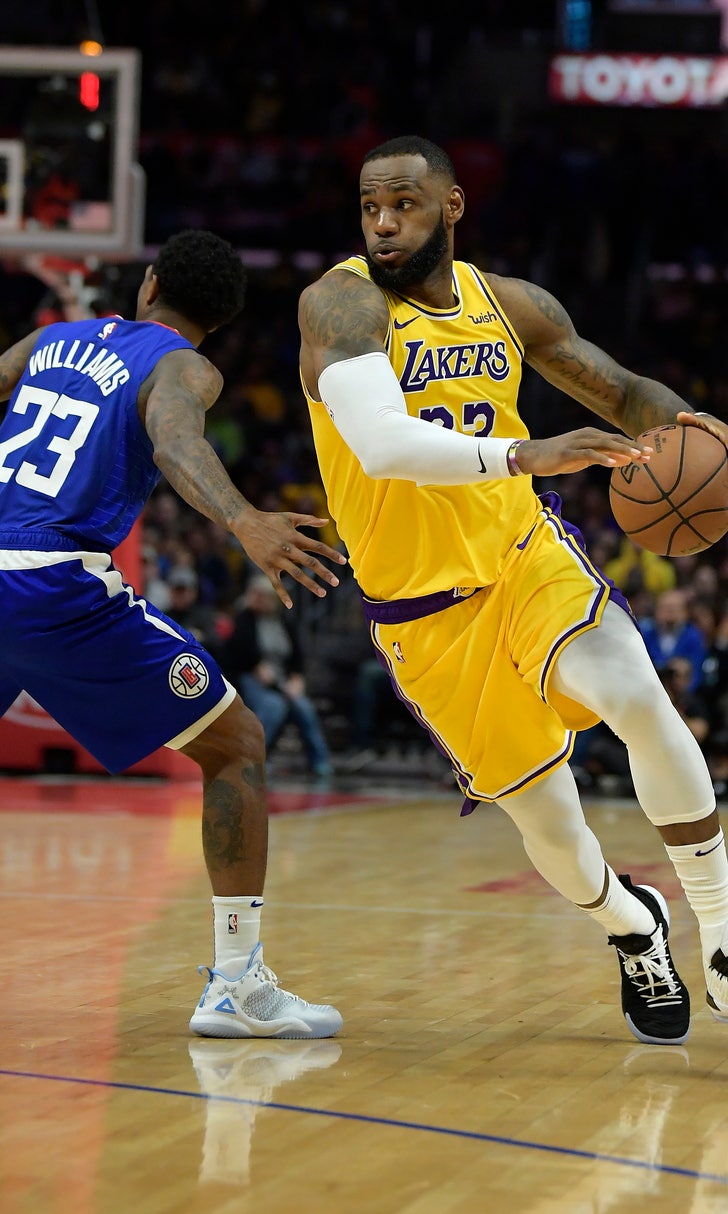 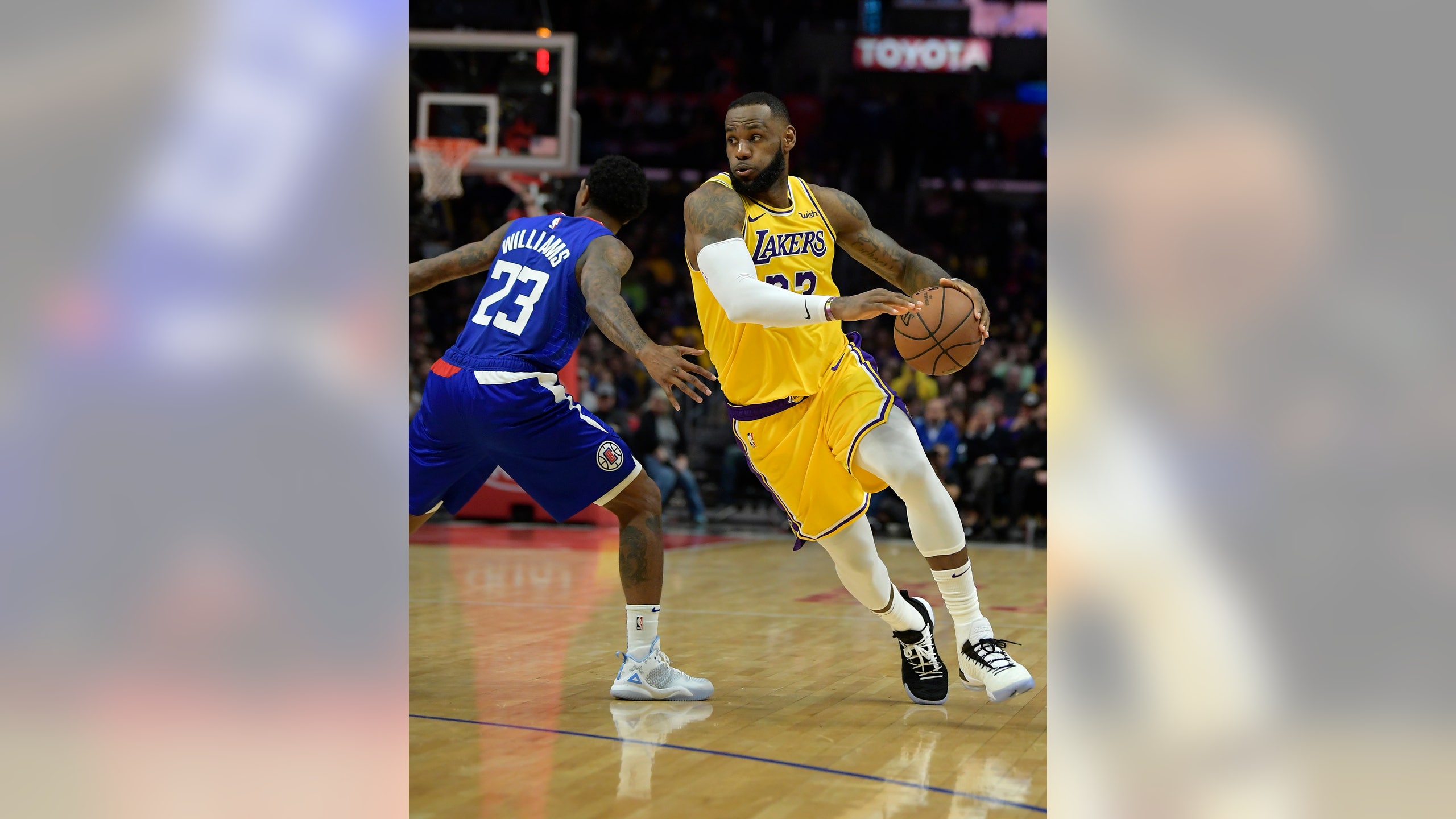 LeBron James sitting out for Lakers against Warriors

OAKLAND, Calif. (AP) — LeBron James was ruled out for the Los Angeles Lakers against the Golden State Warriors, two days after he returned from a 17-game absence with a strained left groin he hurt at Oracle Arena on Christmas night.

Coach Luke Walton made the announcement about James' "load management" some 80 minutes before Saturday night's tipoff, saying James woke up Friday "pretty sore" after playing 40 minutes in a 123-120 overtime victory over the Clippers on Thursday night in his return.

James had 24 points, 14 rebounds and nine assists in that game, when the Lakers had hoped to keep James to 32-35 minutes but needed him in overtime.

"There was no taking him out at that point," Walton said. "Who knows how sore he would have been if wasn't overtime but I'm sure he still would have been sore. He hadn't played that type of basketball in five weeks. He does a lot when he's out on the court."

Walton said by resting James it gives the 34-year-old four-time MVP a few more days to recover before the Lakers play at Indiana on Tuesday night.

"He hadn't been able to play a lot of basketball prior to that. We've got a couple days until our next game, so just load management," Walton said. "He was going to come here and kind of feel, get a workout in and see how he felt before making a final decision."

James is averaging 27.2 points, 8.5 rebounds and 7.2 assists. Walton said there may be other times James could need days off for his body to recover.

"It's a possibility but a lot of it will be dependent on how he's feeling and what the schedule is like at those times," Walton said. "Right now, it's more just him being sore after five weeks of not playing basketball. It is a few days from our last game until our next one in Indy so when me and him talked, spoke, it was 'As much as you want to play, let's make sure you're making the smart decision,' so he came over early and the decision was made."

Why Pop and Kerr Spoke Out
Gregg Popovich and Steve Kerr aren't afraid to discuss social justice. Melissa Rohlin explains their desire to speak up.
6 hours ago