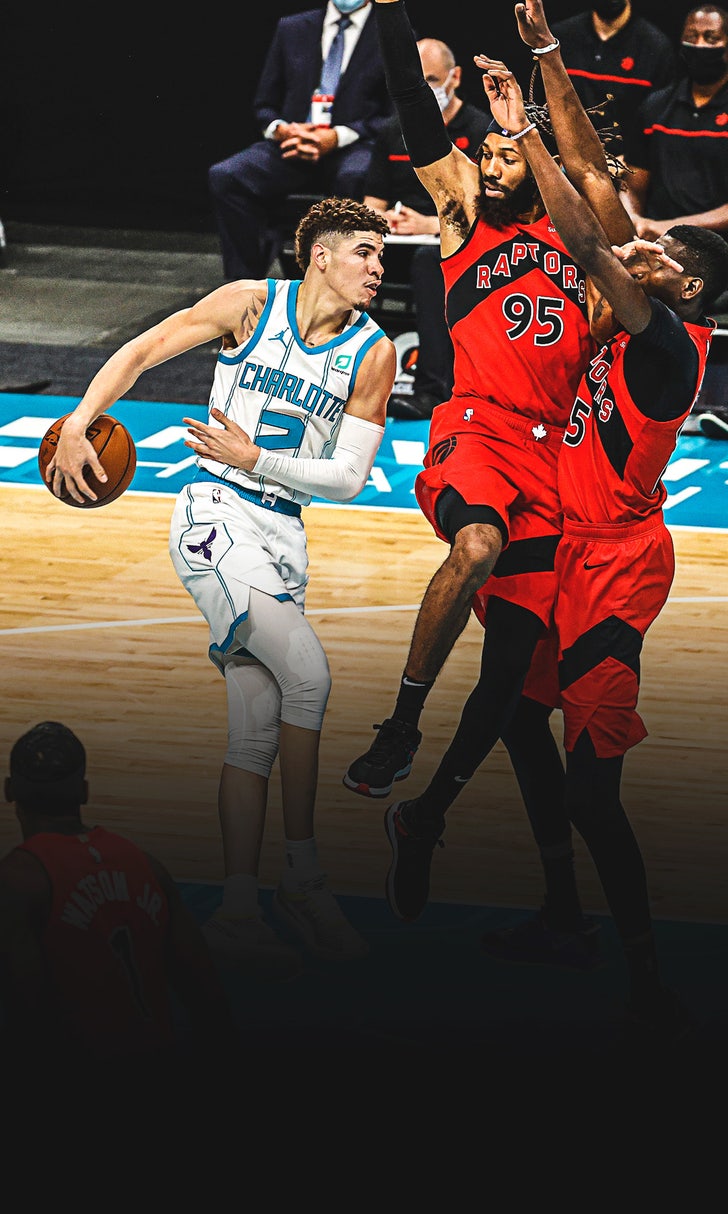 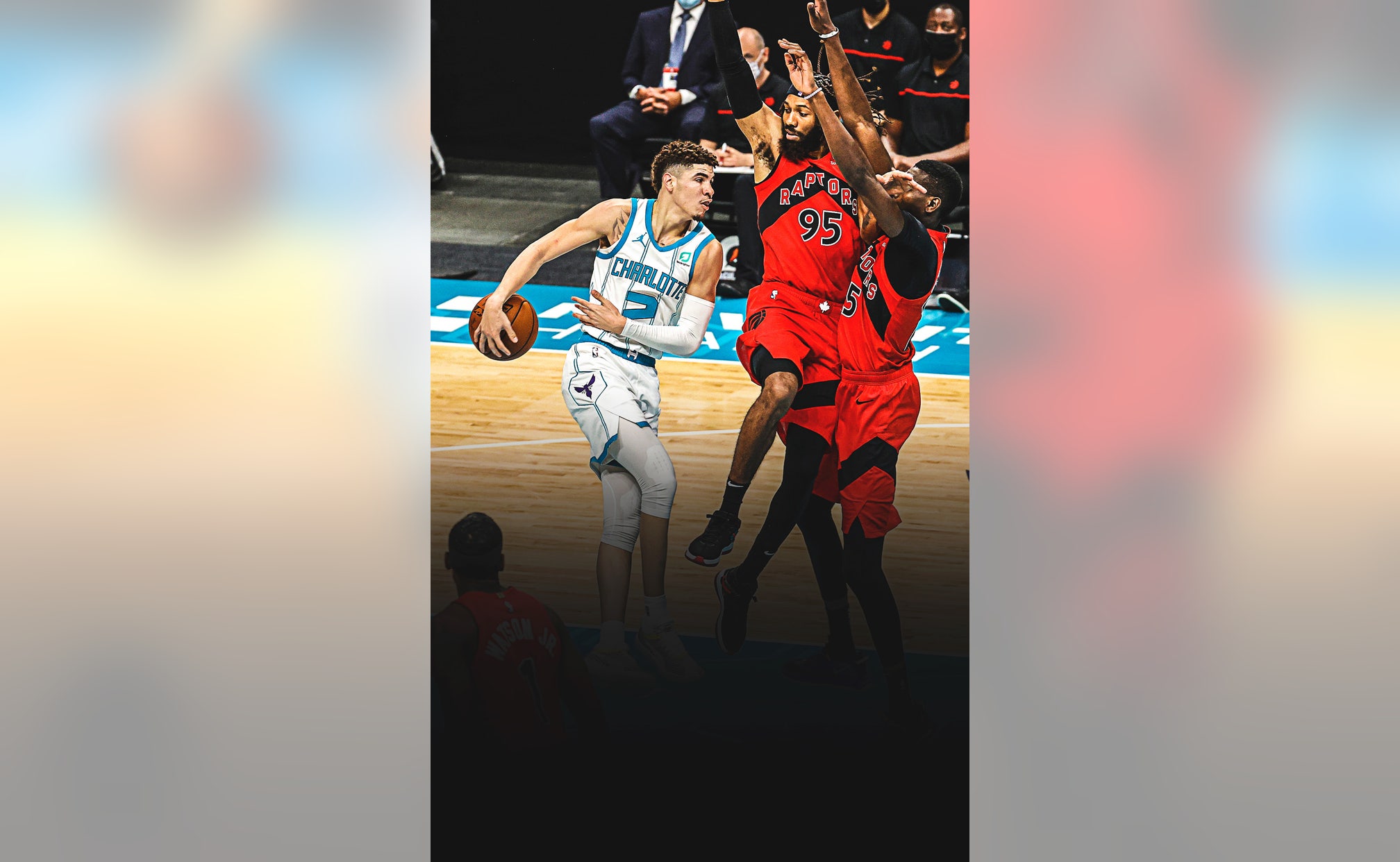 When the Charlotte Hornets drafted LaMelo Ball with the third pick in the 2020 NBA Draft, his knack for big plays and the flair in his game were big reasons why.

Both those attributes were on full display in his preseason debut against the Toronto Raptors. And if Saturday night was any indication, he is going to be must-see TV during his rookie season.

While his overall stat line might not have been impressive, with Ball shooting 0-for-5 from the field and going scoreless, the Hornets point guard managed to make an impact on the game in other ways.

Ball recorded 10 rebounds and four assists, all of which were of the highlight variety. There was that ridiculous, behind-the-back pass in transition above, as well as a heads-up, full-court, look-ahead pass that showed off Ball's court vision.

On another, Ball broke down his defender then found a teammate with a behind-the-back pass in traffic that, while not perfect, certainly got the job done.

And last but not least, LaMelo channeled a little bit of Magic with a no-look dime.

The performance from Ball was eye-catching enough that pundits, fans, and players reacted on Twitter, including NBA veteran and three-time Sixth Man of the Year Jamal Crawford.

The preseason debut wasn't flawless for the rookie guard, and it was just one preseason game. But Saturday night did seem to give a glimpse into the future for Ball and the Hornets.

And if the first glimpse was any indication, that future appears to be bright.

Get more from LaMelo Ball Add to your favorites to get information about games, news and more.
in this topic

LaVar's Last Laugh
There was a method to the madness with LaVar Ball's efforts to get his three sons to the NBA. Does he deserve the credit?
December 4, 2020

LaVar Talks His Stuff at Club Shay Shay
LaVar Ball stopped by the club to talk LaMelo being drafted, his three sons playing together, and going one-on-one with MJ.
November 24, 2020
those were the latest stories
Want to see more?
View All Stories
Fox Sports™ and © 2021 Fox Media LLC and Fox Sports Interactive Media, LLC. All rights reserved. Use of this website (including any and all parts and components) constitutes your acceptance of these Terms of Use and Updated Privacy Policy. Advertising Choices. Do Not Sell my Personal Info