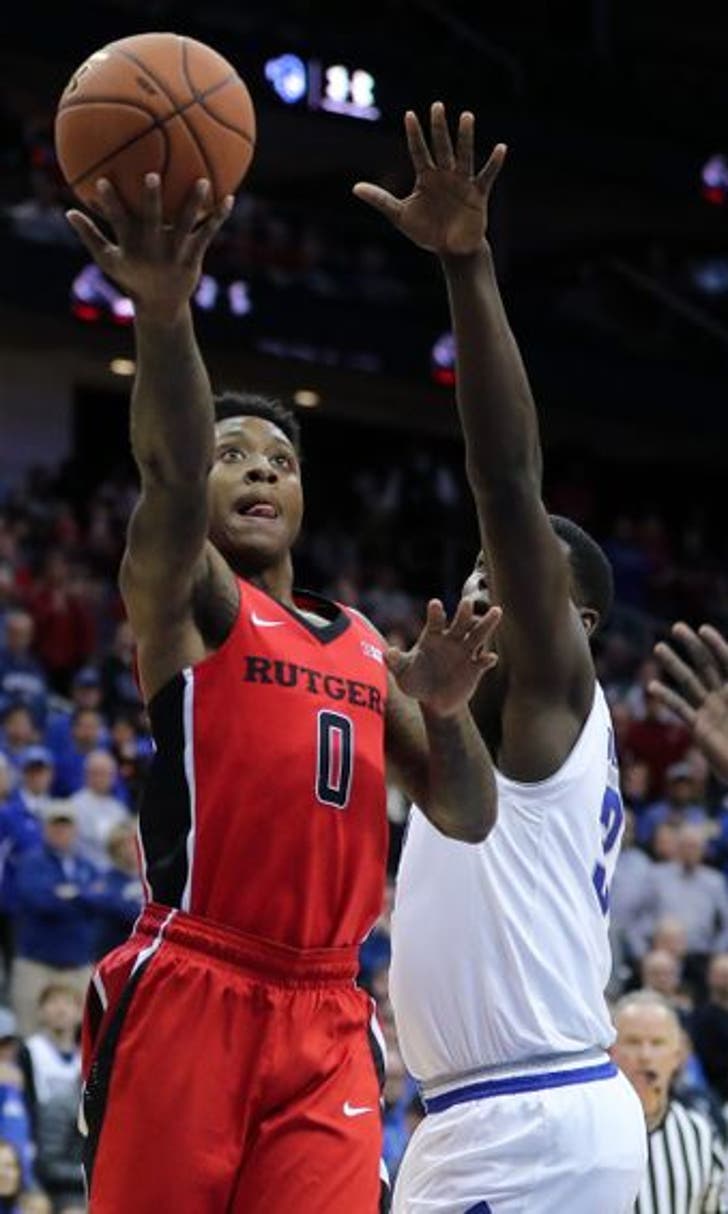 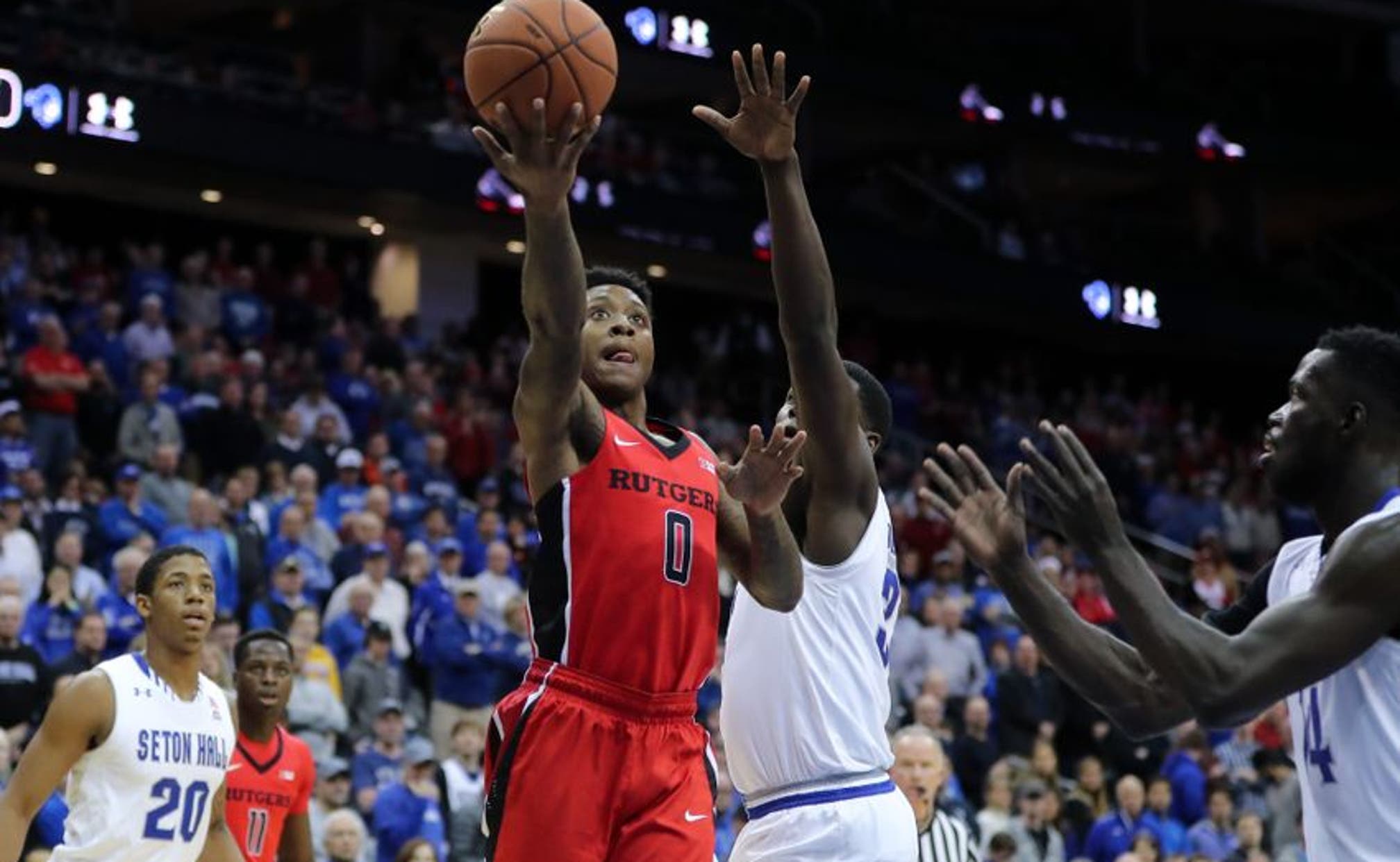 Knight And Day: The Rebirth Of Rutgers Basketball

BY Fansided and Casey Pazzalia/FanSided via Hoops Habit • December 26, 2016
share

Under the guidance of first-year head coach Steve Pikiell, Rutgers basketball is finally headed in the right direction.

Over the course of Rutgers’ first two seasons in the Big Ten, the Scarlet Knights completely embarrassed themselves. A lack of talent, coupled with inept coaching, left Rutgers with no chance to compete in either year.

Eddie Jordan took over the Rutgers basketball program after the university found itself reeling from the Mike Rice scandal. Jordan was the safest candidate at the time; a Rutgers alumni who wouldn’t throw basketballs at his players.

The main problem Rutgers faced under Jordan was that he didn’t care all that much. He was lazy in recruiting (especially in New Jersey) and did the bare minimum when actually teaching the game.

In fact, Jordan may be the only Division 1 basketball coach on the planet who doesn’t see the benefits of rebounding.

Following a 29-point home loss to Seton Hall, he thought it would be a great time to proclaim his disdain for teaching rebounding.

“I told them I’m not going through rebounding drills, guys. That’s not in my package as a coach. Rebounding is about heart and nose for the ball and wanting to go get it. That’s just not me as a coach.”

Hard to believe these words came out of a head coach’s mouth, but this was the reality of Rutgers basketball circa 2015. It paints a dreary picture, but as the saying goes, it’s always darkest before the dawn.

A Basketball Renascence In New Jersey

After the 2015-16 season, Jordan promptly received his walking papers. Over the course of his Rutgers coaching career, the team went 3-33 in Big Ten conference play.

On March 19, Steve Pikiell became the 19th head coach in Rutgers basketball history. The 49-year-old Pikiell spent his entire career on the East Coast, most recently as the head coach at Stony Brook.

Pikiell led the Seawolves to four America East titles, an impressive feat based on the fact that the program had zero before Pikiell arrived.

In hiring Pikiell, Rutgers got a guy who knew the recruiting territory and was familiar with rebuilding projects.

Coming into the year, Rutgers did have a solid core of returning players. Corey Sanders, Mike Williams, and Deshawn Freeman all averaged double figures in 2015-16, while Kansas State transfer Nigel Johnson would become eligible for 2016-17.

In addition, Pikiell was able to add to the Rutgers core group by luring seven foot graduate-transfer C.J Gettys from UNCW.

With the Scarlet Knights third season in the Big Ten ready to begin, as did the preseason rankings. Ken Pomeroy, an advanced statistic analyst, had Rutgers rated last in the Big Ten and No. 191 out of 351 total Division 1 teams.

The Knights were a full 93 spots behind the next Big Ten team (Penn State at No. 98), further illustrating the gap between them and their conference foes.

Judging by the ratings, it’s safe to say that expectations weren’t very high for the 2016-17 season. A last place finish seemed certain and Rutgers would go on as the Big Ten’s doormat.

As the season began to unfold, it became obvious that Pikiell’s team had totally bought into his vision.

Thirteen games into the year, Rutgers has not only proved their critics wrong, but re-energized a deprived fanbase.

So far, it hasn’t only been the impressive record that has the Scarlet Knight faithful revitalized (although it does help). Surprisingly, it’s the collective effort this team puts forth. Bringing a brand of basketball to Piscataway that was sorely missed in recent years.

The Scarlet Knights absolutely get after it, both on defense and on the glass. Coming into the year, Pikiell made these his focal points. In an interview with coach Max Sass, he singled them out, saying:

“We’re going to defend and rebound….I think that formula will work.”

His team received the message.

Last year, they allowed an astronomical 81 points per game as a team. Through 13 games under Pikiell, they cut that number by almost 20 points to 62.2 per game. The improved defensive statistic is good for third in the conference, as well as 23rd in the nation.

In terms of rebounding, Rutgers has been equally impressive. The program ranks seventh in the nation with 43.8 total rebounds per game, also drastically improved from last year’s average (34.5).

Although the Scarlet Knights haven’t played a great non-conference schedule, the team has shown they can compete against top competition.

In their Dec. 23 rivalry game against Seton Hall (10-2), Rutgers held the Pirates to only 23 points in the first half. Following the great start, the Scarlet Knights let the game slip away late in the second half.

Despite the losing effort, their performance was extremely encouraging. Playing in front of a sold-out Prudential Center crowd, the Knights proved they could handle a hostile environment.

It must be noted that Rutgers lost 72-61, but the lead was inflated by foul shots at the end. To give you an idea of how much this team has improved over the previous era; the Scarlet Knights had lost by a combined 56 points in the last two years versus Seton Hall.

With conference play set to start this coming week, Rutgers finally looks like they belong in the Big Ten. The conference is extremely deep, but the Scarlet Knights can beat anyone given the right situation.

With a strong performance in conference, they could win 20 games for the first time in a decade.

May We Have This Dance?

Landing in the NCAA Tournament is the team’s ultimate goal, but they’re not there…yet.

Rutgers would need to dominate the Big Ten schedule in order to punch a ticket to the “Big Dance”. Right now, that’s just too much to ask out of a team in the rebuilding process. On the bright side, The Scarlet Knights could earn a bid into the NIT.

With the latter half of the tournament right in their backyard at Madison Square Garden, it would be nice to see them make a run at an NIT championship.

Rutgers doesn’t have all the pieces they need to be a true contender right now. With a strong core, they need two or three more quality players moving forward. Luckily, Steve Pikiell is a strong recruiter and will be able to sign better players now that the team is winning.

It usually takes three years for a coach to overhaul a team and get all of “his” guys in the program.

Steve Pikiell has Rutgers way ahead of schedule. If they keep playing with the same intensity, an NCAA Tournament bid will also come sooner than expected.