previous story
Two-piece uniforms approved for US high school wrestlers
next story
The Clippers don't need a rebuild, but they do need to make one big change

CLEVELAND (AP) LeBron James dazzled with soaring dunks, outside shots and even a beer chaser in Game 1.

And he did it all - 35 points, 10 rebounds, four assists and an amusing sideline exchange with the ''beer lady''- at the expense of the Raptors, who may have been guilty of admiring the latest royal performance by Cleveland's hoops king.

Toronto coach Dwane Casey has seen this happen before - with Michael Jordan.

A day after the Raptors fell into a familiar postseason hole with a 116-105 loss in the opener of the Eastern Conference semifinals, Casey was asked Tuesday if his players might be awed by James, the Jordan of this generation on a mission to make his seventh straight NBA Finals.

As an assistant coach with Seattle, Casey recalled urging his players not to bow to His Airness.

''We used to have to tell Gary Payton and those guys, `Hey, he puts his pants on one leg (at a time),''' Casey said before the Raptors practiced inside an empty and quiet Quicken Loans Arena in anticipation of Game 2 on Wednesday. ''I think that's natural. It's human nature to watch a Michael Jordan or a Karl Malone, spectate until they hit you in the mouth.

''When a guy hits you in the mouth a few times - now what are you going to do? That's the mentality we have to have, they punched us.''

The Cavs landed a vicious uppercut in Game 1, knocking back the Raptors, who lost their 10th straight series opener and are again facing an uphill postseason climb.

But Toronto has shown it can take a big shot and deliver one. A year ago, the Raptors were blown out in the first two games of the Eastern Conference finals by Cleveland before winning two straight at home. And while they were eventually eliminated in six games, the Raptors don't feel nearly as groggy as they did in 2016.

''The way we lost last year, it hit a lot harder,'' said All-Star forward DeMar DeRozan, who scored 19 points while fighting off continuous traps in the opener. ''This time around, we have kind of that confidence and understanding of how to get back on our feet. We've been here before and we know what it takes, especially after Game 1, being down with our foot in a hole, so we've got to go out there and leave it out there.''

It starts with figuring out a way to slow down James.

James nearly averaged a triple-double in the opening round against Indiana, and then reminded the Raptors that it's his crown and he's not giving it up easily.

The 32-year-old, with no visible signs of decline in his game, set the tone early on Monday by grabbing a pass off the backboard from Kyrie Irving - ''I told him to throw it to the sky'' - and dunking it left-handed. Later, he playfully grabbed a beer bottle from a courtside server and considered taking a swig before handing it back.

It was all so sensational, so amusing. To everyone, that is, but the Raptors.

James isn't the first superstar Casey has crossed paths with as a coach. Since breaking in as an assistant with the SuperSonics in 1994, he's dealt with his share of marquee players.

''I've coached against the Magics (Johnson), the Jordans, all those guys are freaks of nature,'' said Casey, who could go with a smaller lineup in Game 2. ''This guy is no different but, it's a team game. There's some other things you can do to help against him, but he does some things extraordinary and that means we have to do our job extraordinary - anticipation, help, double-team, help, whatever it is to minimize or negate a little bit of that.

''You're not going to stop a guy like that, he's got buddies out there and he's a great passer but our anticipation, our level of force has another gear to go to that we didn't display last night.''

The Lakers Are Owning The NBA Offseason
The Lakers didn’t wait until Black Friday to get their hands on some of the juiciest bargains of the year, Martin Rogers writes.
6 days ago 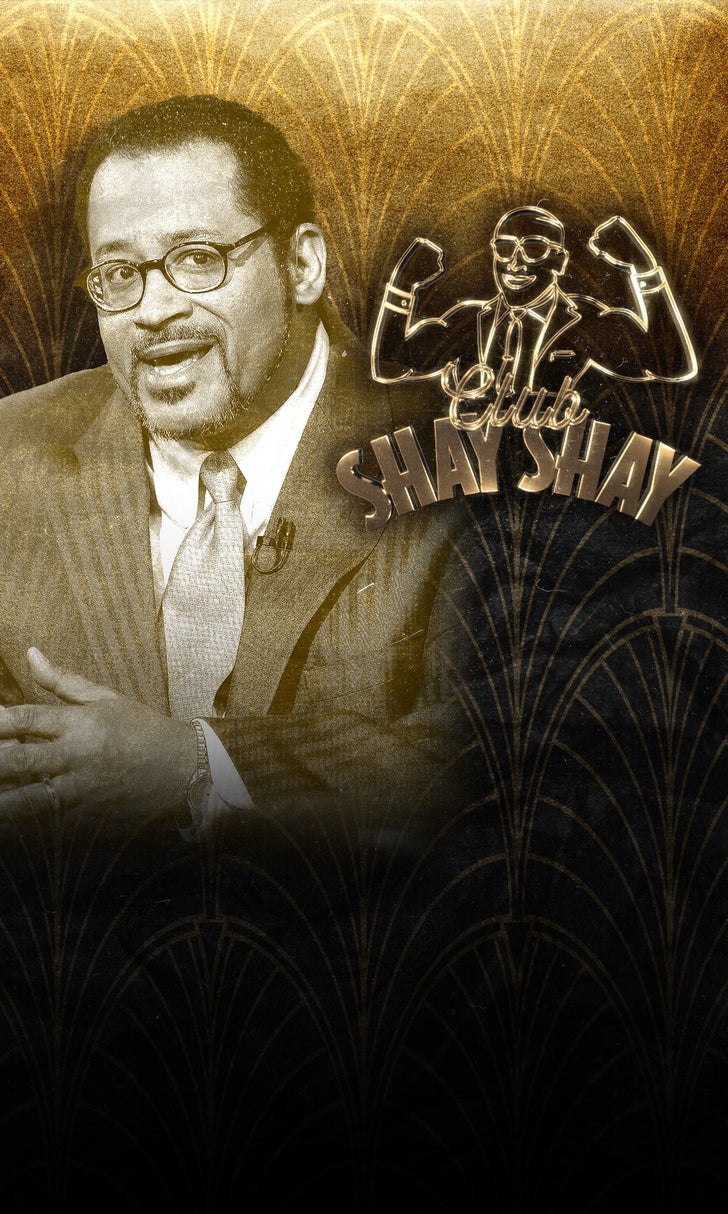 T.I. Joins the Undisputed Desk
Grammy-winning hip hop artist T.I. joined Skip and Shannon to discuss The King vs. MJ, and of course, Magic City's wings.
October 23
those were the latest stories
Want to see more?
View All Stories
Fox Sports™ and © 2020 Fox Media LLC and Fox Sports Interactive Media, LLC. All rights reserved. Use of this website (including any and all parts and components) constitutes your acceptance of these Terms of Use and Updated Privacy Policy. Advertising Choices. Do Not Sell my Personal Info