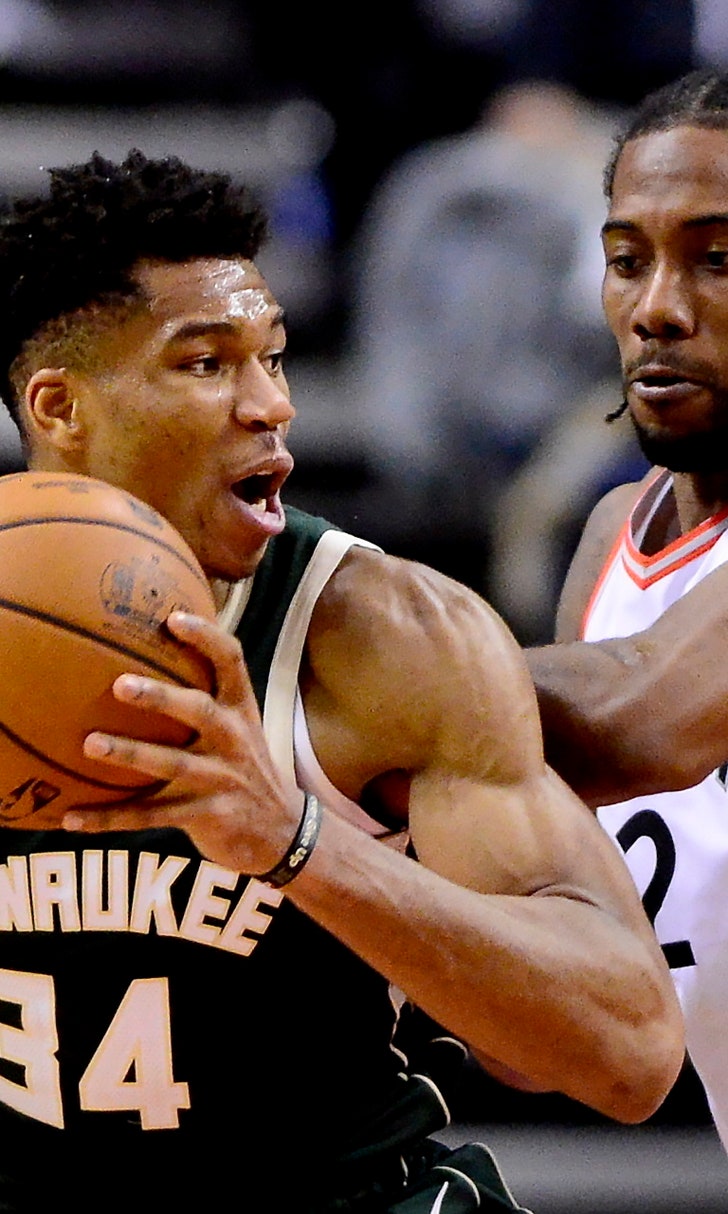 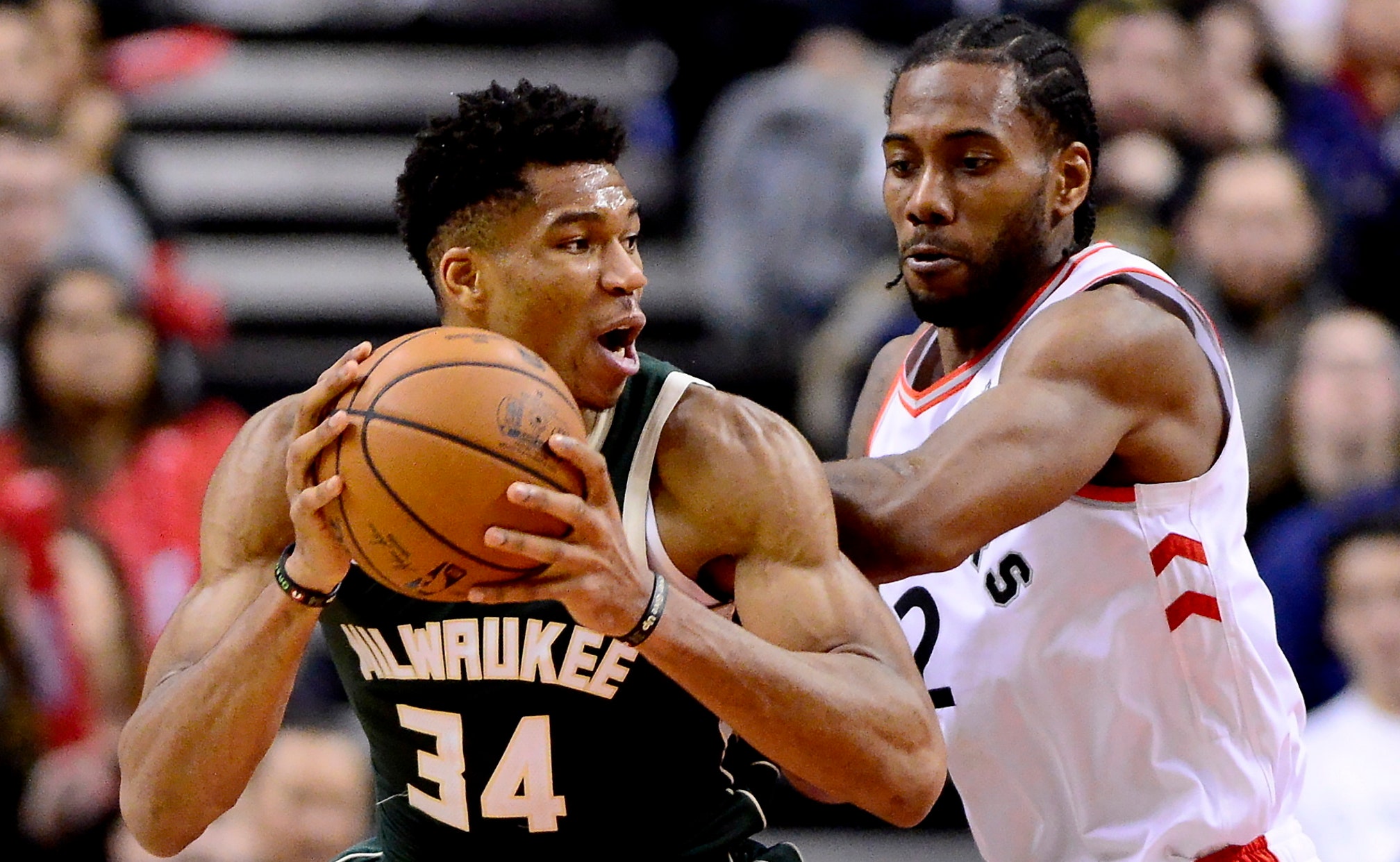 East features MVP candidates even with LeBron in the West

With eight shopping days to Christmas, the NBA's decision to have Milwaukee's Giannis Antetokounmpo and Philadelphia's Joel Embiid in its holiday lineup is more than just sides in another hoop smorgasbord.

It puts the spotlight on — and raises a question — about the MVP race, as in, who in the Eastern Conference is a legitimate contender. It's a question because the last East MVP, LeBron James going on six years ago, has moved West.

Of course, the conversation has to include the biggest name to go the opposite direction this past offseason: Toronto's Kawhi Leonard, who forced his way out of San Antonio in a trade after missing most of last season with a mysterious leg injury.

"We missed Kawhi last year and the people that coached against him didn't for a reason," said Pierce, who was an assistant with the 76ers for Embiid's first two seasons. "He's a dominant two-way player. Antetokounmpo is unbelievable and his growth continues to rise every game, every year."

The "Greek Freak" opens the Christmas lineup a week from Tuesday with a visit to Madison Square Garden to face the Knicks, and Embiid will play at East rival Boston. Leonard and the Raptors don't play Dec. 25.

The 7-foot Embiid is sixth in scoring, third in rebounding and eighth in blocks with the Sixers sitting fourth in the East going into Sunday's games. Another West star, New Orleans' Anthony Davis, is the other player in the top eight in those three categories.

"It's a little tougher for those big guys to get in the mix, but I think Joel, he'll make his mark," Pierce said. "He's got to be if not an MVP, a defensive player of the year candidate, first-team all-defensive player this year."

If Antetokounmpo can get his 26.6-point scoring average back to 27, he has a chance to be the first to average that many points along with at least 13 rebounds and six assists per game. The Bucks star is eighth in scoring and fifth in rebounding.

Leonard has missed games with foot and hip injuries, along with the occasional rest on the second night of a back-to-back after missing all but nine games of his final season with the Spurs because of the leg injury.

"Khawi is certainly an MVP-caliber player and I keep saying that because of how good he is at the defensive end makes him one of the most interesting candidates," Raptors coach Nick Nurse said. "His dominance at times on that end of the floor, along with dropping in 25-30 points, makes him a two-way interesting candidate."

Widely considered the preseason favorites in the East, the Celtics are finally playing like it. Boston won eight straight games before a loss to Detroit to surge to fifth in the East, even in the loss column with fourth-place Philadelphia.

Jayson Tatum shot better than 50 percent during the winning streak while scoring almost 18 points per game. Terry Rozier scored in double figures off the bench in six of the first seven games during the streak.

Memphis at Golden State, Monday: Mike Conley is having quite a bounce-back season for the surprising Grizzlies, averaging 20.4 points and 6.8 assists per game. Stephen Curry and the Warriors are 8-3 since a four-game winning streak that was the longest of Curry-Klay Thompson-Draymond Green era. Memphis lost 117-101 at Golden State in early November.

Houston at Miami, Thursday: Justise Winslow's scoring average is up significantly for Miami in recent games as the Houston native gets ready for his first meeting this season against the team he rooted for growing up. Father Rickie Winslow was Phi Slamma Jamma teammates with Hakeem Olajuwon at the University of Houston in the 1980s. James Harden and the Rockets are trying to get back over .500 to stay following a slow start coming off a trip to the Western Conference finals.

Dallas at LA Clippers: DeAndre Jordan visits the Clippers for the first time since signing with the Mavericks after opting out of the final season of the four-year contract he signed when he backed out on a pledge to sign with Dallas in free agency in the summer of 2015. The 6-foot-11 center had a season-high 23 rebounds and 16 points in a win in Dallas in his first game against his former team. Jordan was drafted by the Clippers and spent 10 seasons in LA.

Milwaukee at Boston, Friday: The Celtics get another look at a team that didn't figure to be one of their primary challengers in pursuit of the East title. Malcolm Brogdon of the Bucks is the only player besides Curry shooting at least 50 percent from the field, 40 percent from 3-point range and 90 percent on free throws. Boston made a club record 24 3s, one shy of the NBA record, in a 117-113 win in the first meeting.