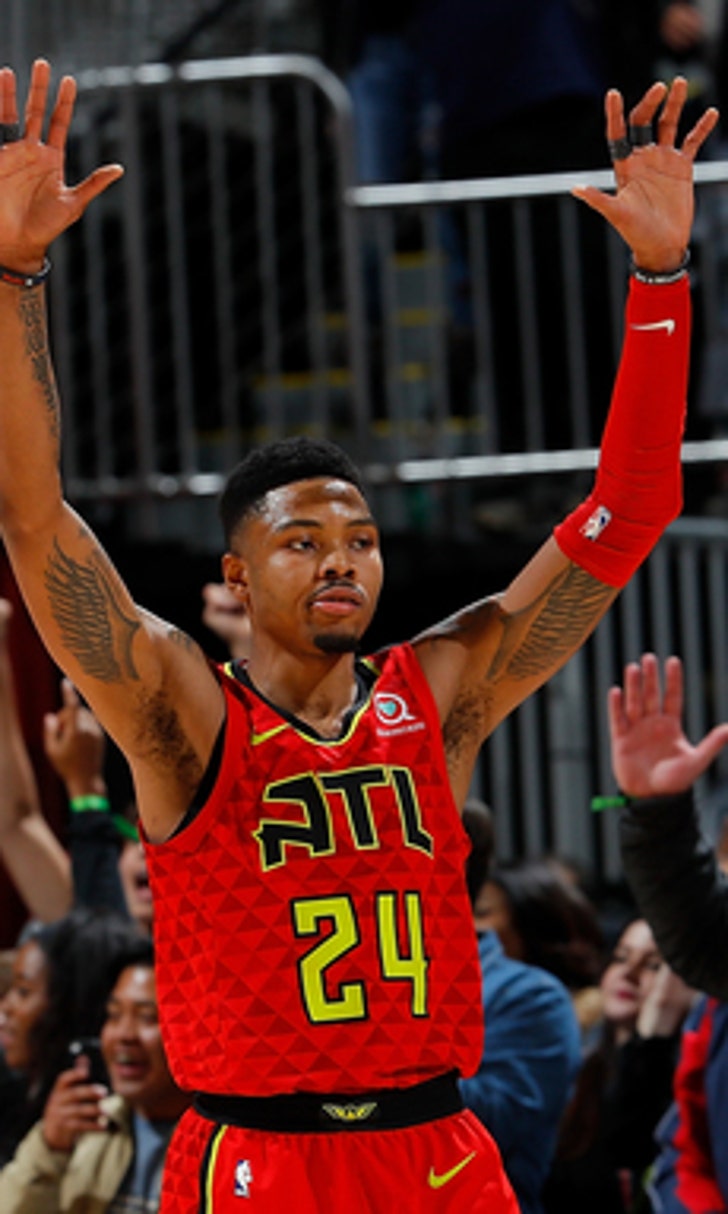 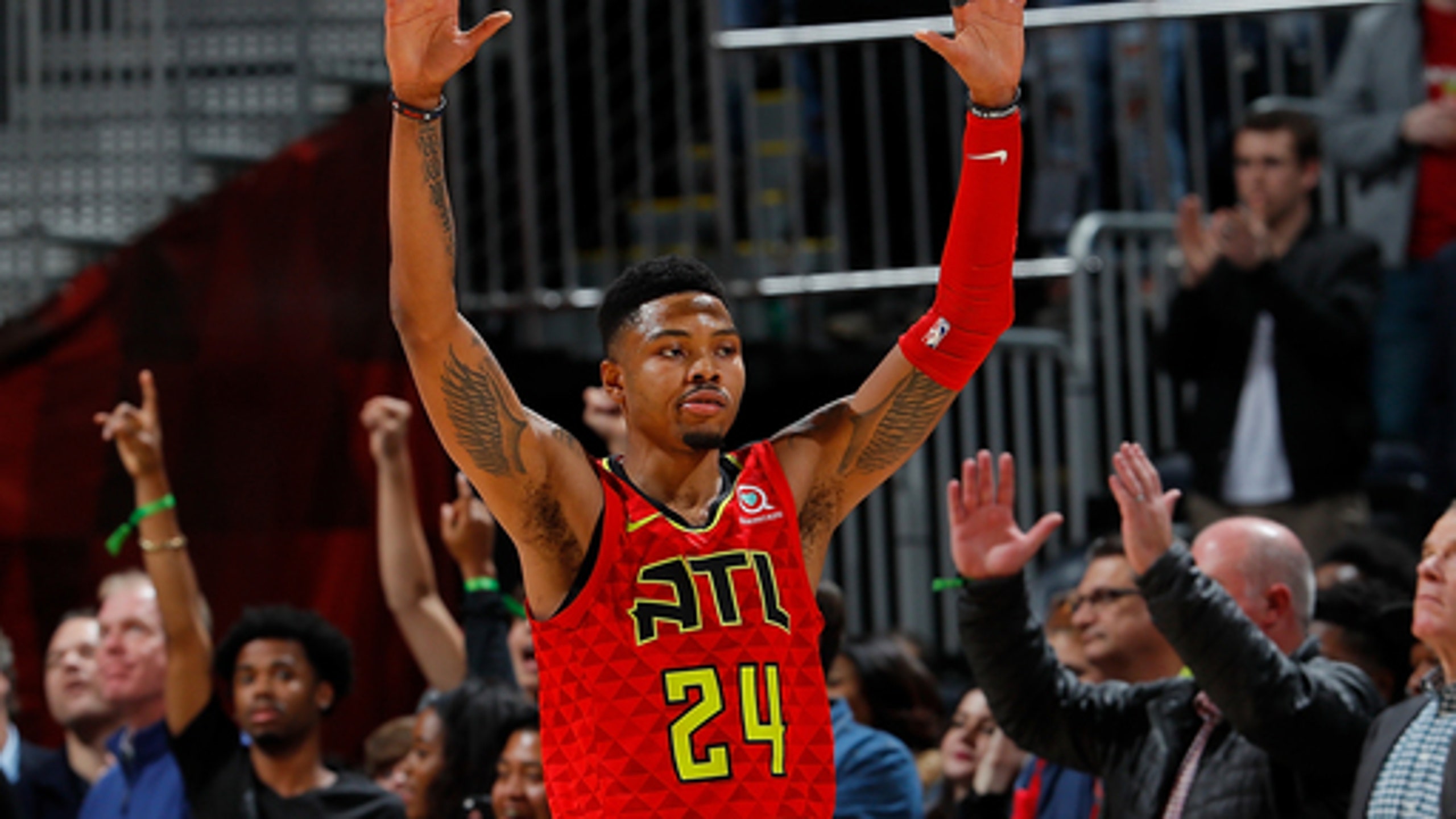 ATLANTA (AP) Kent Bazemore's favorite play, a chase-down blocked shot, was even sweeter when the defensive gem followed his biggest shot of the game.

Bazemore scored 22 points, including a tiebreaking 3-pointer with 2:09 remaining, and the Atlanta Hawks rallied after trailing by 11 in the third quarter to beat the Minnesota Timberwolves 105-100 on Monday night.

The clutch 3 by Bazemore gave the Hawks a 99-96 lead they did not relinquish. The margin was only one when Bazemore chased down former teammate Jeff Teague for a blocked shot that stood following a replay review by officials.

''By far my favorite play in the game of basketball is the chase-down block,'' Bazemore said.

Bazemore added a layup to stretch the lead back to three. He also had a chase-down block in the first half.

A layup by Taj Gibson cut Atlanta's lead to 101-100. Following a missed short jumper by Dennis Schroder, Minnesota called timeout with 14.5 seconds remaining. Unable to make the inbounds pass, Teague was whistled for a five-second violation before trying to call a timeout.

Schroder had 18 points, including four free throws in the final 11.3 seconds.

The Hawks began the night with the NBA's worst record but have won six straight home games against teams from the Western Conference.

Jimmy Butler had 24 points and Andrew Wiggins scored 18 for Minnesota.

Butler was sharp in his second game back after missing four with right knee soreness. He went 7 for 15 from the field and made each of his nine free throws.

Minnesota appeared to be on the verge of putting the game away when it led 71-60 in the third period. Atlanta quickly trimmed the margin back to single digits.

''I felt like we could have put them away in that third quarter but we just didn't get it done,'' Gibson said. ''When you give a team like that confidence late in the game, it gets scary. They started hitting shots.''

Timberwolves: Began the night one game behind San Antonio for the No. 3 seed in the Western Conference. ... Minnesota fell to 1-7 on the road in January. .. Gibson scored 17 points and Karl-Anthony Towns had 15 points and 13 rebounds. ... Teague shot only 1 of 12 from the field for two points with 10 assists.

Hawks: Had a 46-24 advantage in bench points. ... Dewayne Dedmon, the 7-foot backup center, sank both of his 3-point attempts in the first half - one shy of his career high for a game. Dedmon had 10 points. Ersan Ilyasova also scored 10. ... The Hawks had a 44-35 advantage in rebounds, including 11 by rookie John Collins. ... Schroder had 11 assists for a double-double.

With the game tied at 90, Teague and Gibson each were called for a technical foul by official Lauren Holtkamp following Teague's offensive foul. Schroder made only one of two free throws.

''All through the game Schroder kept cursing her out,'' Gibson said. ''He kept yelling at her the whole game. All I said to her was you've got to do the same thing on both sides. You can't let him talk to you any kind of way and when Jeff says a few words to you, you blow up on us. That's bad. She just gave me a tech. I've been going through that with her over the years. She has a short whistle.''

Timberwolves coach Tom Thibodeau said: ''Sometimes we're not going to get calls on the road and we didn't. You can't react that way.''

Budenholzer was surprised when told before the game of his team's streak at home against Western Conference opponents.

''I had no idea that was the case,'' Budenholzer said. ''It'd be great to beat an Eastern Conference team, too. We play a lot more of them.''

Timberwolves: At the Toronto Raptors on Tuesday night.