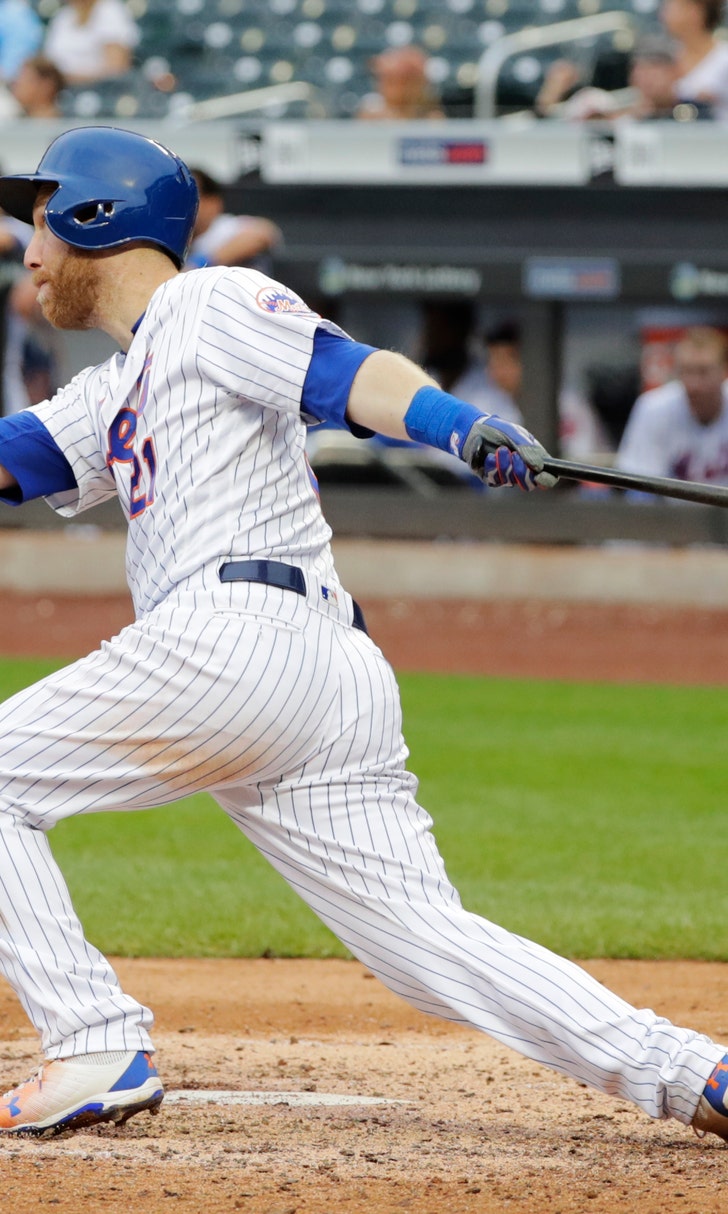 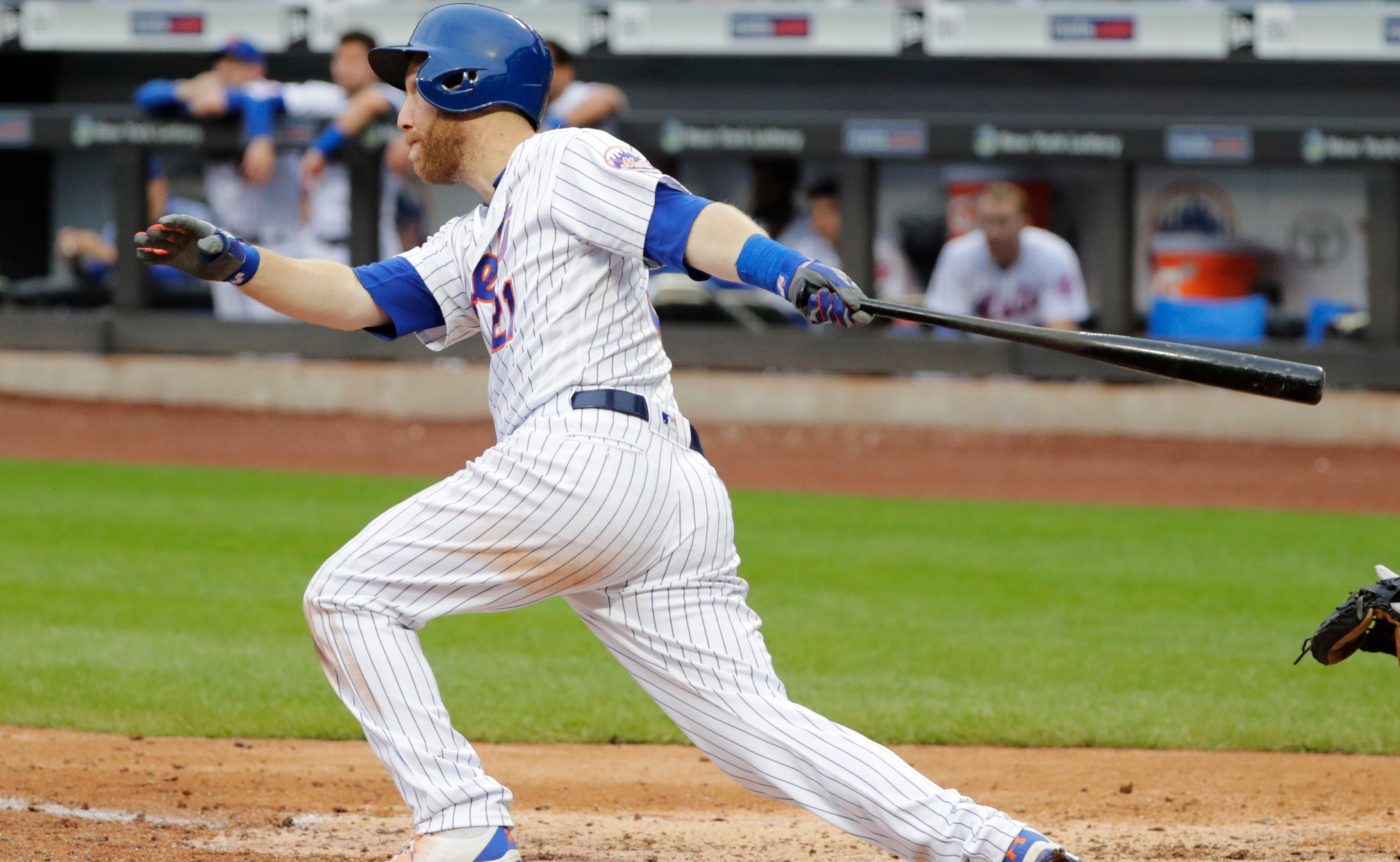 Xander Bogaerts scored the go-ahead run on an eighth-inning error after the Blue Jays rallied in the top half with two runs to tie it 3-all.

Rafael Devers also homered for the major league-leading Red Sox (101-46). They pulled 10 1/2 games ahead of the idle New York Yankees and decreased their magic number to six for clinching a third straight division crown. Boston is the only team in the majors that's already locked up a playoff berth.

Diamondbacks right-hander Clay Buchholz was scratched from the start because of tightness in his right elbow. Matt Koch (5-5) started in his place and allowed four runs on eight hits in three innings.

A.J. Pollock homered for Arizona. The Diamondbacks are 3-12 in September. They lost 5-4 on Wednesday night when DJ LeMahieu hit a two-run homer off Yoshihisa Hirano in the ninth inning.

Freeland (15-7) allowed only two hits and one run through six innings before giving up a triple to Steven Souza Jr. and a double to Nick Ahmed in the seventh.

ST. LOUIS (AP) — Manny Machado homered and drove in three runs to back Clayton Kershaw, and Los Angeles beat St. Louis in the opener of a four-game series between playoff contenders.

The Dodgers snapped a five-game losing streak against the Cardinals and moved within one game of St. Louis for the final NL wild-card spot. The Cardinals, who went 22-6 in August, lost their second straight game and fell to 5-7 in September.

Kershaw (8-5), pitching at Busch Stadium for the first time since taking the loss in Game 4 of the 2014 NL division series, struck out eight in six innings, allowing four runs — three earned — on eight hits and two walks. Austin Gomber (5-1) was the loser.

Machado went 3 for 4, and his solo homer in the seventh traveled 417 feet to center.

In the opener, Kyle Barraclough entered with one out in the ninth and retired pinch-hitter Dominic Smith before Conforto lined a 1-0 changeup into the second deck in right to tie it. Frazier then hit a 1-1 pitch to left center field for his first walk-off homer since June 2015 for Cincinnati.

Barraclough (0-6) blew a save for the seventh time in 17 opportunities. Jerry Blevins (3-2) pitched a scoreless ninth for the win.

Rookie starter Sandy Alcantara befuddled the Mets, permitting just two hits, with his only real blemish coming off the bat of the opposing pitcher. Steven Matz hit his first career homer, a two-run shot in the second inning to tie it at 2. Peter O'Brien and Isaac Galloway went deep in the top of the second against Matz.

In the second game, rookie Tomas Nido got New York on the board in the fifth with his first big league homer, a solo shot off Jeff Brigham (0-2). Vargas (6-9) allowed two runs on three hits, and Robert Gsellman worked around a two-out walk in the ninth for his 11th save.

WASHINGTON (AP) — Javier Baez drove in the go ahead run with a bunt single in the 10th inning, and Chicago beat Washington in a makeup of a game postponed earlier in the week.

Kris Bryant doubled with one out in the 10th against Sean Doolittle (3-3) and moved to third on ex-National Daniel Murphy's infield single. Baez, who homered in the sixth and drove in three on the day, bunted just to the right of first baseman Ryan Zimmerman to score Bryant.

Chicago stretched its lead in the NL Central to 1 1/2 games over idle Milwaukee.

Pedro Strop (6-1) pitched 1 2/3 scoreless innings for Chicago, and Randy Rosario worked the 10th for his first career save. Spencer Kieboom homered for the Nationals.

Stephen Piscotty homered for the A's. They fell 3 1/2 games behind first-place Houston in the AL West and 1 1/2 back of the Yankees for the top wild-card slot.

Oakland activated lefty Brett Anderson from the 10-day disabled list to make his 14th start of the season. In his return from a forearm injury, Anderson (3-5) allowed four runs and didn't make it out of the fourth inning. Bundy (8-14) gave up two runs and six hits to earn his first win since July 29.

Though he yielded his major league-high 38th home run, Bundy was good enough to help Baltimore snap a six-game skid and avoid being swept for the 22nd time.

Mychal Givens finished for his seventh save.

The Royals were hitless until Hunter Dozier greeted Alan Busenitz, the Twins' third pitcher in the game, with a leadoff double to left field in the sixth.

Perez followed with a 420-foot drive to left field to put the Royals ahead 3-2, and then Bonifacio hit one into the Twins' bullpen off Busenitz (4-1), who didn't record an out. Adalberto Mondesi added an RBI single as the Royals sent 10 batters to the plate.

Fillmyer (3-1) worked 7 1/3 innings, allowing four runs on five hits and matching his career high with six strikeouts. He left in the eighth with runners on the corners, both of whom eventually scored against relievers Brian Flynn and Brandon Maurer.

Jerry Vasto got the last out in the eighth, and Wily Peralta worked a perfect ninth for his 11th save in 11 opportunities.

Cruz's three-run shot to center field in the fourth was his eighth homer this season against the Angels, the most a player has had in one year against the franchise, according to Baseball-Reference.

Leake (10-9) threw a season-high 114 pitches (80 strikes), allowing one run and four hits with a walk and five strikeouts. His only costly mistake came in the seventh when Justin Upton homered.

After going 0-5 in July and August, Leake has won two straight starts for the first time since June 12.