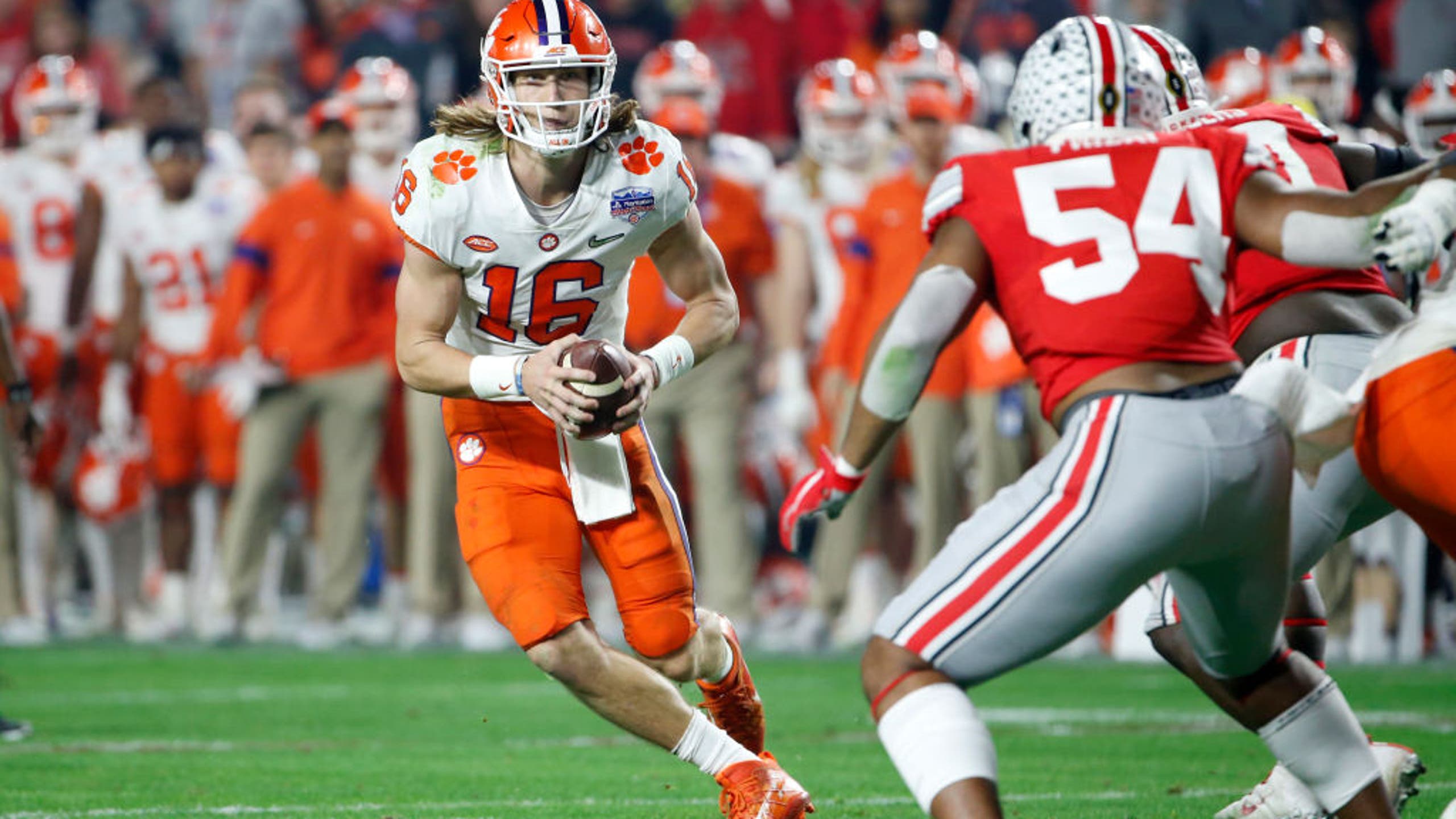 The 2020 college football season has been disjointed and frustrating — but this weekend represents a true nirvana for college fans.

From intriguing matchups in the two national semifinals to potential plot twists in other bowl games, here are seven important storylines that I'll be watching:

IT'S GETTING CHIPPY OUT THERE

Is Ohio State vs. Clemson a full-fledged rivalry?

"Not to me, to be honest," Clemson wide receiver Amari Rodgers said. "It feels nothing like the South Carolina rivalry and any other games that we may see as a rivalry. I feel like they have more beef with us than we have with them." 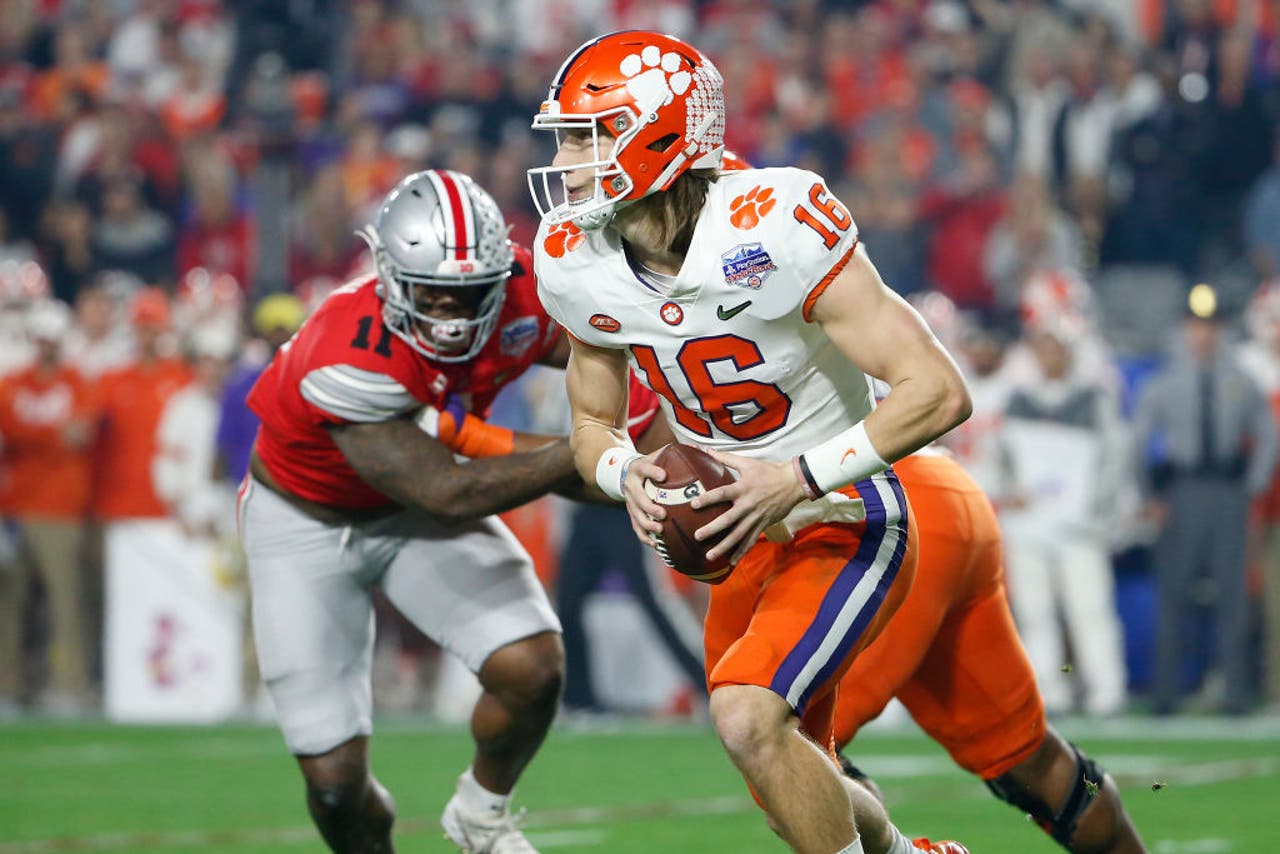 Clemson has never lost to Ohio State, and Heisman finalist Trevor Lawrence will try to keep it that way Friday in the Sugar Bowl.

In the four meetings leading up to Friday’s Sugar Bowl showdown (8 p.m. ET, ESPN), No. 2 Clemson has never lost to the third-ranked Buckeyes.

With Tigers coach Dabo Swinney ranking Ohio State at No. 11 in his publicly disclosed ballot in the coaches poll, the Buckeyes have perceived disrespect. That should ratchet up the intensity for a rematch of the 2019 Fiesta Bowl.

With the matchup featuring two quarterbacks almost certain to be first round NFL Draft picks in 2021 in Ohio State’s Justin Fields and Clemson’s Trevor Lawrence, I’ll be watch to see how chippy this game becomes.

The Buckeyes campaigned to play this season months ago expressly because they believed they have a national championship-caliber team.

This is their opportunity to prove that against a Clemson program that has practically rented a room in the national title game for the last half-decade with four appearances in the last five seasons.

"FREAK SHOW" IN THE ROSE BOWL

While No. 1 Alabama is the prohibitive favorite in the Rose Bowl against No. 4 Notre Dame at AT&T Stadium in Dallas (Friday, 4 p.m. ET, ESPN), the rushing attack is a focal point of the Crimson Tide’s offensive identity.

Harris, who finished fifth in the Heisman voting, might meet his match in Butkus Award winner and Notre Dame linebacker Jeremiah Owusu-Koramoah, aka "Wu."

Playing a hybrid linebacker/safety position called ROVER, Owusu-Koramoah has earned a reputation as one of the hardest hitters in the sport.

To stop Harris, he will have to play to that rep. The Tide offense has rolled like an unstoppable force and turned even the stoutest SEC defenses into movable objects.

For the Irish to have a chance to pull off the biggest upset of the Playoff era, ND will first have to prove its tough through the middle and hope its secondary, led by safety Kyle Hamilton, is up to the task of matching Smith and the Alabama receiving corps stride-for-stride in one-on-one situations.

But it all starts with the man Swinney called "a freak show," and I call the Wu Assassin.

In just 11 games, Alabama JACK linebacker Will Anderson has succeeded in putting quarterbacks in his personal pressure cooker.

The freshman has generated 52 quarterback pressures — just four fewer than Quinnen Williams in 2018 — 43 tackles and 10.5 tackles for loss for the Tide this season. All this after enrolling just last January. 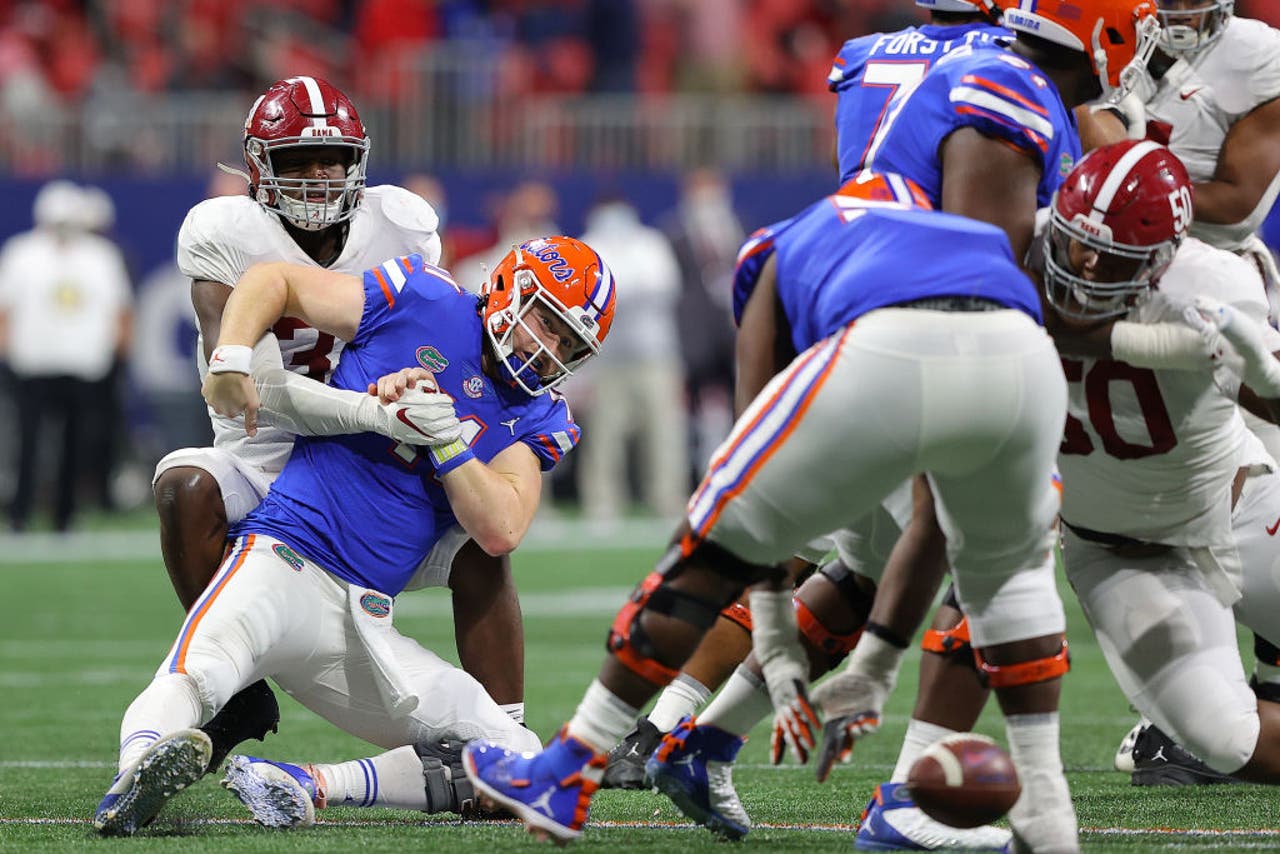 Alabama linebacker Will Anderson has terrorized opposing offenses and looked nothing like a freshman.

"I like calling him the Terminator because he’s always by the ball just destroying whoever has the ball," Jones said.

With Ian Book’s ability to move outside the pocket, it’s paramount for Anderson and the Tide front seven to get home.

A COVID-19 wrinkle has led to a coaching staff shuffle. Clemson offensive coordinator Tony Elliott will miss the Sugar Bowl due to virus protocols.

Swinney said Clemson quarterbacks coach and passing-game coordinator Brandon Streeter will move to the coaches box in Elliott’s stead, and graduate assistant C.J. Spiller will be elevated to running backs coach for the game.

While I doubt the shakeup makes much difference for Lawrence and the offense, as the junior quarterback is the best manifestation of a coach-on-the-field in 2020, how Streeter handles the play-calling rhythm and strategy is going to be interesting.

The last two Group of 5 teams to earn a trip to the Peach Bowl beat their Power 5 opponents. No. 14 Houston finished a phenomenal season with a 38-24 victory over No. 9 Florida State in 2015, and No. 10 Central Florida stunned No. 7 Auburn 34-27 to end its season undefeated and with a claim to the 2017 national championship.

The eighth-ranked Cincinnati Bearcats will prowl into the ninth-ranked Georgia Bulldogs’ backyard as touchdown underdog and with an undefeated record on New Year’s Day (noon ET, ESPN).

The Dawgs have seen a number of important players opt-out of playing in Atlanta at Mercedes-Benz Stadium, including linebacker Monty Rice and defensive back Eric Stokes.

Without Georgia missing some key pieces, the Bearcats might be able to bear down against the Dawgs.

This is as close as we’re going to get to a "glass slipper" story in the 2020 bowl season, but first we need find out if Cincy can indeed make like Ciara. Cincy, let me see you one-two step.

If the Cotton Bowl served to show how small the gap is between the Big 12’s best and the SEC’s second-best team — with Florida missing 16 players due to opt-out and COVID-19 protocol — then the 2020 Fiesta Bowl (Saturday, 4 p.m. ET, ESPN) will serve as a litmus test for which is the third-best Power 5 conference.

In 2019, Mario Cristobal’s Oregon squd had an argument for inclusion in the Playoff before losing late in the season at Arizona State en route to a Rose Bowl victory against Wisconsin.

This year, Oregon lucked into the Pac-12 title game without winning its division and decided not to look a gift horse in the mouth. The Ducks knocked off previously undefeated No. 13 USC to repeat as conference champs for the first time in nearly a decade.

With Big 12 runner-up Iowa State on deck, the pride and reputation among the two conferences is at stake.

Of the five undefeated teams entering the 2020 bowl season, none has been as unheralded as the San Jose State Spartans, and, perhaps, none has wanted to play football so badly.

Not only are the Spartans the sole undefeated team west of the Mississippi, they have decisively won all seven games they’ve played, including a Mountain West Championship victory over Boise State, by a difference of more than two touchdowns.

As the No. 23 team in the country, the Spartans have an uphill battle to earn any claim to a national title by any one of the NCAA-designated FBS selectors for national champions. Beating MAC Champ Ball State in the Arizona Bowl might help the argument.

However, this wouldn’t be the first time the Cardinals have knocked off an undefeated team favored to beat them. Led by Co-MAC Defensive Player of the Year Brandon Martin, Ball State smacked 5-0 Buffalo 38-28 to earn its trip to the Arizona Bowl.

A win for SJSU would not only finish an undefeated season but would add more kindling to the growing fire to expand the College Football Playoff to include 16 teams.

Not because they can win, but because they deserve to find out how good they really are. Not according to a committee filled with suits in a resort hotel in Texas, but up on the true arbiter of winners and losers — the scoreboard.

The Spartans are beckoning. Come and take it.

NFL Mock Draft 6.0
With the Super Bowl fast approaching and the combine next on the NFL calendar, check out Jason McIntyre's latest Mock Draft.
11 hours ago