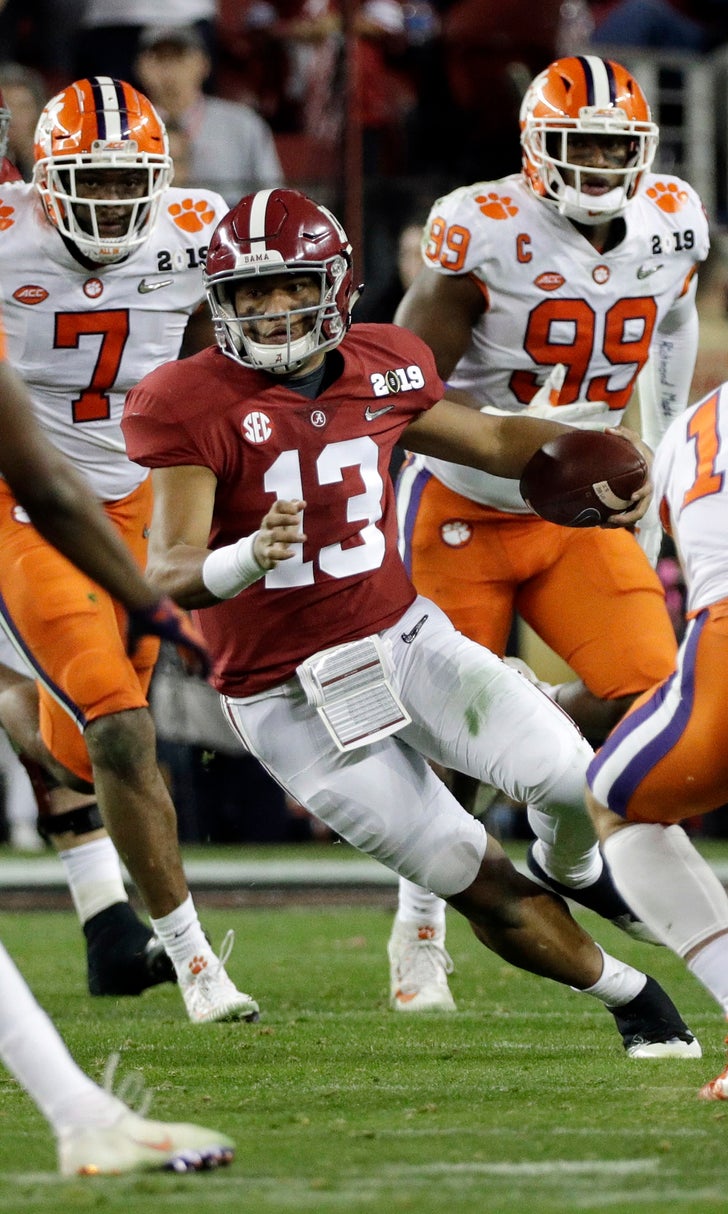 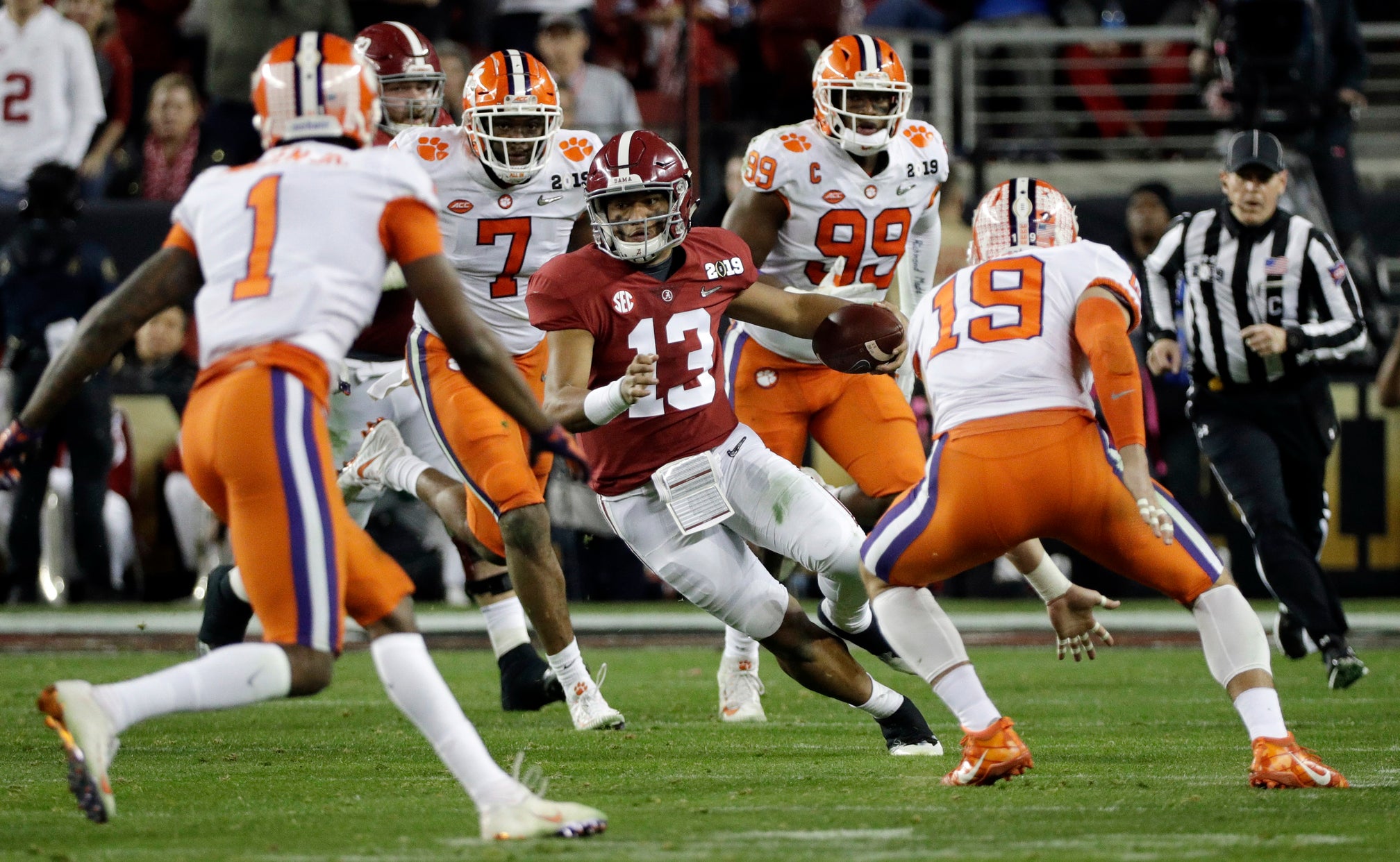 Ruggs: Tide aiming to be 'just like any other Alabama team'

TUSCALOOSA, Ala. (AP) — Whatever happened last season, the expectations remain the same at Alabama for fans, coaches and players alike.

"Just showing we can be just like any other Alabama team," wide receiver Henry Ruggs III said Monday. "I mean, that is the goal, to go 15-0. The goal is to win a national championship, but our main goal is to play relentless and make opponents fear this team."

The second-ranked Crimson Tide opens Saturday against Duke in Atlanta with the same ambition as ever, but also a sour taste from that national title game loss to Clemson . Perfection is no small feat, after all.

Alabama is favored by nearly five touchdowns in this game and will almost certainly be a sizable favorite for at least its first five games before visiting No. 12 Texas A&M.

But there are always areas of uncertainty, if not outright concern. Especially for a team that lost seven underclassmen to the NFL draft, had a couple of significant injuries in preseason camp and goes into the season with two freshmen starting in the middle of the defense.

Nose guard D.J. Dale is set to replace No. 3 draft pick Quinnen Williams. Christian Harris has claimed the starting spot at inside linebacker with Joshua McMillon out indefinitely with a knee injury.

Highly touted tailback recruit Trey Sanders had foot surgery and might be out for the season.

The offensive line, according to the depth chart released Monday, has three positions still up for grabs and freshman Evan Neal remains in the mix at left guard. Even All-America wide receiver Jerry Jeudy is listed as a co-starter with Jaylen Waddle, though that likely says more about how loaded the position is than Jeudy actually slipping down the depth chart.

But, as Nick Saban likes to say, the identity of this team won't really become clear until the team gets into the season.

"I can sit and speculate 100 different ways on where our team is but you never know where your team is in all these areas until you actually go out and play," Saban said.

"I mean, we're hyped, but it's more so like a calm type thing going on, because we're focused," Moses said. "We have a deal going, we just want to worry about one game at a time, one practice at a time, just keep getting better, fix our mistakes, and don't put too much on our plate."

In the meantime, Alabama returns to the site of the Southeastern Conference championship game. That's where quarterback Tua Tagovailoa sustained injuries to both ankles and struggled as a result. It's also where the Heisman Trophy candidate threw the game-winning touchdown pass in the national title game two seasons ago.

"I mean, football is just like life. That's just how it is, you know?" Tagovailoa said. "You're going to have goods. You're going to have bads but this is an opportunity for me to learn from both the good and bad, kind of bring them together and move forward from it. I'm hoping this Saturday won't end up like the last, the SEC championship game. Hopefully it will be better."

Lurking Or Overlooked?
BYU is 9-0, but they're only 14th in the CFP rankings. And coach Kalani Sitake had thoughts on Breaking The Huddle.
3 days ago

Tough To Go Against The Tide
Top-ranked Alabama has looked unstoppable. Can rival Auburn find any way to stop the Tide in Saturday's Iron Bowl?
3 days ago
those were the latest stories
Want to see more?
View All Stories
Fox Sports™ and © 2020 Fox Media LLC and Fox Sports Interactive Media, LLC. All rights reserved. Use of this website (including any and all parts and components) constitutes your acceptance of these Terms of Use and Updated Privacy Policy. Advertising Choices. Do Not Sell my Personal Info