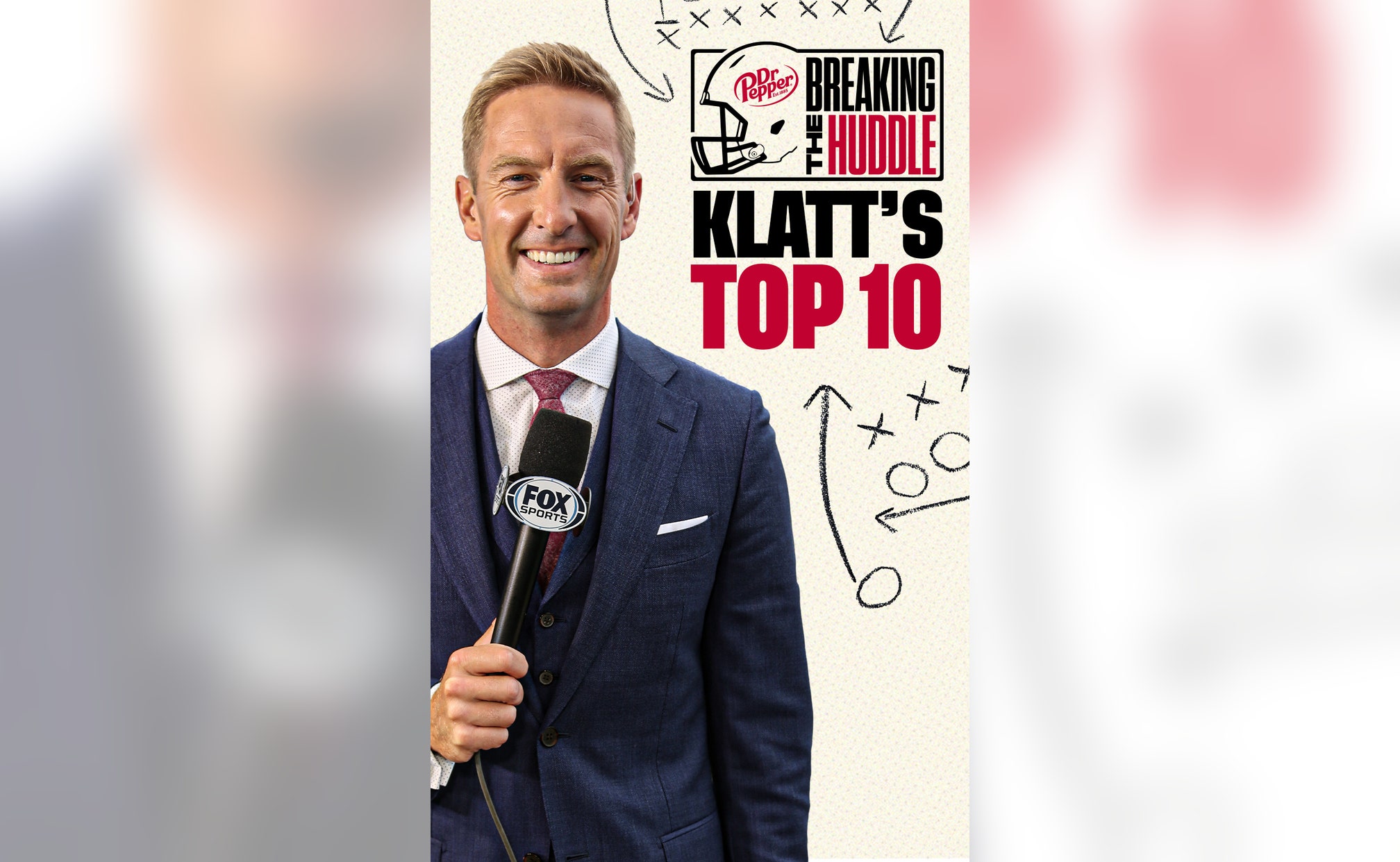 On the first edition of Breaking the Huddle, FOX Sports college football analyst Joel Klatt ranks his Top 10 college teams, why QB Trevor Lawrence is the No. 1 pick for next year's NFL draft, and Texas coach Tom Herman joins the show to discuss the state of Longhorn football heading into the 2020 season.

Originally, Klatt's list included Ohio State and Penn State, but since the Big Ten announced the postponement of the season, a couple other squads slid in.

At No. 10, Klatt has the Oklahoma State Cowboys, who return 19 starters from last year’s 8-win squad, including running back Chuba Hubbard and wide receiver Tylan Wallace, both top players in the nation at their position. 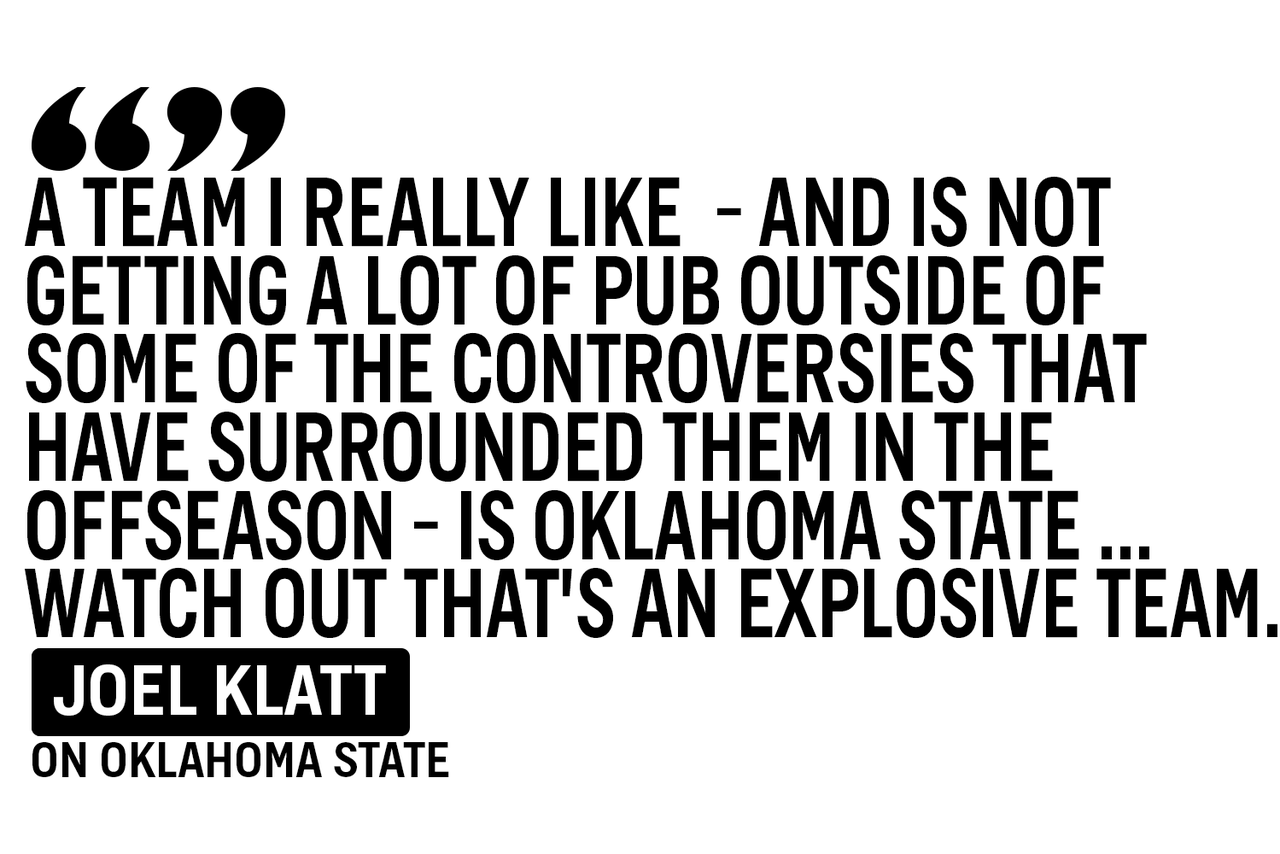 All the way down at No. 8, Klatt slots the defending champion LSU Tigers, a team that lost much of its roster from its record-setting 2019 season but is still expected to compete for an SEC title.

Six offensive players were selected in the NFL Draft this spring, with three going in the first round. Passing coordinator Joe Brady, also followed suit and departed for the NFL. 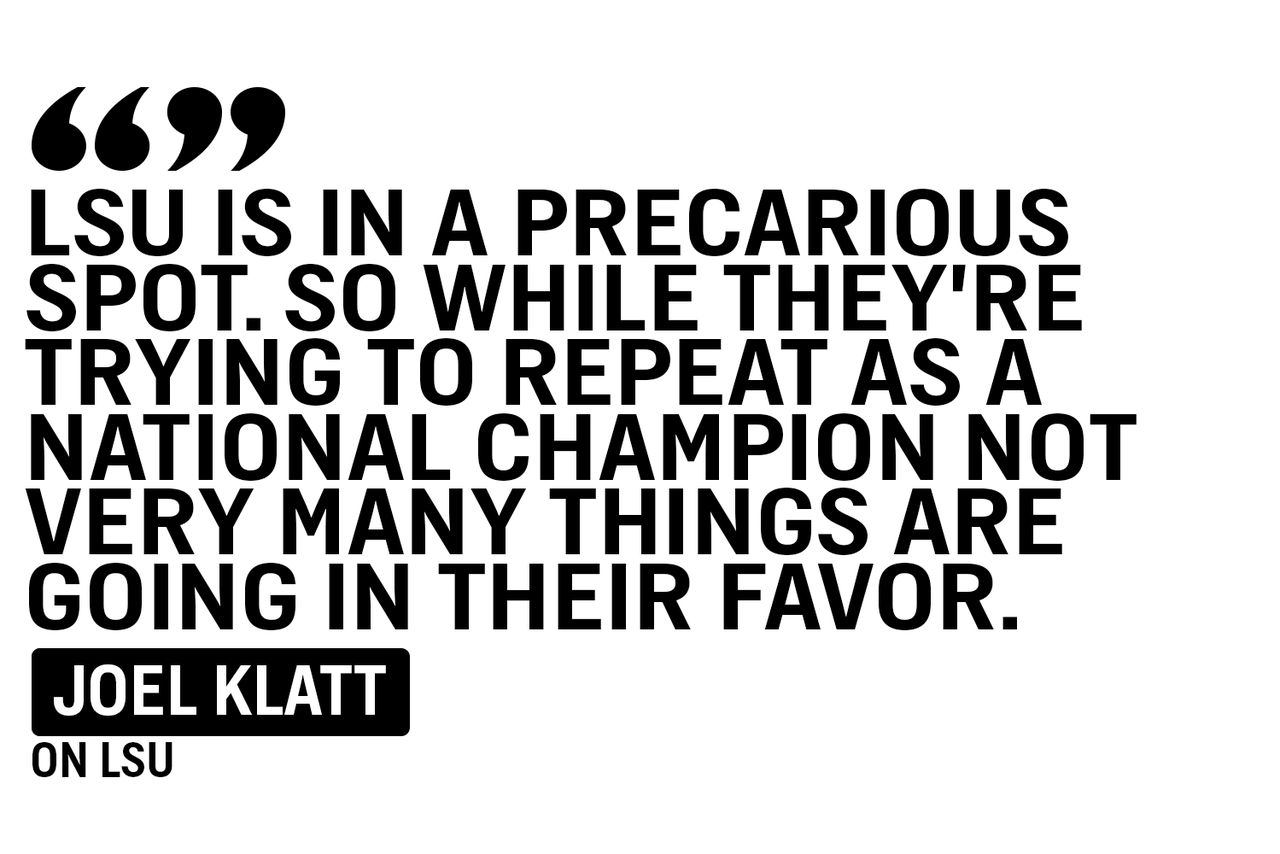 At No. 7, Klatt has the Notre Dame Fighting Irish, who have won 33 games over the past three seasons under Brian Kelly.

Ian Book returns for his final year of eligibility after leading the Fighting Irish to six straight victories to close out the 2019 season. 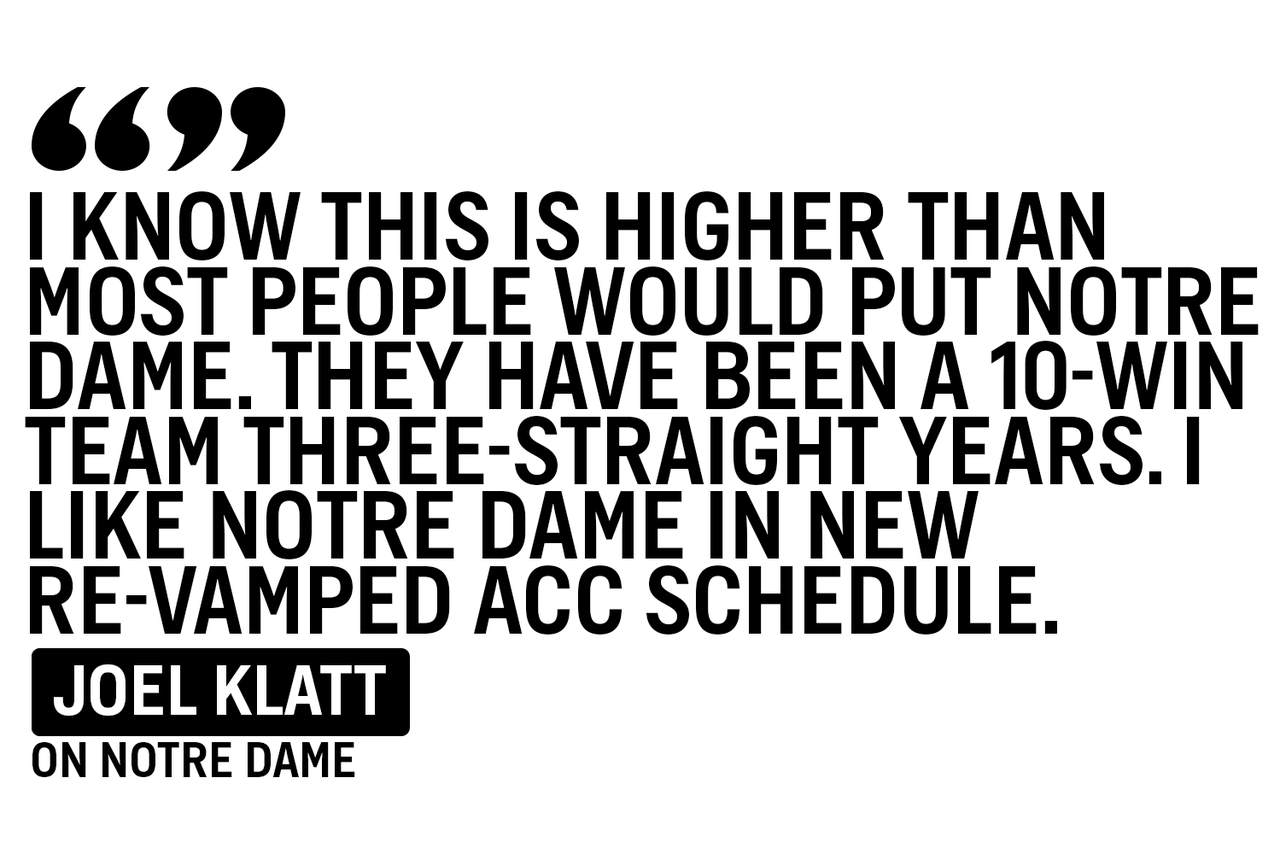 At No. 4 are the Oklahoma Sooners, and Lincoln Riley boasts a 36–6 record since taking over the program three seasons ago.

The Sooners have qualified for the College Football Playoff in each of the past three seasons, and while Riley might be breaking in a new QB, Klatt isn't worried about any growing pains.

"The Heisman Trophy finalist probably includes Spencer Rattler because at this point it's a right of passage. The OU QB becomes a Heisman finalist."

And the final two teams aren't a surprise in the slightest. 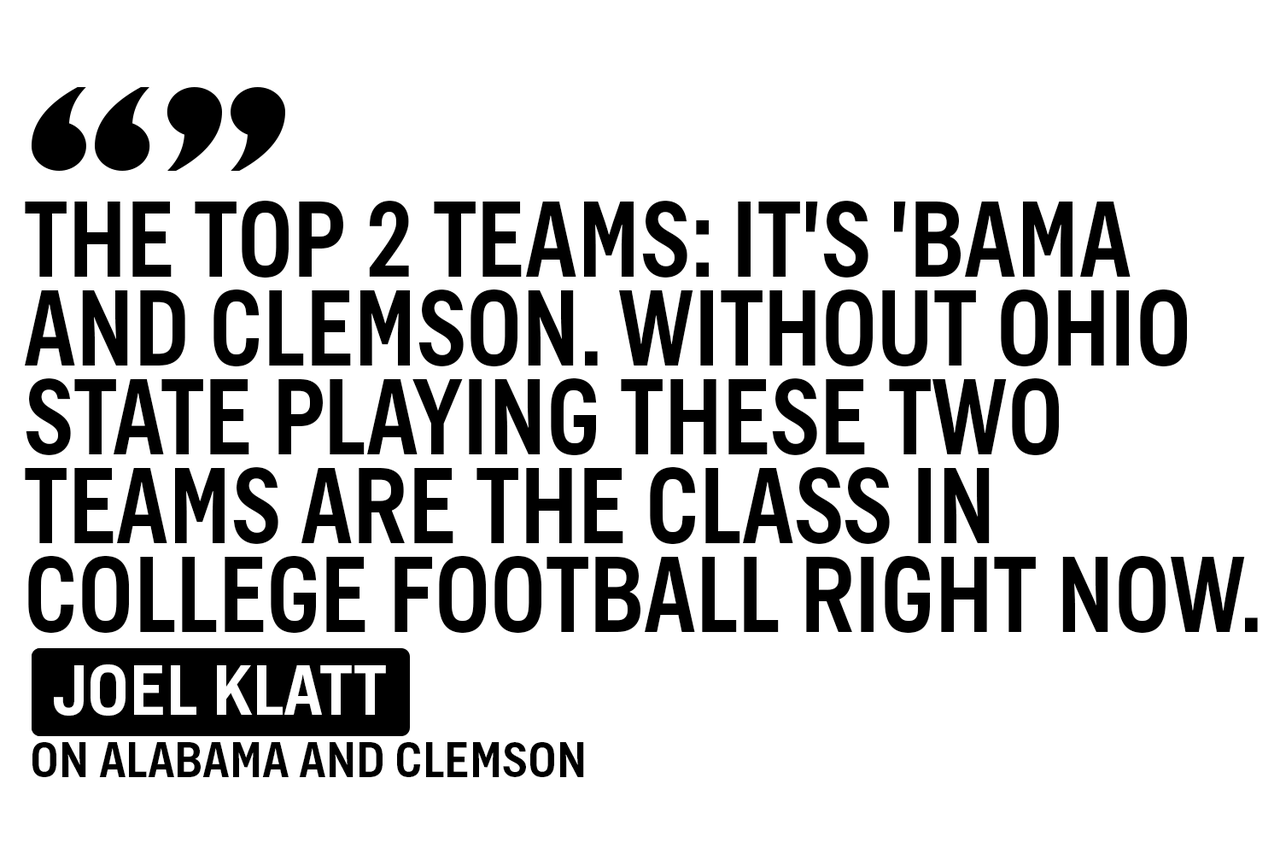 Clemson at No. 1 is largely due to QB Trevor Lawrence.

"When you've got a QB like Trevor Lawrence, I think it is easy to put them up there. Think about what they've been able to do. Five straight CFP appearances, you've had four title game appearnaces, two national championships and they have decimated the ACC."

The Tigers are 43-2 against the ACC in the last five years. 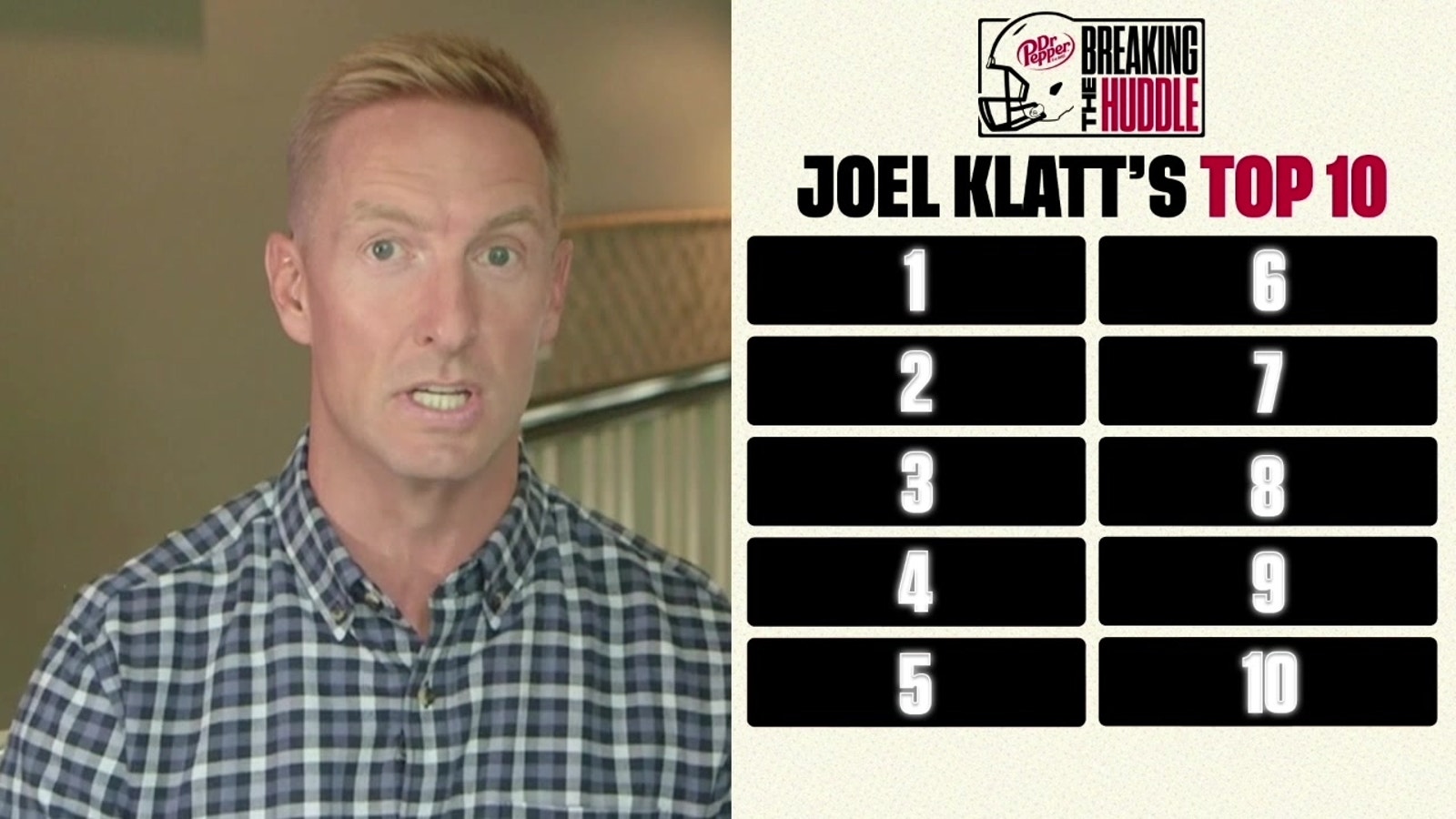 Next up, Texas coach Tom Herman joined the show to discuss several topics, beginning with the guidelines in place to ensure the health safety of players and staff as they navigate playing amid the coronavirus pandemic. 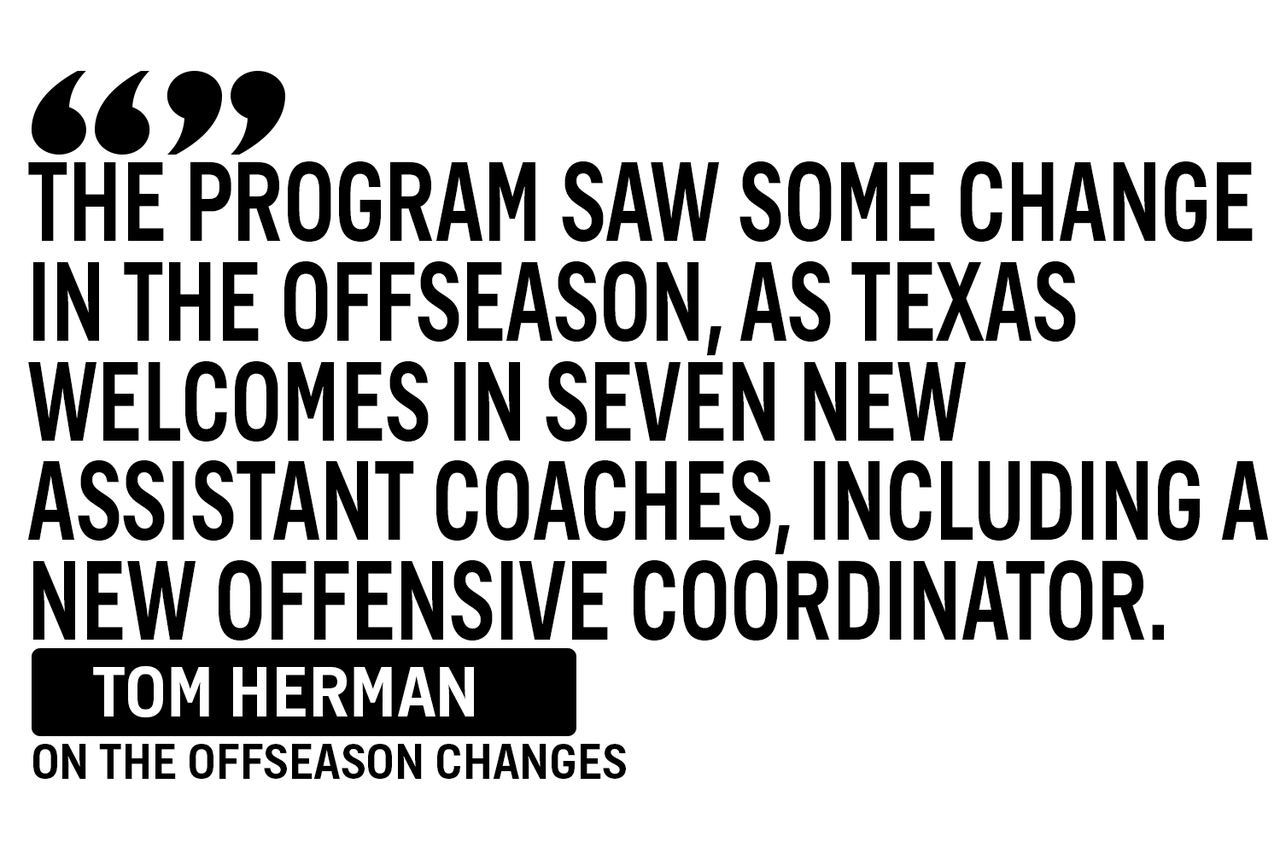 While some things changed, others remained the same. The Longhorns see seven starters back on offense – led by QB Sam Ehlinger – and nine returners on defense.

Herman believes Ehlinger will be the difference maker.

"He's so cerebral when it comes to the game and such a good leader and so approachable and relatable to his teammates. Knowing No. 11 was coming back for his senior year provided a stabilizing force not only in the locker room but as a staff."

If you missed the first episode of Breaking the Huddle, check it out in its entirety below!