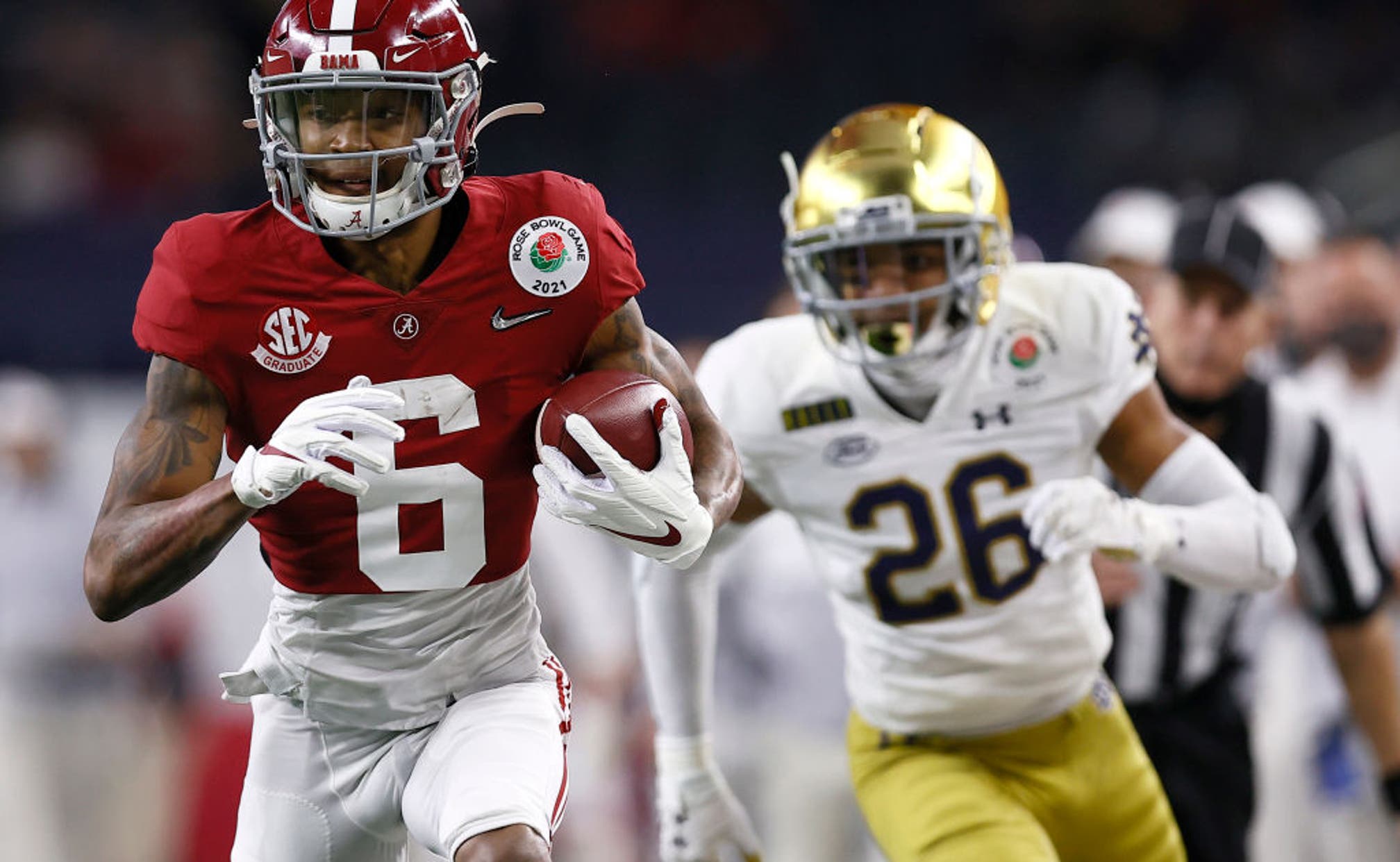 Following No. 1 Alabama’s decisive 31-14 victory over No. 4 Notre Dame in the College Football Playoff semifinal, two Heisman finalists stepped in front of cameras to go through the postgame interview process.

Crimson Tide quarterback Mac Jones had just passed for a remarkably efficient 297 yards, throwing only five incompletions among 30 passes with four touchdown throws. Tide receiver DeVonta Smith caught seven passes from Jones for 130 yards — eclipsing the 100-yard mark in the first half — along with three trips to the end zone last Friday at AT&T Stadium in Dallas. 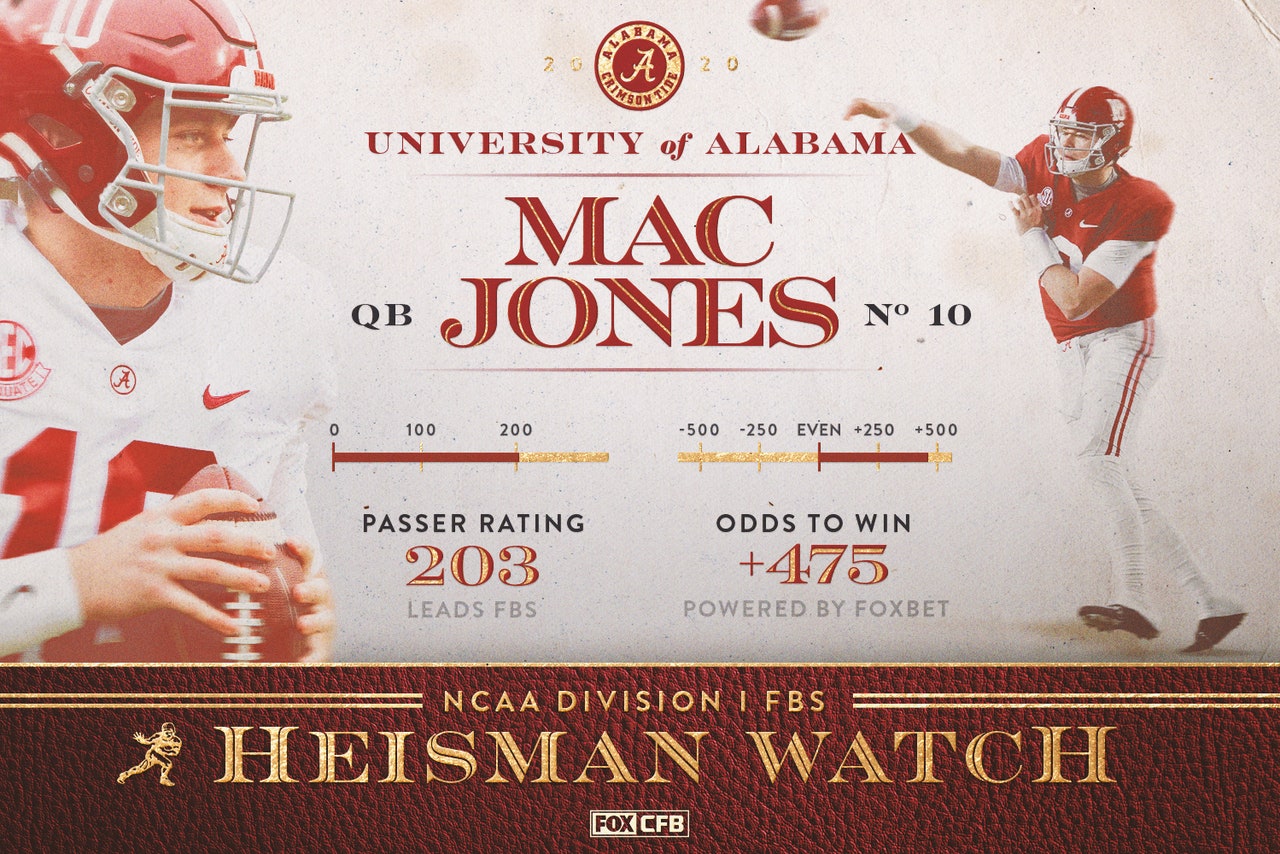 Jones and Smith are the two favorites to win the Heisman Memorial Trophy on Tuesday night. If one of them wins, they’ll be just the third Alabama player to win the award, joining Derrick Henry (2015) and Mark Ingram (2009).

Smith can become the first wide receiver to win the Heisman since Desmond Howard in 1991 if he beats out Smith and two other quarterbacks, Clemson's Trevor Lawrence and Florida's Kyle Trask.

In their Zoom interviews, Jones and Smith were asked if they’d considered drafting an acceptance speech should either of them win. 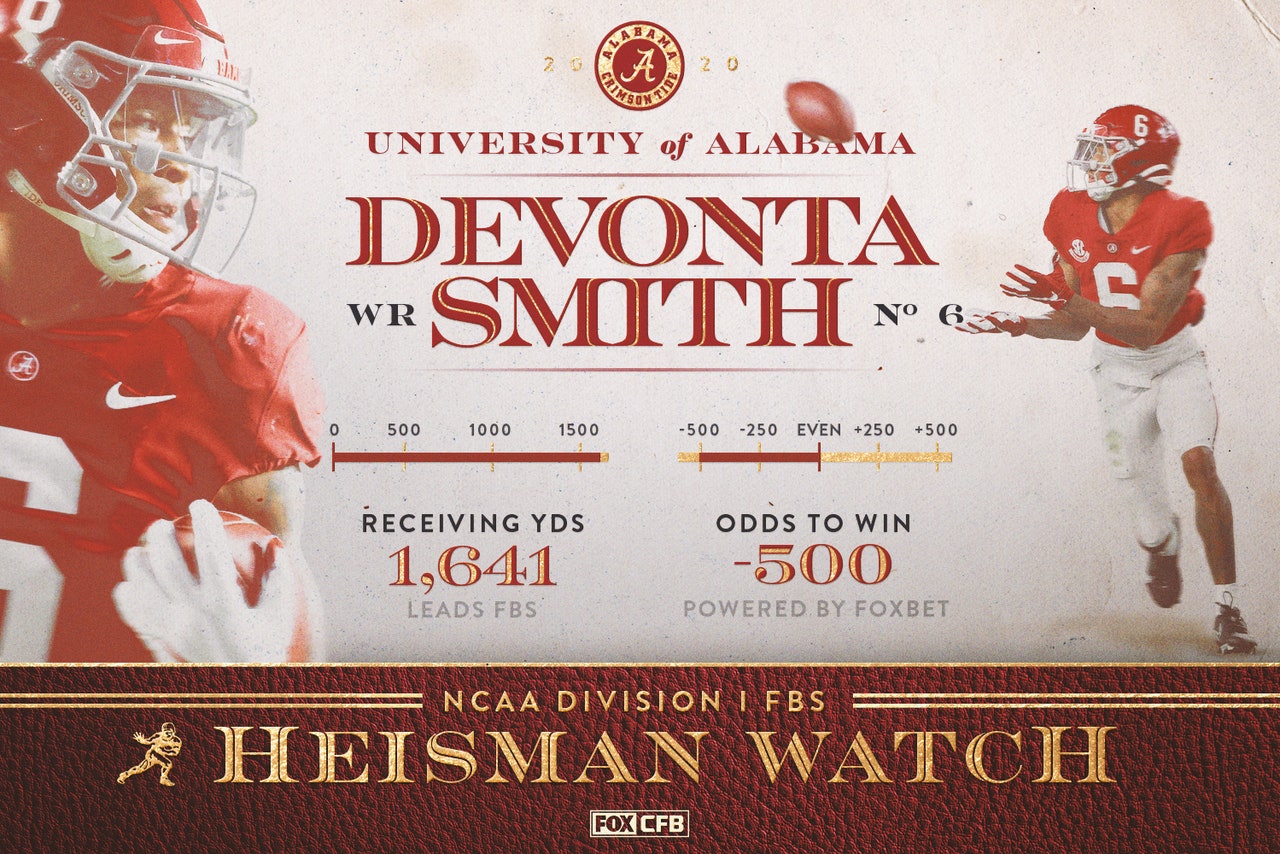 "That’s a rat-poison question," Jones said with a laugh. "I don’t know what to tell you."

Jones preferred to focus attention back on the team's goal of winning a national title and didn’t so much as say the word "Heisman" in his answer.

Such has been the unified message of Nick Saban’s Tide as national positional award nominations — and, inevitably, individual award winners — have been named among the 2020 team. Jones won the Unitas Golden Arm Award (best upperclassmen quarterback graduating with his class) and is a finalist for the Davey O’Brien Award (best quarterback).

Alabama already won the Joe Moore Award (offensive line) and has a chance to win the Biletnikoff Award (best wide receiver), Thorpe Award (best defensive back) and Walker Award (running back). There’s also the Walter Camp and Maxwell Awards for us to consider because they’re most definitely not being considered inside the football facilities in Tuscaloosa a week ahead of the national title game in Miami.

During availability ahead of the national title tilt against No. 3 Ohio State next Monday, Smith at least said the word "Heisman," but only to underscore how little thought he’s given to perhaps becoming the first wide receiver to win it since 1991.

"Right now, I'm not really worried about the Heisman Trophy," Smith said. "I'm just trying to come in with the team this weekend, just look forward to getting on to the game plan for Ohio State."

Smith is representative of the vertical game college football has become and how offensive play-callers are looking to take advantage of the explosive plays that players like him can generate. Saban, a secondary coach by trade and mindset, recognized the value of receivers in one-on-one matchups where defensive backs have to tackle well in space or risk not just giving up a completion but six points.

He referenced Ohio State’s ability to create explosive plays off play-action pass as one way in which taking advantage of players’ unique skills out on the edges serves to benefit the offense.

"Well, you know, I think that any time you have guys playing any skill position and they have ability to make explosive plays," Saban said, "I think sort of the advent of the spread offense, more spread formations, four-open kind of formations spreads the field, which gives players on the perimeter a much better chance to make plays." 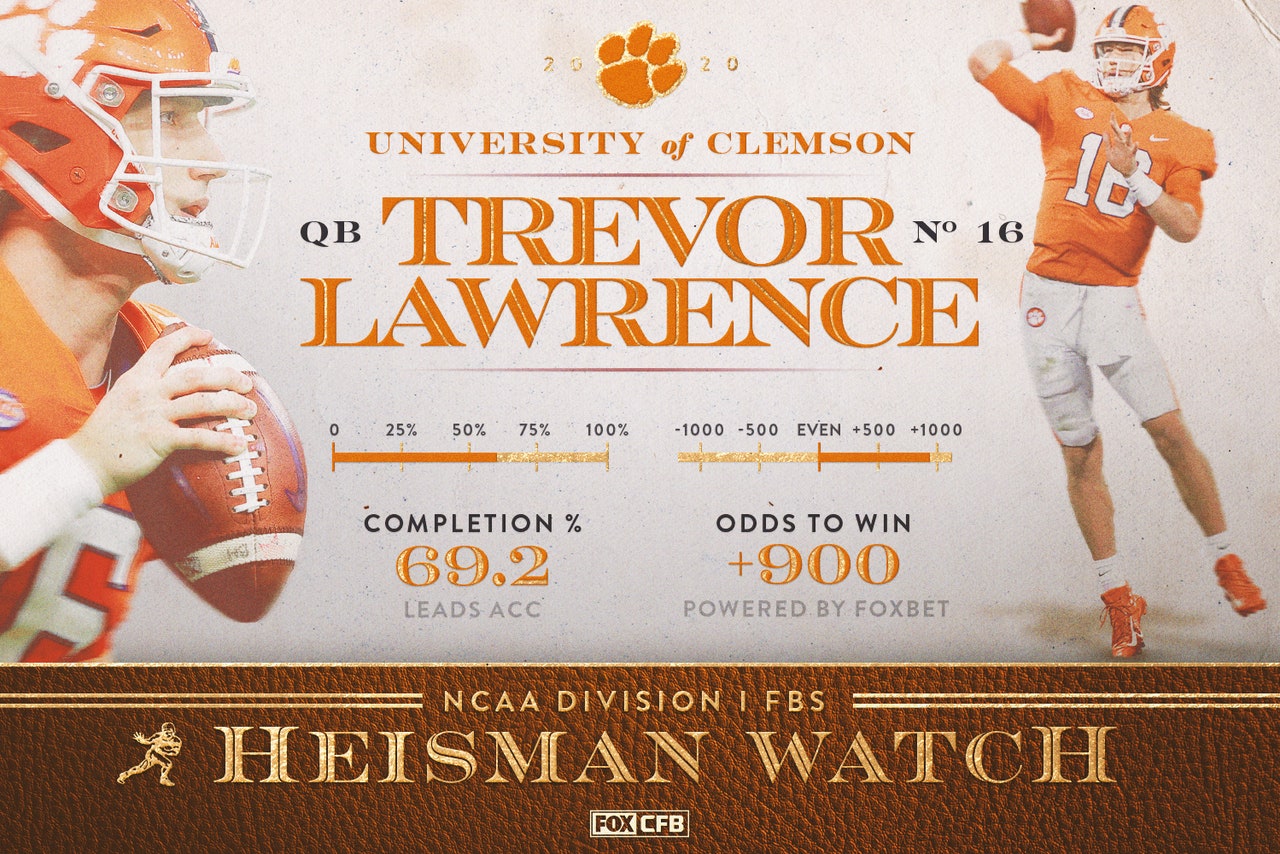 Ohio State coach Ryan Day has watched as not just quarterbacks but receivers come to Columbus knowing how to read coverage and make sight adjustments.

While some lament the rise of seven-on-seven teams and tourneys, Day has seen a steady rise in football knowledge and skill refinement come from some players matriculating from high school who have spent time playing seven-on-seven in the summer.

"I think that the emergence of seven-on-seven has increased the skill level of a lot of receivers and quarterbacks," Day said, "and they get the ball on the perimeter a lot faster than maybe they did 10 or 20 years ago, spreading the field horizontally and vertically. And we're always looking for ways to create explosives, and the easiest way to create an explosive is to throw the football." 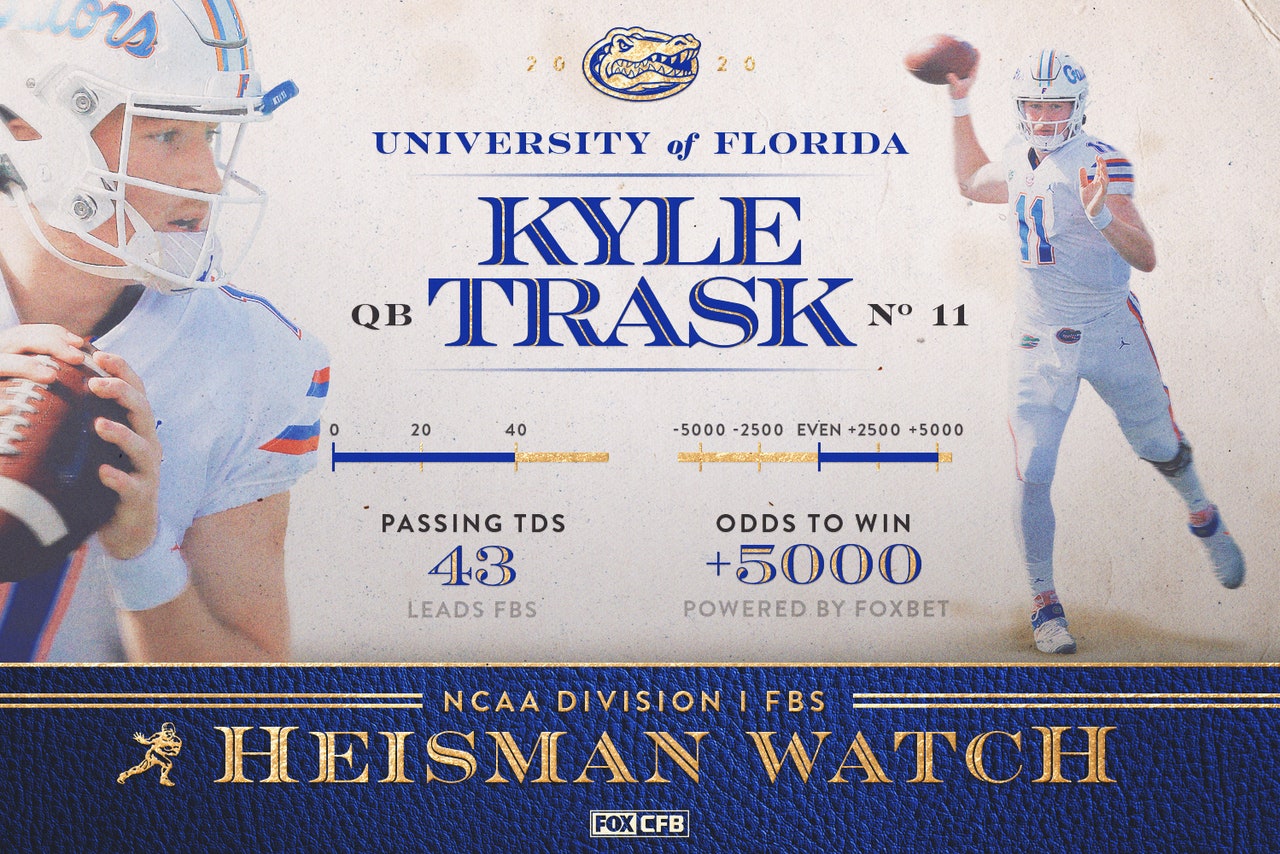 Marrying those vertical passing concepts with an outstanding running game has allowed for players such as Chris Olave, Garrett Wilson and Smith to thrive at each of their programs.

If Smith wins the Heisman, though, his appearance in the Heisman ceremony won’t be the casual recognition former finalists Amari Cooper and Dede Westbrook received, but a full-fledged acknowledgement that receivers like him affect the game in a way that has served to change it, push it forward and watch the game’s evolution explode.