All of us who cover college football on the Internet -- myself included -- do a "Way Too Early" Top 25 the morning after the national championship game, because we know you can't wait to start looking ahead to next season. The problem is, we don't yet know which underclassmen will declare for the draft, which grad transfers will end up where and which early enrollees will make immediate noise. Now that we're through spring football I'm updating my Top 25 for 2016. There aren't too many radical changes, but there is a new (sort of No. 1 team; more favorable outlooks for Ohio State and Tennessee; and buyer's remorse on Oklahoma State, Miami and a couple others.)

Nick Saban's Tide had six players drafted in the first two rounds and still appear loaded, particularly on defense. Linemen Jonathan Allen, Dalvin Tomlinson, Daron Payne and Da'Shawn Hand and OLB Tim Williams lead another dominant front seven. Running backs Bo Scarborough and Damien Harris were both productive throughout spring. And at this point, does it really matter who wins the quarterback job?

The 'Noles have found their quarterback, redshirt freshman Deondre Francois, who separated himself in the spring. He'll have the benefit of a veteran receiving corps (Travis Rudolph, Bobo Wilson and Kermit Whitfield), and speedy sophomore RB Jacques Patrick should see more carries behind star Dalvin Cook. DeMarcus Walker and Josh Sweat could become the nation's top pair of bookend pass-rushers.

The Tigers were my No. 1 pick in the hours after the national title game, and it's certainly tempting to ride star QB Deshaun Watson and RB Wayne Gallman. The offense is unquestionably loaded. But six starters on defense left early, including All-Americans Shaq Lawson, Mackensie Alexander and Jayron Kearse. Between young ends and a rebuilt secondary, the Tigers won't have much margin for error.

Jim Harbaugh's second team seemingly fits the mold for his preferred style of play, with a veteran offensive line, proven running backs like De'Veon Smith and an All-America caliber tight end, Jake Butt. Much will depend on the progress of his new quarterback, either Wilton Speight or John O'Korn. DT Chris Wormley, LB/DB Jabrill Peppers and CB Jourdan Lewis lead a promising defense.

Replacing All-American QB Trevone Boykin is no small chore, but redshirt sophomore Foster Sawyer wowed practice observers this spring and could beat out Texas A&M transfer Kenny Hill. The Frogs will be inexperienced at the skill positions. But TCU won 11 games last year with a half-strength defense. The Frogs bring back eight starters, setting the stage for Gary Patterson to field one of his vintage units. 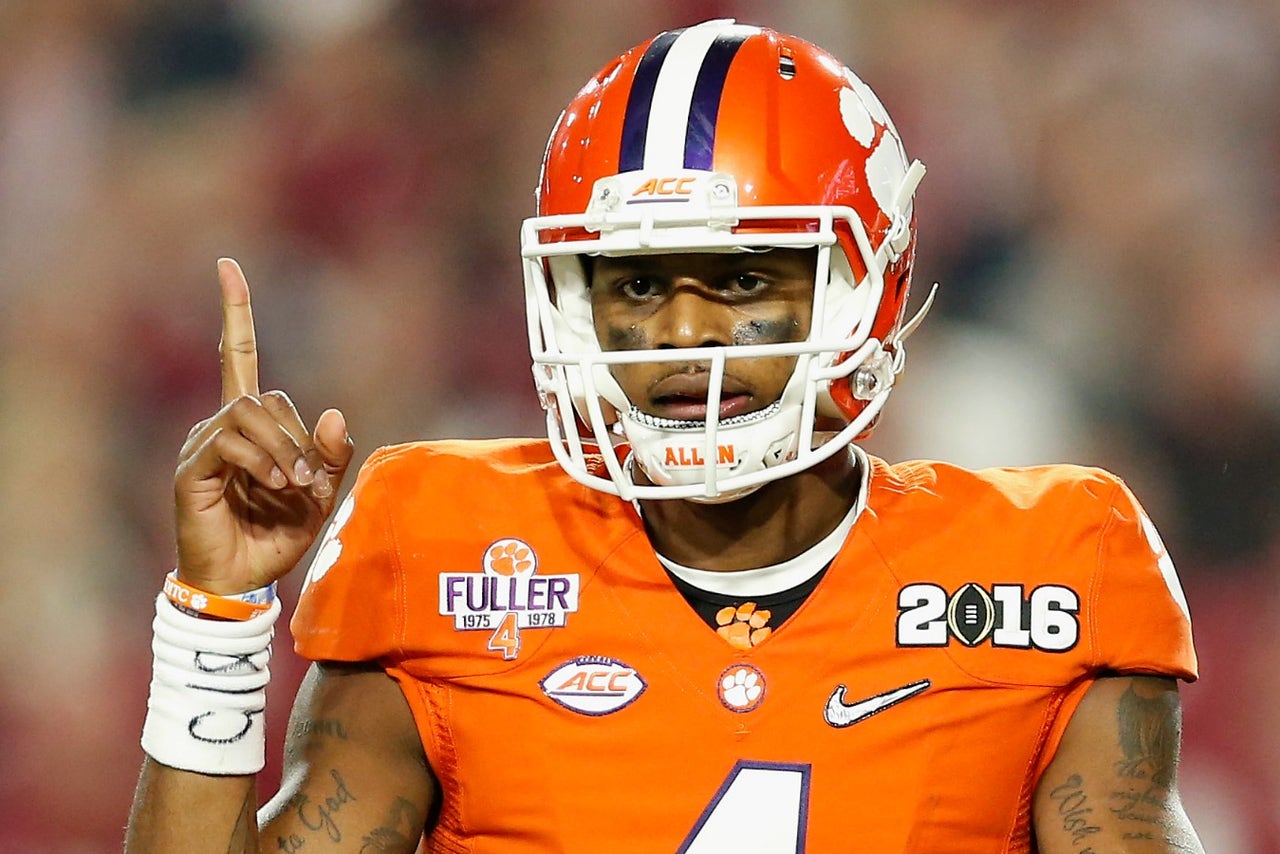 Behind QB Baker Mayfield and RBs Semaje Perine and Joe Mixon, coordinator Lincoln Riley's offense could be prolific. Returning O-line starter Jonathan Alvarez is moving from guard to center in place of stalwart Ty Darlington. CB Jordan Thomas and S Steven Parker head a strong secondary. The defense's success will hinge on developing a new wave of pass-rushers up front.

It's now or never for fourth-year coach Butch Jones' Vols, who return 17 starters from a team that won their last six games in 2015. New DC Bob Shoop, formerly of Penn State, inherits top-flight players like DE Derek Barnett, LB Jalen Reeves-Maybin and CB Cam Sutton. Meanwhile, QB Josh Dobbs is back to lead an offense highlighted by the tailback tandem of Jalen Hurd and Alvin Kamara.

The new-look Buckeyes showed off a lot of speed across the board in their spring game. QB J.T. Barrett adds a couple of new weapons in redshirt freshman RB Mike Weber and QB-turned-WR Torrance Gibson. S Malik Hooker and LB Chris Worley look like playmakers, while Tyquan Lewis and Sam Hubbard are formidable pass-rushers. Ohio State may experience growing pains early before turning it on late.

QBs Ryan Burns and Keller Chryst both look capable of leading the Cardinal offense. Do-everything RB Christian McCaffrey is back, and expect to see more of blazing-fast sophomore RB Bryce Love and WR Francis Owusu. DT Solomon Thomas figures to be the breakout star on a mostly veteran defense that should be solid up front but with some question marks in the secondary.

QB Seth Russell should be back to full strength to compete with sophomore Jarrett Stidham. The Bears' backfield is stacked with Shock Linwood and Johnny Jefferson. If Art Briles' team takes a step back it will likely be due to rebuilding up front. The O-line must replace three starters, including All-American Spencer Drango; the D-line loses standouts Andrew Billings and Shawn Oakman.

The Irish have a tough but enviable decision ahead at quarterback -- experienced starters DeShone Kizer and Malik Zaire both made a case in the spring. Sophomore RB Josh Adams replaces C.J. Prosise as the go-to ball-carrier. The defense could be very young without departed stars may struggle to replace standouts Jaylon Smith and Sheldon Day. LB Nyles Morgan leads a crop of promising replacements.

The Cougars are coming off a breakthrough 13-1 season and Peach Bowl upset of Florida State. Dynamic dual-threat QB Greg Ward Jr. should continue to develop under guru Tom Herman. He'll have help from RB Duke Catalon and WRs Chance Allen and Isaiah Johnson. Houston lost first-round CB William Jackson III and some other key contributors, but has other budding playmakers like LB Matthew Adams. 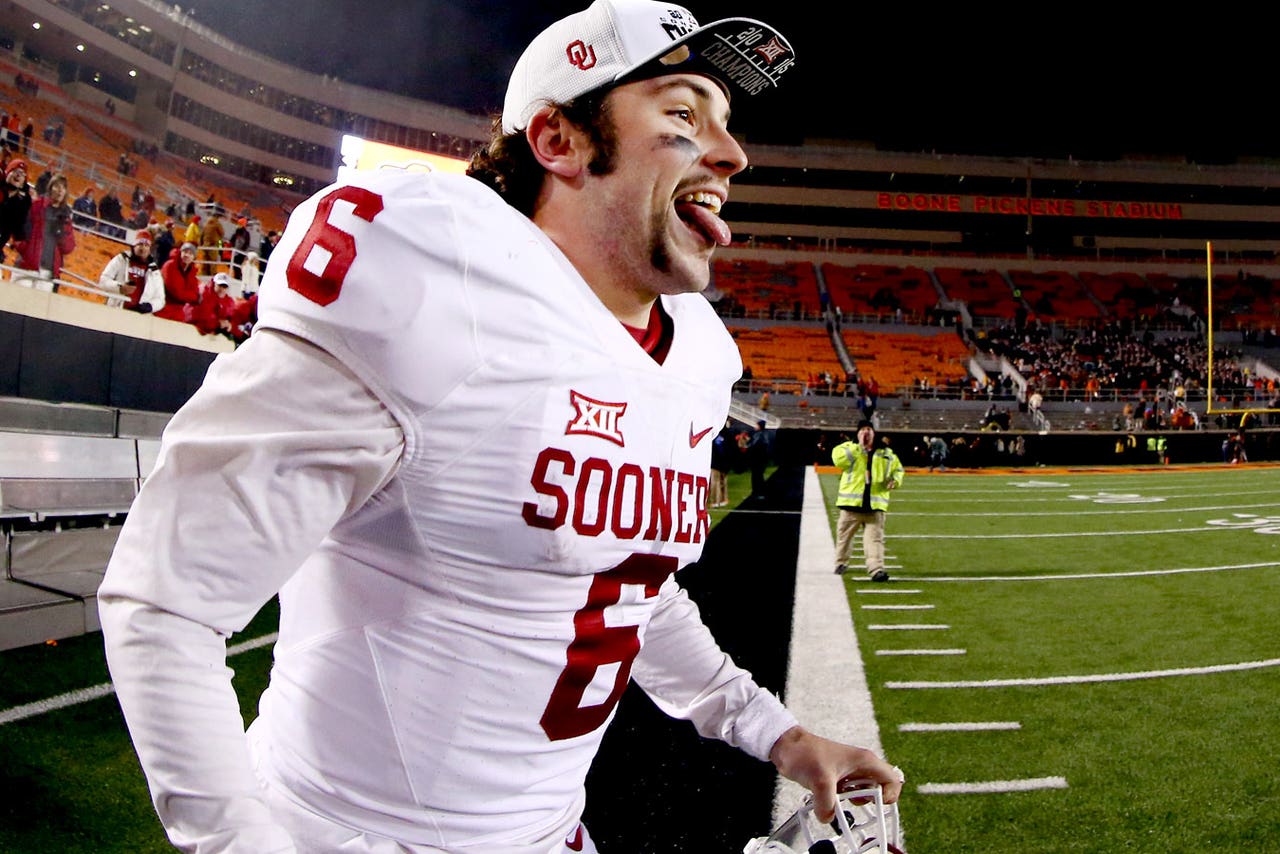 Mark Dantonio's program has reached the point where it should not slip drastically. Fifth-year senior Tyler O'Connor faces a challenge replacing Connor Cook but has a strong backfield led by LJ Scott. A new go-to receiver needs to step up for departed Aaron Burbridge. DT Malik McDowell is a future first-rounder, and Dantonio has talked up DE Demetrius Cooper. The secondary should be better.

Mike Leach's 9-4 Cougars nearly won the Pac-12 North in 2015, beating Oregon and coming within a late field goal against Stanford. Talented QB Luke Falk returns along with receivers like Gabe Marks. Redshirt freshman RB James Williams had a breakout spring and strengthens an already deep backfield. Wazzu has struggled on defense throughout Leach's tenure but could be stronger up front.

Surprisingly, fourth-year junior QB Max Browne did not come out of spring the clear starter over redshirt freshman Sam Darnold. Whoever wins the job will benefit from a veteran O-line and playmakers like JuJu Smith-Schuster. All-American Adoree Jackson and CB Iman Marshall lead a potentially stingy secondary, but USC has some glaring holes up front following DT Kenny Bigelow's offseason knee injury.

The Ducks are stocked as always at running back (Royce Freeman, Taj Griffin) and receiver (Darren Carrington, Dwayne Stanford), but FCS transfer QB Dakota Prukop appears unlikely to replicate Vernon Adams' magic. New coordinator Brady Hoke should get more disciplined performances out of a recently woeful defense but is lacking top-flight playmakers in the front seven.

Despite losing several star players, the Gators should be very good on defense again, starting with CB Jalen Tabor and DE Bryan Cox Jr. Sophomore DE CeCe Jefferson is poised for a breakout. Likely new starter Luke Del Rio should be a major upgrade at quarterback, but the offensive line remains a question mark. The Gators do have the makings of a solid backfield, led by sophomore Jordan Cronkite.

This may seem like a steep drop for a team that went 12-2 last season, but power ratings suggest was closer to 25th than fifth last season. C.J. Beathard will enter fall as one of the Big Ten's top quarterbacks, and RBs LeShun Daniels and Akrum Wadley return as well. All-American CB Desmond King put off the NFL, and underrated LB Josey Jewell leads a potentially strong rushing defense. 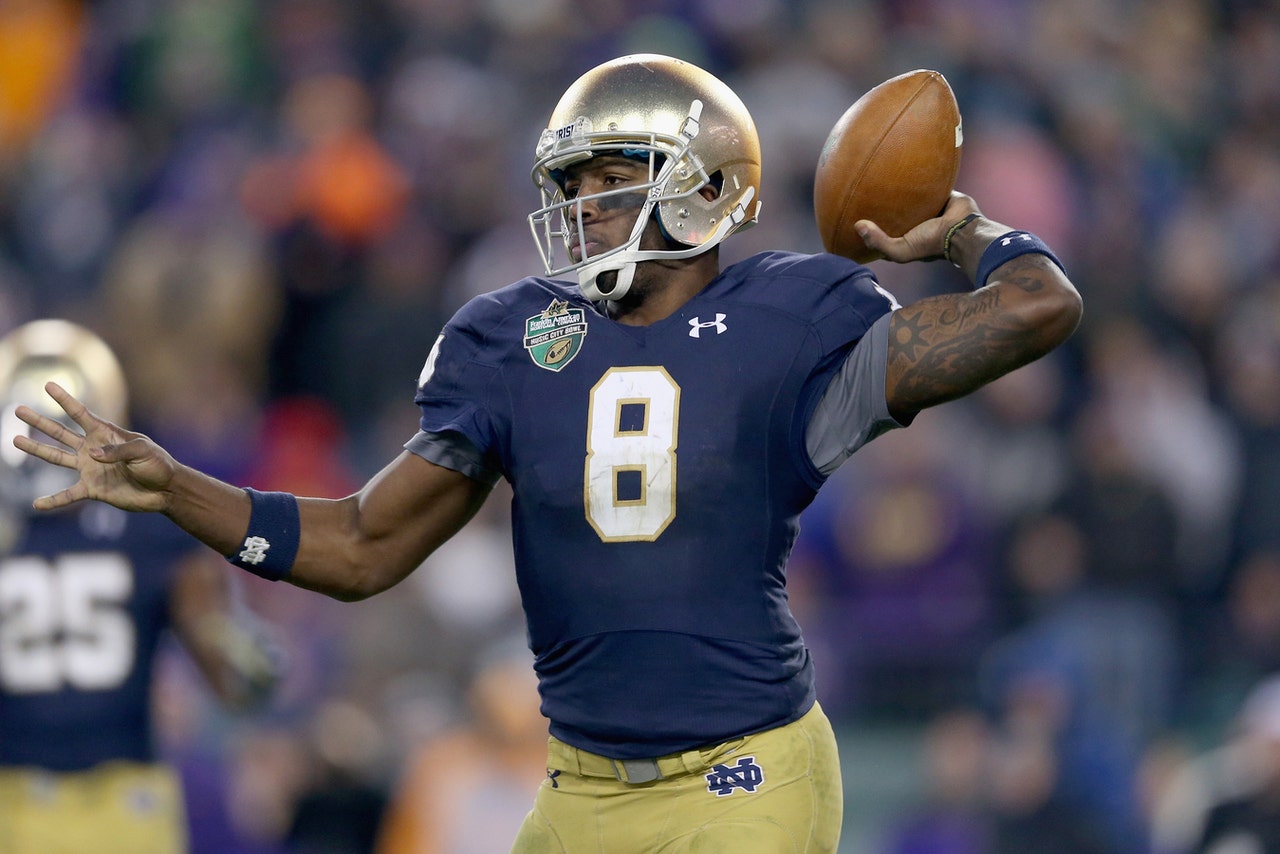 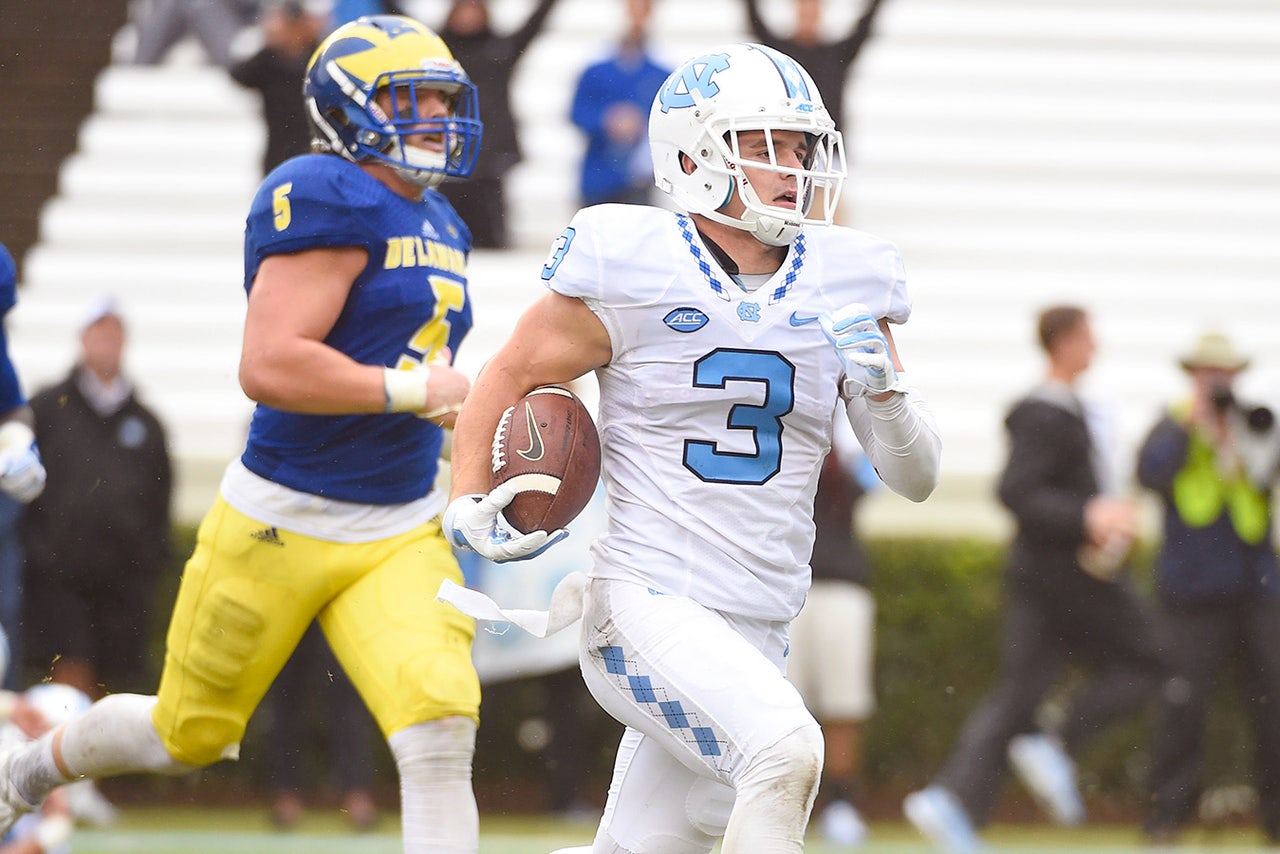 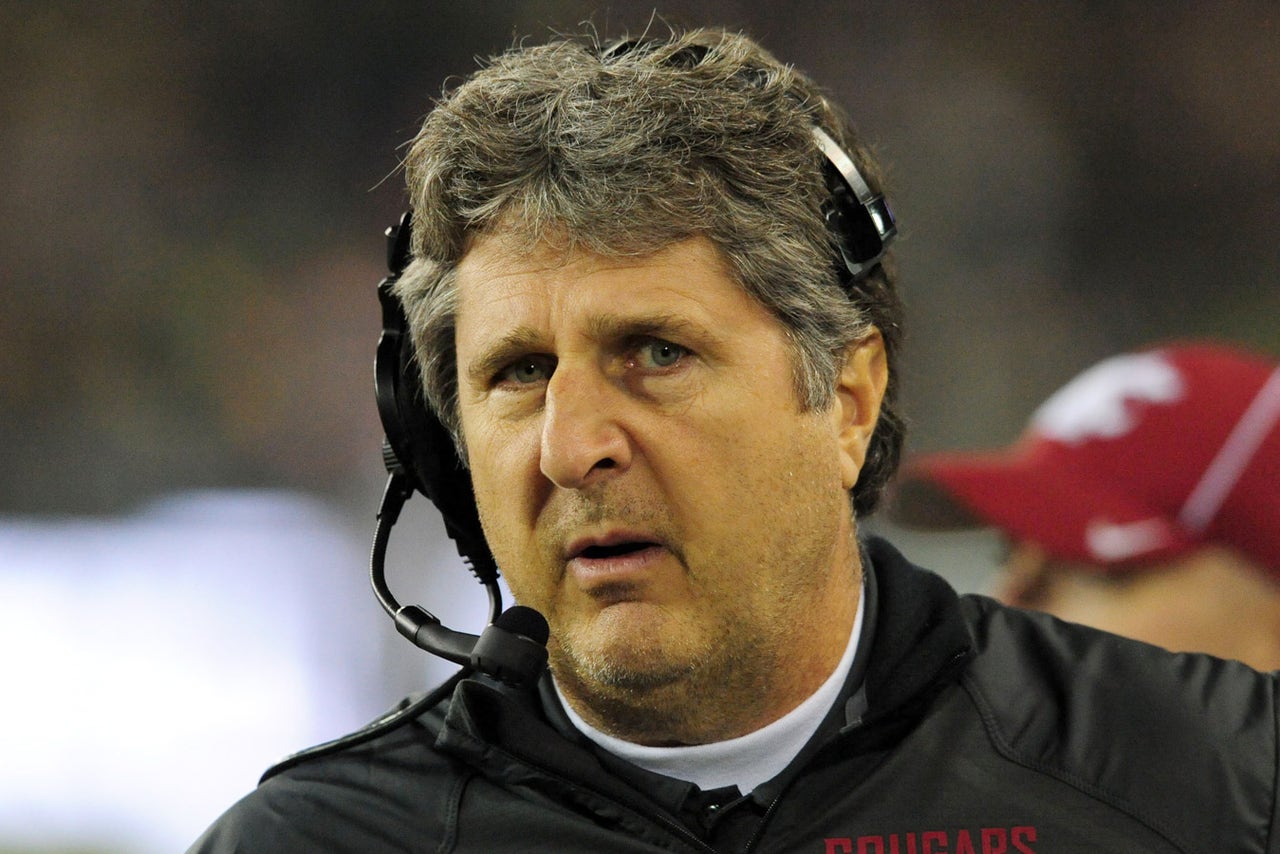 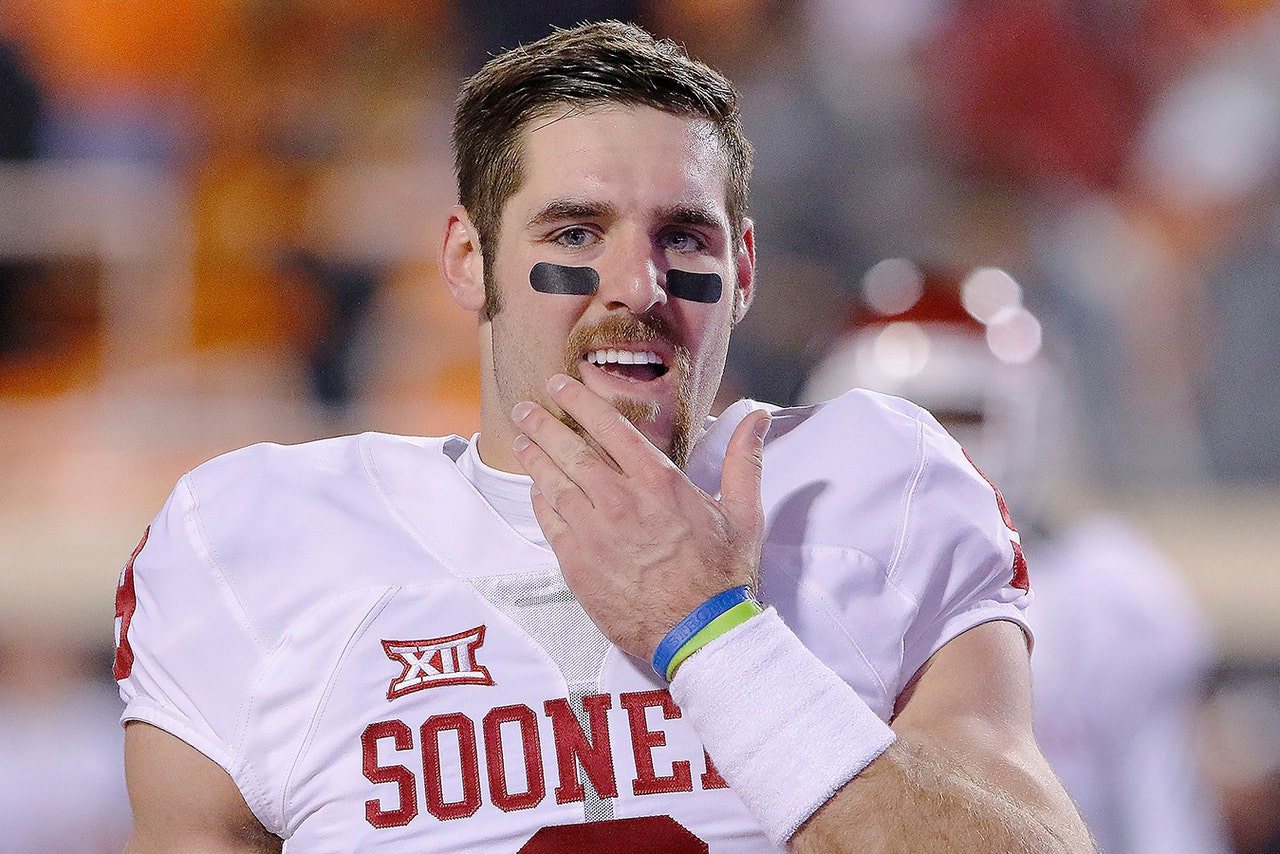 Florida State Seminoles
share story
those were the latest stories
Want to see more?
View All Stories
Fox Sports™ and © 2021 Fox Media LLC and Fox Sports Interactive Media, LLC. All rights reserved. Use of this website (including any and all parts and components) constitutes your acceptance of these Terms of Use and Updated Privacy Policy. Advertising Choices. Do Not Sell my Personal Info