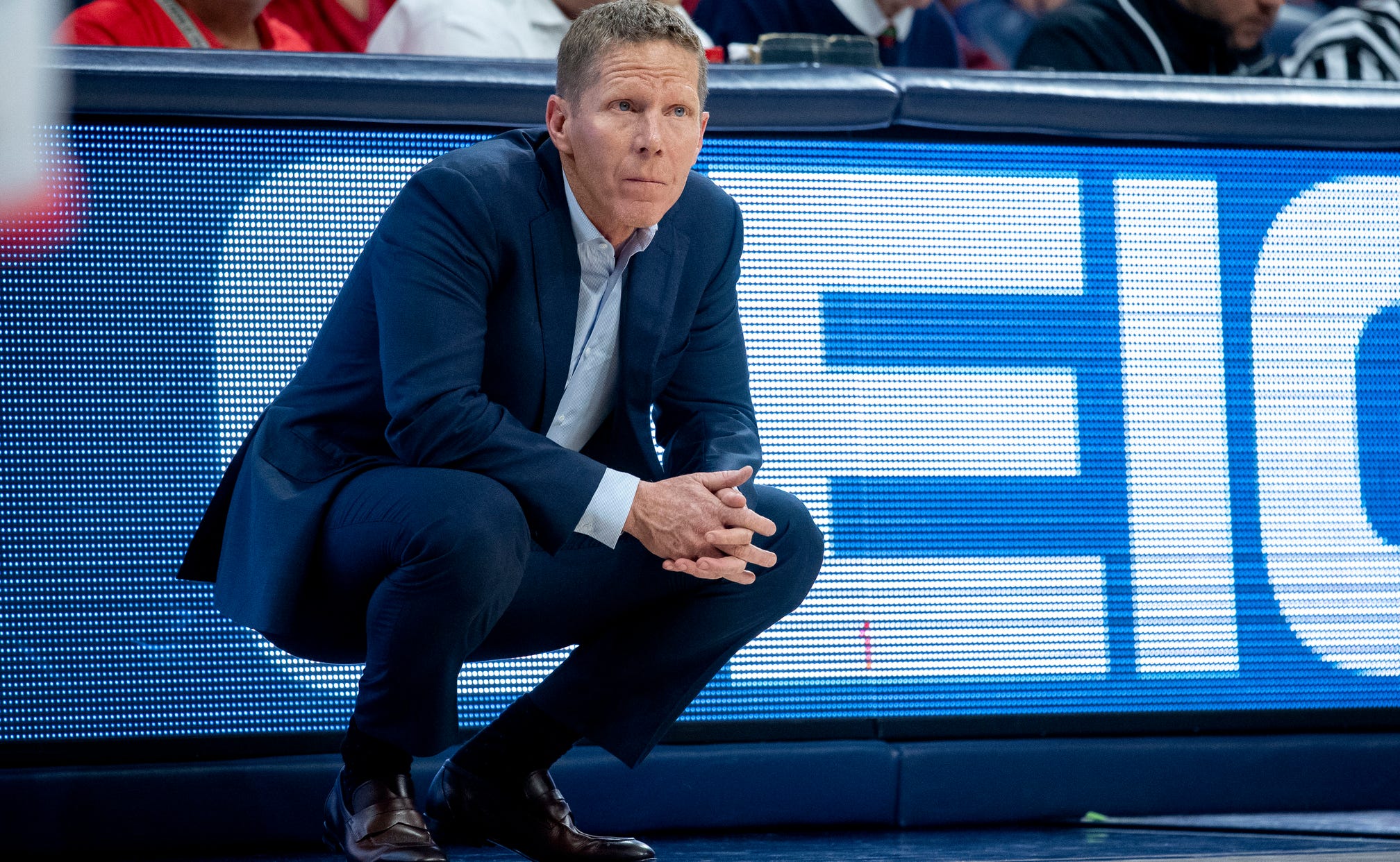 With the calendar turning to November, the college basketball season is upon us.

That means it's time for the Associated Press to release its preseason Top 25. And for the first time ever, the Gonzaga Bulldogs will enter the season as the No. 1 team in the country.

The Bulldogs will get the immediate chance to prove they deserve their ranking, facing three teams in the preseason top six early in the season.

It starts Thanksgiving Day, Nov. 26, when Gonzaga will face No. 6 Kansas in a special 1:30 p.m. ET tipoff on FOX. Then on Dec. 5, Gonzaga will square off against the No. 2 Baylor Bears.

Gonzaga will also face off against the No. 5 team in the polls, the Iowa Hawkeyes, on Dec. 19.

With the rankings now being released, there are pressing questions heading into the season, and FOX Sport's Andy Katz is here to answer the three most important queries.

1. What was the biggest surprise to you in the preseason Top 25?

"I'm actually going to give you two teams. Ohio State at No. 23 and Houston at No. 17. Now, Ohio State is not healthy. Seth Towns, who transferred from Harvard and may be one of the best players in the Big Ten, Chris Holtman told me he may not be ready for the beginning of the season. So that's why I wouldn't have Ohio State in my top 25." – Katz

"Now, as good as Houston could be, I thought No. 17 was a little too high. I want to wait and see with the Cougars, a team that will be the favorite in the American Athletic Conference." – Katz

Houston finished the 2019-2020 season with a record of 23-8 and returns four of their top five scorers from last season, including rising sophomore Caleb Mills, who led the Cougars in scoring as a freshman with 13.2 points per game.

2. What team or teams do you think might end the season much higher ranked than they are currently?

"Two teams that started here in the Top 25 that I think will finish much higher, both reside in the Pac-12: Arizona State at 18 and UCLA at 22. These two teams both should be the best two teams in the Pac-12, they return essentially the core group of each squad." – Katz

The Arizona State Sun Devils are returning their top two scorers, Remy Martin and Alonzo Verge Jr. from a team that finished 20-11 in its 2019-2020 campaign.

But they will add McDonald's All-American and freshman sensation Josh Christopher to the roster which could give them one of the highest scoring trios in the country when paired next to Martin and Verge Jr.

The Sun Devils will need to improve on their 2-4 record against ranked opponents in 2019-2020 in order to prove this projection right.

On the other hand, the UCLA Bruins are looking to build off of a successful inaugural season under head coach Mick Cronin.

The Bruins finished 19-12 in the 2019-2020 season but they return seven of their top nine scorers from last season while adding Kentucky transfer, and former top 25 recruit, Johnny Juzang.

3. What team or teams do you think might end the season much lower ranked than they are currently?

"One team that I think at the end of the season is possibly going to be a little bit lower is Creighton at No. 11. Ty-Shon Alexander decided to stay in the NBA Draft and that hurts ...

"They've also already had injuries, so the Blue Jays might not be as deep as they need to be heading into the season. I also think the Big East will be rougher and as rugged as it was last season, this season. Teams like Providence, Seton Hall, UCONN are certainly going to push Creighton." – Katz

The loss of Alexander will surely hurt the Blue Jays, as he was their leading scorer at 16.9 points per game, as well as their best perimeter defender, leading them with 1.3 steals per game.

They have also suffered two season-ending injuries to players already before the season has even started.

The Blue Jays were 6-2 against ranked opponents last season but it might be hard to replicate that same level of success with key injuries and departures within the program.