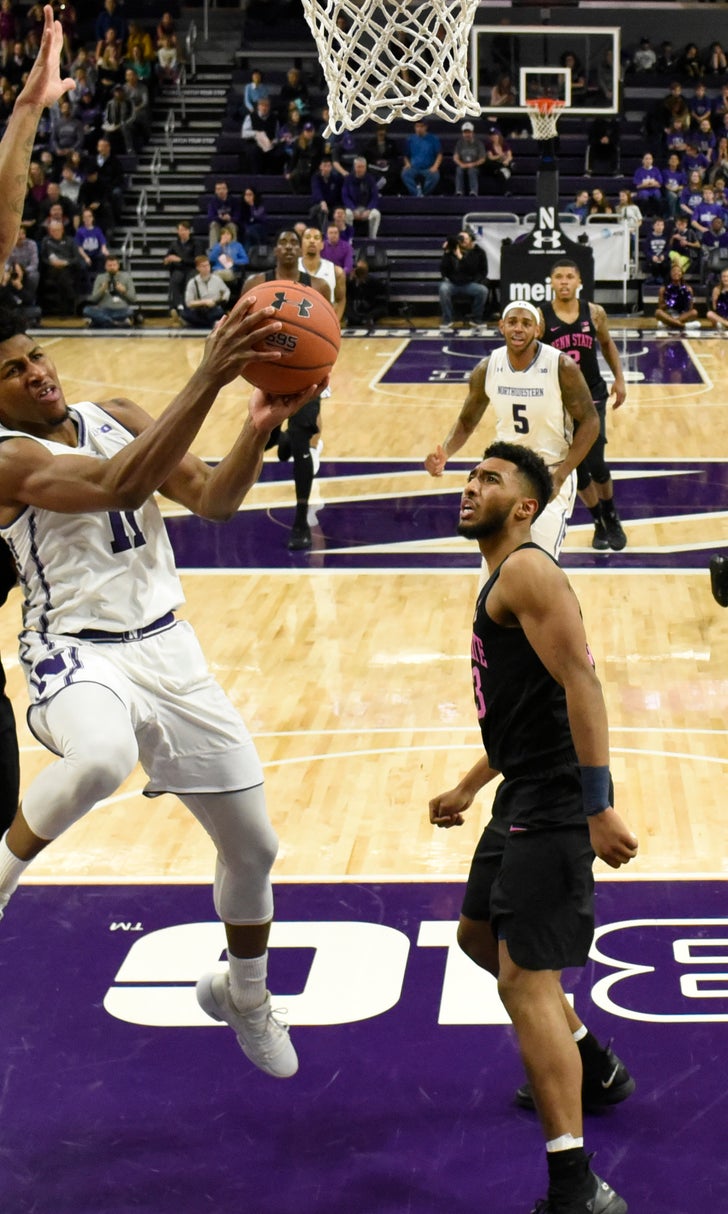 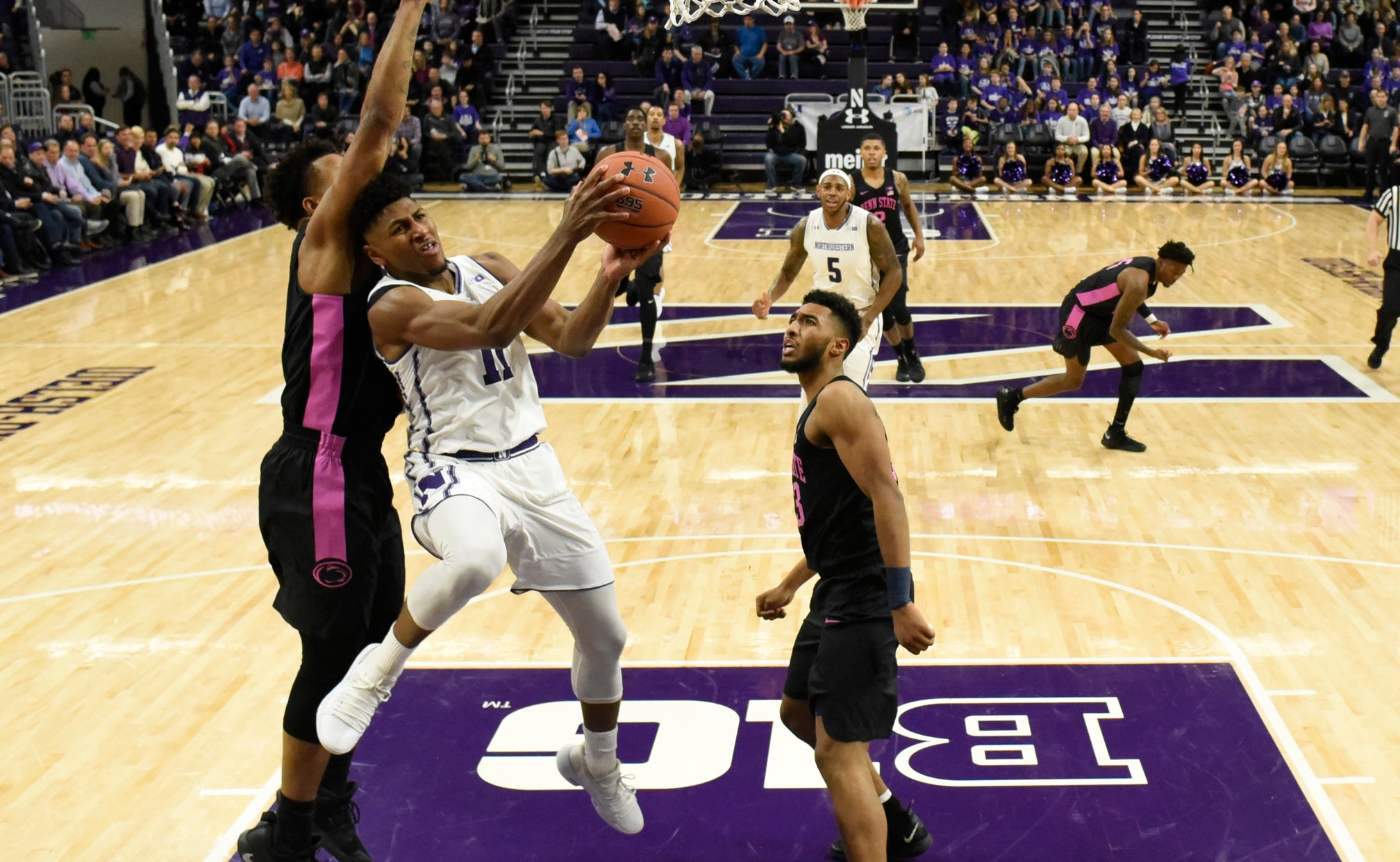 EVANSTON, Ill. (AP) — Lamar Stevens figured Penn State was due for a game like this.

The Nittany Lions stopped their longest losing streak in six years, picked up their first Big Ten victory and let out one big sigh of relief.

"I think it just shows that we can win in this league, for the young guys," Stevens said. "For veterans, just to get that first one, it's huge for us and huge for our momentum."

Stevens had seven rebounds and six assists. Rasir Bolton added 14 points, though he shot just 3 of 14. The Nittany Lions won despite struggling from the floor and the foul line.

That didn't stop them from improving to 3-10 in games decided by single digits and — finally — pulling out a victory in conference play.

"When you put in the hard work and you put in the film and the extra shots, it's gonna pay off," coach Patrick Chambers said. "And they finally got the result that they wanted. We wouldn't be battling these other Big Ten teams in one-possession games if they were thinking otherwise. ... They are focused on getting better. Finally, to see it come to fruition was great for these guys."

Dererk Pardon led Northwestern with 18 points and grabbed nine rebounds. Vic Law had 10 points and 10 rebounds. But he committed six turnovers and shot 3 of 17 after missing 6 of 8 in a five-point effort against Maryland last week.

"Is it very disappointing? Yes," coach Chris Collins said. "Am I very disappointed now? Yes. But I get disappointed after every loss because I feel like we've prepared to try to win every game. Now, the message is we just have to stick together. We have no other choice."

Seeking their first win since a lopsided victory over UMBC on Dec. 29, the Nittany Lions led 45-37 midway through the second half after six-point spurt.

Pardon woke up the crowd when he soared in for tip-in dunk off a miss by A.J. Turner and Law nailed a 3 to make it a three-point game. Miller Kopp cut it to 47-45 when he connected from beyond the arc with just over seven minutes remaining.

But in one ugly stretch, the Wildcats' Law shot a long airball on a 3, Kopp shot another one on a runner and Turner lost the ball going for a fast-break layup after a steal. Law also missed the front end of a 1-and-1 with Penn State leading 53-47 with 4:16 remaining. He also had a layup blocked by Stevens with just under three minutes left and Penn State leading by four.

Penn State: The Nittany Lions were 10th in the Big Ten in free throw accuracy coming into the game. Though they struggled again at the line, they did make 8 of 10 in the final six-plus minutes in stopping the skid and finally picking up a conference victory.

Northwestern: The Wildcats were hoping to stop their streak after double-digit losses to Wisconsin and Maryland. They stumbled instead against the Big Ten's last-place team and dealt their postseason hopes a major blow.

Penn State: The Nittany Lions will try to make it back-to-back wins when they visit Ohio State on Thursday.

Northwestern: The Wildcats will try to get back to winning when they visit Iowa on Sunday. Northwestern lost to the Hawkeyes 73-63 on Jan. 9.