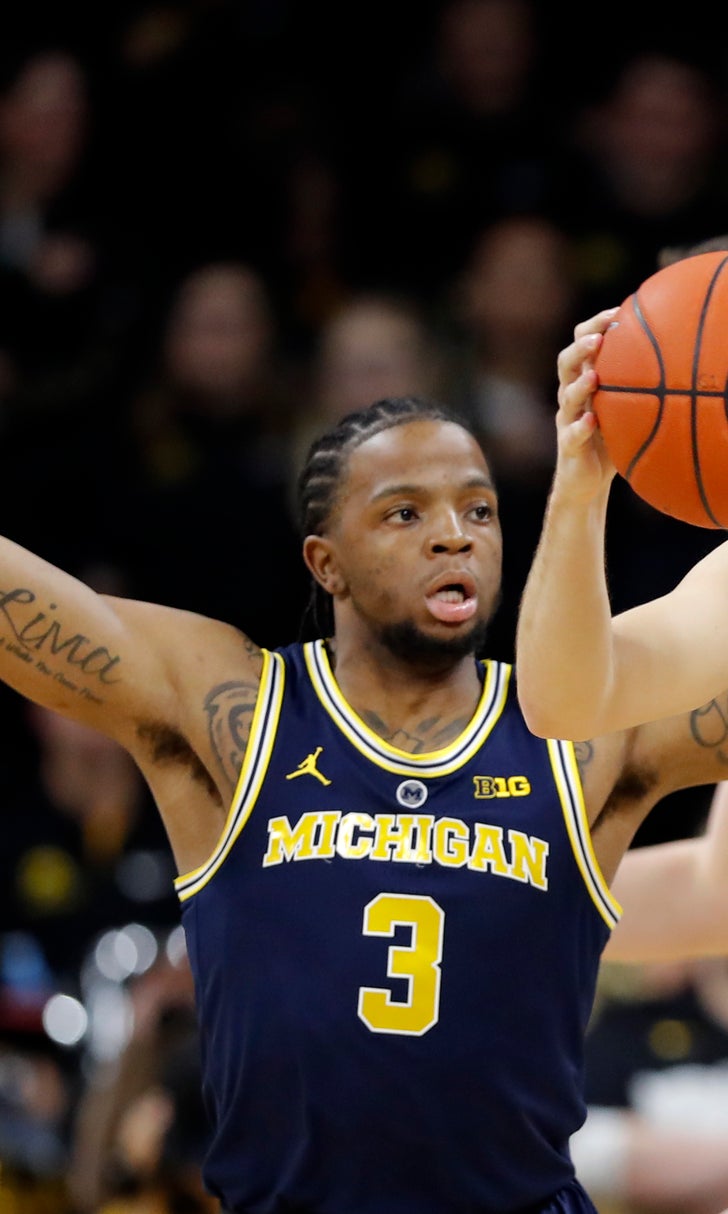 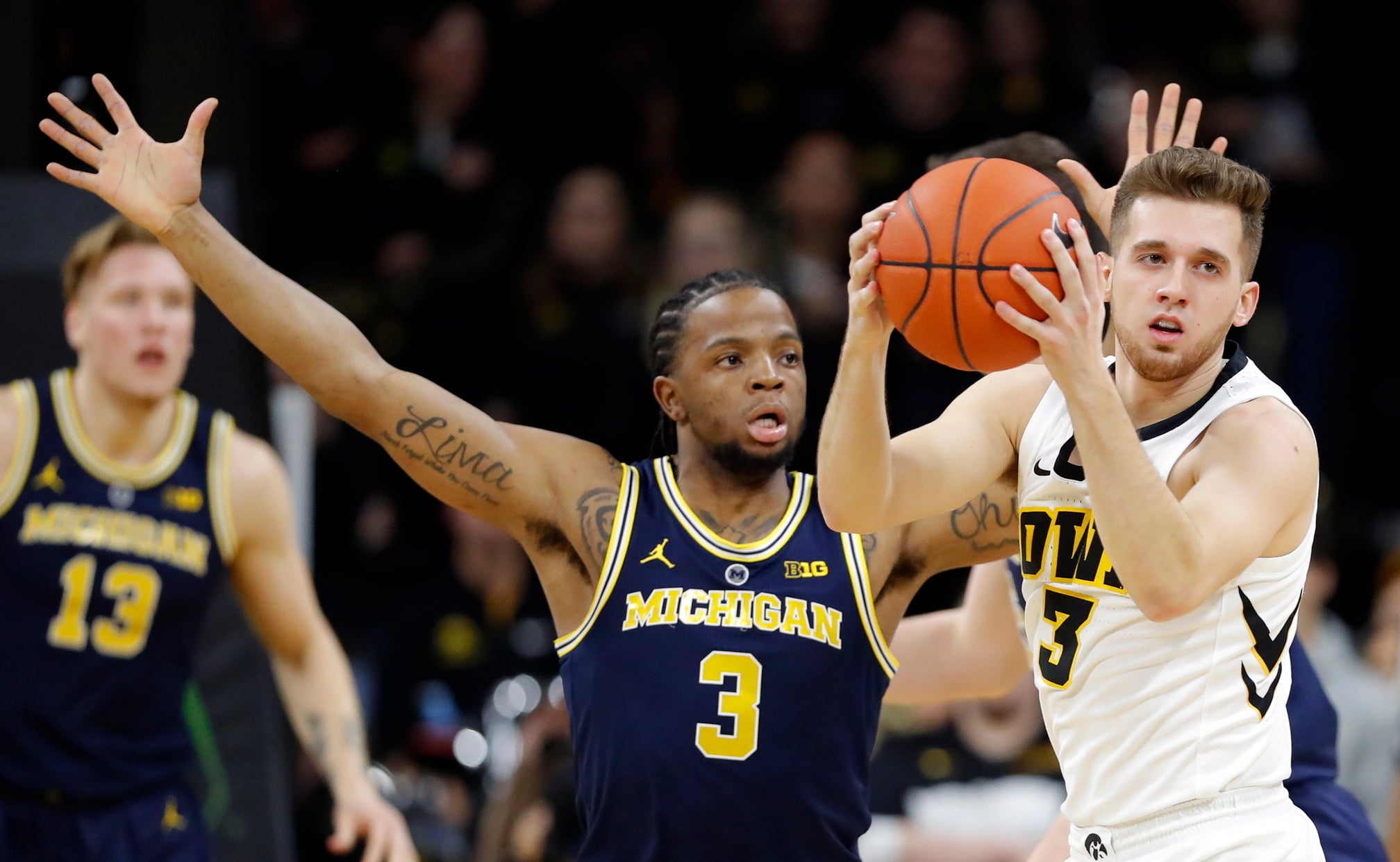 Ryan Kriener had 15 points and 10 rebounds for the Hawkeyes (17-5, 6-5 Big Ten), who snapped a two-game losing streak with their biggest win of the season.

Iowa blistered Michigan's top-notch defense and put the Wolverines in their biggest hole of the season, 14 points, late in the first half. The Hawkeyes used a 21-2 run to grab a 42-29 lead at the break — nearly matching the 49 points Ohio State put up against Michigan in a 16-point loss on Tuesday.

Ignas Brazdeikis and Jordan Poole each scored 16 points for Michigan, which allowed 70 or more points for just the second time this season. Big Blue shot just 32.3 percent and 8 of 33 on 3s.

Buffalo star CJ Massinburg had a chance to tie the game in the final seconds, but his 3-pointer from near the top of the key missed. Dontay Caruthers scored 30 points and Massinburg finished with 26 as the Bulls lost for the second time in four games.

Justin Turner added 22 points for the Falcons (15-6, 7-1 Mid-American Conference), who took first place in the MAC East away from their nationally ranked opponent. Buffalo (19-3, 7-2) was the highest-ranked men's basketball team to face Bowling Green at the Stroh Center, where the Falcons have been playing since 2011-12.

Wisconsin, which leads the Big Ten in hitting nearly 40 percent of its 3-pointers, heated up from outside in the second half to pull away. Davison finished with four 3s for the Badgers (16-6, 8-3).

Eric Ayala led Maryland with 18 points, while Bruno Fernando finished with 13 points and Jalen Smith five, less than half of his 12-point average.